Ayayi, who has been a bit of a revelation for the Zags this season, filled up the stat sheet again. The redshirt sophomore guard from France pulled down six rebounds and also had three assists. He was also 7-of-12 shooting and made 3 of 5 from 3-pointer range.

Petrusev scored 15 of his 17 points in the first half and played just 15 minutes total. Seems coach Mark Few wanted to keep the sophomore forward’s minutes down as the Zags play again on Saturday at 1.

San Diego also turned the ball over 19 times, which the Zags turned into 25 points.

Admon Gilder came off the bench to score 12 points for Gonzaga. He made 5-of-6 free throws as the Zags, who have struggled from the line this season, connected on 14 of 19.

Corey Kispert was the only other Bulldog in double figures. The forward from Edmonds, Washington, had 10 points and took just six shots.

Gonzaga didn’t score on its first two possessions. That was about the only resistance the top-ranked Bulldogs encountered the rest of the game. | Read more »

TV Take: Plenty of wipeouts for KHQ crew to analyze in Gonzaga’s rout of San Diego

The wipeout nature of the game – appropriate, in a sense, for surfer paradise San Diego – allowed the Spokane-based crew to examine some aspects of the Zags’ season that may belie their No. 1-ranking a bit. | Read more »

Gonzaga-San Diego: 3 keys to the Bulldogs’ victory over the Toreros 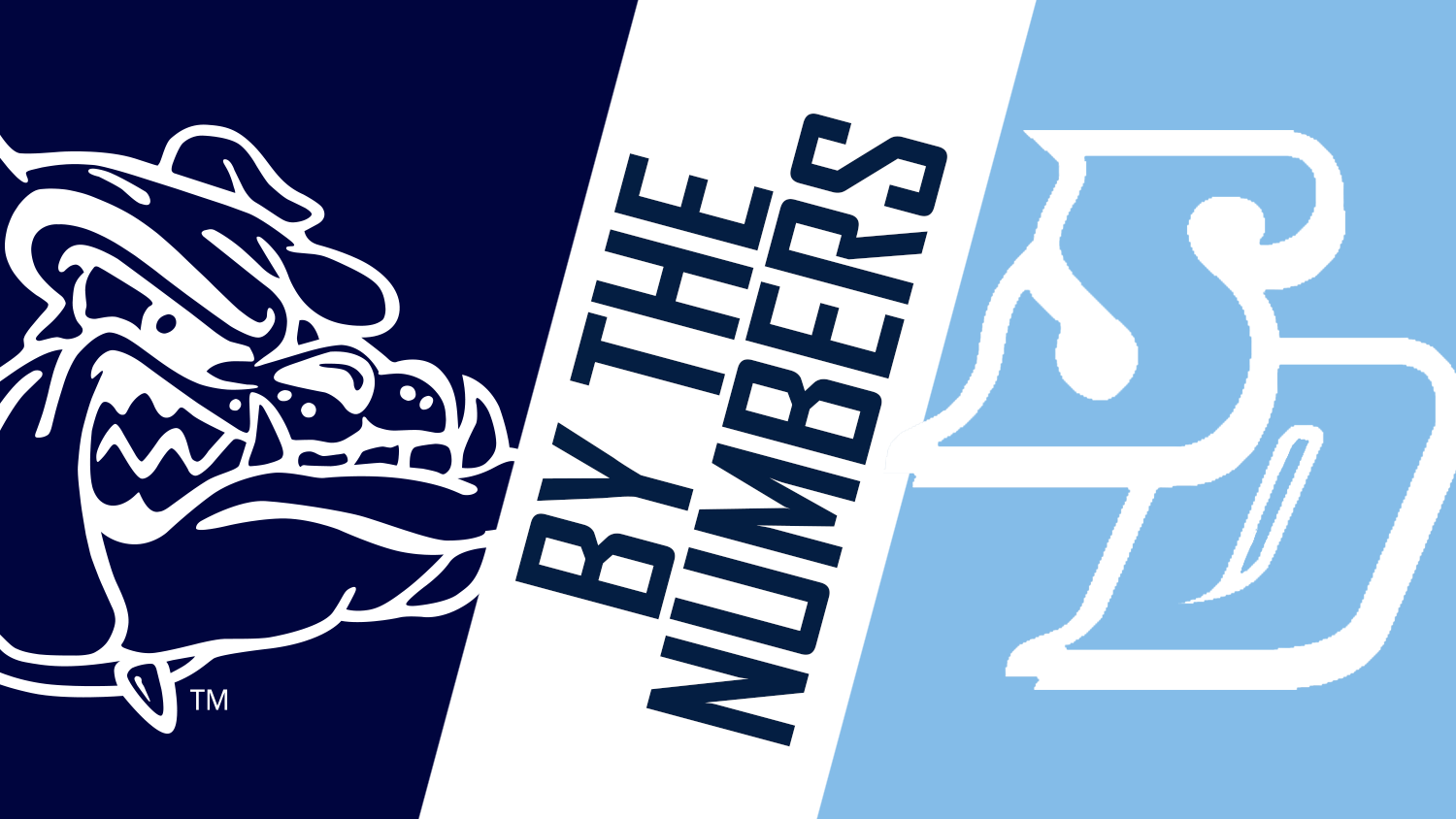 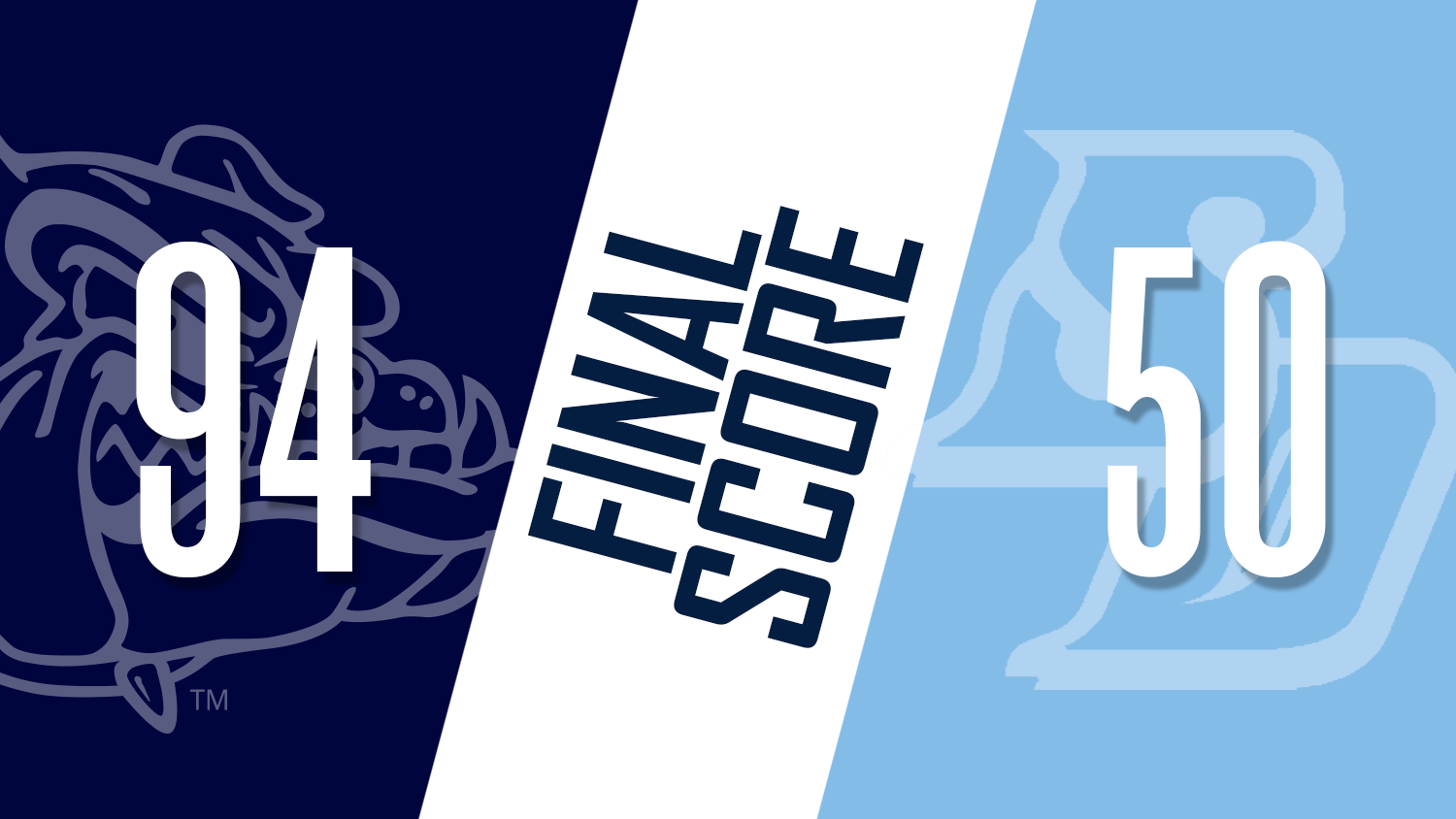 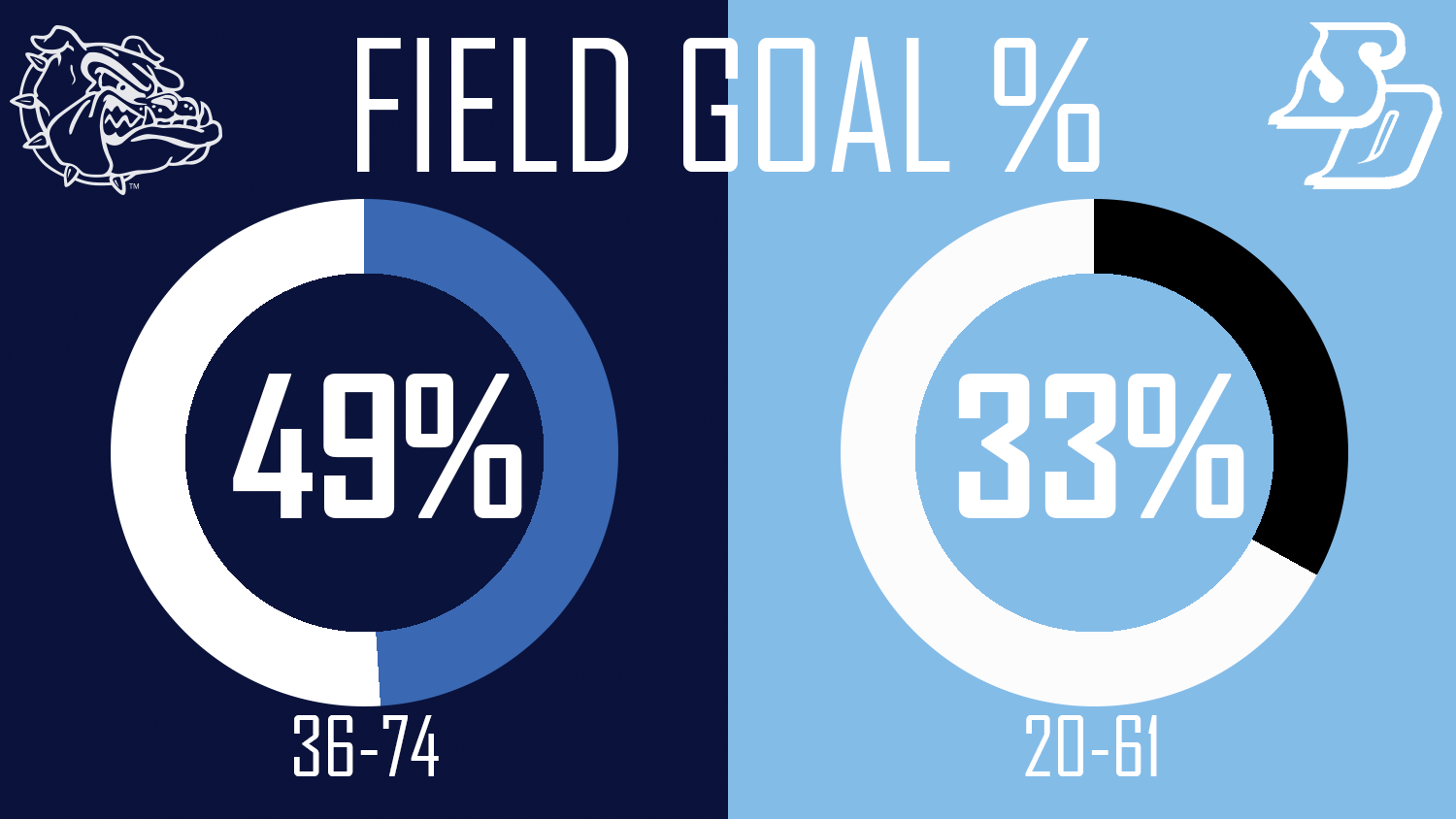 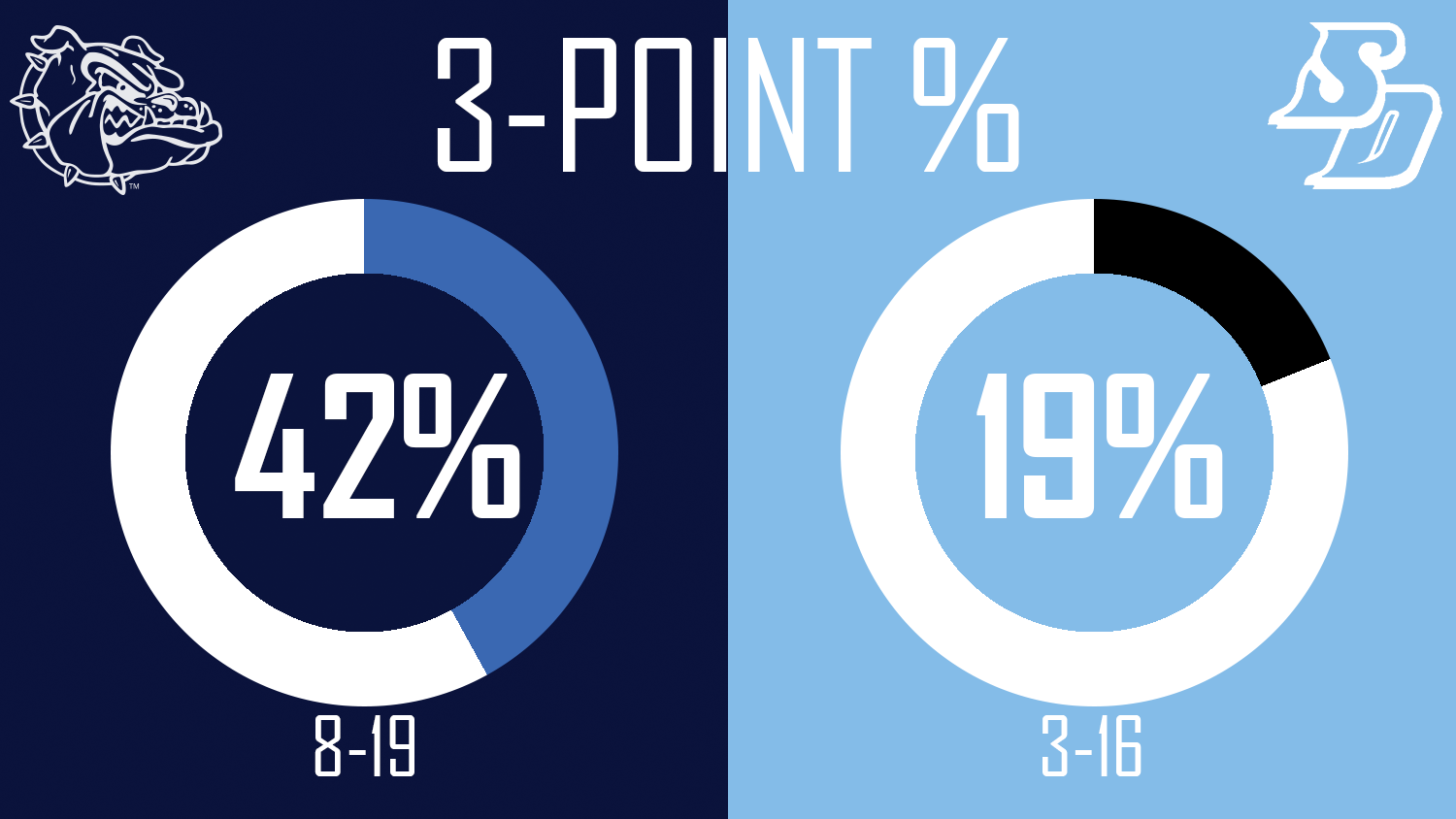 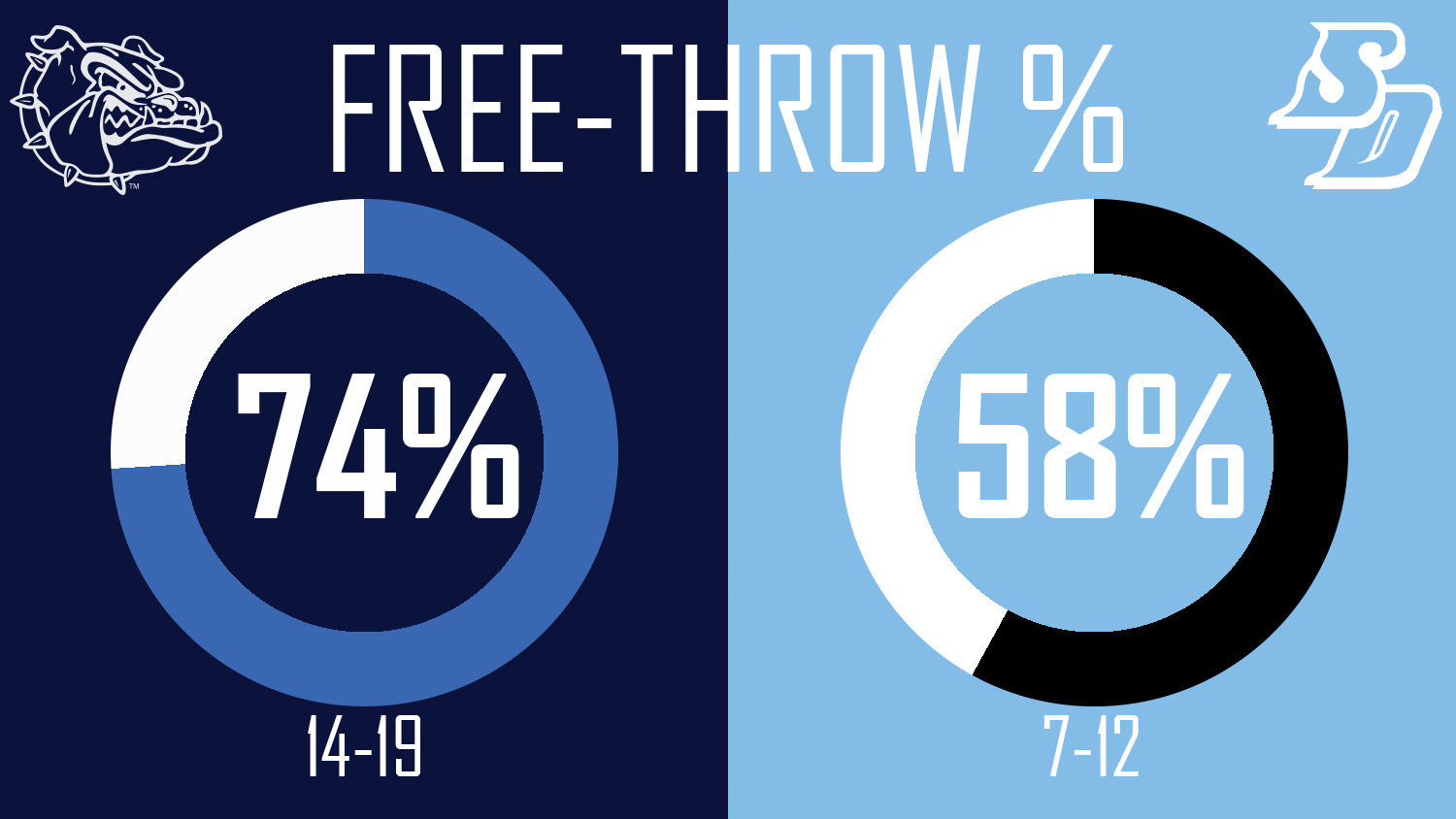 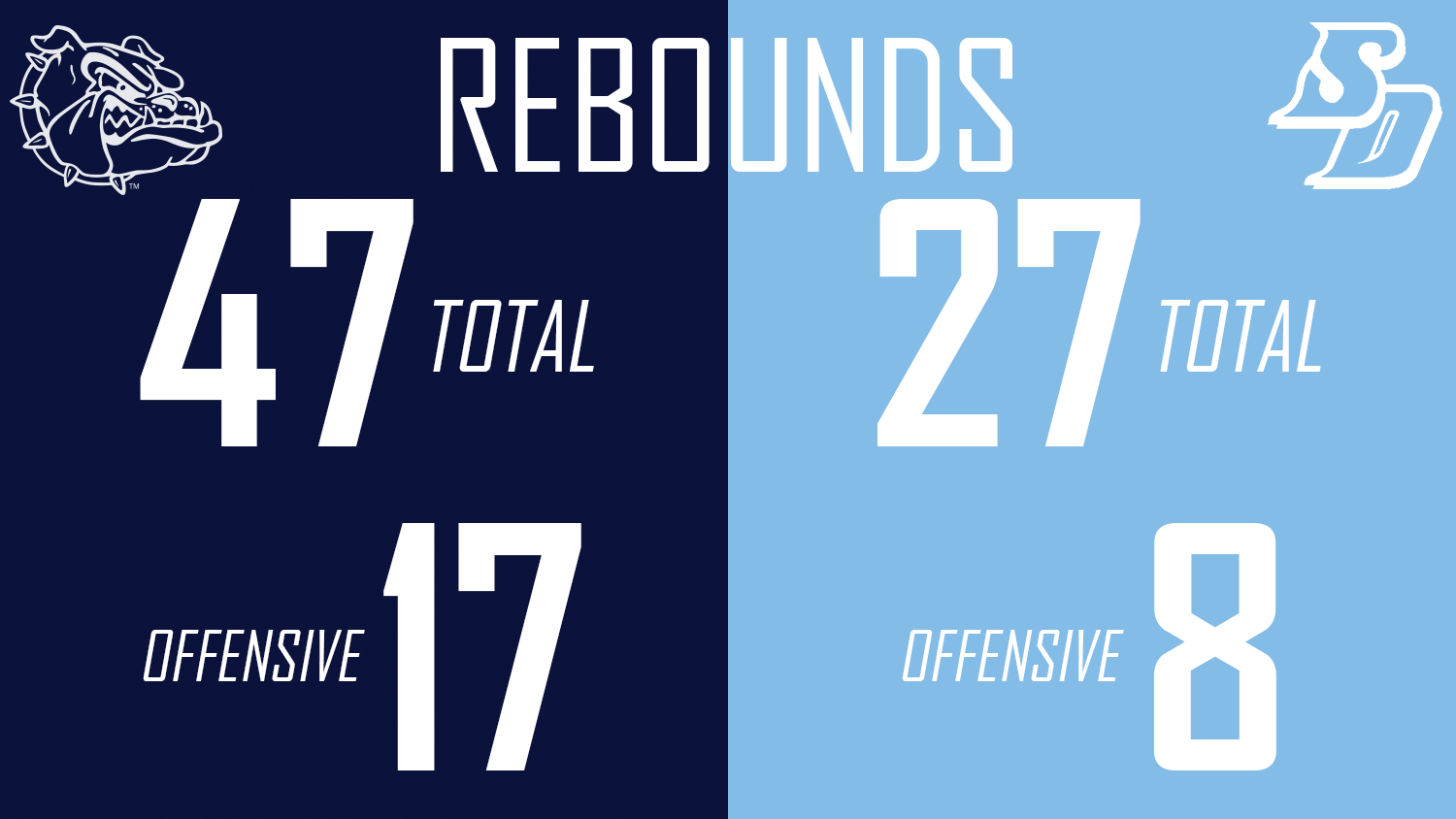 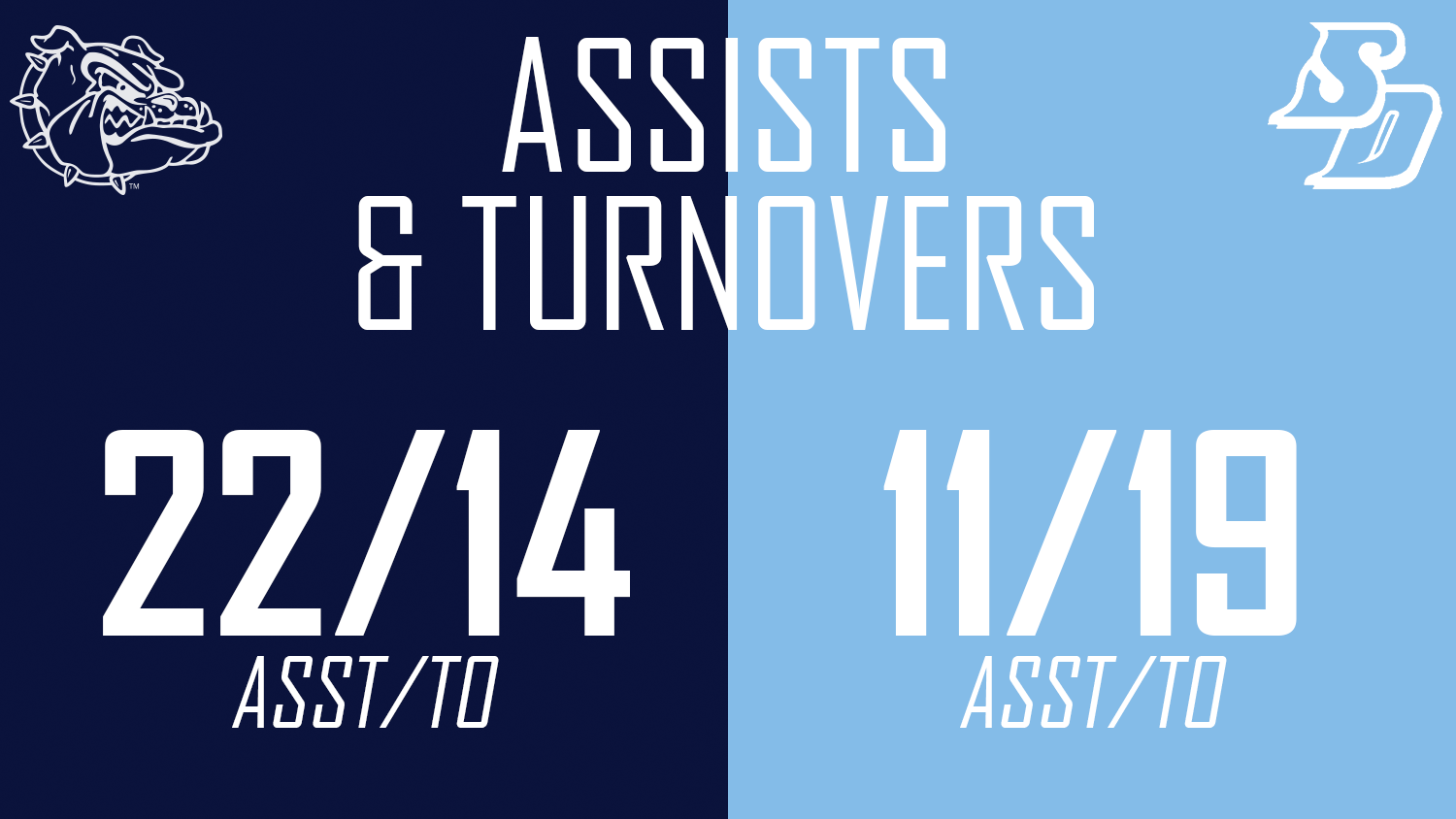 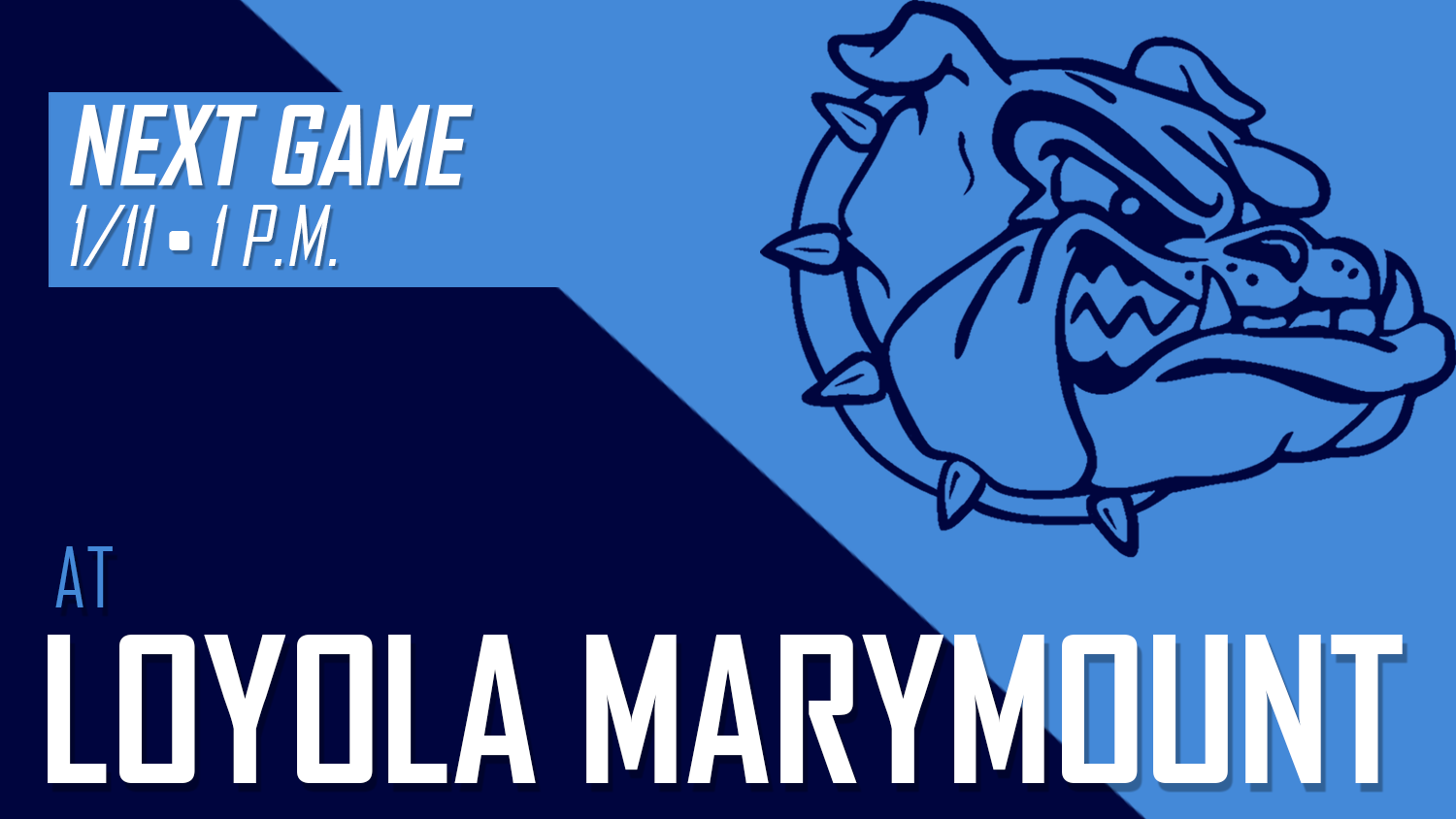 GU went to Petrusev on its first three possessions. The forward picked up a questionable offensive foul on the first play when he made contact with a San Diego defender inside the restricted area under the basket. The native of Serbia followed that with a tough hook shot in the lane and an and-1 from on a contested layup. After making the free throw, Petrusev was replaced by Timme.

Joel Ayayi stepped into a 3 to put GU up 10-3 and San Diego needed a timeout to try and slow the Bulldogs’ momentum just 3 minutes into the game.

11:13 – Gonzaga 27, USD 6: Filip Petrusev has seven points and the red-hot Bulldogs lead by 21 just nine minutes into the game.

Joel Ayayi has added five for Gonzaga, which is 12-of-18 shooting.

Gonzaga has forced San Diego into five turnovers and has turned those into six points.

One issue for Gonzaga: foul trouble on the bigs. Substitutes Anton Watson and Drew Timme each have two fouls, while starters Filip Petrusev and Killian Tillie each have one. San Diego is already in the bonus.

7:51 – Gonzaga 31, USD 10: All eight Zags who have played have scored and GU continues to stymie the Toreros.

Filip Petrusev leads Gonzaga with nine points, Joel Ayayi has five and Drew Timme and Ryan Woolridge each have two.

Gonzaga is shooting 60.9% from the field and have held San Diego to just 17.6% shooting. The Torreos have been held to 17 shot attempts and have turned the ball over six times.

GU leads in points in the paint, 22-4, and rebounds, 14-7, as their bigs have had little trouble with San Diego’s forwards.

Woolridge exited the game after he appeared to hurt his knee when he was chipped by a ball screen.

Joel Ayayi has seven for GU, while Ryan Woolridge, who returned from an injury scare, has six.

The Bulldogs have held USD to 5-of-22 shooting and forced nine Toreros’ turnovers.

Half – Gonzaga 53, USD 16: Filip Petrusev has 15 points, Corey Kispert has 10 and the Bulldogs have clamped down on the host Toreros through the first 20 minutes.

Gonzaga’s defense pressed USD into 6-of-26 shooting in the half, with only Toreros’ leading scorer Yauhen Massalski connecting on over 50% of his shots. The Toreros also turned the ball over 14 times and grabbed just three offensive rebounds.

Ryan Woolridge has added eight points for Gonzaga while Joel Ayayi has chipped in seven.

Massalaski has eight for USD.

Ayayi is filling up the stat sheet again for Gonzaga. The guard from France is up to 14 points and has six rebounds and two assists.

Braun Hartfield has nine points on 4-of-13 shooting to lead San Diego.

Gonzaga, holding the big lead, has given plenty of time to little-used reserves Martynas Arlauskas and Pavel Zakharov in the second half. Zakharov has two points, Arlauskas has a steal. Matthew Lang has also checked in for GU.