Writer/director/actor/comic and movie geek Kevin Smith comes to Spokane on Wednesday showing the latest installment of his “View Askewniverse” film series and taking questions from the audience.

If it’s been too long since you last re-watched Smith’s movies — or if you donated your VHS copies to Goodwill or something and you’re too cheap for Netflix — here’s a recap of Smith’s interlocking comedy+romantic+geekfest movie series:

Two not-really-competent clerks — one works at a convenience store and one at the video rental joint next door — discuss movies, their love lives and just about everything else — anything is better than waiting on those annoying customers.

Brian O’Halloran and Jeff Anderson as the clerks and Jason Mewes and Smith himself as a couple of pot dealers who hang out in front of the store.

Smith actually was a clerk in that very convenience store. They’d shoot all night and then Smith would work all day. They filmed in black-and-white because Smith couldn’t afford to have his film properly color-corrected.

The F-bomb is dropped 91 times in this film.

Dumped by their girlfriends on the same day, a couple of besties console each other by — what else? — hanging out at the mall, where they run across all their strange friends.

Smith’s “View Askewniverse” films famously take place in Jersey. But this one was filmed at Eden Prairie Center Mall, southwest of Minneapolis.

The studio wasn’t sold on Mewes reprising his role as Jay so they brought in Seth Green to audition for the part.

Making a cameo appearance in which he offers romantic advice to one of the stars: Legendary Marvel comics creator Stan Lee.

Two comic book creators create a successful comic based on their lovable loser pals, Jay and Silent Bob. But the artist falls in love with another comic book artist, who happens to be a lesbian.

Smith was dating Adams at the time and based the story on his experiences with her.

Early in the film, Affleck’s character, Banky, is accused by a comics fan of being a “tracer.” That fan was played by Casey Affleck, Ben’s brother.

Smith wrote three issues of the “Bluntman and Chronic” comic book shown in the film. And they were actually released by Image Comics.

When two fallen angels plan to use a loophole to re-enter heaven and destroy all of creation, it’s up to the last scion, the 13th disciple and two prophets — yes, those would be Jay and Silent Bob — to stop them.

Catholics turned out in droves to protest theaters that played the movie. Smith was so amused that he hopped out of his car one evening, picked up a spare sign and joined them. A local TV crew recognized him and interviewed him for the 11 o’clock news, but were kind enough to not out him in front of the mob.

JAY AND SILENT BOB STRIKE BACK

When Jay and Silent Bob find out they’re making a movie about Bluntman and Chronic — the comic book characters that are based on them — they take a road trip to Hollywood to demand their cut.

Ferrell plays a federal wildlife marshal named Willenholly ... think “Will and Holly,” from the 1970s Saturday morning TV show “Land of the Lost.”

The F-bomb is dropped 148 times in this film.

The Mooby’s burger joint was actually a closed-down Burger King in Buena Park, Calif., not far from Knott’s Berry Farm.

By this point, Smith was able to feed on himself for material. For example, Randal’s rant about the “Lord of the Rings” movies is taken nearly word-for-word from a rant Smith made onstage that appeared on “An Evening with Kevin Smith 2.”

The F-bomb is dropped 136 times in this film.

After Jay and Silent Bob are arrested for growing marijuana in the old video store, they discover there will be a rebooted “Bluntman and Chronic” movie. Naturally, they set off again for Hollywood.

Everyone, say it along with me this time: Mewes! And Smith!

Originally, Stan Lee was to play a pivotal role near the climax of the movie. Smith had to rewrite after Lee’s death.

Smith and Affleck had a falling out and barely spoke to each other for about 10 years. After a reporter asked Smith if Affleck would appear in this film, he added a part for him and filmed it at the last minute. Affleck called the cameo role “magical.”

In 1994, Smith and his associates made an animated series for ABC-TV based on his original “Clerks” movie. 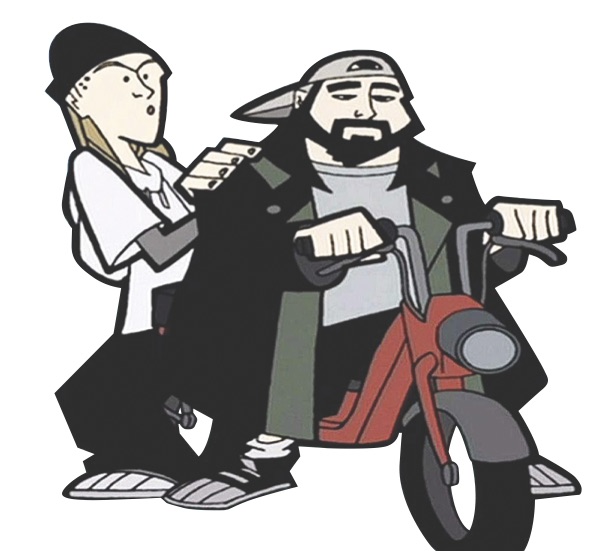 They made six episodes. ABC canceled the show after two were broadcast. The entire series would be released on DVD in 2001.

Smith took the movie on the road, pairing it with Q&A sessions. It saw limited DVD release in 2015 and is now reportedly streaming on Netflix.

Martin Woldson Theater at the Fox

In 2006, Smith was hired to write the script for a Superman movie — “Superman Lives,” to star Nicolas Cage — but the project fell apart.

Smith has written a number of comic books: Most notably a six-issue Spider-Man/Black Cat team up, “The Evil That Men Do” and a six-issue Batman series, “The Widening Gyre.”

Smith has appeared on reality TV shows, hosted a movie review show and has directed episodes of “The Goldbergs,” “The Flash” and “Supergirl.” 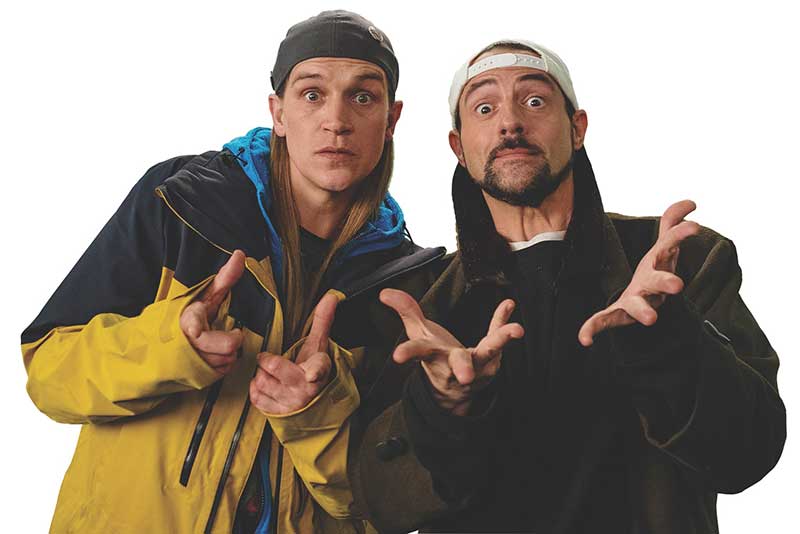