PULLMAN – Four members of Nick Rolovich’s coaching staff at Hawaii were in Pullman Thursday afternoon for the coach’s introductory news conference at Washington State, and not just to support the man leading the new era of Cougars football.

Seated in the front row, all four were dressed in Washington State attire, and Rolovich later confirmed to The Spokesman-Review he plans to hire them on his new staff, though nothing has been finalized yet.

“Yes, I hope to take them here,” Rolovich said.

Also attending Thursday’s press conference was Jason Cvercko, who’s been Rolovich’s chief of staff each of the past two seasons and just finished his fourth year at Hawaii.

Some Hawaii fans had lobbied for Stutzmann to replace Rolovich in Honolulu. Tennessee Titans quarterback Marcus Mariota, a Hawaii native who played at Saint Louis High, encouraged the QBs coach to consider the head coaching position, according to the Star-Advertiser. Stutzmann was a standout wide receiver at Saint Louis, the school where WSU QB signee Jayden de Laura just wrapped up a stellar career, winning two state championships. 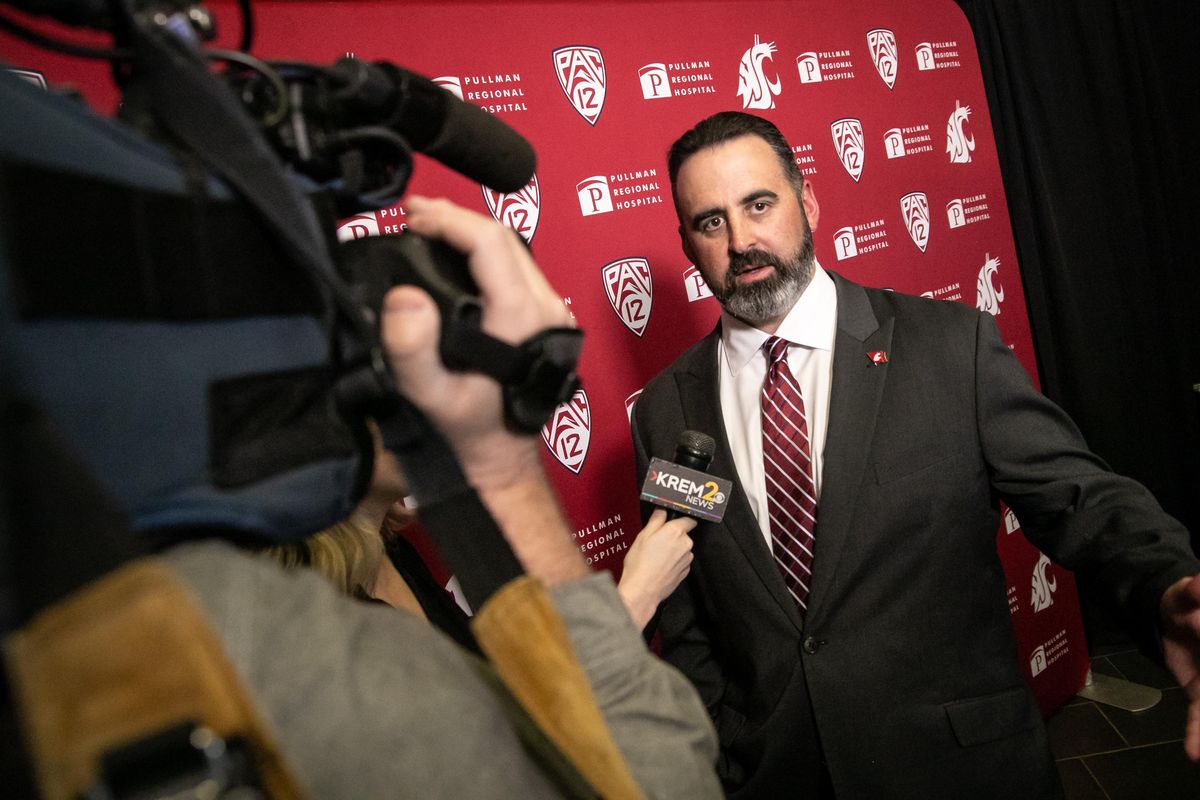 Smith is a Thousand Oaks, California, native and former Hawaii offensive lineman who’s spent eight seasons with the Rainbow Warriors in a number of capacities. Under Smith’s direction, Hawaii has the nation’s ninth-best passing offense in 2018 and fifth best in 2019.

A former UCLA defensive end, Ghobrial spent five years at his alma mater in different roles before coaching defense as a graduate assistant at Syracuse and moving on to coach the defensive line at Colorado Mesa and Tarleton (Texas) State. As Hawaii’s special teams coach, the Torrance, California, native helped the Warriors finish fifth in the country in blocked kicks two seasons ago.

Cvercko has been with Rolovich since he was offensive coordinator at Nevada, serving as the Wolf Pack’s coordinator of recruiting operations, and spent his first two years in Honolulu working as Hawaii’s Director of Recruiting and Retention.