SANTA CLARA, Calif. – Filip Petrusev scored a career-high 31 points and the No. 2 Gonzaga Bulldogs held off the Santa Clara Broncos 87-72 on Thursday night at Leavey Center.

Petrusev was dominant inside, going 14-of-18 shooting and grabbing nine rebounds in 30 minutes. The sophomore from Serbia led four Bulldogs in double figures scoring.

Ryan Woolridge added 13 points, while Admon Gilder and Drew Timme each came off the bench to chip in 11.

The Zags lost starting forward Killian Tillie for the game near the midway point of the first half. The senior challenged a shot inside, landed oddly on his left foot and had to be helped to the locker room.

DJ Mitchell paced Santa Clara with 17 points. He made his first three 3-pointers as the Broncos rallied at the end of the first half to get within one point of Gonzaga.

The Zags limped into halftime with a four-point lead, but came out of the break strong.

Petrusev scored eight points in the first four minutes of the half to balloon the Zags’ lead to double digits.

Gonzaga got the lead to 15 midway through the period after Santa Clara went over 4:30 with a basket. However, quick runs of 8-2 and 6-0 would get the Broncos within seven with just over 5 minutes to play.

That’s as close as Santa Clara would get though, as Petrusev scored on the next two GU possessions to get the lead back to double digits.

Gonzaga held the rebounding advantage, 43-32, over SCU and turned 12 Broncos’ turnovers into 16 points.

The junior typically wears No. 24, but gave that number up for this game in honor of Kobe Bryant.

Bryant, his 13-year-old daughter and seven others died in a helicopter crash in California on Sunday. Bryant word No. 24 for the Los Angeles Lakers.

The second-ranked Bulldogs rode a career night from Filip Petrusev to an 87-72 win over Santa Clara, but their already shorthanded seven-man rotation dwindled to six after senior forward Killian Tillie exited with a left ankle injury. | Read more »

The music CBS plays headed to a break is the same it uses during March Madness, a name it has copyrighted. | Read more »

Gonzaga-Santa Clara: 3 keys to the Bulldogs’ victory over the Broncos

Tillie swatted Jalen Williams’ shot with about 9 minutes remaining in the first half before tumbling to the court. He exited the court without putting any weight on his left leg with assistance of trainer Josh Therrien and a team manager. | Read more » 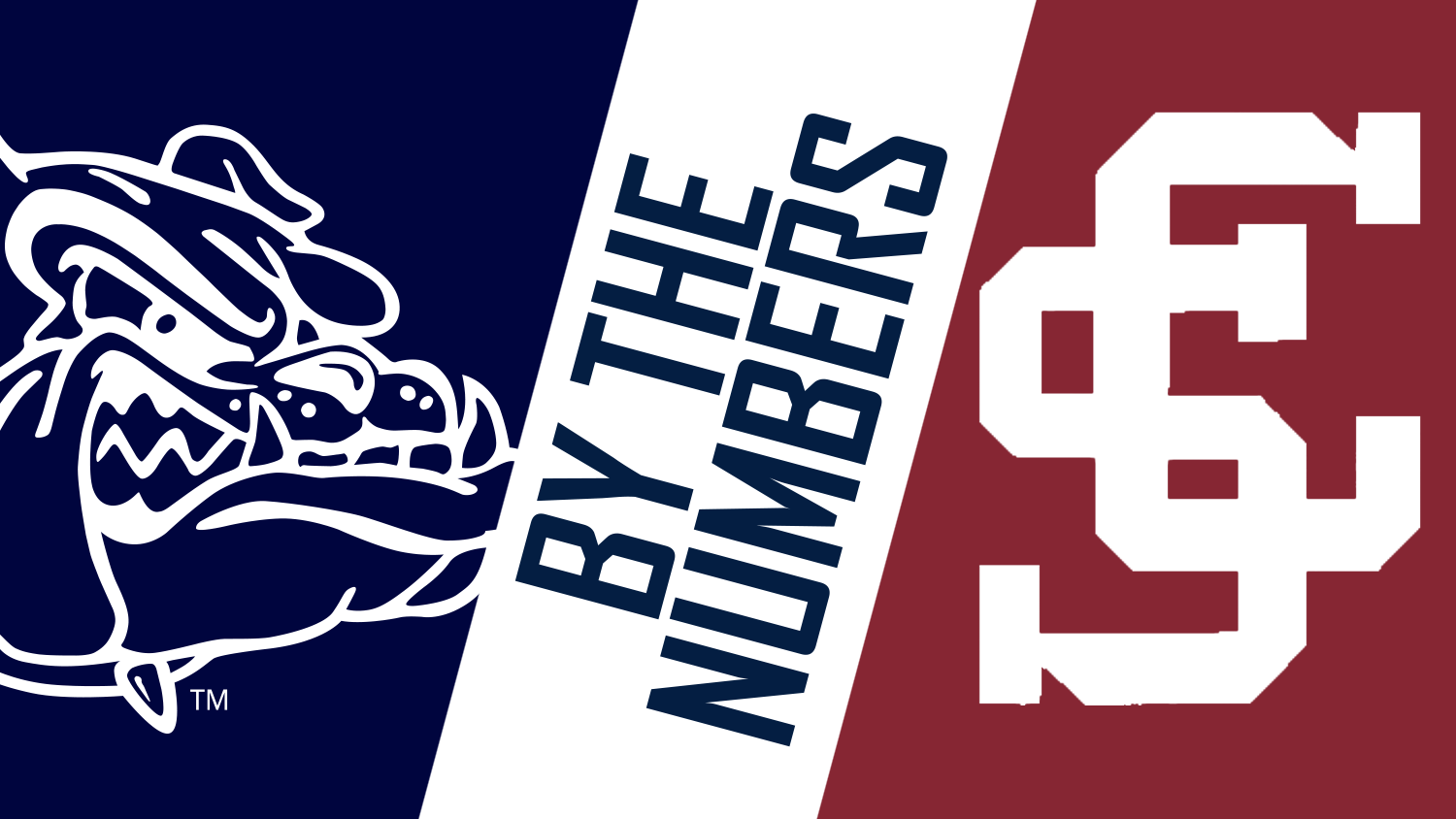 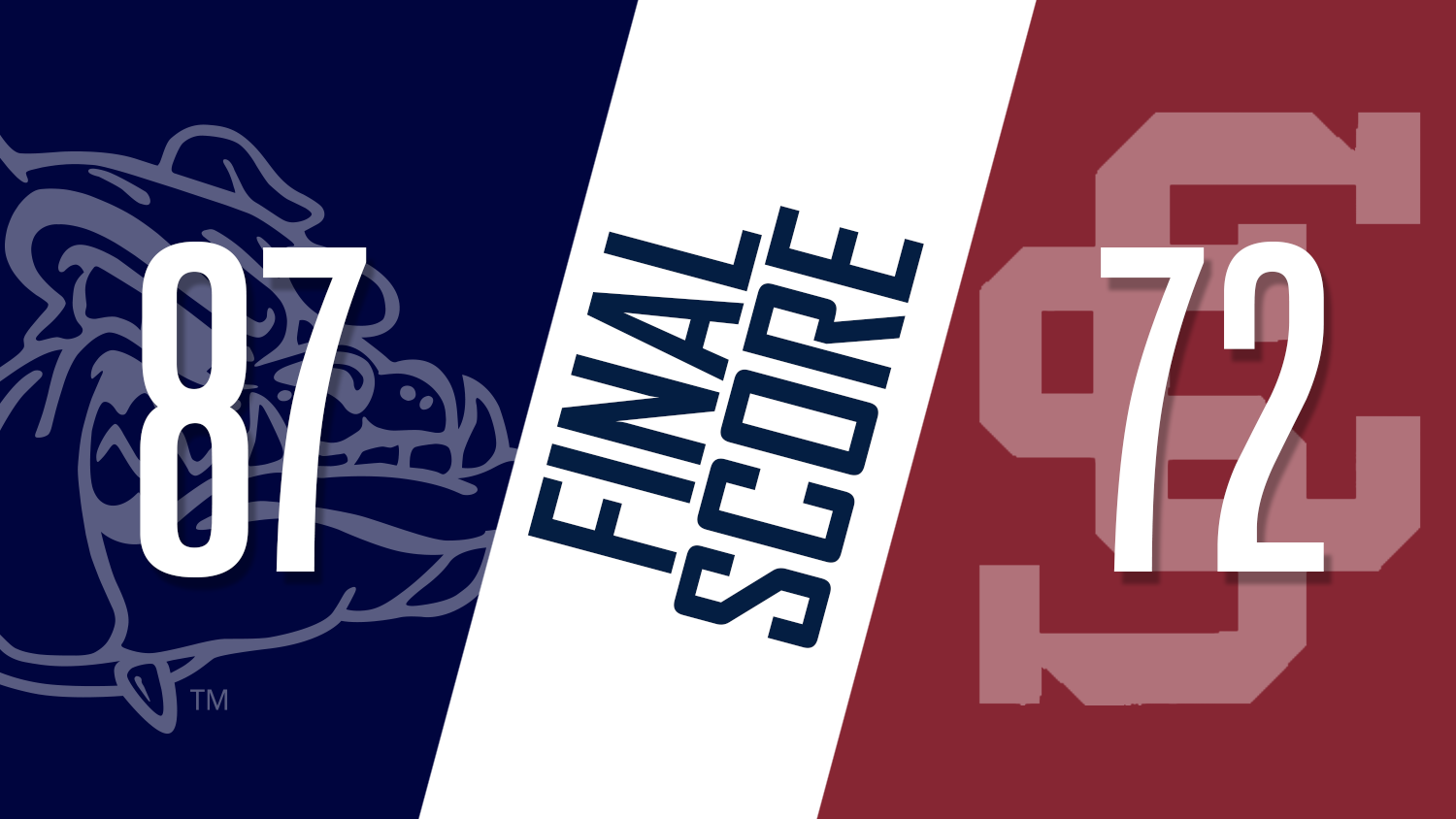 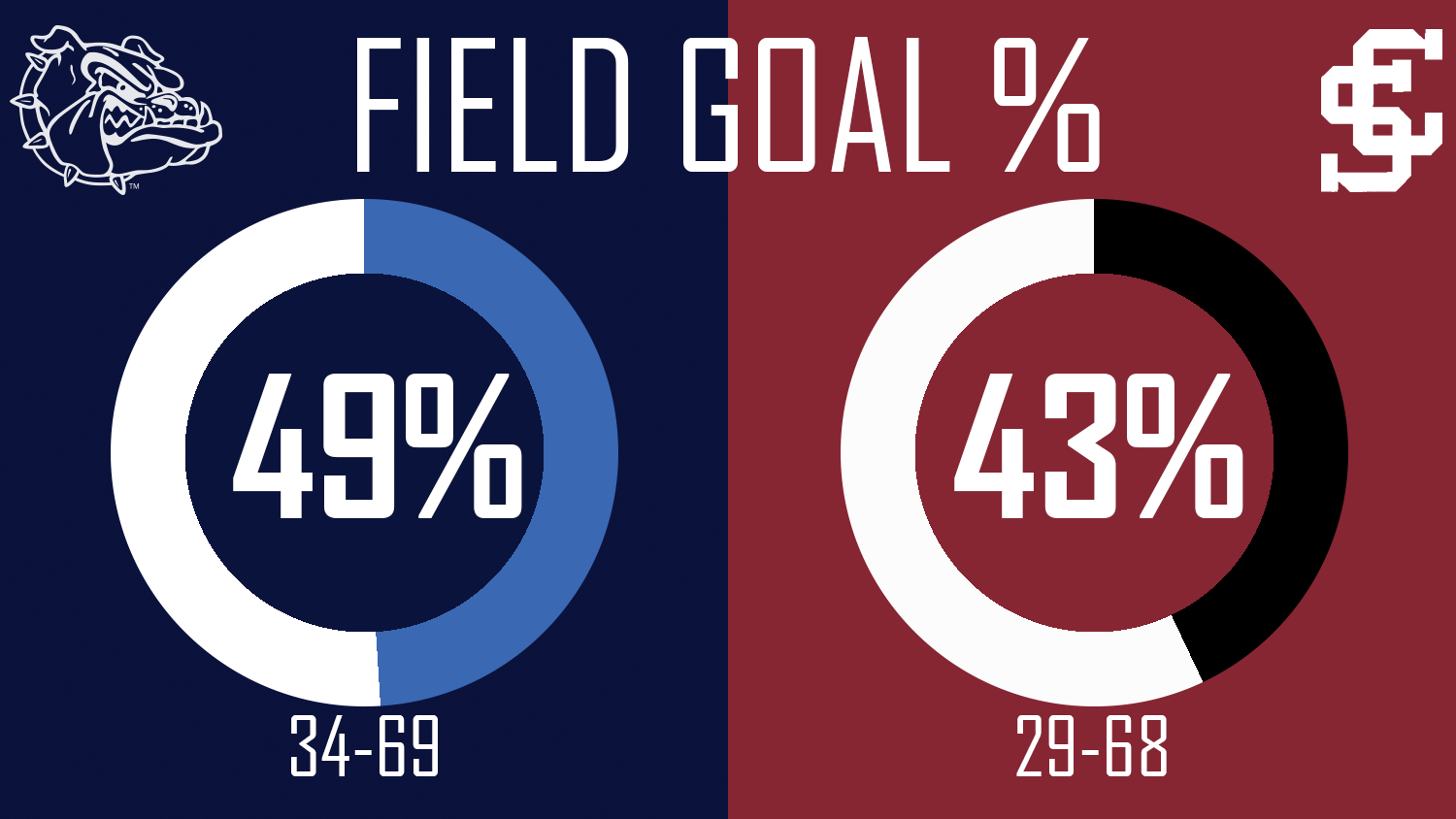 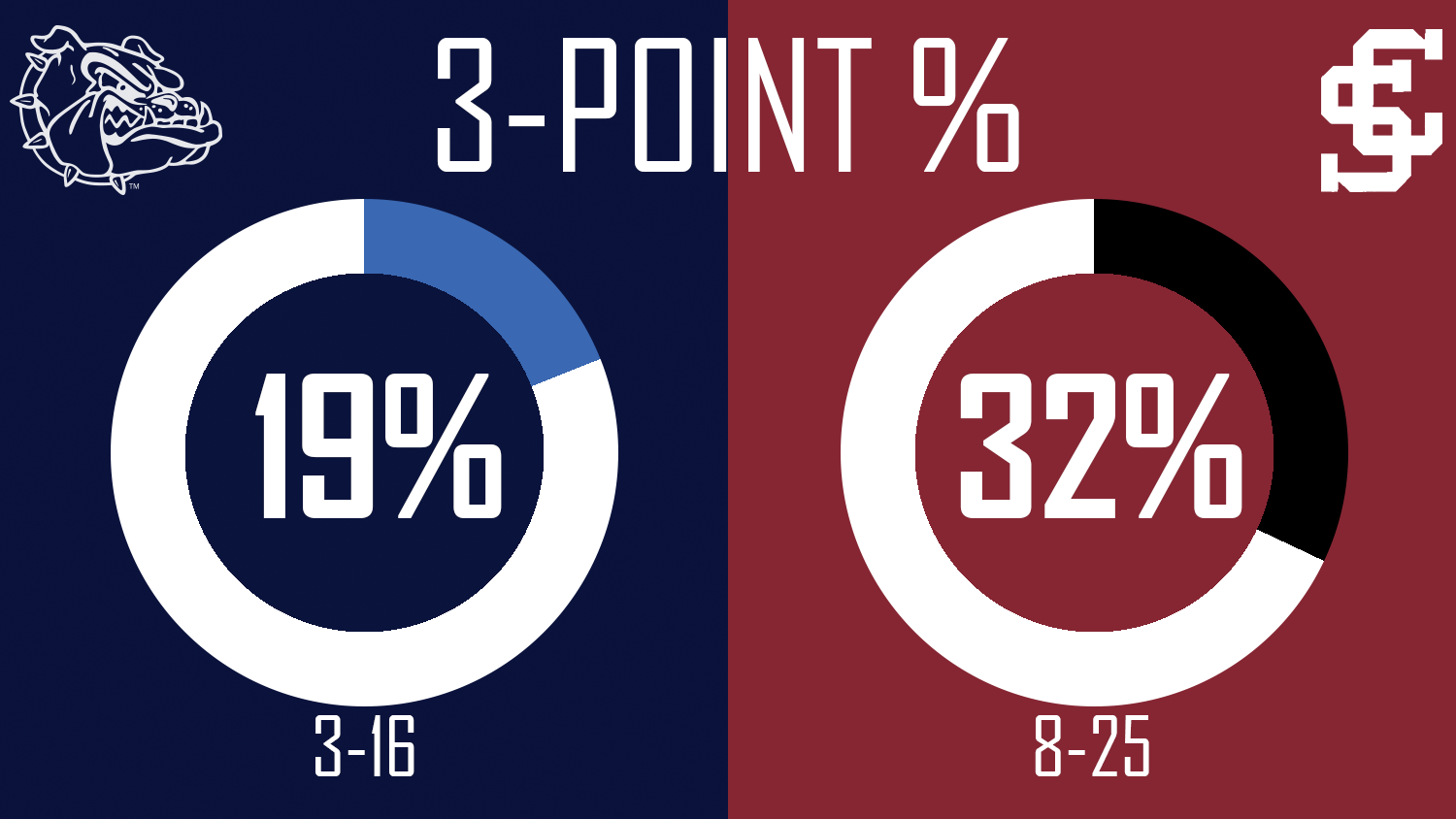 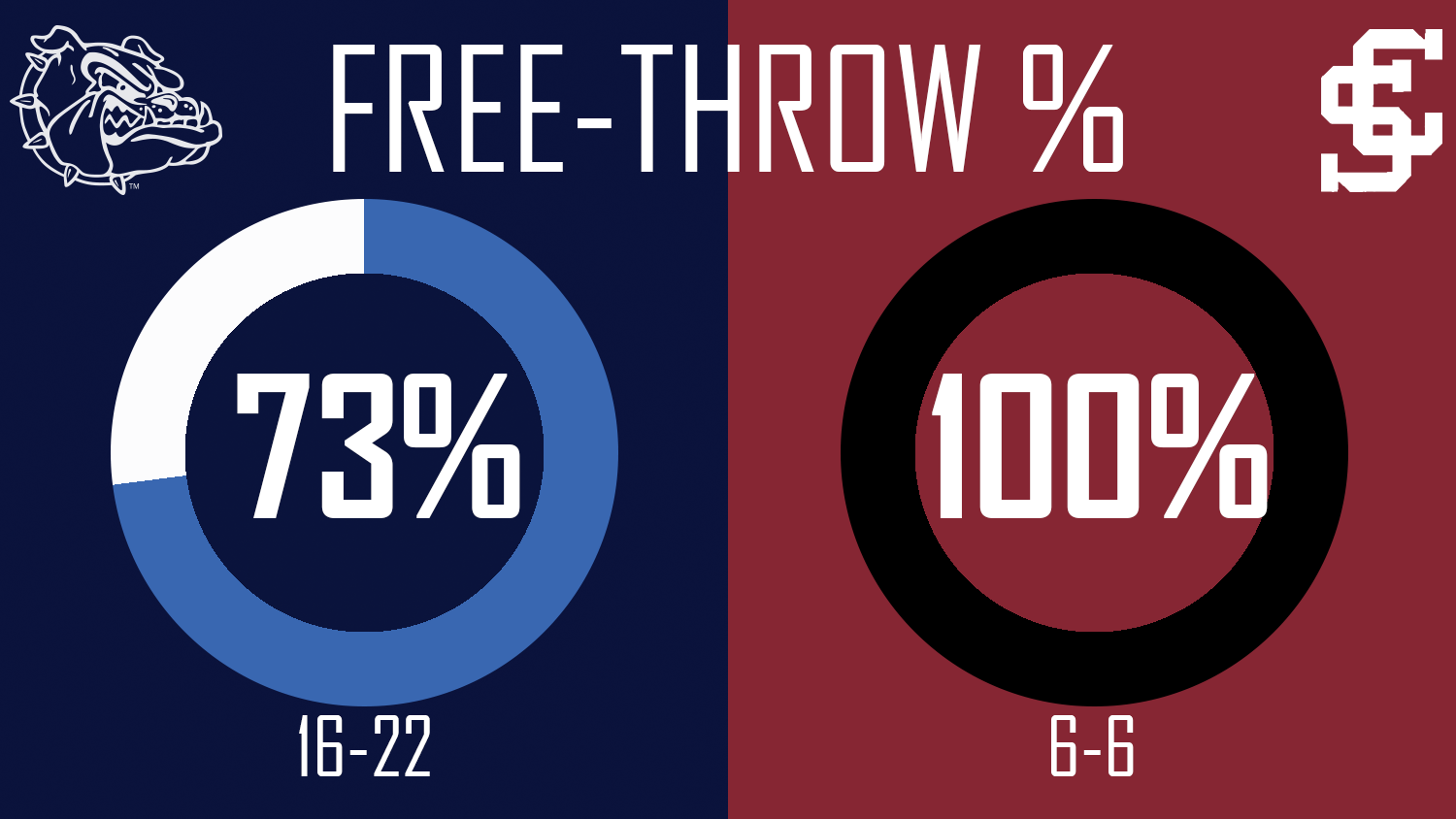 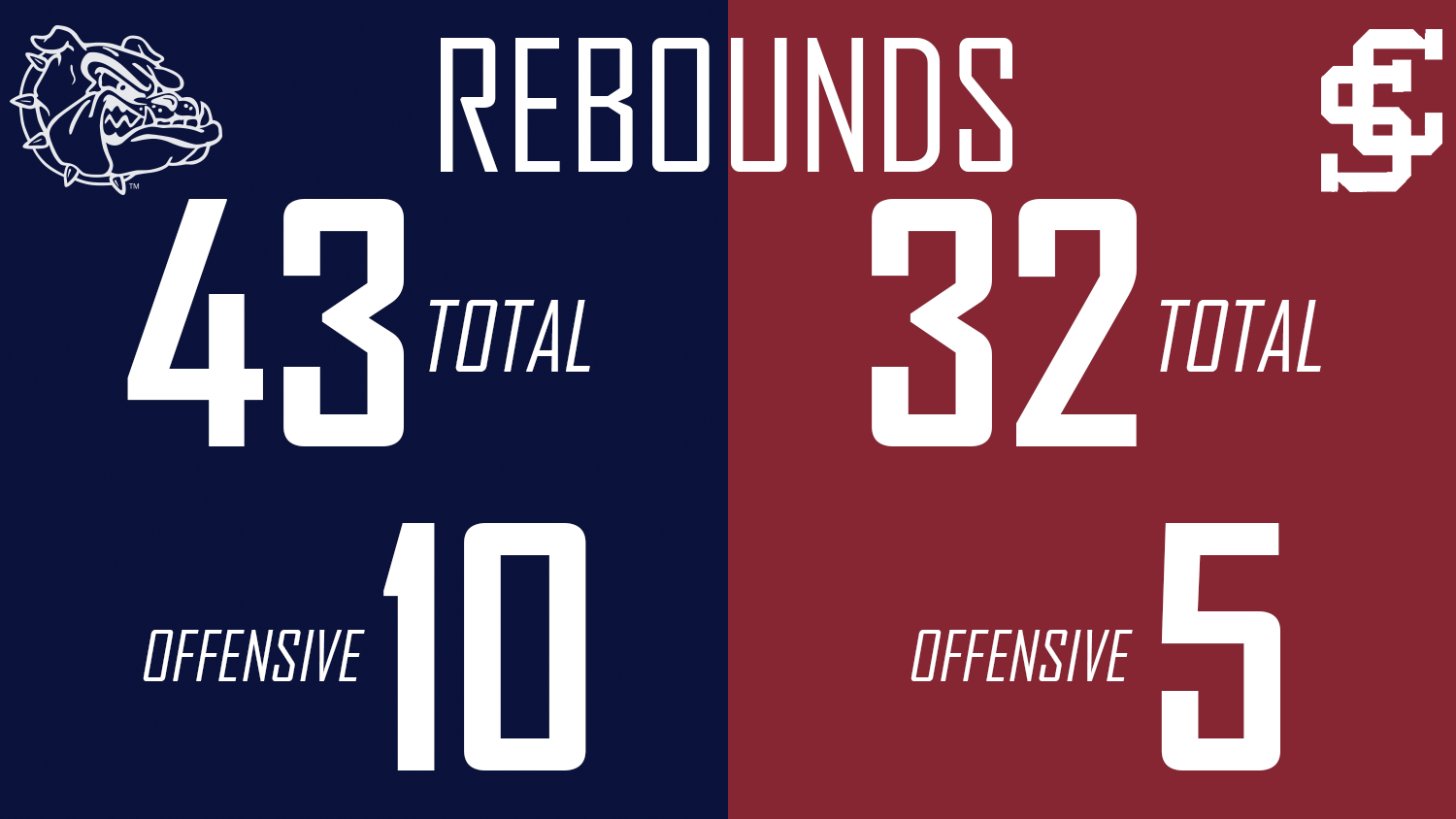 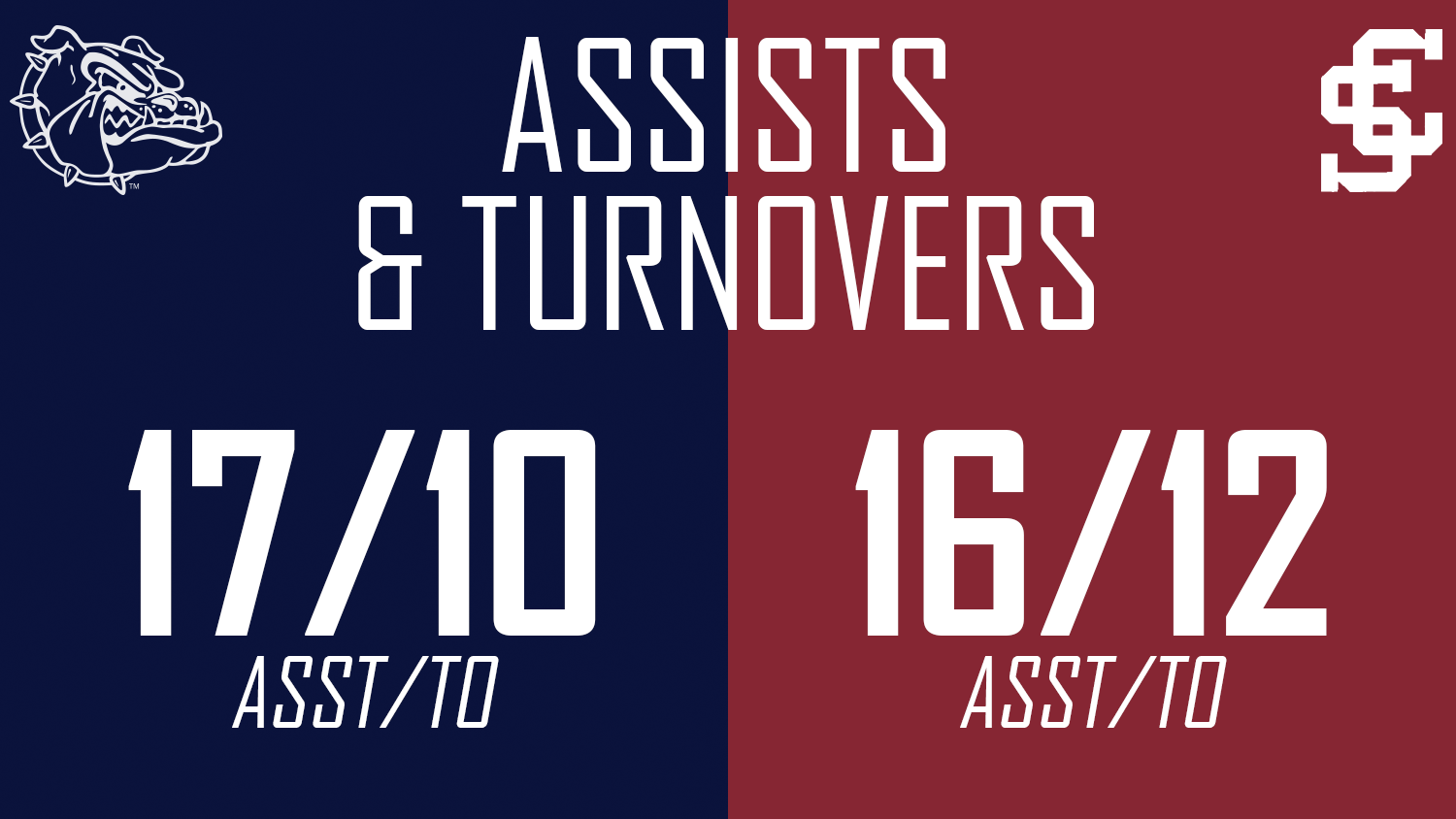 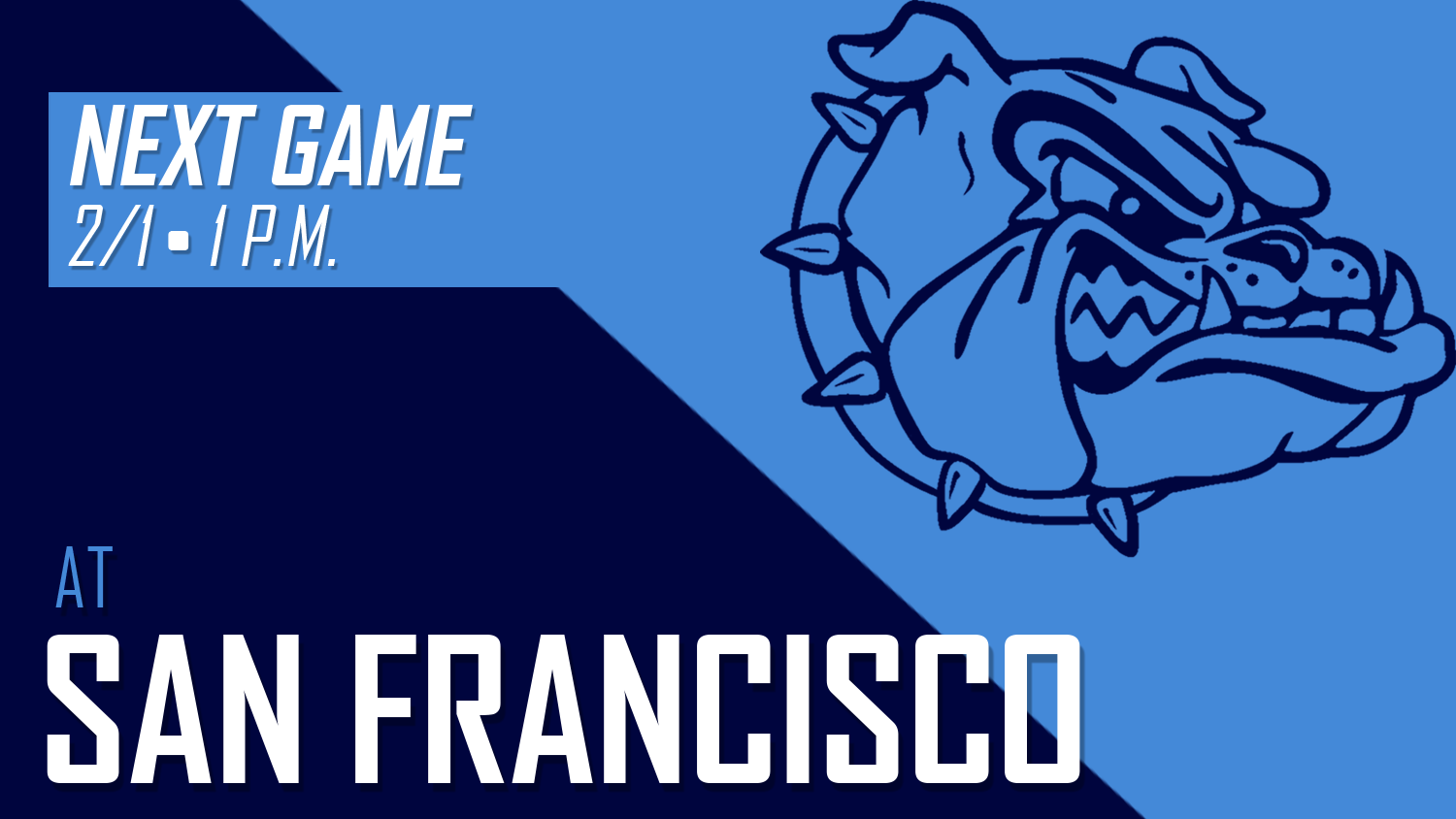 14:53 – Gonzaga 9, Santa Clara 6: Corey Kispert changed his jersey number for this game and Gonzaga went right to its new No. 53 on its first play and he delivered.

The junior forward typically wears No. 24, but switched his jersey number to honor the late Kobe Bryant. After coming screen, Kispert caught the ball at the top of the key before winding his way through the lane for a left handed layup.

Filip Petrusev is up to six points on 3-of-4 shooting for Gonzaga. Drew Timme has added four from off the bench.

Tillie had to leave the game after he injured his left ankle after blocking a shot. The senior forward landed hard and immediately grabbed at his left lower leg. He was helped to the locker room and it didn’t appear he was able to put weight on the left leg. The Bulldogs are already thin at forward after losing freshman Anton Watson for the season to a shoulder injury.

Tahj Eaddy has eight points to lead Santa Clara, who are hanging around despite being 0 of 5 from 3-point range.

3:53 – Gonzaga 32, Santa Clara 25: Substitiute forward Drew Timme is up to eight points to lead Gonzaga, who may need to go the rest of this game without starting forward Killian Tillie.

Gonzaga is shooting 46.4% from the field, but went over 3 minutes without making a field goal. Some solid shooting at the free-throw line, 3 of 4, kept Santa Clara from cutting into the lead.

Filip Petrusev has seven points and five rebounds for GU.

Half – Gonzaga 40, Santa Clara 36: Filip Petrusev has 11 points, Drew Timme has eight and the injury-hit Bulldogs lead the Broncos.

Gonzaga lost Killian Tillie to an injury in the middle of the first half. GU coach Mark Few said at halftime the injury, “doesn’t look good” and that his starting forward will not return tonight.

DJ Mitchell leads Santa Clara with 10 points. He is 2 of 2 from 3-point range.

Petrusev and guard Joel Ayayi each have five rebounds for Gonzaga. The Bulldogs hold a slight rebounding edge over the Broncos, 20-16.

Timme has come off the bench to shoot 4-of-5 and grab three rebounds.

Only 10 total fouls were called in the half. Gonzaga is 5 of 6 from the free throw line. Santa Clara is 2 of 2.

Tahj Eaddy has added eight points for the Broncos. Key matchup Trey Wertz has been held to five points on 2-of-4 shooting.

The Bulldogs have gone to Petrusev often here early in the second half and the sophomore forward has delivered. He has eight points in just four minutes this half and is 8 of 10 from the floor for the game.

11:42 – Gonzaga 62, Santa Clara 52: The Bulldogs open up their largest lead of the game after Martynas Arlauskas hits a tough layup in transition.

The seldom used freshman had just checked into the game for the first time when he collected a pass from Admon Gilder and found a way to finish a right-handed layup between two defenders.

Filip Petrusev is up to 21 points and continues to lead GU.

Santa Clara’s DJ Mitchell has 15 points. The forward finally missed a 3-pointer, he is 3 of 4 from 3.

The Broncos have three players in double figures, lead by DJ Mitchell’s 15 points. Jalen Williams is up to 12 and Jasip Vrankic has 11.

The Zags had the lead up to 15 after holding Santa Clara scoreless for over 4:30 midway through the half. However, a few sloppy possessions by Gonzaga led to some easy, transition baskets for the Broncos and a time out by GU coach Mark Few.

Gonzaga has not made a 3-pointer this half.

Corey Kispert wearing No. 53 (GU’s extra uniform) instead of his usual No. 24 tonight in honor of Kobe Bryant

Gonzaga forward Corey Kispert changed his jersey number from No. 24 to No. 53 for Thursday’s game at Santa Clara to honor Kobe Bryant.

Bryant, his 13-year-old daughter and seven others died in a helicopter crash in California on Sunday.

For the first time in 20 years, Gonzaga will be represented in the NBA All-Star Game. | Read more »