A GRIP ON SPORTS • Everywhere you look in the world of sports, the news seems to be dreadful. Dreary. Depressing. We can’t change that. It’s not in our power. But we can try to add a smile or two. That’s our goal this morning. To add a little humor to the despicable news floating around. Just call me Gru.

• Would that make you my minions? Possibly. By the way, Kim has a soft spot in her heart for those little yellow dudes, so we have minion items scattered throughout the house. There are pillows, blankets, soap dispensers and one creepy looking piggy bank. It’s the stuff of Twilight Zone nightmares if you ask me, but no every does, so we will move on. 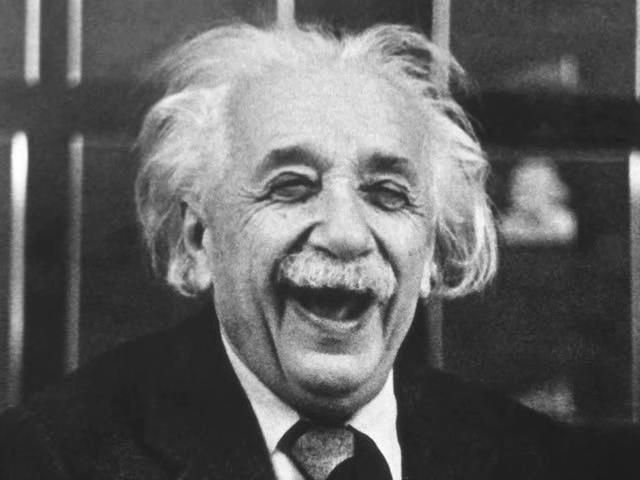 Anyhow, how do we make the most of all the bad news? We could just show you a picture of my hair when I get up in the morning. That would leave you rolling on the floor, laughing. Albert Einstein-like wouldn’t begin to describe it. Compared to the wild flavor of my gray locks, his hair looks like he just stepped out of a Supercuts.

Or we could find the silver lining in Gov. Jay Inslee’s new order limiting gatherings around Washington. After all, who likes to attend weddings anyway? Boring, stuffy old affairs. Now you have a built-in excuse, what with new limits on all gatherings. … Wait, I’m being told Inslee purposely exempted weddings from his order? Really? That’s it. I’m voting for someone else next month. After all, if bars are closed, what good is the wedding reception anyway if you can’t get gloriously drunk and do silly crud that is remembered for 50 years?

It will have to happen on the golf course I guess. Those are still open, right?

The one just south of where I live will have a new name soon. Hangman Valley is on the fast track for a change, what with the connotation it has within the Native American community. (Rebecca White has this coverage of the decision.) Fine with me. Let’s change it to a more-accurate name. As in “Way Too Long Golf Course.” Or “The Creek at Where I Lost 1,456 Balls.” If not either of those, how about “27-Mile Hike From Green-to-Tee CC?”

All would work. Seriously, the number of times I’ve choked and deposited my ball into Latah Creek off the third tee is impressive. Record-setting, I’m sure. Might as well incorporate it in the darn name.

It doesn’t look as if the college football season is going to A) start on time; or B) happen at all. Which is sad. Then again there are positives available from that. Think of the free time you’ll have on Saturdays. Heck, you know that water feature you’ve always wanted in the backyard? The one that will take a lot of sweat, back-breaking digging and cement work? Ya, that one. Now you’ll have enough free time in the fall to get it done. Sure, you won’t be able to get out of bed on Sundays due to muscle soreness, but that’s OK. You’ll have a cool water feature. And your Cougars will go a year without losing the Apple Cup.

Sorry. Cheap shot. Notice how I’ve avoided any cheap shots up to now? But I can’t go a whole column without one or two. Not when the Idaho High School Activities Association makes it so easy. After all, the organization seems to be avoiding any true guidance concerning sports during a ripening outbreak in the state. The guidelines released yesterday – Dave Nichols has this story and there is coverage from other news outlets in the state – seem to be simple: Go ahead, start on Aug. 10 and hope for the best. We’ll let each school district decide how to proceed. Local control, local rules.

Which brings up a question. One of the IHSAA’s requirements states each district must have a plan in place for when athletes or coaches test positive for COVID-19. That plan is to be determined in conjunction with the local health department, a refrain used often throughout the document. Fine. But what if your plan includes, say, a certain-length quarantine period? And your opponent that week, the team that is coming to your school from another district, has a different plan that includes a different approach to any quarantine? Whose plan takes precedent? Do your players sit out because, you know, your health district decides it is in the best interest of everyone’s health and safety, while your opponent’s players, with the same issues, play? Seems a bit illogical.

So does the idea of each school district determining their responses, creating a patchwork of rules throughout the state. It’s sort of laughable when you think about it.

I guess it fits right in with the day’s theme.

WSU: When the Biletnikoff Award watch list was released early Thursday morning, Max Borghi’s name was on it. Theo Lawson wondered how a running back could be considered for an award given to receivers, so he looked into it. Here is what he found. … Around the Pac-12 and college sports, the NCAA doesn’t seem to think the coronavirus trend is pointing toward a football season. That seems to be the underlying message in the organization’s safety guidelines. … The Seattle Times has an uplifting story with a University of Washington connection. … You will have to judge whether this story – about USC’s Clay Helton’s pay raise – is uplifting or not. … We can pass along more from Oregon State coach Jonathan Smith. … There are many Pac-12 players on the Biletnikoff Award watch list, including from Oregon and Arizona State. … A Colorado player had to make a detour before arriving in Boulder. … Recruits are sort of stuck in a holding pattern. … California announced more athletes tested positive.

Gonzaga: The West Coast Conference doesn’t think it’s a good time to be playing sports. Not yet anyway. So it has delayed fall sports until late September. Jim Meehan has all the details in this story. … Former GU coach Dan Monson’s daughter is battling COVID-19. She’s been pretty sick. … The delay is pretty big news throughout the conference’s footprint, so there are other stories to pass along as well.

Mariners: Bad luck or no luck? We all know what’s more common for the M’s, don’t we? The team has lost Julio Rodriguez for a while. … The best part of intrasquad games? Friends face off against each other. And feed off each other. … Is it just me, or does the name Cal Raleigh scream baseball player?

Seahawks: The NFL is even further behind than the high schools when it comes to coronavirus plans.

• Let me see if I have this right. Professional sports teams, with seemingly unlimited resources, are struggling to keep the coronavirus out of their self-created bubbles and under control? Colleges, with fewer resources but still with many advantages concerning testing and isolation, are moving things back and contemplating cancellations or long postponements? And Idaho high schools, strapped for resources, with many coaches and officials in high-risk groups, are full speed ahead? Ya, seems about right. Until later …