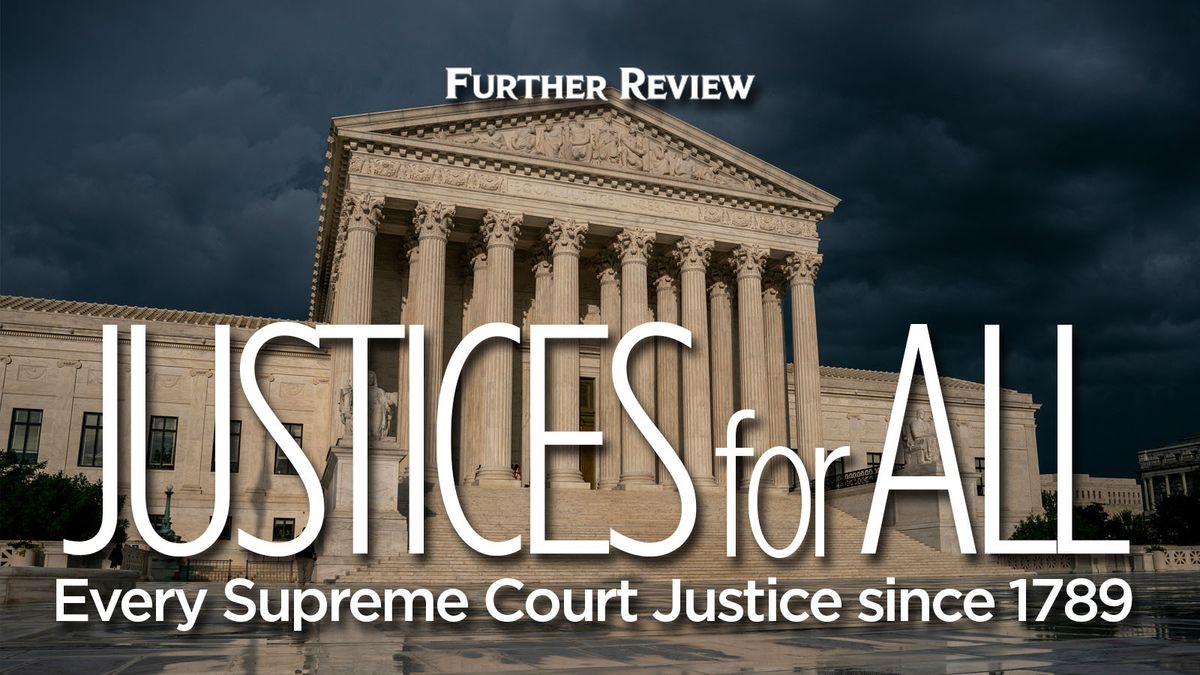 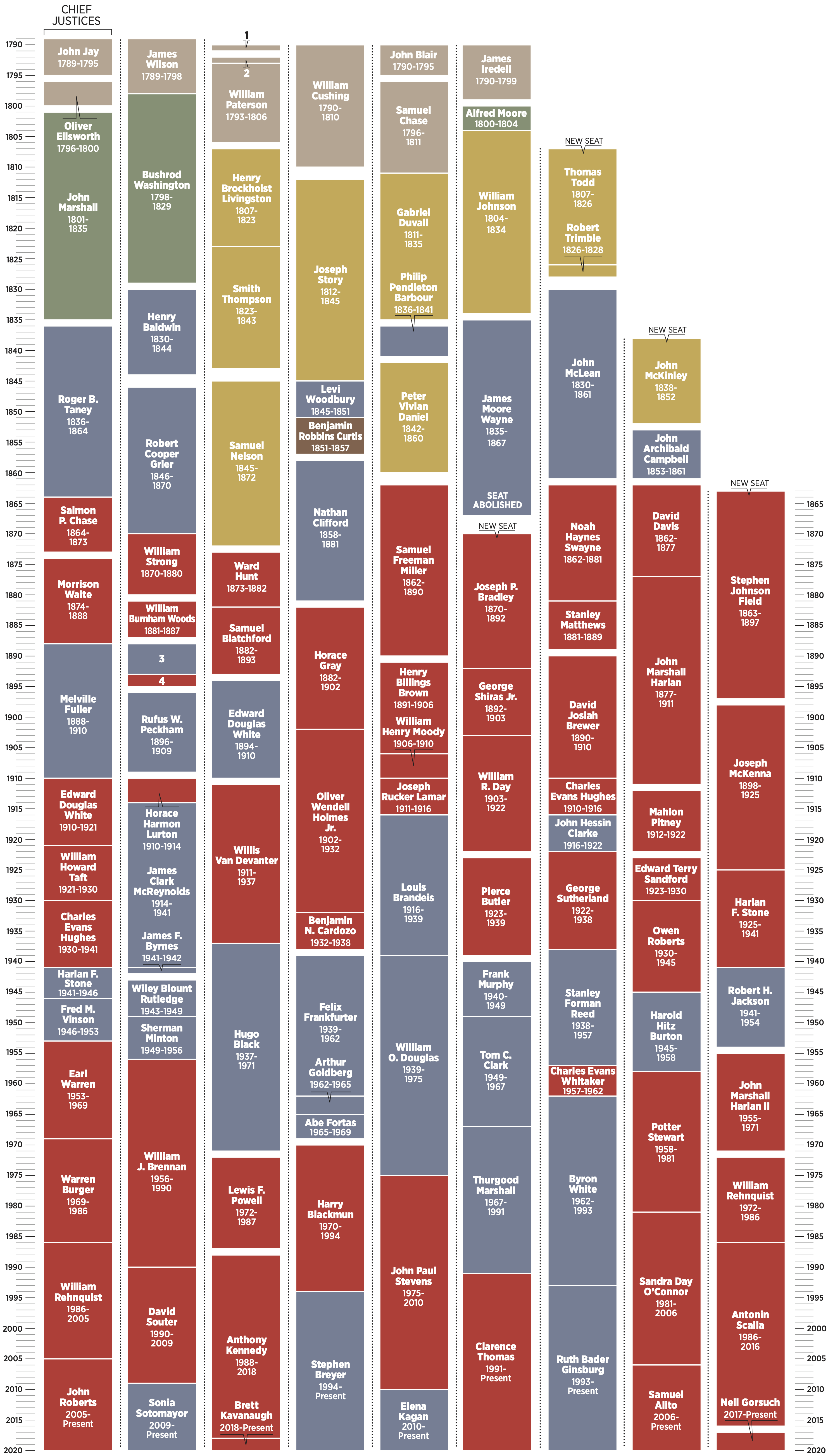 1. John Rutledge (1790-91) Rutledge stepped down as an associate justice to become chief justice in 1791. He served for 138 days before the Senate declined to confirm his nomination.

In addition, one associate justice is omitted for space: John Catron (1837-1865). He was appointed by Democrat Andrew Jackson, occupied a new seat and that seat was eliminated in the 1866 Judicial Circuits Act.

Also: If you feel like an Easter Egg hunt, there is a former president in this chart. He appointed five associate justices and a chief justice during his one term in office and was then nominated himself to the Supreme Court eight years after leaving the White House.