A GRIP ON SPORTS • Let me check my calendar. Yep, it’s Sunday alright. A day of rest. But as they say, there is no rest for people of my ilk. We have something to say, about almost everything, every day of the week. Let’s get to it.

• Josh Perkins played in more winning games than anyone in college hoops not named Przemek Karnowski. He’s also Gonzaga’s all-time assists leader, though you might not want to recognize it. 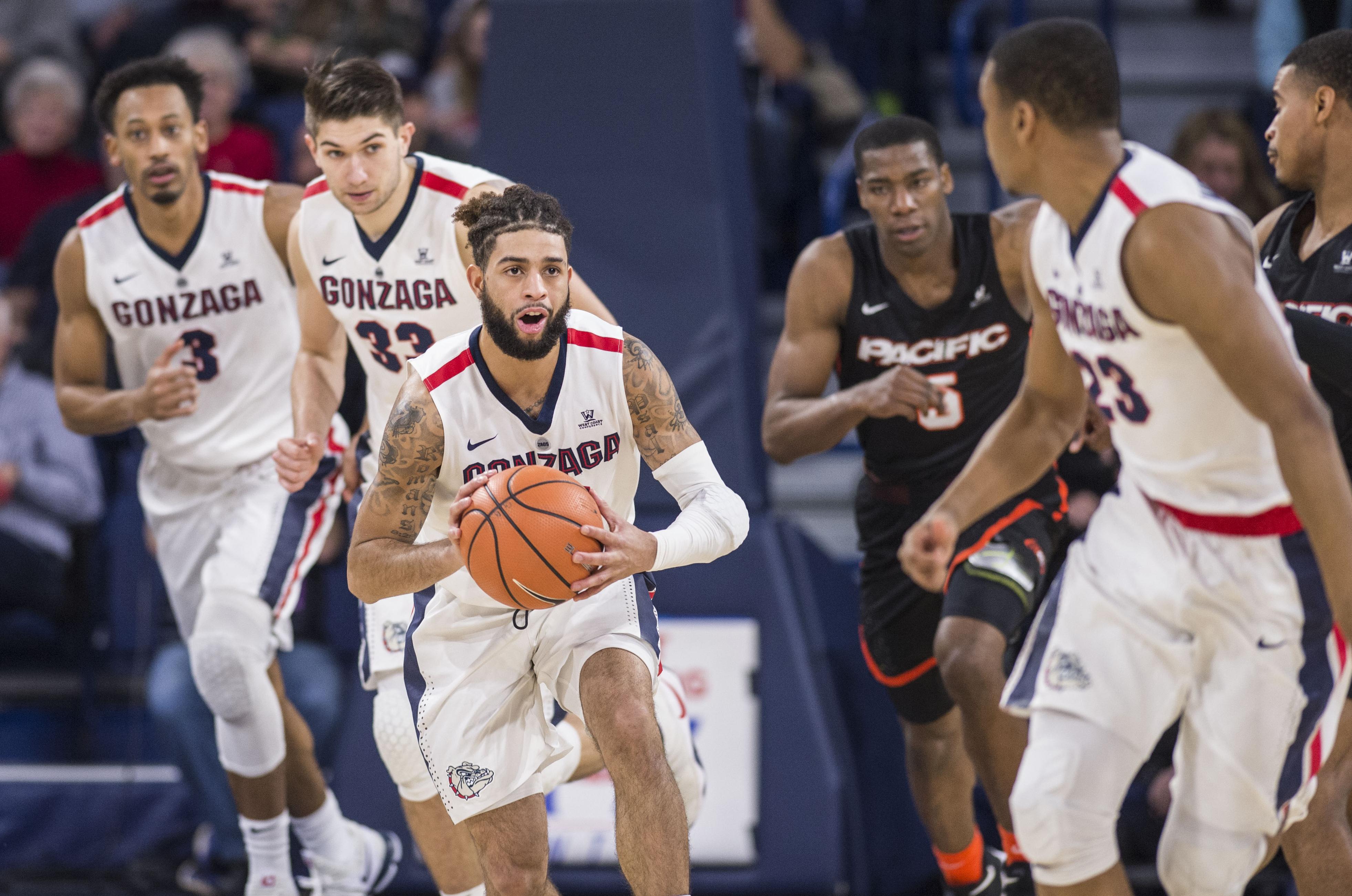 See, while Perkins was a Zag, leading them to 134 wins, he was sort of an afterthought with the fans. Mainly because of what, or who, he wasn’t. He wasn’t an electric scorer or, early on, a consistent performer. And he wasn’t Dan Dickau or Matt Santangelo or Jeremy Pargo or, even, Kevin Pangos.

But he was a winner. And a really great player.

In some ways, while Perkins was at Gonzaga, he reminded me of Alex Brink, the Washington State quarterback who left Pullman with career records in passing yards, touchdowns, total offense and fan ambivalence. See, Brink wasn’t Drew Bledsoe or Ryan Leaf or Jack Thompson or Jason Gesser. And the Cougars didn’t win enough while he was there.

That wasn’t Perkins’ problem, sure, but he shared with Brink the fans’ ambivalence.

With Brink, his three Apple Cup wins have become his ticket to popularity. The Cougars, more than a decade after he left, still haven’t defeated the Huskies three times. In retrospect, WSU fans are discovering, he was pretty good. And they were pretty lucky to have him.

As Perkins is further and further removed from his Gonzaga time, his foibles, like that one early morning run-in with the police, fade more and more. What remains are the wins, the assists, the run to the national title game and the weak attempts at dunking the ball. All good times. And good memories for Zag fans.

This Fitz – his uncle was longtime Gonzaga basketball coach and athletic director Dan – has worked for just about everyone in Washington, as John recounts in his column.

I first met Fitzgerald in Peoria, Arizona, however, back when both of us were, well, younger, to use a relative term. He was working for the Mariners then. The “then” being the golden age of Mariner baseball, the time between 1995 and 2003, when the M’s were actually one of the best organizations in baseball.

I was moonlighting as a member of the staff for Dave Henderson’s Mariners fantasy camp, playing a little but mainly turning out the newsletter for my friend, camp director Mike Murphey. One of the interviews I did, for a little feature I called “Meet the Mariners’ Front Office” (or something snappy like that), was Fitzgerald.

We talked about the front office, sure, but also about playing college baseball (he had played for, who else, Gonzaga) and his uncle. There was his time with the Indians to touch upon and favorite places to hang out in Spokane.

Now Fitz, who spent most of the past decade working at Eastern Washington, will be the person making the calls at CCS. Good luck. In these uncertain times, he’ll need it.

• The Chinese aren’t kidding around. Six players on the country’s U-19 national soccer team decided to do what kids will sometimes do: sneak away from their chaperones and sample the nightlife.

Except, this is the time of COVID-19. And that’s not going to be tolerated.

How much so? The six players have been suspended for six months.

Could you imagine a college football program doing that? Well, Mike Leach, maybe, especially if the players actually passed within a block or two of someone smoking weed. But just because they went out drinking under a coronavirus lockdown? Heck, I’m pretty sure at least one or two SEC coaches would be out with them.

WSU: There is a college baseball tournament going on right now in Texas. Well, sort of. Ryan Collingwood tells us what’s going on and informs us two of the participants, a Washington State infielder and a former Mt. Spokane pitcher, have local ties. … Elsewhere in the Pac-12, the next big step in getting ready for football is returning to campus for voluntary workouts. Utah is headed back on June 15. … A USC linebacker is anxious to return too. After all, he’s missed two years. … One area UCLA has been pretty good in over the years is the defensive line. … The University of Arizona has settled a lawsuit based on the actions of a former football player. … In basketball, the Wildcats are waiting to see what the NCAA will do concerning its assistant coach and the FBI scandal. Other schools are waiting too.

Gonzaga: Our Jim Meehan spoke with Perkins this week and has this story on his first year playing professionally.

Mariners: The M’s are in the middle of a rebuilding plan, basing future success on developing young players. So how does this lost season impact those plans?

• We will leave you with this. There have been a lot of stories concerning racially charged issues in this country, many of them on sports pages. History isn’t without other examples, including this one from the Oregonian’s Ken Goe. Enjoy your Sunday. Try not to remember tomorrow is Monday and work returns. Until later …