A GRIP ON SPORTS • The past always seems to be colliding with the present. It certainly is today, in The Spokesman-Review’s sports page and online. In what cannot be considered a surprise, it has to do with Gonzaga basketball.

• Before we get to the past – Jeremy Pargo – and the present – Drew Timme – we have to explain why this intro is so short this morning.

In three words, a power surge.

A little after 7 there was a quick, sharp one in our home. It took down our cable box, the microwave and, most importantly, my home office computer. At least for almost an hour.

I’ll give this to the Mac product I purchased more than a few years ago: It seems to find a way to keep going. But this morning, only after it shut down and wouldn’t start despite numerous efforts. Maybe like Commander Data, it was doing self-diagnostics. Whatever. I pulled out my backup and tried to recreate the work I had done. I couldn’t get much of it, but some was available. That being said, deadline was looming so I’ve truncated everything. 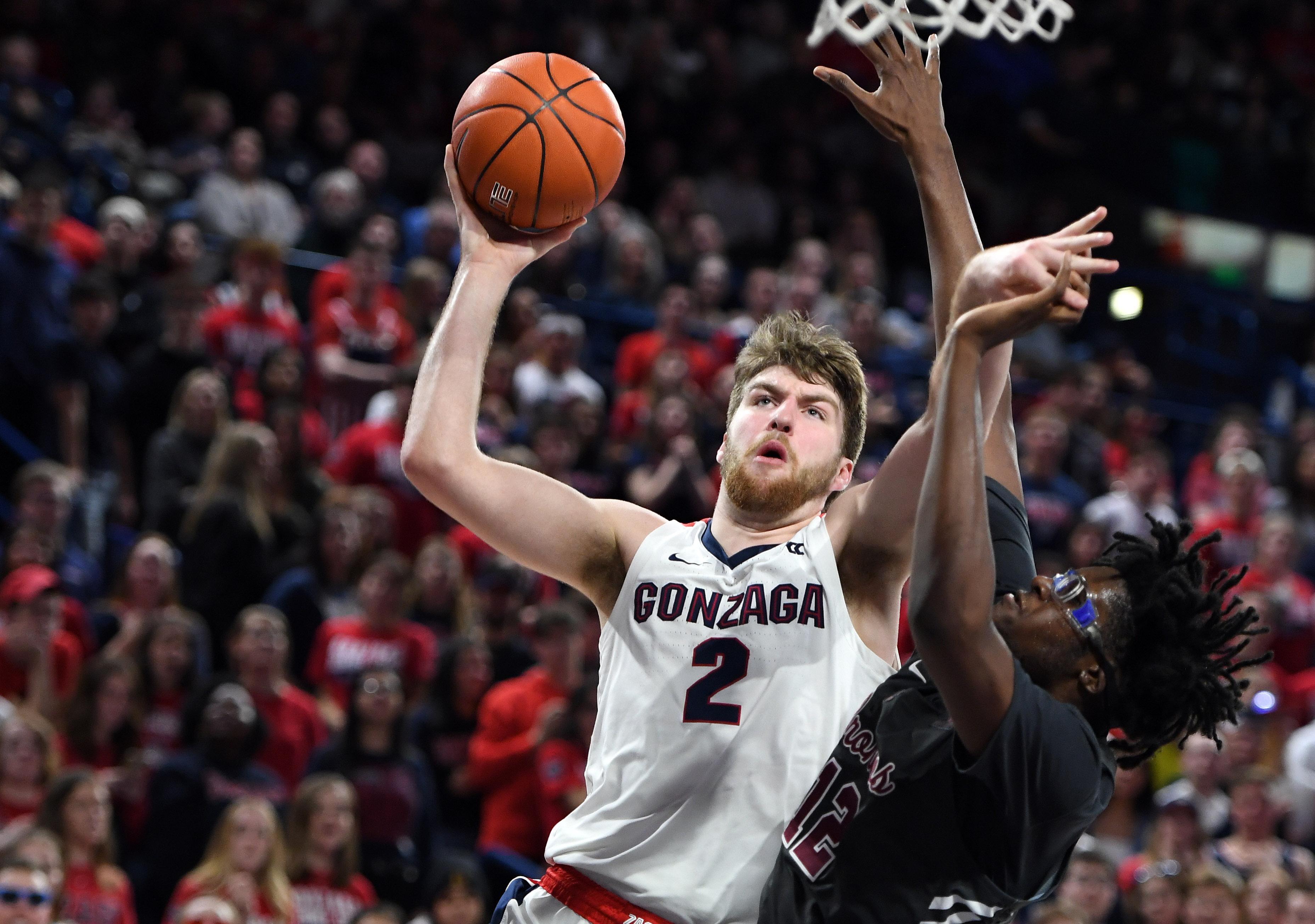 • Professional basketball in the U.S. is on hold as the NBA tries to create a bubble in central Florida that Kyrie Irving seems to think is off the edges of the earth. But the game is starting up in other parts of the world where COVID-19 is under control, thanks in large part to communities that worked hard to limit its spread.

Israel is one of those countries. And that’s where Pargo is getting ready to play, as Jim Meehan tells us in this interview-based story. If you remember Pargo playing for the Zags – he’s hard to forget – you have to be in you mid-20s, and even that might be pushing it a bit. But his legacy lives on in the form of the athletic and skilled guards who have populated the Gonzaga roster since. The number of outstanding players who have passed through the Kennel doors is impressive – and growing.

Which brings us to the present. Last season, Drew Timme quite possibly could have been the biggest surprise in college hoops, up until the day when the plug was pulled. The freshman from Texas turned out to be a key cog in the Zags run to another inevitable No. 1 NCAA seed.

What’s he been up to since? You can find out this afternoon at 3 when he joins Jim in a Virtual Northwest Passages Forum. The online video question-and-answer segments have proved popular, no more so than when present and past Zags have made an appearance.

The latest one happens today.

Gonzaga: You would think a Wednesday morning with Jim’s story on Pargo and the upcoming Forum with Timme, that would fill up the GU quota. Not quite. A highly sought after transfer is making his choice known soon and Jim has that story as well. … Finally, from Larry Weir, there is this Press Box podcast. It features Tom Hudson, the voice of the Zags. … Elsewhere in the WCC, BYU need a point guard to transfer in. The Cougars’ Mark Pope did a persuasive recruiting job on a nearby player and he joined up.

WSU: Around the Pac-12 and college sports, the nominations for the College Football Hall of Fame ballot, 2021 version, were announced yesterday. There are players from Oregon State and Colorado, … Utah has two tight ends it can count on. That’s good. … USC may let fewer people into the Coliseum for games. … The Trojans seem solid up front on defense and at linebacker. … The Rose Bowl lost some revenue and that’s not good for the facility. … Arizona State has at least one person in its corner for next season. … In basketball news, one Utah player used his down time to hone his golf game. There are similarities after all. The object, putting a round ball into a round circle as quickly as possible, seems the same. … An Oregon State baseball players signed.

Preps: Putting together a scholarship that honors the Caviness clan, synonymous with Ferris High running the past few decades, was a brilliant idea. That one of the first winners happed to be the recently passed Chris Caviness’ daughter, well that’s just serendipity. Ryan Collingwood has Halle Caviness’ story.

Seahawks: Questions are usually answered in the offseason. But some linger. Questions about the roster and the defense. … With some additions and improvements, the Hawks should be in the base 4-3 defense less often this season.

Sounders: Harry Shipp has been part of Seattle’s midfield for the past four years. He’s also been the players’ representative in union matters. He took to the latter so much he’s retiring and heading back to the school to get an MBA.

• The big old Mac on my desk made a noise while I was writing. So I plugged it back in and it booted up. Not in time for today’s report, but it should be good to go for tomorrow. Now all I have to do is walk around the house and fix a couple clocks that reset. No problem. Talk about dodging a rubber bullet. Until later …