A GRIP ON SPORTS • Tomorrow is the first day of summer. Today, in Spokane at least, summer weather is in the house. So it got us to thinking. What is your favorite summer activity?

And they all may have meant the exact same thing.

(Let’s take a quick break here and explain why we are exploring this option today. Mainly because I spent the morning reading nothing but bad news related to COVID-19 and sports. It depressed me. It’s almost as if not taking a pandemic as seriously as it should have been taken has lengthened and deepened its duration – who would have thought? – and puts things and people we love in jeopardy. But it’s going to be a beautiful day today, so we thought we would focus on that.) 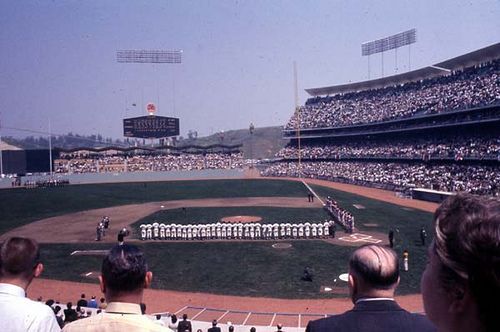 But my favorite summer thing has really not changed no matter what age. Being able to be out in the nice weather. What I was doing might have varied but the enjoyment of the sun on your back, the heat on your feet and the lotion on your skin has always been there.

Growing up in a small town that was part of a larger megalopolis, summer activities were as varied as the cars on the nearest freeway. Mountains loomed just blocks from our back door. My best friend, circa pre-teen years, loved to hike around them, to climb rocks, to explore canyons. So I did too.

However, if the weather got too warm (a common occurrence in Southern California during July and August), there were always about 10 movie theaters to choose from, allowing a dark, cool respite from the bright, hot days.

We used to ride our bikes everywhere, despite the unbelievably steep Sierra Madre hills. And the overwhelming traffic. One summer Sunday my friend and I rode to the La Brea Tar Pits and walked through the L.A. County Art Museum. Let me tell you, peanut butter sandwiches and a canteen of water didn’t cut it for refreshment that day.

There were trips to the beach, where body-surfing and other things awaited. There were hours of wiffle in the backyard. There were minutes of boredom on the couch – until mom kicked us outdoors with the time-honored admonition of “go have fun,” which, in reality, was a license to do just about anything.

But the No. 1 activity was always baseball. Playing it. Watching it. Being a part of it. Little League. Babe Ruth. Over-the-line. 500. Sitting in Dodger Stadium. Anaheim Stadium. Pony League. Colt League. Each summer held a new adventure. New teammates. New ways to explore the ability to withstand failure. Lots and lots of failure.

Baseball teaches that, doesn’t it? Even the best make six outs every 10 times they come to the plate. If you want perfection, take up some other sport. You’re not finding it on the ball field. But if you want a great way to spend a summer afternoon with friends, competing, but with plenty of time to shoot the … well, you know … then baseball is for you.

Lucky for me, that didn’t end as I aged. The game morphed from baseball to fastpitch softball – think baseball back in the 1910s – and back again but it was, at its heart, the same game with the same positives. And it lasted well into my 50s.

In four words, I’m not sure there is a better way to sum up summertime. Or a better summertime sport.

WSU: Around the Pac-12 and college sports, we told you we had read a lot of sad news concerning sports, the virus and the future. None was more depressing than this John Canzano column in the Oregonian. The newspaper took a look today at Oregon and Oregon State and their preparations for fall sports. … Want more depressing news? Well, there is some from Arizona contained in Jon Wilner’s latest stock report. … In less-discouraging news, the newest Husky running back recruit has a football linage that reaches back into my past. … USC has told its season-ticket holders what it is doing during football season. Be prepared to wear a mask while watching. … The Utes have surveyed their season-ticket holders as well. … Utah’s football history dates back a long way. … Oregon State is back at work. Other schools in the conference, however, have yet to begin.

Gonzaga: Elsewhere in the WCC, want to know what type of player BYU’s new point guard is? Here’s the answer.

EWU: When the NFL returns, HBO’s show, “Hard Knocks,” will return as well. This year it will feature two teams. And a few players who were featured by area college football teams back in the day. Ryan Collingwood has more in this story. … Around the Big Sky, Portland State doesn’t have all the virus-related answers it needs to start football practice.

Preps: The Spokane Schools’ Board of Directors took its first look at the Albi Stadium redesign Wednesday night and liked what it saw. Jim Allen has more, including the news the Board is looking at moving the stadium work until later in the bond timeline.

Chiefs: For the WHL to return, fans have to be allowed in arenas in some way. That’s the message conveyed yesterday by WHL Commissioner Rob Robison in a conference call with the media. Dan Thompson has more about the league’s plans in this story.

Seahawks: Could Jamal Adams be in the Hawks’ future? How about a blast from the past, Josh Gordon? … One last question for the offseason: will there be a season? Wait, there is one more to answer as well.

Mariners: The bickering has to stop. But even if it does, baseball has tarnished its image once again. Maybe more so this time than ever before.

• You know Sunday is Father’s Day, right? I think I’ll spend the time between now and then searching my memory for the five most enjoyable sports memories I have as a father. Not with my dad. But while being a dad. They may be individual moments in time or moments that occurred over time, building a single memory based on the many occurrences. Not sure yet, but it’s a mental exercise worth delving into. Until later …