A GRIP ON SPORTS • A video was making the social media rounds recently. It came from 1973, which might as well be Roman times to most. The subject of the three-minute, grainy video? Secretariat’s Belmont Stakes win, cementing the horse’s place atop horse-racing legends. Forty-seven years later, another Belmont will enter the history books.

It won’t be a mile-and-a-half test of a three-year-old’s endurance. It won’t be run in front of 90,000 people. Most importantly, it won’t be the final leg of the Triple Crown.

Each year, the Belmont serves as the end point of horse racing’s seven-week run among the nation’s consciousness. The Kentucky Derby, all big hats and big hopes, kicks it off in early May. The Preakness, still held at a run-down facility in Baltimore, happens a couple weeks later. And, if everything has lined up correctly, one horse travels to New York with the opportunity to win a Triple Crown. To join Secretariat, Citation, Seattle Slew, Affirmed, Justify and eight other horses as champion of champions.

Not this year. Tiz the Law is favored over an injury-culled field. But the dominate factor is, as it has been all spring, the novel coronavirus that decimated the New York area. Besides, even if Tiz the Law wins – actually, no matter who wins – there will be a long wait until its second Triple Crown race. The Derby is scheduled to be held Sept. 5. The Preakness? Oct. 3.

It’s odd, actually. Horse racing is a traditional sport that can trace its roots back until near the dawn of time. The Triple Crown has been the same since anyone alive can remember. Until this year. For the first time, its possible the traditional blanket of Black-Eyed Susans is draped atop the winner of the Preakness, a Triple Crown will be attached as well. Now wouldn’t that be something.

• Post time for the Belmont is 2:42 PDT today. It will be broadcast on NBC. Tiz the Law is the prohibitive favorite. 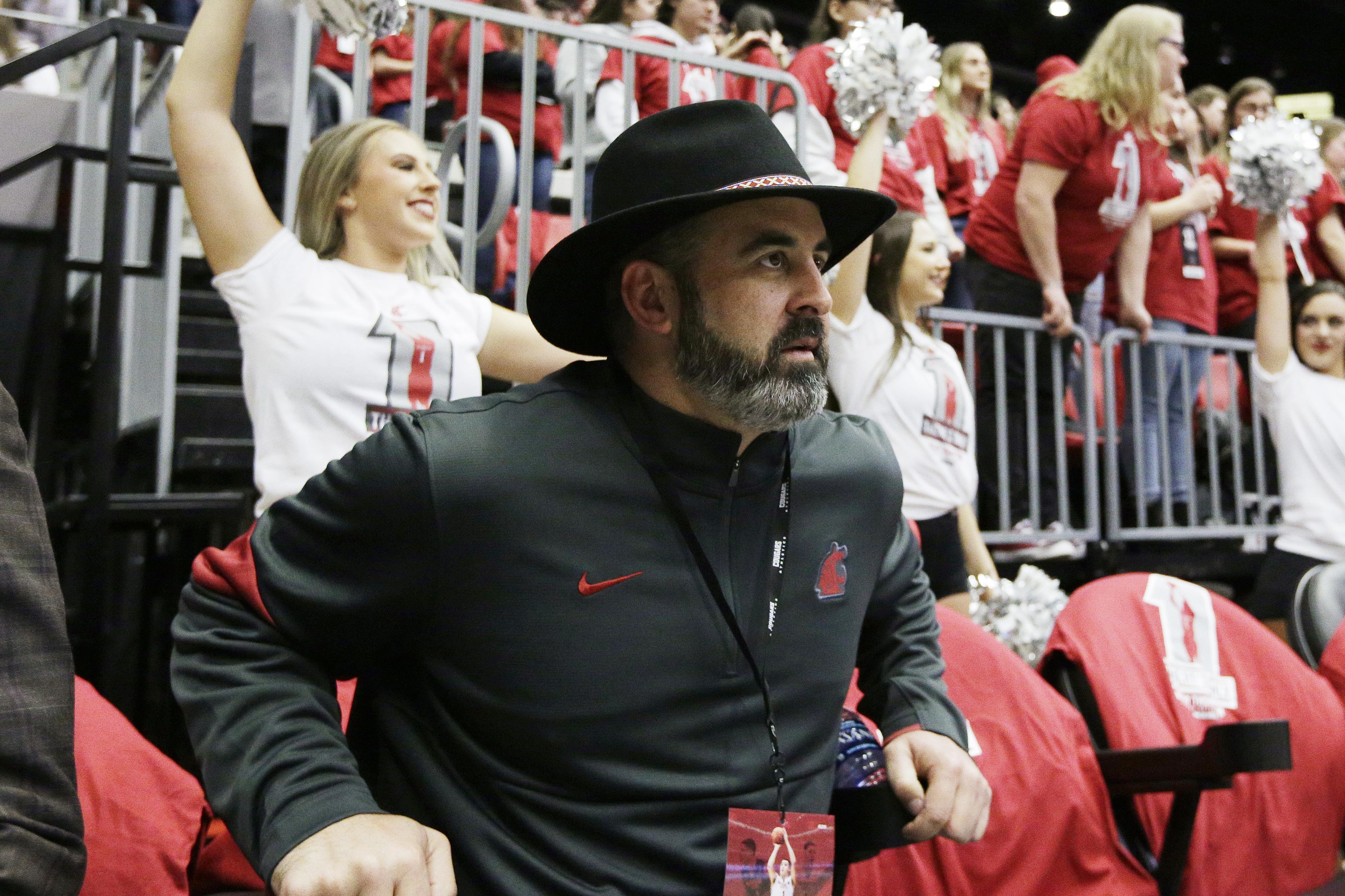 WSU: Remember when everyone was worried because the Cougars hadn’t received any football commitments for 2021? Me neither. It seems so long ago. Anyhow, Nick Rolovich and staff received their ninth yesterday, a safety from Texas. Theo Lawson has all the information in this story. … Theo was Larry Weir’s guest Friday on the latest Press Box podcast. … Around the Pac-12 and college sports, UCLA’s players stepped up yesterday and took control of their health issues. What a great idea. … If a wristband is good enough for the NBA, why isn’t it good enough for the Pac-12? Cost maybe. … So how does one hire that results in a coach with .574 winning percentage rank markedly better than another with a .618 winning percentage? When you can answer that, you can answer why these athletic director rankings should matter. … Oregon’s recruiting is going well too. … The Colorado regents have approved the football assistant coaches’ contracts. … Utah’s schedule seems pretty easy. Except for one two-week period. … The Tempe restaurant in which Arizona State football players were insulted has apologized further. … Arizona attracted the quarterback recruit it wanted and he comes from Washington. … The Huskies got the transfer they wanted.

Idaho: The NCAA announced the final penalties for the Vandal basketball program. They aren’t all that lenient. Peter Harriman details them in this story. … Elsewhere in the Big Sky, there will be budget cuts at Northern Arizona. The athletic department won’t be immune. … Weber State seems to have attracted its quarterback of the future. … Montana State just wants to identify its quarterback for 2020. … Montana’s football schedule is interesting.

Seahawks: Can we call in a priest to perform an exorcism of the Hawks’ tight end room? Please? … What will happen to Jadeveon Clowney?

Mariners: Yep, the baseball talks are still stalemated. But the reasons are a bit different.

• Today is the longest day of the year. OK, I know. It is 24 hours long, just like every other day. Lighten up Francis. We’re alluding to the hours of daylight. It is gloriously bright late in the evening this time of year. The gray lining to the silver clouds? The daylight hours start getting shorter and before you now it we will have descended into that hell known as winter. I better get my snowblower in the shop. Until later …