In his acceptance speech for the presidential nomination at the 1988 Republican Convention, Vice President George H.W. Bush made a bold promise:

“And I’m the one who will not raise taxes. My opponent now says he’ll raise them as a last resort, or a third resort. But when a politician talks like that, you know that’s one resort he’ll be checking into.

Well, you can guess what happened: Bush found himself forced to compromise on his pledge. On June 26, 1990 – thirty years ago today – Bush admitted that fixing what ailed the stalled U.S. economy would require a number of measures, including “tax revenue increases.”

Now, it wasn’t all Bush’s fault. He and his administration had worked for months trying to hammer out a deal to cut what he considered to be out-of-control spending at a time when the 1985 Gramm-Rudman-Hollings Balanced Budget Act came into play, mandating a reduced deficit. But in the end, the best he could do was to compromise and raise taxes. Despite his pledge to not compromise and raise taxes.

The income tax rate would go up, as would payroll and excise taxes. This would come back to haunt Bush in his 1992 bid for re-election when both his primary opponent, Pat Buchanan, and his general election opponents, Bill Clinton and Ross Perot, reminded voters of the promise time and time again.

Campaign promises are often made in the heat of the moment. They’re sound bytes, aimed at gaining positive media coverage. Once in office, presidents often find that reality often doesn’t fit the promise. Or – like in the cases of Woodrow Wilson (German U-boat attacks) and George W. Bush (9/11 attacks) – enemy action takes place.

Perhaps it’d be wise if all American voters added a virtual asterisk to every campaign pledge they hear or read. 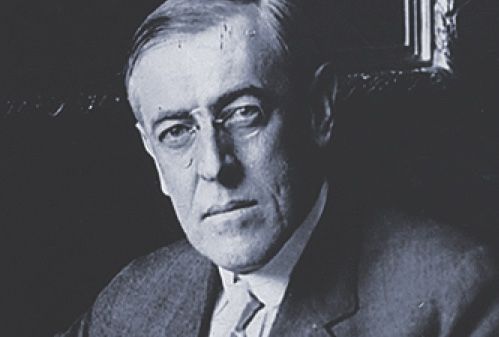 THE PROMISE: Wilson ran for re-election in 1916 on the slogan: “He kept us out of war.”

THE RESULT: Just 29 days after he was sworn in for his second term, Wilson asked a joint session of Congress for a declaration of war against Germany, citing Germany’s broken promise to suspend unrestricted U-boat warfare and an attempt by Germany to talk Mexico into joining an alliance against the U.S. Congress granted that request two days later. 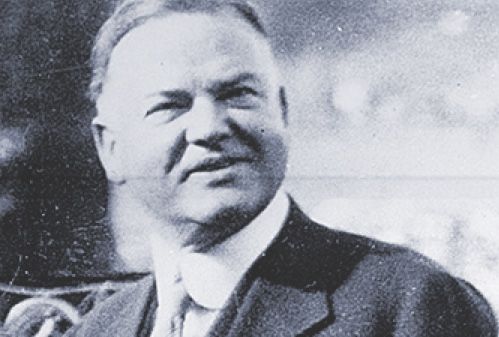 THE PROMISE: The Hoover campaign promised prosperity for everyone, promising “a chicken in every pot” and “a car in every backyard, to boot.”

THE RESULT: Less than eight months after Hoover took office, the bottom fell out of the stock market, plunging the country into what became known as the Great Depression. To give Hoover credit, he didn’t specifically make the chicken+car promise, but widely-place GOP newspaper ads did. 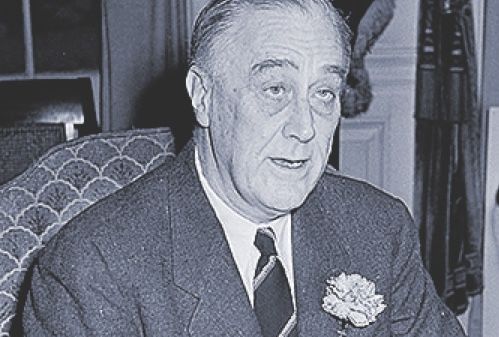 THE PROMISE: Running against Hoover in 1932, Roosevelt criticized Hoover’s deficit spending and promised to put the nation back to work. Running for an unprecedented third term in 1940, FDR promised “Your boys are not going to be sent into any foreign wars.”

THE RESULT: Roosevelt’s New Deal policies did indeed put the nation back to work – but by increasing the deficit even more. And after Pearl Harbor was bombed in 1941, Roosevelt asked Congress to declare war on Japan. 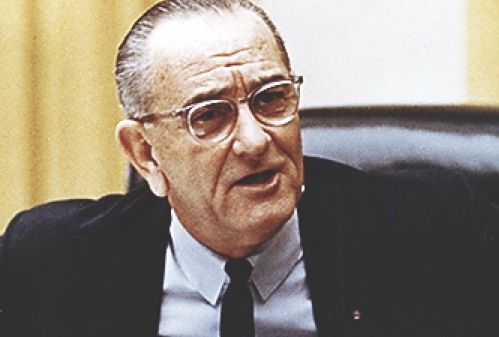 THE PROMISE: Johnson took office in 1963 after the assassination of John F. Kennedy. Running for re-election in 1964, LBJ painted his opponent, Barry Goldwater, as a war hawk and promised “We are not about to send American boys 9 or 10 thousand miles away from home to do what Asian boys ought to be doing for themselves.”

THE RESULT: Johnson sent combat troops to Vietnam and escalated the war many times. After public opinion turned against him, LBJ pulled out of the 1968 race. 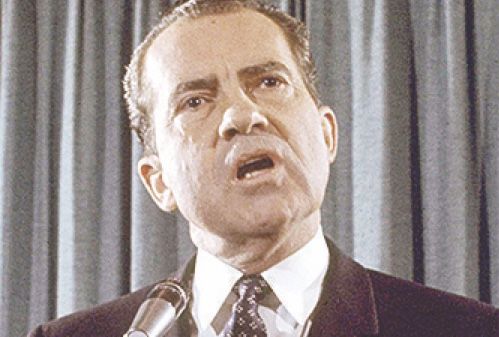 THE PROMISE: Nixon promised to find a way to make “peace with honor” in Vietnam. His aides told reporters Nixon had “a secret plan to end the war” – although there is no proof Nixon ever said this himself.

THE RESULT: U.S. combat casualties increased over Nixon’s first six months in office. The war dragged on, even after Nixon’s re-election in 1972. The last Americans were not withdrawn until 1975, after Nixon left office, allowing communist North Vietnam to take over South Vietnam. 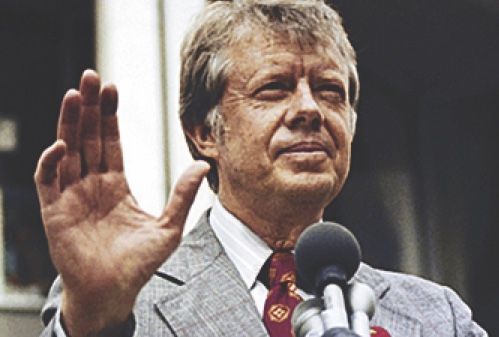 THE PROMISE: Carter campaigned on solving the energy crisis, increasing the gas tax, deregulating the oil and gas industry and even promising to pursue alternative energy sources by putting solar panels on the roof of the White House.

THE RESULT: Once in office, Carter found it difficult to get support for any of his initiatives. Congress was unenthusiastic about a gas tax. His own party blocked any attempt at deregulating the oil industry. The energy crisis worsened under the Carter administration. 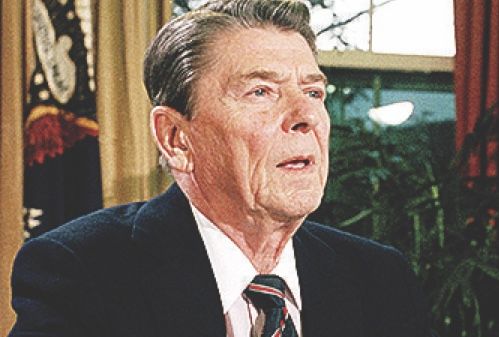 THE PROMISE: Reagan promised during the 1980 campaign to pass a constitutional amendment allowing voluntary prayer in public schools.

THE RESULT: The Reagan administration did, indeed, propose such an amendment in his second year in office, but the proposal died in Congress. It would be brought up again in 1999 and in 2006 with similar results. 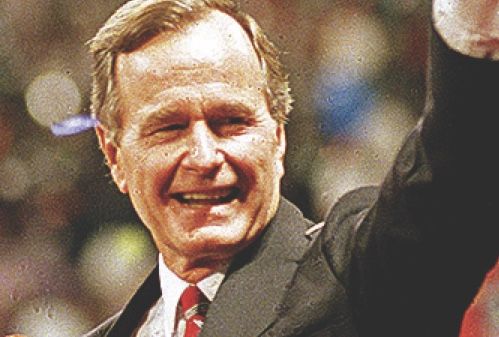 THE PROMISE: In his acceptance speech at the 1988 Republican Convention in New Orleans, Vice President George Bush told the crowd: “Read my lips: No new taxes.”

THE RESULT: The Bush administration found itself plagued by a persistent recession while the federal deficit increased. After months of trying – and failing – to hammer out a deal with Congress for steep spending cuts, Bush admitted on June 27, 1990, that increases in tax revenue would be necessary. Bush would sign tax increases into law that November. 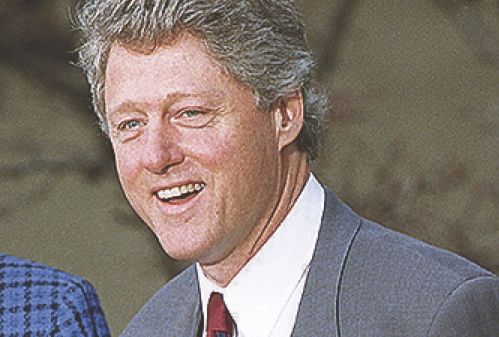 THE PROMISE: Clinton campaigned extensively on a complete overhaul of the health care system to provide universal health care to all Americans.

THE RESULT: Clinton made health care reform a huge priority for his first term, but found himself up against conservatives and a big-spending publicity campaign by the health care industry. Clinton put First Lady Hillary Clinton in charge of the task force, which failed to gain support. The proposal died, despite Democrats controlling both houses on Capitol Hill. 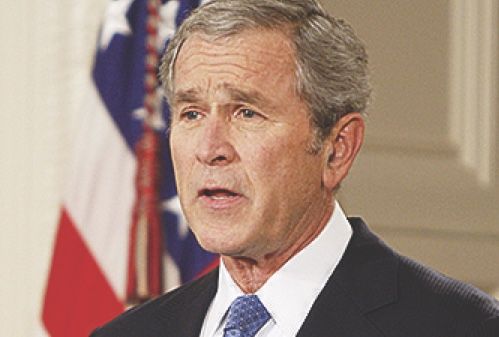 THE PROMISE: Bush promised to reduce government spending, to privatize Social Security and to “change the tone” in Washington. More importantly, he said "If we don't stop extending our troops all around the world in nation-building missions, then we're going to have a serious problem coming down the road. And I'm going to prevent that."

THE RESULT: Under the Bush administration, government spending skyrocketed – in part because of new wars in Afghanistan and Iraq in the wake of the 9/11 terrorist attacks. 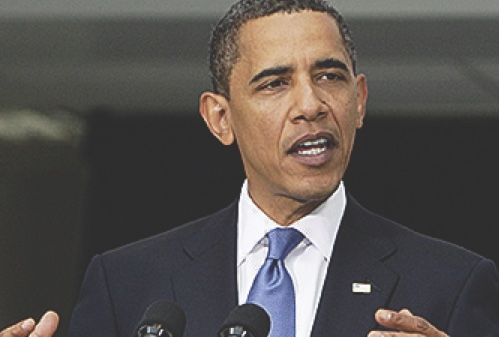 THE PROMISE: Obama promised he would work to “close the partsan divide in Washington.”

THE RESULT: For a variety of reasons, Washington’s partisan divide was much larger when Obama left office in 2017 than when he entered in 2009.

Politifact tracked 533 promises Obama made in his campaigns: 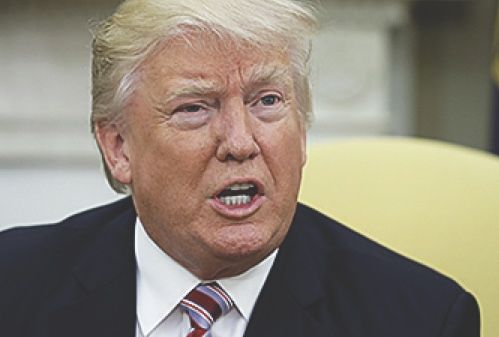 THE PROMISE: Trump was vocal about several promises: He said he’d repeal Obamacare, build a wall along the border of Mexico – and have Mexico pay for it – and have Hillary Clinton imprisoned.

THE RESULT: None of those have come to pass. The Washington Post tracked 60 Trump campaign pledges: 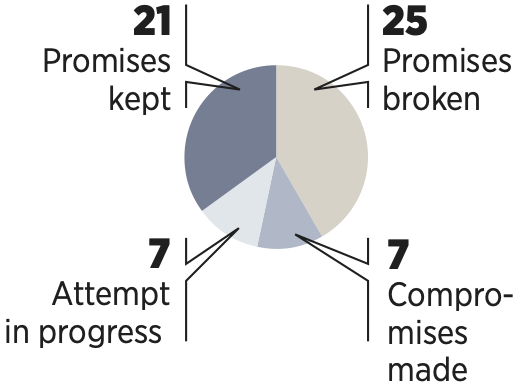