LAS VEGAS – For the third time in as many tries, Gonzaga had trouble shaking off a San Francisco team that’s given the Bulldogs more trouble than everyone in the West Coast Conference not named BYU.

The Dons tested the Bulldogs once again, but didn’t get any closer than that to upstaging one of the top teams in the country and second-ranked Gonzaga hung on to beat USF 81-77 in Monday night’s WCC Tournament semifinal at the Orleans Arena.

The victory gives top-seeded Gonzaga (30-2) its 19th straight against fourth-seeded USF and sends the Bulldogs to their 23rd consecutive WCC championship game. They’ll play the winner of the second semifinal, between Saint Mary’s and BYU.

Killian Tillie led four Bulldogs in double figures, scoring 19 points while hauling down 10 rebounds and Gonzaga outlasted USF by scoring five straight points inside the final three minutes after the teams were knotted up at 69-69. Ryan Woolridge scored 19 points while Joel Ayayi and Filip Petrusev each had 14 for the Zags.

Dons center Jimbo Lull played with four fouls a majority of the second half, but was finally sent to the bench with his fifth at the 2-minute, 23-second mark, after scoring 13 points to go with five boards.

USF’s Khalil Shabazz knocked down a 3-pointer that cut the deficit to 68-65 with 1:07 to play and the Dons had an opportunity to tie the game after Joel Ayayi missed an elbow 3, but Shabazz watched his next shot miss at the other end before Tillie and Admon Gilder closed out the game from the free throw line.

The Dons, who lost by just four points when the teams met in the Bay Area earlier this season, and held a halftime lead when they played in Spokane, trailed by five points at the break Monday and had multiple leads in the second half.

USF’s leading scorer was Charles Minlend, with 19 points, while Shabazz had 17 and Remu Raitainen had 11. – Theo Lawson, The Spokesman-Review

Joel Ayayi made a string of giant plays in the final 4-plus minutes Monday, and his team was extremely grateful, because the sophomore guard carried the top-seeded Bulldogs past No. 5 San Francisco 81-77 in the WCC Tournament semifinals. | Read more »

A bit more than four minutes remained when Joel Ayayi got loose in the paint and pulled up for a 10-footer that would give Gonzaga the lead for good and paint a whole new shade on the day. | Read more »

TV Take: When it comes to the WCC Tournament, Gonzaga fans can bet on the ESPN tandem of Bob Wischusen and Dick Vitale to be on the call

No matter what you think of Vitale, beneath all the “babys” and the “PTPers” is a knowledgeble basketball mind. You would expect nothing less from a former college and NBA coach. And when the game is close, Vitale has the sense to display it. | Read more »

Gonzaga-San Francisco: 3 keys to the Bulldogs’ victory over the Dons in the WCC Tournament semifinals

As the top scorer and rebounder Monday evening, Killian Tillie had plenty of moments that stimulated the Gonzaga-friendly crowd a West Coast Conference Tournament semifinal against San Francisco. But there was another moment that went mostly unnoticed, maybe with the exception of a few astute Orleans Arena observers. | Read more » 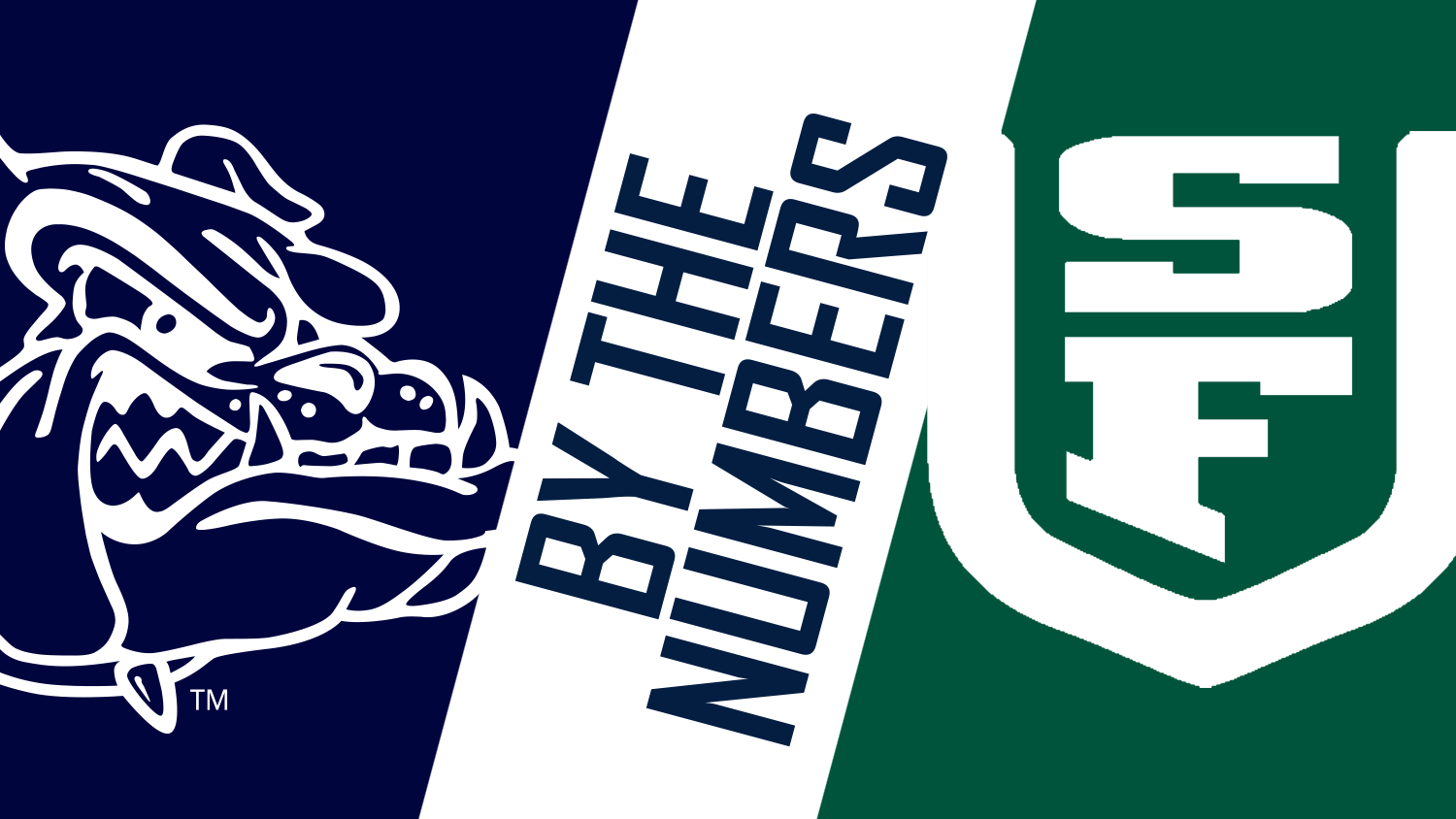 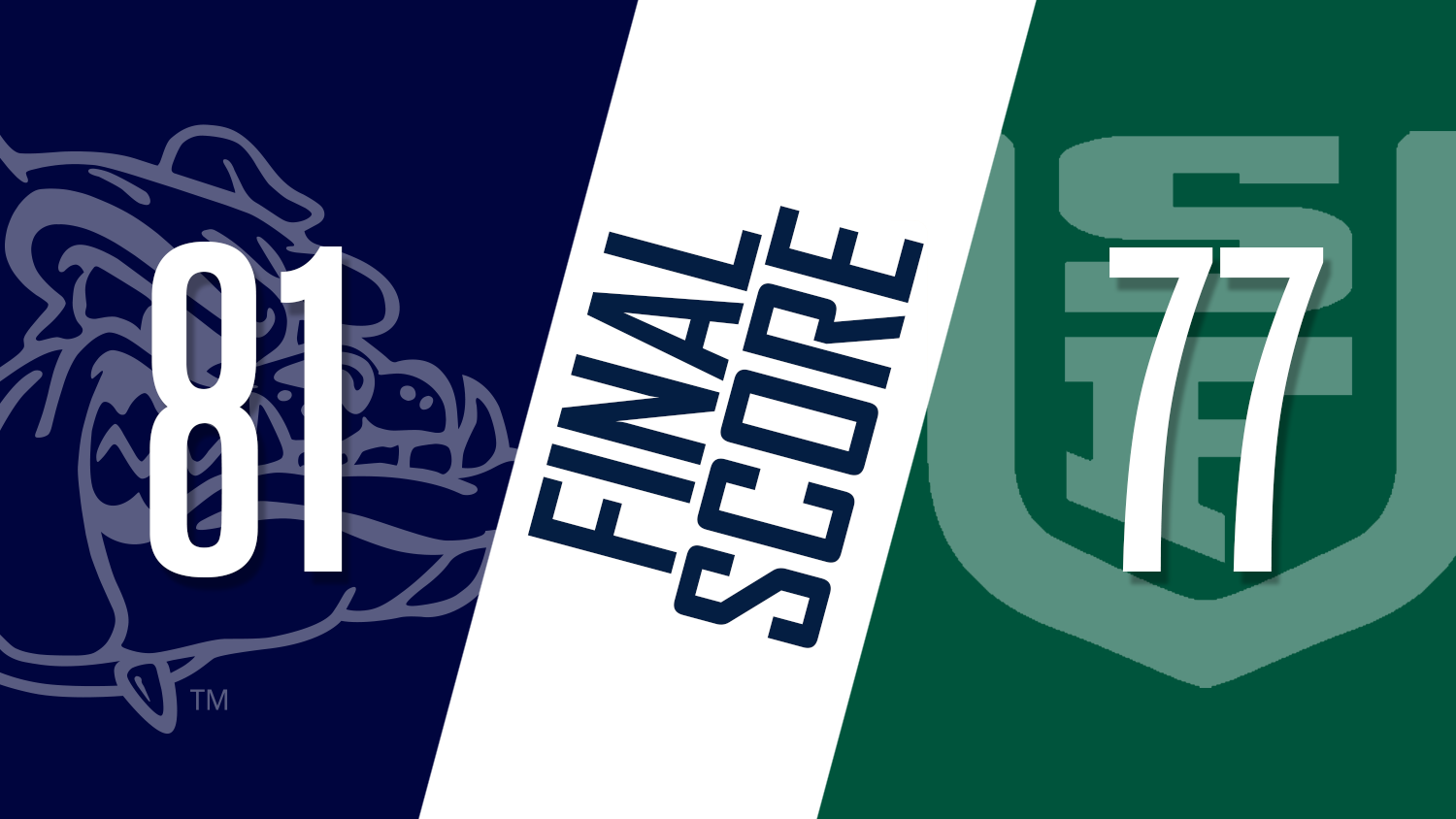 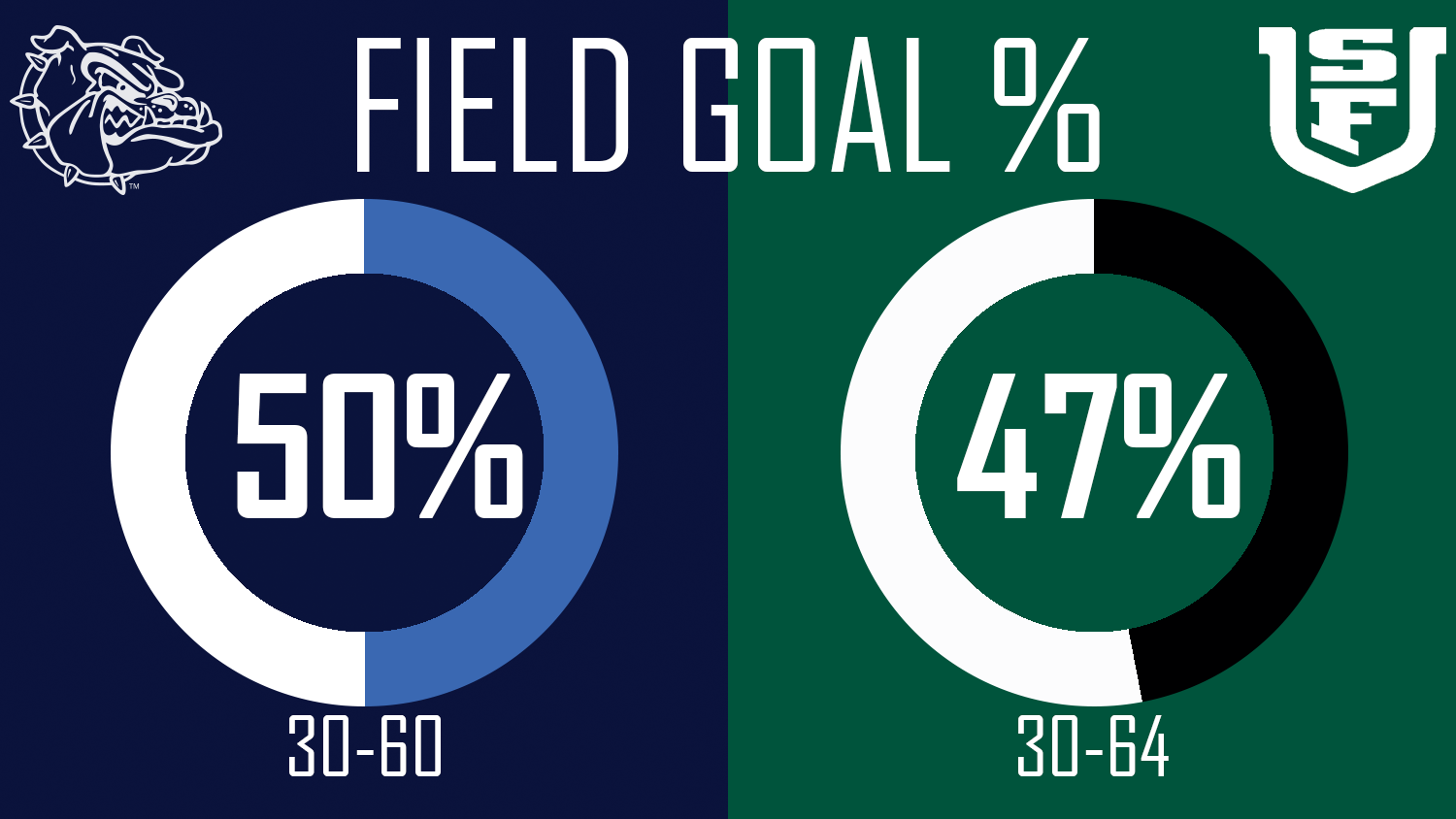 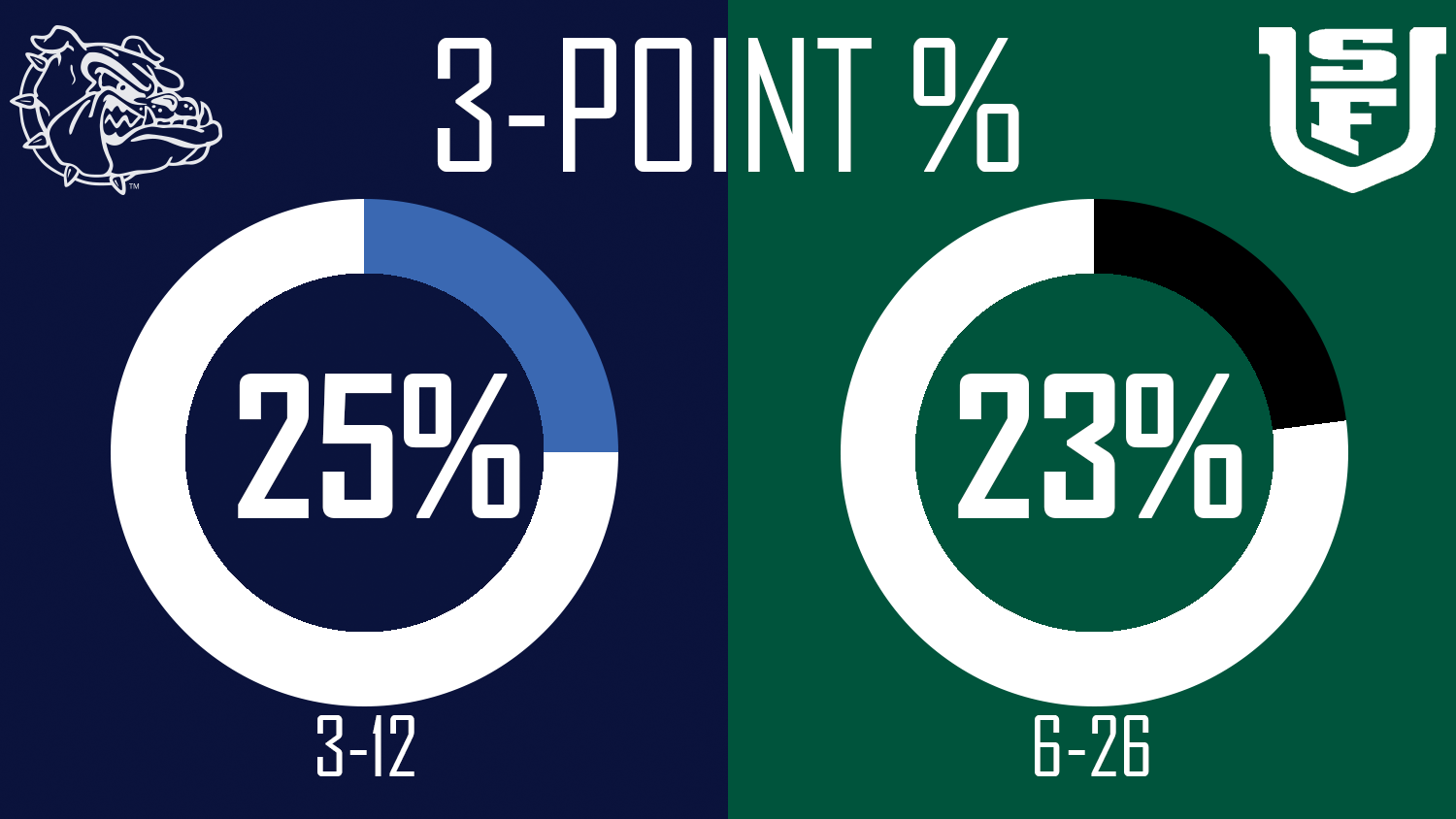 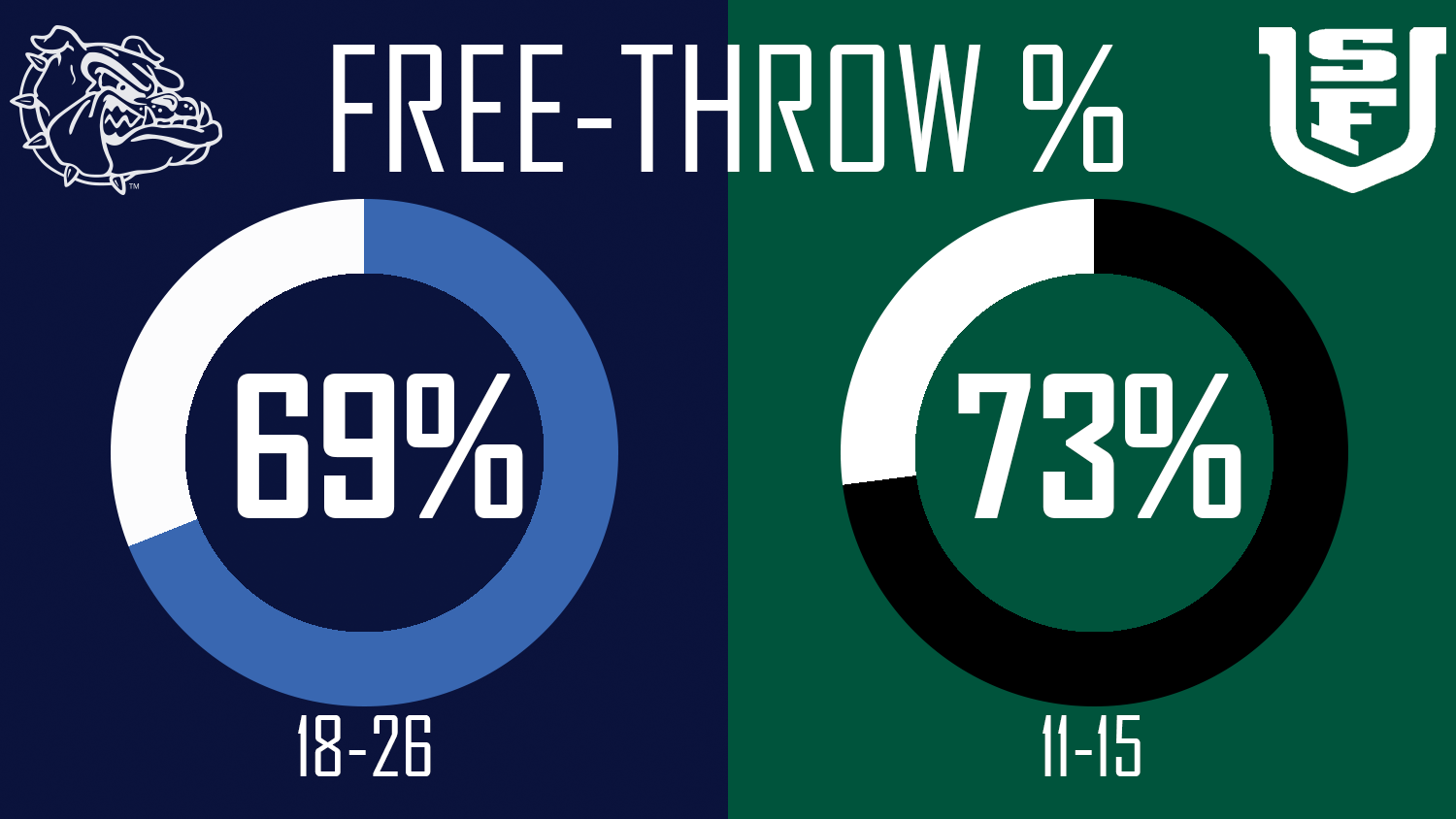 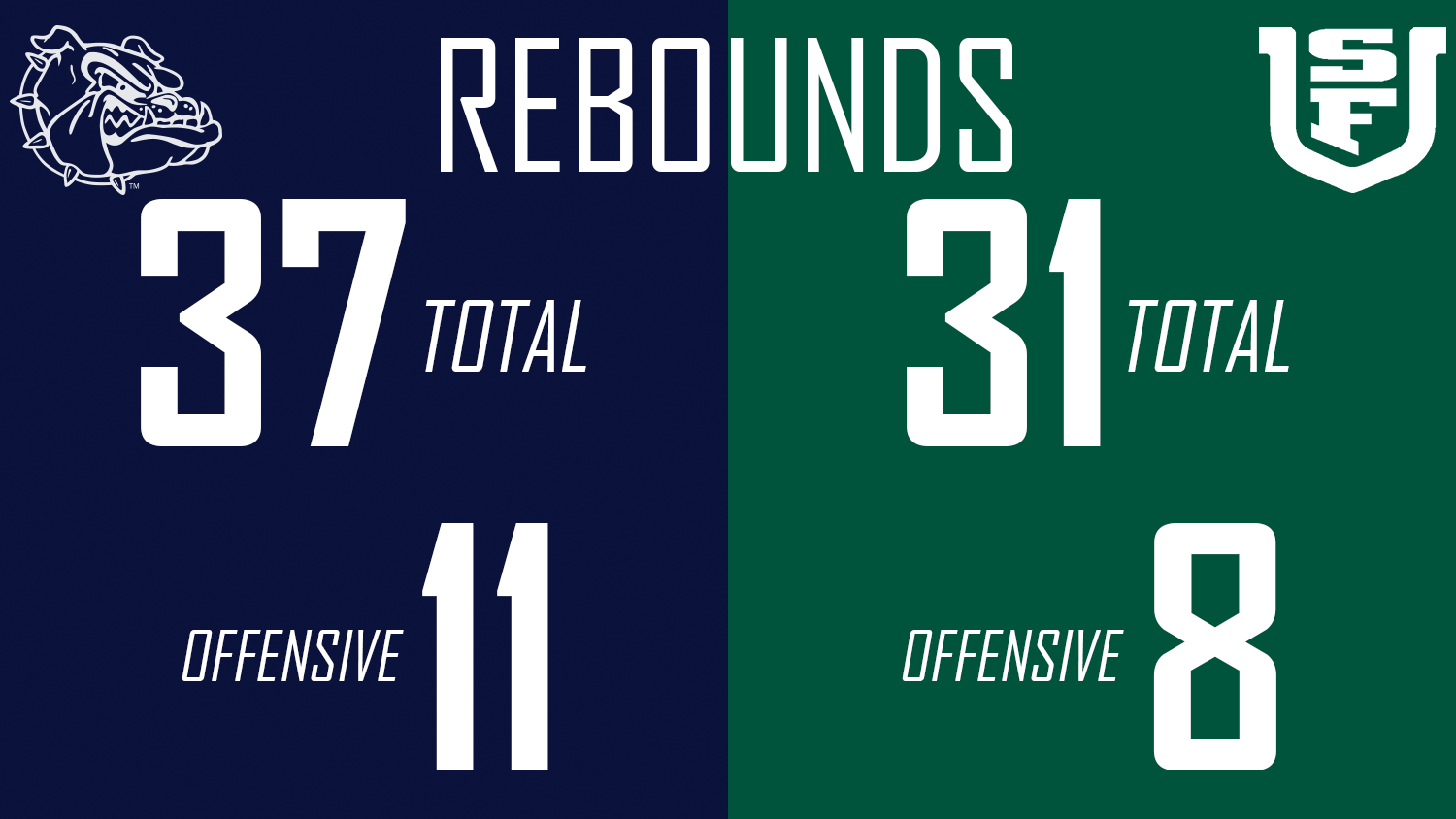 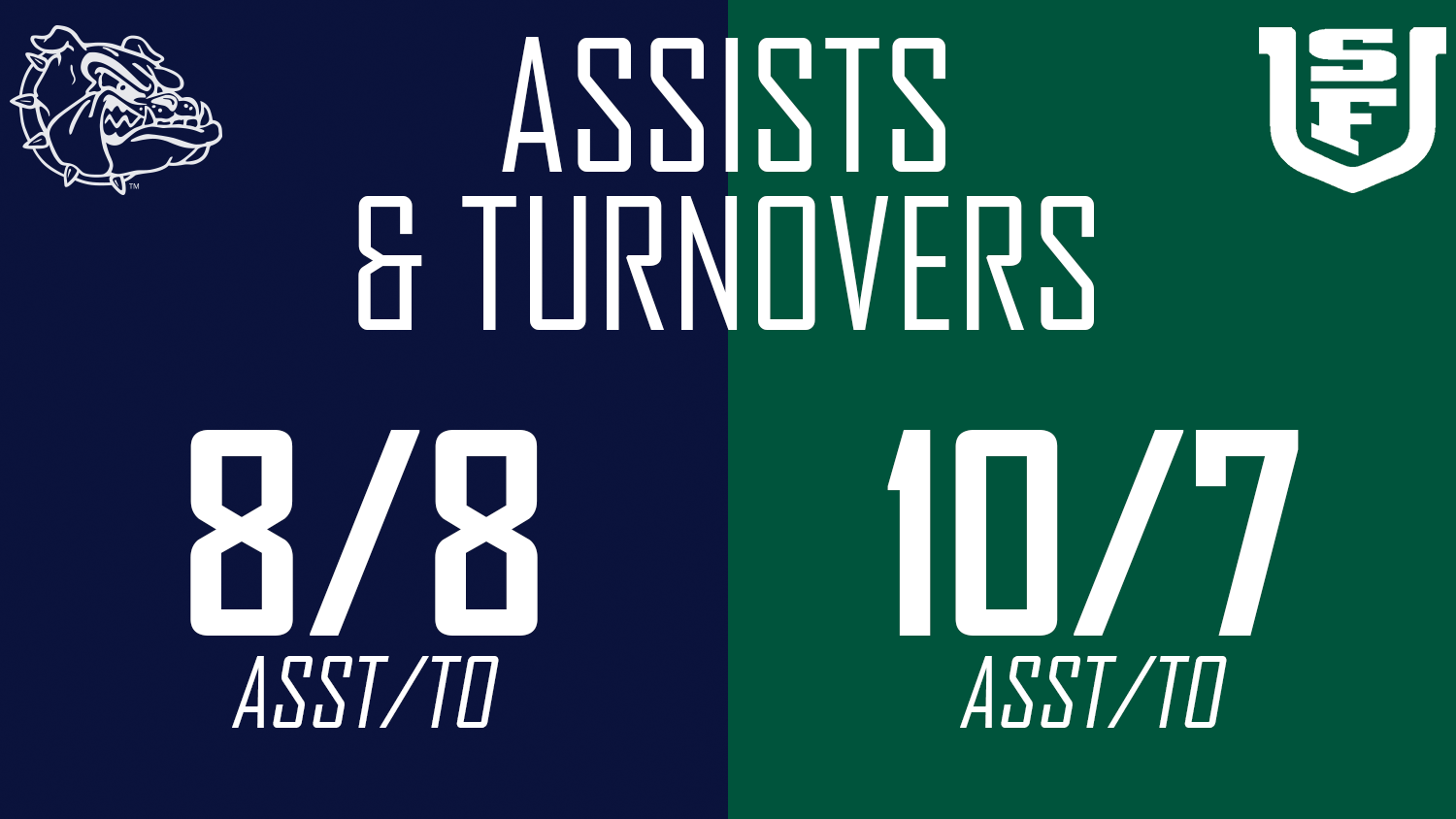 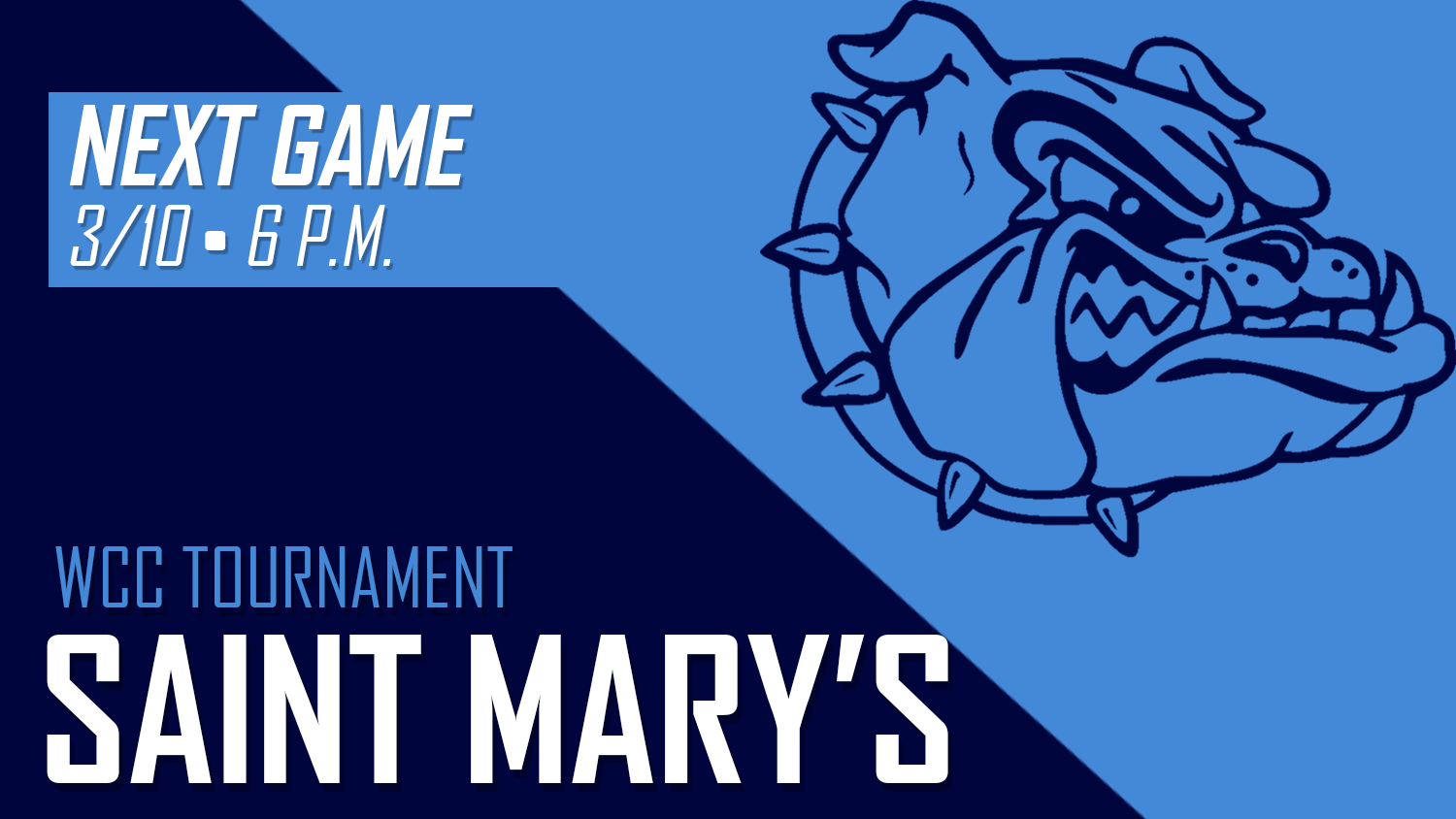 Woolridge has found success getting to the basket, both off the dribble and cutting without the ball, and is 3-of-4 shooting on three layups.

Filip Petrusev has four points for Gonzaga, which is shooting 70% and has made its last four shot attempts.

USF center Jimbo Lull picked up an early foul on an illegal screen. The 7-footer has battled foul trouble in the two prior games against Gonzaga, so look for the Zags to attack the big.

Woolridge has nine points on 4-of-5 shooting.

Corey Kispert and Filip Petrusev have four points apiece for the Bulldogs.

San Francisco is shooting just 38.5% from the field and is 1-of-5 from 3. Charles Minlend leads the Dons with four points.

2:48 – Gonzaga 31, San Francisco 29: Bulldogs clinging to a 2-point lead as the Dons have found their rhythm on offense.

San Francisco used a 9-0 run to pull level with GU at 25-25. After a Gonzaga timeout, Ryan Woolridge snapped Gonzaga’s 3:25 scoreless streak with a layup.

TIE GAME! 👀@USFDonsMBB and @ZagMBB are putting on a show! Tune in on ESPN. pic.twitter.com/hoGs8aIzJk

Woolridge leads GU with 11 points. He also has two rebounds and an assist.

San Francisco guard Charles Minlend made his last two shots and is up to eight points to pace the Dons.

San Francisco center Jimbo Lull picked up fouls two and three, which should open the middle for GU bigs Filip Petrusev and Killian Tillie. Petrusev has six points and Tillie has four.

Gonzaga 40, San Francisco 35: Ryan Woolridge has 14 points and the Bulldogs lead the Dons at the half.

Woolridge is 6-of-8 shooting. The point guard is also 2 of 2 from 3-point range and has two rebounds.

Charles Minlend and Remu Raitanen have nine points apiece to lead San Francisco. Minlend is 4 of 10 from the field. Raitanen is 3 of 4 from 3.

San Francisco center Jimbo Lull has six points but also three fouls. The 7-footer being in foul trouble should open up the interior for Tillie and Petrusev.

USF center Jimbo Lull scored two quick buckets to reach 10 points for the game, but then picked up his fourth foul on his second illegal screen of the game.

Filip Petrusev has all Gonzaga’s points this half and is up to 12 points on 5-of-10 shooting.

12:14 – Gonzaga 53, San Francisco 51: San Francisco has made five of its last six shots, including a wild basket by Dzmitry Ryuny on a bank from the baseline, and trails by just 2.

Charles Minlend and Khalil Shabazz have 11 points apiece to pace the Dons.

Ryan Woolridge is up to 16 points for Gonzaga.

Charles Minlend and Khalil Shabazz have 14 points apiece to pace the Dons.

Both teams are struggling from 3-point range. Gonzaga is just 2 of 10 while San Francisco has made 4 of 19.

3:54 – Gonzaga 71, San Francisco 69: Bulldogs holding onto a 2-point lead behind 10 points in the second half from Killian Tillie.

Tillie hit his first 3-pointer of the game to give the Zags a 67-65 lead with 7 minutes left.

Nice fake, drive and pass from Ayayi to Tillie. He takes, settles and drains the big 3 for @ZagMBB pic.twitter.com/CkxoKrJDxG

Tillie has 16 points and nine rebounds.

Shabazz and Charles Minlend have 17 points apiece to lead the Dons.

Killian Tillie has 17 points and 10 rebounds for Gonzaga.

Gonzaga men’s basketball hitting the floor at the Orleans Arena.

The Zags will take on San Francisco at 6!

Highlights and reaction at 10:30 on @SWXRightNow and 11 on @KHQLocalNews 🏀 pic.twitter.com/ZNSKRNEQvT

Good luck to the good guys in the @WCChoops tournament !! Wish I could be there to support but I’ll be watching! Go Zags!! @ZagMBB

Mark Few isn’t one to go overboard with excessive praise, but this season’s squad drove him to it following an 86-76 win over Saint Mary’s in the regular-season finale that capped a 29-2 regular season. | Read more »

Somebody suggested it would be a good time to pick Gonzaga’s All-Vegas team.Can’t do it, I demurred. No credibility. I’m never up at 5 a.m. to see which Zags fans are still blinking through the cigarette haze and piling up chips at the Orleans Casino craps tables – and somehow still manage to make their tee times. No, they said. Basketball. Oh. Well, that’s different. | Read more »

LAS VEGAS – Like a lot of visitors to Sin City, Gonzaga’s 11 West Coast Conference Tournaments here have produced countless memorable moments as well as a few unpleasant nights at the other end of the spectrum. | Read more »

Being tucked up in the Pacific Northwest, GU finds itself on a private plane more often – at least for longer stretches of time – than other teams might. | Read more »