A GRIP ON SPORTS • College sports is different than the “next level,” as many commentators like to call the professional ranks. The biggest difference is, with college, the players come and go, but the coaches remain. For the most part. Our list of most accomplished college basketball coaches in the Inland Northwest over the past 50 years includes coaches who has stayed for decades and others who passed through rather quickly. But they all had success.

That leaves a void. We’re trying to fill it with some thoughts on seasons past, including today’s look at the most accomplished college coaches in this area’s past 50 years. (We picked 1970 as the starting point because we can remember back that far – and these are our lists. Before then, we have to rely solely on the historical record. That’s not as much fun.)

Usually countdowns begin at, say, 10 (or in this case, like Nigel Tufnel’s amplifier, at 11) and work their way toward the top spot. But we all know who is at the top this list, right?

No one has done more than Mark Few.

Gonzaga’s head coach has not only won more games – 599 – than any other Inland Northwest college coach, he’s only the second ever to lead a team to the NCAA title game – Jack Friel, in 1941 with WSU, is the other – and the only one to win 30 games in a season, an accomplishment the Zags have reached six times in the past eight years. He’s head-and-shoulders above not only the Inland Northwest’s list the past 50 years, but would be for many other regions as well.

Let’s count them down …

10. Ray Giacoletti (Eastern Washington, four seasons, 2001-04): Not many coaches in the area can say they had a winning record every season they were at a school. Giacoletti can. His 69-50 stint in Cheney included three second-place finishes in the Big Sky and, in his last season, a conference title and NCAA berth. After three seasons as Utah’s head coach, Giacoletti returned to the area and spent six seasons sitting with Few as a Gonzaga assistant.

9. Jerry Krause (Eastern Washington, 17 seasons, 1967-85): Krause’s accomplishments as Eastern head coach can’t be diminished. He won 262 games, though the Eagles were in the NAIA for much of his time in Cheney. But Krause also has to be judged by his influence outside EWU, including at Gonzaga (as director of operations), a member of the NCAA’s rules committee and as a prolific writer of basketball-coaching books.

8. Dan Fitzgerald (Gonzaga, 15 seasons, 1979-1997): Fitz had two stints as Gonzaga’s head coach and was the first to take GU to the NCAA Tournament (1995). His 252-171 record seemed remarkable at the time, though it pales in comparison, of course, to what Few has accomplished. However, he earns bonus points for identifying young coaching talent, including Few, and giving those with it an opportunity.

7. Shantay Legans (EWU, three seasons, 2018-20): One of only two current area head coaches on this list, Legans has done enough to be included. Heck, this season alone might have earned him a spot. The Eagles finished 23-8 overall, were 16-4 in Big Sky Conference regular season play and were the top seed for the canceled conference tournament. Win that, and they would have earned the school’s third NCAA Tournament berth. As it is, Legans already has a conference title trophy on his mantle. Add in his eight seasons as Eastern assistant and his legacy in Cheney is only growing.

6. Matt Logie (Whitworth, eight seasons, 2012-19): Logie has moved out of the area but his eight seasons at Whitworth included seven of 23 wins or more and seven NCAA Division III Tournament appearances. His record as the Pirates head coach: 194-35.

5. Jim Hayford (Whitworth, 10 seasons, 2002-11; EWU, six seasons, 2012-17): Hayford is the only coach on this list who was successful at two area schools, an accomplishment in itself. Whitworth had experienced success under Warren Friedrichs (251-195 from 1986 to 2001) before Hayford arrived from Sioux Falls near the turn of the century but Hayford lifted the Pirates to another level. He took them to the NCAA Division III Tournament his last five years, won at least 21 games in each of those seasons and reached the Elite Eight in his final year. At Eastern, Hayford became only the fourth coach to win 100 games at the school and the second to take the Eagles to the NCAA Division I Tournament. 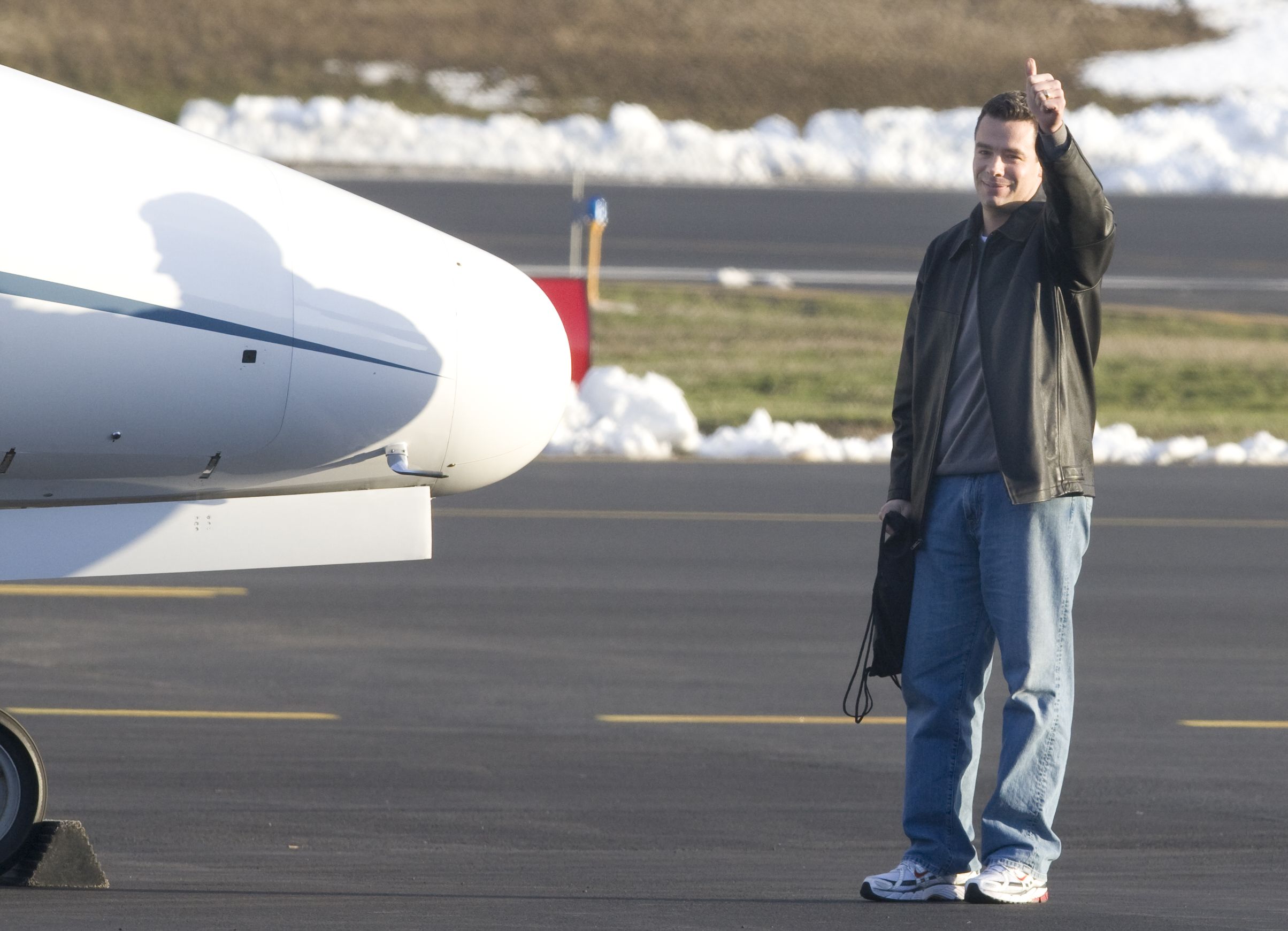 3. Tony Bennett (WSU, three seasons, 2007-09): It’s hard to include someone who only coached in the area for six years, three as a head coach. But Bennett’s accomplishments in Pullman earn him a spot. All three of his Cougars teams played in the postseason, with the middle one earning a Sweet Sixteen spot in WSU’s second consecutive NCAA berth. In those three years, Washington State won 69 games (and only lost 33). If Bennett had stayed longer in Pullman, he probably would be one spot higher.

2. George Raveling (WSU, 11 seasons, 1973-1983): No one in the past 50 years has had a more sustained run of success at Washington State than Raveling. In his final eight years in Pullman, he finished in the upper half of the Pac-10 (or Pac-8) all but one time. That’s remarkable. His 167-136 record at WSU looks even better when you realize he lost 48 of those games in his first three years. He also earns high marks for breaking barriers as the Cougars’ first African-American basketball coach, not a small accomplishment in 1972.

• I didn’t really notice until I started putting this list together, but the coronavirus outbreak cost Few a chance to cross a milestone mark this season. Six hundred wins are impressive. Only a couple of coaches who plied their trade in the Northwest, even for a little while, have passed that mark.

Ralph Miller and Marv Harshman spent either all (Harshman) or most (Miller) of their life coaching in our corner of the nation. Some, like Kelvin Sampson, passed through on their way to either better or worse things.

It seems more than likely Few will pass everyone who has ever coached Division I basketball in the Northwest. In a little more than three years, if things return to normal, he’ll be over the 700-win mark. After that, who knows where he will end up.

• Before we get to the majority of the links, we interrupt with some news. Late last night Bloomsday announced it was postponing the race to September 20, marking the first time in 44 years Spokane’s biggest one-day event won’t fill that first weekend in May. Dave Nichols has our story.

If the number of people who have been running past my house recently is any indication, the postponement is going to be felt throughout the community. It seems as if the recent virus-induced slowdown has released a desire to get out and run. Doing so with a Bloomsday T-shirt waiting down the road won’t happen, however, until late summer this year.

Other large events were pushed back yesterday as well, including the French Open tennis tournament, the Kentucky Derby and another of golf’s major events, the PGA.

WSU: It was a good year for Washington State’s basketball team, which is telling. A .500 record – the Cougars finished the truncated Pac-12 Tournament at 16-16 – is a step up these days. But it wasn’t just the record, as Theo Lawson knows. It was how the Cougars got there. Over the course of the season there were many highlights, including the 10 he shines the spotlight on in this story. … Around the Pac-12 and everywhere in college hoops, the NCAA will have trouble financially with the cancellation of its tournaments. … The conference is at the forefront of the NIL issue. … Washington’s Jimmy Lake is worried about things other than football right now. … Oregon is moving ahead with plans for a new video board. It will be big. … John Canzano delves into Jim Bartko’s recent death – and his life. … The lack of pro days won’t hurt the stars. It will limit the other players. … The women’s basketball polls were released yesterday and the conference was well represented, led by Oregon at No. 2. … HBO has a documentary on the recent college basketball scandal. It’s not kind to Arizona. … The Wildcats’ final ranking is their highest in years. … Utah’s future seems bright. … Arizona State is losing a player.

Gonzaga: The Zag women finished the season with its best-ever ranking in the Associated Press’ final poll, 13th. Jim Allen has more in this story. … Jim also shares the news the women received a commitment from a player set to arrive in 2021. The interesting thing about Esther Little? She is another international player, joining a long list of those for the Bulldogs.

EWU: Larry Weir yesterday spoke with Shantay Legans, who may end up on the list we had above at some point. The interview is part of the latest Press Box pod. We will be talking with Larry this morning and will have a link to that conversation tomorrow.

Preps: A fan at the 2A and 1A State basketball tournament in Yakima has tested positive for COVID-19. Dave has more information in this story. … Dave also has another interesting piece on how the ban on gatherings is affecting sports-dependent businesses.

Seahawks:  Folks, Russell Wilson and Ciara get it. … The Hawks haven’t been linked to many big names other than Jadeveon Clowney. But they are busy with the mid-level free agents, including an offensive lineman. … Teams may reach agreements with players in the free agent period, but it won’t be official until the contracts are signed. That may take a while.

• Is there anyone else you would add to our coaches list? Or do you think the order should be changed? Let me know. If you’re good, don’t worry. We’ll have something else tomorrow for you to get upset about. Until later …