Your children are home from school for the next several weeks. Their teachers are sending work for them to do. That’s keeping them occupied for — what? — maybe 45 minutes a day?

If you can, talk your child into putting down the video games and turning off the television set and reading a book. If you’re successful at doing this, please write us and tell us how you did it.Once your child complies, it’s only fair to put something extra cool into her hands to read. Not surprisingly, there are some great books that have been released over just the past few weeks. 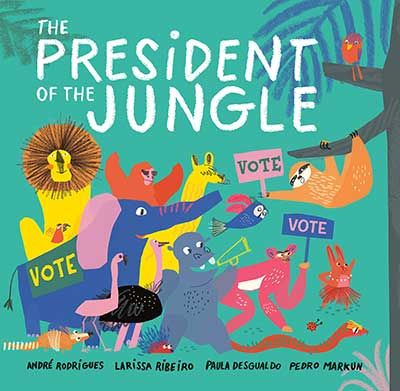 The President of the Jungle

The lion has been really full of himself lately, so the other animals of the jungle decide to hold an election to determine a new King of the Jungle. Your child will enjoy the story. And you may like the little references to, um, current events — like, for example, the pink monkey carrying an #occupythejungle protest sign. 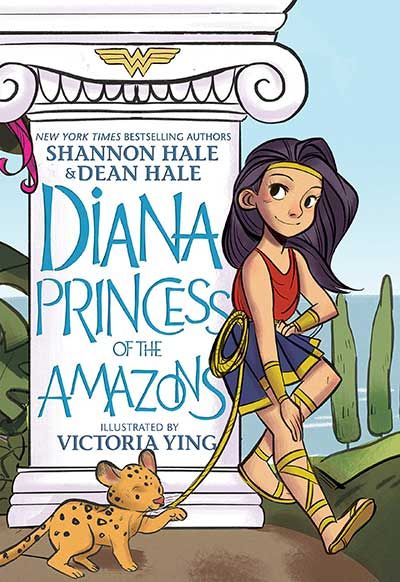 Diana Princess of the Amazon

In this graphic novel, 11-year-old Diana has everything she could wish for, growing up on the island of Themyscira. Everything except a friend her age. But she might want to be careful what she wishes for — she’s not Wonder Woman quite yet. 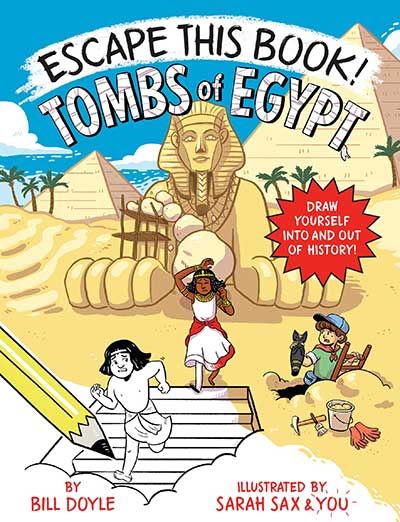 Escape This Book: Tombs of Egypt

By Bill Doyle and Sarah Sax 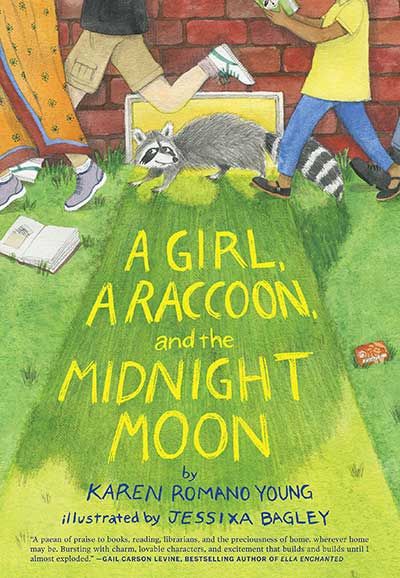 A Girl, A Raccoon, and the Midnight Moon

When the Edna St. Vincent Millay Library is scheduled to be closed, the daughter of the librarian teams up with her friends — plus a literate raccoon — to have the library.Consider ordering books locally — with folks staying home, the locally-owned business are hurting the most. And Auntie’s on West Main in Spokane is offering curbside pickup. Just sayin’:

A number of prominent movie stars and children’s book authors have teamed up to read books over their Instagram feeds to help kids spend quarantine time. There are at least two efforts out there. Search for hashtags #OperationStorytime and #SaveWithStories Among the folks participating:

In addition, children’s book writer Mo Willems — author of the Elephant and Piggy series — is hosting a lifestream video “Lunch Doodle” session every Monday. He’ll show kids how to write and to draw and will answer questions. Each session will start at 10 am Pacific Time and will last about a half-hour. You can still watch the broadcast, of course, after it’s ended.

Every year, the New York Academy of Medicine takes certain artwork from its collection, makes a coloring book of it and then offers it free online, as a PDF document. And then the Academy invites other museums around the world to participate. More than 100 do.

This is not exactly your typical coloring book material. You’ll want to hunt around through their (fairly extensive) collection. These are samples from real, live science and art museums. There is the occasional work of art that might not be suitable for very young children.

The Atlanta Journal-Constitution put together a list of five quick-and-easy science projects using items you’re likely to have around the home. How to make rock candy. How to make a lava lamp. How to make a solar cooker out of a pizza box. How to make oobleck.

What is oobleck? It was featured once on an episode of “The Big Bang Theory.” Oobleck is a very strange substance that behaves like a liquid and a solid. You can whip some up with water, corn starch, a bowl and maybe a little food coloring.

Try the oobleck. If your kids end up getting hired as physicists at CalTech — well, then, that’s a bonus.

Yes, it’s difficult to drag your kids away from the magic flatscreen. We get that. But rather than let them channel surf, why not find something new and interesting for them to watch?

This seems to be the hottest streaming service around right now, and for good reason: They have (nearly) every Disney movie, all the Pixar movies and all the Marvel comics movies.

Last week, Disney+ announced it was picking up “Frozen 2” way ahead of schedule — originally, they didn’t plan to steam that film until June. And the Disney+ folks also began streaming “Star Wars: The Rise of Skywalker” ahead of schedule as well.

The TV series “The Simpsons” also recently made a highly-publicized move from Hulu to Disney+.

Universal pictures announced Monday that some of the movies currently playing at nearly-empty theaters will begin streaming online soon. This would include “Trolls World Tour,” which was scheduled to begin playing theaters on April 10. Universal says it’ll offer that movie for $19.99 for a 48-hour window, starting on that date.

For what it’s worth, Universal says it’ll offer other recent releases — “The Invisible Man,” and “The Hunt” — for the same price, as early as this Friday.

We should note that neither of those latter two are suitable for children.

If streaming from one of the big services isn’t for you, then try something a little different: Watch an older movie that’s lapsed into the public domain.

Open Culture compiled a list of more than 1,150 movies that are free to watch online. Included among them:

THE ONE THING YOU DO NOT WANT TO DO

..Is have playdates with other kids.

The whole point of schools sending everyone home is to provide some “social distancing” with kids. “This is not a snow day,” Dr. Asaf Bitton of Ariadne Labs told CNN last weekend. "We're in serious, almost unprecedented times right now."

IS THERE ANY GOOD NEWS?

Yes, there is. Most likely, your kids won’t be aected by the coronavirus.

“Unlike with the flu, children up to at least age 18 appear to not become very ill with Covid-19,” former CDC director Dr. Tom Frieden told CNN. “They can become infected, but fatal infection appears to be extremely rare.”

This is "a striking mystery about this virus," said Dr. William Schaner of Vanderbilt University. He theorized that a child’s immune system is not as developed as an adult’s, so the conoravirus doesn't trigger the immune system of a child into “hyperdrive,” like it appears to do in older patients.