According to a daily activity log, Pullman Police responded to a 5:44 p.m. phone call from an apartment Opgenorth would later confirm belonged to Beekman. The call was listed on the activity log as “breathing problems.” Beekman was already dead when Pullman Police arrived at the apartment on Northeast Harvey Road in Pullman. According to Opgenorth, there were no signs of foul play.

According to an email from Whitman County Coroner Annie Pillers, it will take “2 to 3 months” to determine the cause of Beekman’s death. Amid the “ongoing investigation,” the coroner’s office is not providing any additional information at this time.

The safety from Baton Rouge, Louisiana, started in 13 games for the Cougars last season after transferring from Arizona Western College in Yuma. He was primed to return as one of the team’s top defensive playmakers this fall under new head coach Nick Rolovich.

Spring workouts in Pullman, originally scheduled to begin Friday, were postponed due to the coronavirus outbreak, and athletic department officials planned to reevaluate the situation on April 2. WSU students were encouraged to stay at their permanent residence after spring break, and Rolovich told reporters Tuesday on a conference call the majority of his team had not returned to campus.

Beekman recently traveled home to Louisiana for spring break, posting a photo on March 14 from his younger brother’s state championship basketball game. Reece Beekman, a high school senior at Scotlandville Magnet High – the school Bryce also attended – won Outstanding Player honors in the Division I title game. Bryce attended and wore a white T-shirt, printed with a photo of the brothers and the words “Brothers Keeper.”

“My relationship with Bryce was still in its early stages, but I knew him to be a wonderful young man,” Rolovich, who informed the team of the news Tuesday night, said in a school news release. “He was always positive and well-respected amongst his teammates. My heart goes out to his family and friends.”

“We are in shock with the news of Bryce’s passing,” WSU athletic director Pat Chun said. “Bryce was a tremendous young man, great teammate and will be missed by all. We send our deepest condolences and prayers to the Beekman family and his many friends.”

Mike Leach, who took the head coaching position at Mississippi State in January, was the one who signed Beekman from Arizona Western in December 2018.

“Heartfelt thoughts and prayers go out to the Beekman Family and the Washington State University community,” Leach tweeted. “Bryce was an incredible kid who always had a smile and a kind word for everyone.” 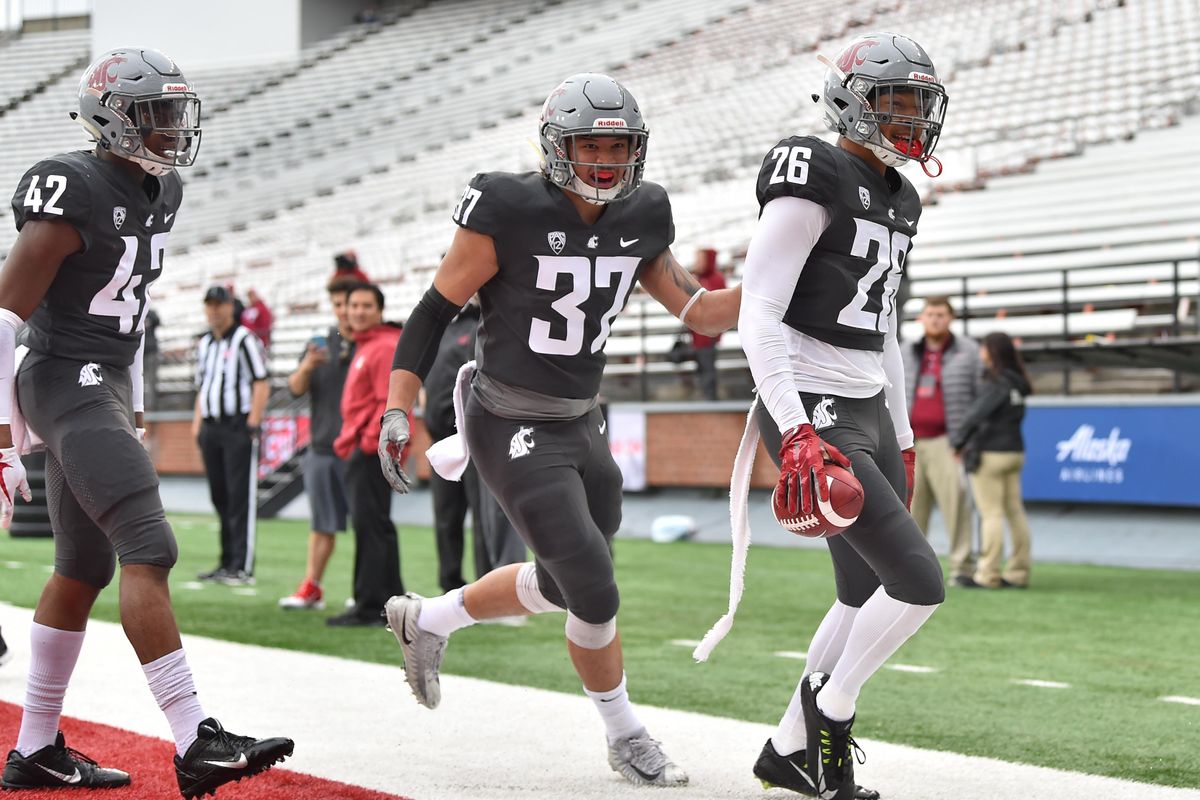 In this April 20, 2019 photo, WSU safety Bryce Beekman reacts after he intercepted a pass intended for wide receiver Davontavean Martin (1) on a play that was called back for pass interference during WSU’s Crimson and Grey Scrimmage at Martin Stadium in Pullman, Wash. (Tyler Tjomsland / The Spokesman-Review)

“Bro was so pure, genuine and always happy to be present,” Woods tweeted. “Never ever seen him upset. Often times on the field when I let my emotions get the best of me, he was ALWAYS there to uplift me and really anyone. There’s been multiple times where he wouldn’t leave me alone until I smiled.”

Countless current and former teammates, coaches, friends and others shared their condolences on social media after it was learned rising redshirt senior safety Bryce Beekman died Tuesday night at the age of 22. | Read more

Beekman, who transferred to WSU after playing two seasons at Arizona Western, immediately found a role in the Cougars’ defensive secondary after joining the team in spring 2018.

Last August, Beekman spoke to reporters about the growth he’d made in since enrolling at WSU in January and participating in spring camp.

“I’ve grown so much, it’s amazing how far I got from the spring till now,” Beekman said. “Because I feel comfortable in the defense, I can make certain calls with it. I’d say coming in the spring was the biggest thing, the biggest blessing for me.”

With his willowy length, the 6-foot-2, 190-pound Beekman emerged as a projected starting safety for the Cougars during spring practice, alongside Thompson, then claimed the free safety spot during fall camp and started in all 13 games for WSU last season.

Beekman was the team’s fifth-leading tackler, with 60 total takedowns, and he recorded 2 1/2 tackles for loss. He also had one interception, one forced fumble and one fumble recovery.

Beekman’s best stretch came early in the season, when the redshirt junior recorded 10 tackles in consecutive games against Houston and UCLA. He was a standout in the Houston game, forcing a fumble in the fourth quarter that would effectively seal a 31-24 win in the AdvoCare Texas Kickoff at NRG Stadium.

As a redshirt senior, Beekman would’ve been one of two returning starters in WSU’s secondary, along with Thomas, who played at the safety and nickel positions in 2019.

A native of Milwaukee, Beekman wore the No. 26 at WSU as a tribute to former Washington Redskins safety Sean Taylor. Beekman’s younger brother Reece is a four-star point guard at Scotlandville and rated as the No. 1 overall prospect in Louisiana. Reece is signed to play for ex-WSU coach Tony Bennett at Virginia next season.

Members of WSU’s football program will mourn Beekman’s death only 26 months after another player, Tyler Hilinski, died by suicide in an apartment near the Pullman campus.