A GRIP ON SPORTS • It’s that time again. After a few days of news, it’s time to get back to looking back. And making a list. Checking it twice. What’s up this morning? The 10 most-accomplished four-year college women’s basketball players in the Inland Northwest.

• Women’s basketball doesn’t stretch back into the history books as far as the men’s game, but in our memory, it’s pretty close. I can actually say I witnessed Ann Meyers and Nancy Dunkle play in person. (If you don’t know those names, we’ve decided, as a public service, to include links to their Wikipedia pages.) And there was the time, when I was writing a women’s sports column for The Orange County Register, I played a game – using what’s now the official women’s ball for the first time ever – with Molly Bolin, quite possibly the best shooter I’ve ever seen, regardless of gender.

This area has seen its share of outstanding players, some reaching back to the time my wife Kim, was playing for UC Irvine. In those days, the women's teams were afterthoughts, shunned by the NCAA – the organization didn’t begin overseeing the women’s game until the 1980s – and relegated to second-class status. It wasn’t until 1979, Kim’s senior year in college, the Irvine program actually had a paid assistant coach.

Thankfully, that’s not the case anymore. But the evolution of the game makes it harder to compare generations, even if those generations don’t reach back further than the 1970s. That doesn’t stop us, however. Nope. We have our list of the 10 most-accomplished players in this area and it spans the decades.

10. Tiffany Speer, Whitworth, 2002-05: Maybe the least-known player on this list, Speer was a scoring machine for Helen Higgs’ Pirate teams early this century. She was a two-time All-American, a two-time NWC player of the year and finished her career second on Whitworth’s all-time scoring list (1,707 points), including a school-record 48 in one contest.

9. Brenda Souther, EWU, 1984-87: I have a soft spot for unrelenting rebounders. That describes the 6-foot-2 Souther, who grabbed more than 1,000 in her Eastern career. She also left the school as its leading scorer (1,733 points, third on the school list these days) and still holds the record for scoring average (17.3 points per game). 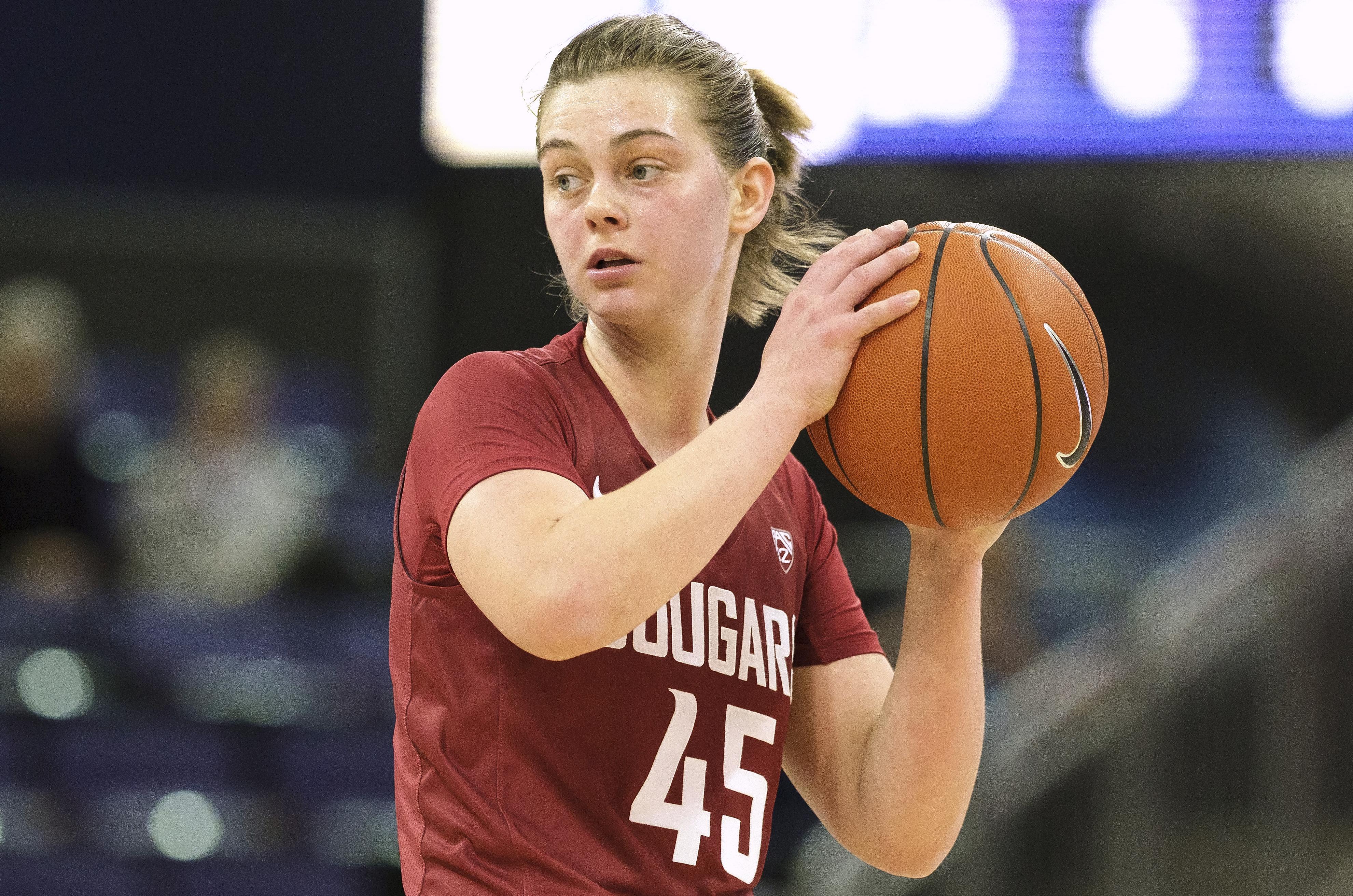 8. Borislava Hristova, WSU, 2015-20: The 6-footer from Bulgaria broke a Washington State record that stood for years (and will be listed further down the list). She leaves Pullman as the Cougars’ all-time leading scorer with 2,269 points, the most for any WSU player regardless of gender.

7. Lelani Mitchell, Idaho, 2003-06: One of the most exciting players ever in this area (Mitchell played her high school basketball for Kennewick), her quick hands and long pony tail set her apart from her peers. And still do, as she is still playing professionally. Though she played just three years at Idaho (she transferred to Utah for her senior season), Mitchell is first on the school’s career steals (323) list, second in assists (504) and 10th in points (1,479).

6. Heather Bowman, Gonzaga, 2006-10: Another local high school product, Bowman led Lewis and Clark to its first State title, then helped Gonzaga make trips to the NCAA Tournament. She also is the Zags’ all-time leading scorer, with 2,165 points, and third on the rebounding list (874).

5. Tara Flugel, Whitworth, 1989-92: A first-team NAIA All-American, Flugel is still the Pirates all-time scoring leader by average (18.7) and points (2,040). She was named the Northwest Conference player of the year three times and a four-time first-team selection.

4. Delaney Hodgins, EWU, 2015-18: OK, we’re going to cheat a bit here. Yes, Delaney, Eastern’s all-time leading scorer with 2,120 points, is No. 4 on our list. But her older sister, Hayley, has to be No. 4B. The elder Hodgins held the school scoring mark of 1,865 points, for all of two seasons. Delaney is also second on the school’s career list with her 16.4 points per game average.

3. Mikayla Ferenz, Idaho, 2015-19: The Vandals have had more than a handful of outstanding players the past few years, but none were better than Ferenz. Not only is she the school’s all-time scoring leader, with 2,466 points, she also holds the Big Sky Conference mark. Her 41 points against Northern Arizona is still the school record. But she was more than just an accurate 3-point shooter, though she did make 38.4 percent of her more than 1,000 attempts. She also is fifth on the school’s all-time assist list with 435.

2. Jeanne Eggart, WSU, 1977-82: Eggart was not only the best player in Washington State basketball history, she is also one of the best track athletes the school ever had as well. And, if you didn’t know, she won three State 4A titles as Mead’s head coach in the 1990s. Her school scoring record of 1,967 points lasted until this season and her 18.4 points per game average is still unsurpassed.

1. Courtney Vandersloot, Gonzaga, 2007-11: Vandersloot is the most-accomplished player in the area, no doubt. No one else was Naismith player of the year or a consensus All-American. From the moment she stepped on campus in the fall of 2007, she was dominant from the point guard spot, earning first-team All-WCC honors that year and every other season at GU. It was, however, the only year she wasn’t the conference’s player of the year. Second all-time at the school in points (2,073), she is first in assists (1,118), nearly double the next player on the list. Since leaving Gonzaga, she’s been a star in the WNBA and was expected to lead the U.S. Olympic team this summer, until the Games’ postponement.

No, I didn’t start out trying to balance out this list, either from the schools or the time periods. It just happened that way. Heck, there could have been two or three other Gonzaga players, like Tammy Tibbles or Shannon Matthews, added alone. And, yes, having watched many of these players perform over the years, I admit, did color my appreciation of their talents. But it is my list. Your list is probably different.

• Speaking of lists, Jeff Goodman contacted every Division I college basketball coach recently and asked them two questions. What is their favorite all-time TV show and movie? Due to the answers, I now have a new favorite college hoop coach. Todd Lickliter of Evansville has ascended to the top of my list.

He and I see eye-to-eye on one thing. And that’s enough for me. 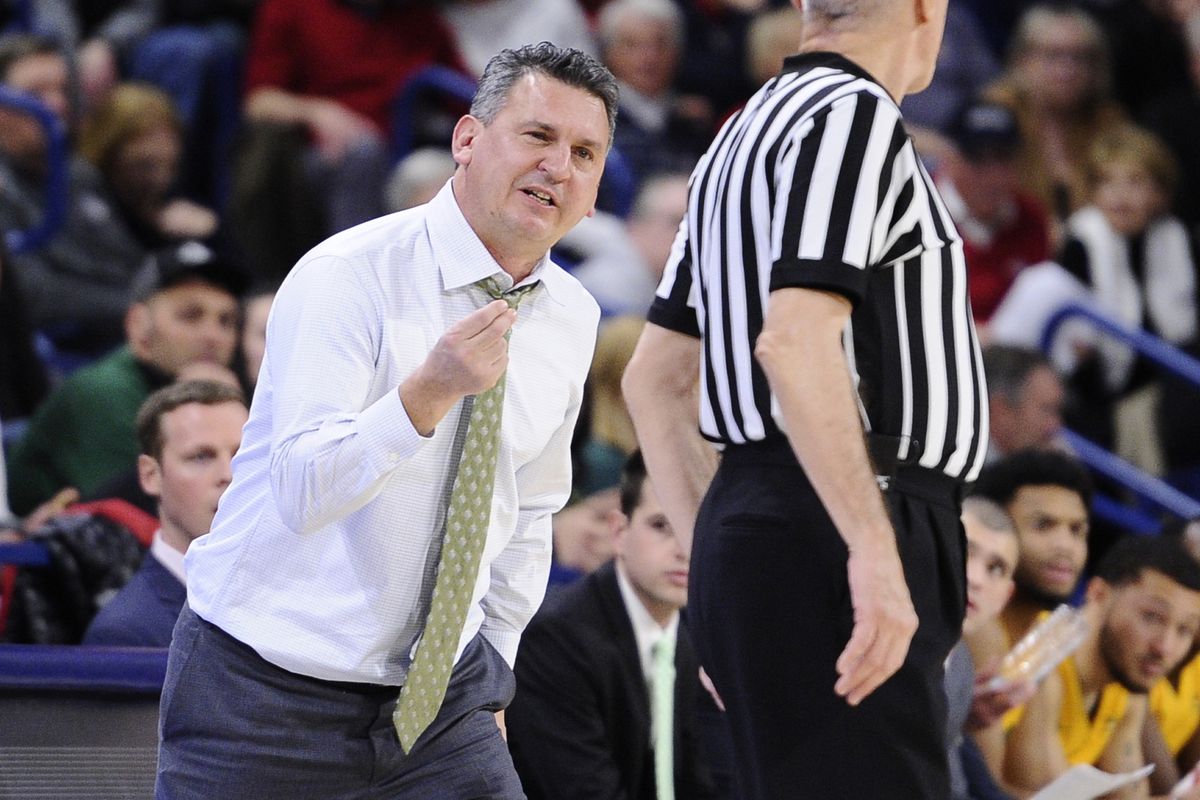 WSU: The college basketball season ended abruptly this year for many schools, including Washington State. That ending tips off Theo Lawson’s three-part look at the Cougars’ season. … Around the Pac-12, this is the anniversary of the Tall Firs NCAA title. It was Oregon’s last one in men’s hoops. … Oregon State has added to its football staff. … Colorado is working on next season’s basketball schedule. And its football coach is still waiting to get on the field. … The HBO documentary is a bad look, so to speak, for Arizona. … USC’s Andy Enfield has this postponement PR down pat. … Football coaches have new responsibilities these days.

Gonzaga: The NCAA announced yesterday a reduced payout to member schools this season due to the cancellation of the basketball tournament. Jim Meehan spoke with Mike Roth about how that reduction will impact the school’s athletic budget.

Whitworth: The Pirates will also see a pinch from the NCAA decision, though it will be more of a postseason hit. Dan Thompson explains what it means to Whitworth.

Preps: Dave Nichols is not just our prep writer. He’s also a baseball writer and fan. That’s the subject he covered with Larry Weir on the latest Press Box pod.

Seahawks: Throwback uniforms? Russell Wilson says “yes, please.” … The newest corner has already mastered a key skill. … How about the new offensive linemen? Can they false start as well as their predecessors?

Mariners: No opening day? Here’s what the M's lineup might have been.

• Curly Neal died yesterday at 77. He was a childhood hero, mainly because of his sterling play in a “Gilligan’s Island” episode. Just kidding. He was the most impressive Harlem Globetrotter during my youth, as impressive a ball-handler as you would ever see. By the way, the Indy 500 has been postponed, just the latest sporting event impacted by the pandemic. Until later …