• Former Washington State football coach Bill Doba had a nugget he occasionally pulled out of his pocket, literally, when asked why the Cougars couldn’t seem to land four-star recruits. It concerned a high school tight end from southwestern Washington who had committed to WSU. The player was a three-star recruit and, up until the week before signing day, stayed that way.

Just before he put pen to paper, however, the player switched his commitment to USC. According to Doba, the next day he earned another star. The three-star Washington State recruit became a four-star USC recruit.

We tell the story – we can’t remember the name from more than a decade ago, but Doba had it written down on a little card so he wouldn’t forget – to illustrate a point about Gonzaga’s recent rise in the recruiting rankings.

But is the class actually all that much better than other classes Mark Few has attracted to Spokane? Or has the Zags’ success earned the players they target a bit more in the way of attention?

Actually, it could be a bit of both.

From all reports, Jalen Suggs is the real deal. And by reports, we mean talk from college coaches, not recruiting services. A 6-foot-4 combo guard, he’s the type of athlete that can make a difference in the NCAA Tournament. The type of player schools like Kentucky and Duke usually attract. In other words, a bit different type of player than Gonzaga has typically enticed here over the years.

The other two members, Julian Strawther and Dominick Harris, are also exceptional. It’s a group that’s as athletic as GU has ever attracted. The No. 11 ranking passes last year (13) as the highest in the school’s history. And passes the 2016 (20) group, which included Zach Collins, Rui Hachimura, Zach Norvell Jr. and Killian Tillie, as well.

But it’s not as if the Zags haven’t recruited well before. It’s just many of their recruits have been under the radar.

One of the recruiting specialists, Josh Gershon, told Meehan most analysts have only been able to get overseas and see players in the past few years. Familiarity breeds higher ratings.

Case in point: Przemek Karnowski. No one knew how good he was going to be, because no one in the recruit-rating community had seen him. College coaches with an overseas presence, though, knew. It’s why Duke, California, WSU and others tried to get the 7-1 center on campus. But Tommy Lloyd had already made contact. And Karnowski was all but locked in.

And undervalued by the ranking entities. That flaw is being fixed.

But it still doesn’t answer the inherent-bias problem. As Doba pointed out with his football-ranking tale, if USC wanted a player a decade ago, he must be good. The original rating must have been too low. A star needs to be added. Thus it becomes a self-perpetuating cycle. The better programs attract better players because the better programs are trying to attract them.

So if Gonzaga is interested in Player A, and the Zags only want highly talented players, ergo, Player A must be highly talented. That brings up another question, however, that always hangs over recruits.

Is Player A the best fit? That’s been a question with Gonzaga and highly sought-after players in the past.

Austin Daye (ranked 34th in 2007 in the composite rankings) was extremely talented, but the fit in Spokane never seemed to work as well as it should have. After two mostly disappointing years, with some family issues sprinkled in, he moved on to the NBA.

Zach Collins (30th in 2016) helped the Zags to the NCAA title game, so his single season in Spokane has to be considered a success. But there were also family dynamics at work that sullied the stay a bit.

Now the Bulldogs welcome in a trio that is not only ranked highest is school history but, for the most part, also seems to be all-in playing Few’s way.

If the ranking services are right, the group, paired with last year’s highly rated six-player class, could take Gonzaga’s final steps that lead to the promised land of a national title.

That’s a question, however, that will have to wait until next spring to be answered.

Gonzaga: Jim’s story delves into more than this year’s recruiting class. He looks at past classes and talks with the folks that do the ratings. It’s worth your time. 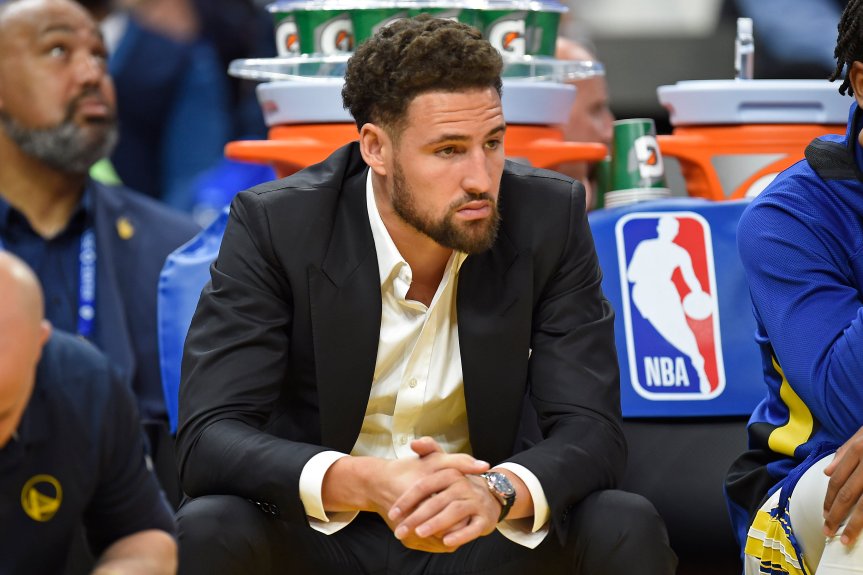 WSU: Klay Thompson wants all his fans to know where his rehab from a knee injury stands. So the former Washington State star put out a video. … Dan Cey, the son of former Cougar great Ron Cey, has left his high school baseball coaching position in Southern California, due to a run-in with the school’s administration. … Elsewhere in the Pac-12, the conference is funding new studies on health and wellness for college athletes. … The NCAA is going to allow some reduced scholarship levels next school year. … The patchwork openings around the country will probably impact football. … Arizona’s coaches for the win. Or loss, however you want to look at it. The Wildcats will give up 20 percent of their income this year. … Oregon State has some offensive line spots to figure out. Same with Oregon. … In basketball news, Arizona State’s Bobby Hurley raves about his recruits. … Colorado gave out its awards. … COVID-19 claims a Washington fan and employee.

Preps: The spring sports seasons would be heading toward the finish line right now. If things were normal. They are not, of course. But that doesn’t stop Dave Nichols. He has another in his series of senior stories, focusing today on a Mead softball player and the Panther seniors. … Dave also keeps up with the recruiting, and has a story today on G-Prep volleyball player Jacyn Bamis, who committed to Clemson. … Dave Trimmer recently caught up with one of our favorite Spokane high school basketball players, Briann January. January still burns to play.

Golf: Yes, golfers in Washington are excited about being able to hit the links again.

Seahawks: We have to acknowledge this, even though we really don’t want to. Domestic violence is an issue that has to be taken seriously, no matter the circumstances. Former Hawk Earl Thomas and his wife were involved in an incident recently.

Mariners: Baseball seems to be moving toward a July opening of some sort.

• Remember what Jim Walden used to say? It’s not the Xs and Os, it’s the Jimmys and Joes. He was right. The better the players, the better the coach. Tony Bennett has always been an exceptional college basketball coach, but players like DeAndre Hunter, Ty Jerome, Kyle Guy and Mamadi Diakite were the difference for Bennett in Virginia’s national title run. It’s quite possible Mark Few has assembled that type of difference-making group in Spokane. Until later …