A GRIP ON SPORTS • If you are sure everywhere in America will be open and humming in the fall, the NFL’s schedule release last night was a high point of your day. If you are not sure, then it was fun anyway, in a sort of odd way.

• On one hand you have the NFL telling everyone Thursday night, on primetime, the season will begin as usual, with teams beginning play on Sept. 13. On the other, there is California Gov. Gavin Newsom, whose state is home to three of the league’s teams, saying a couple hours earlier he doesn’t see how sports can return until a vaccine is developed and mass produced.

Seems a bit contradictory, no, seeing as a vaccine will not be available until 2021. 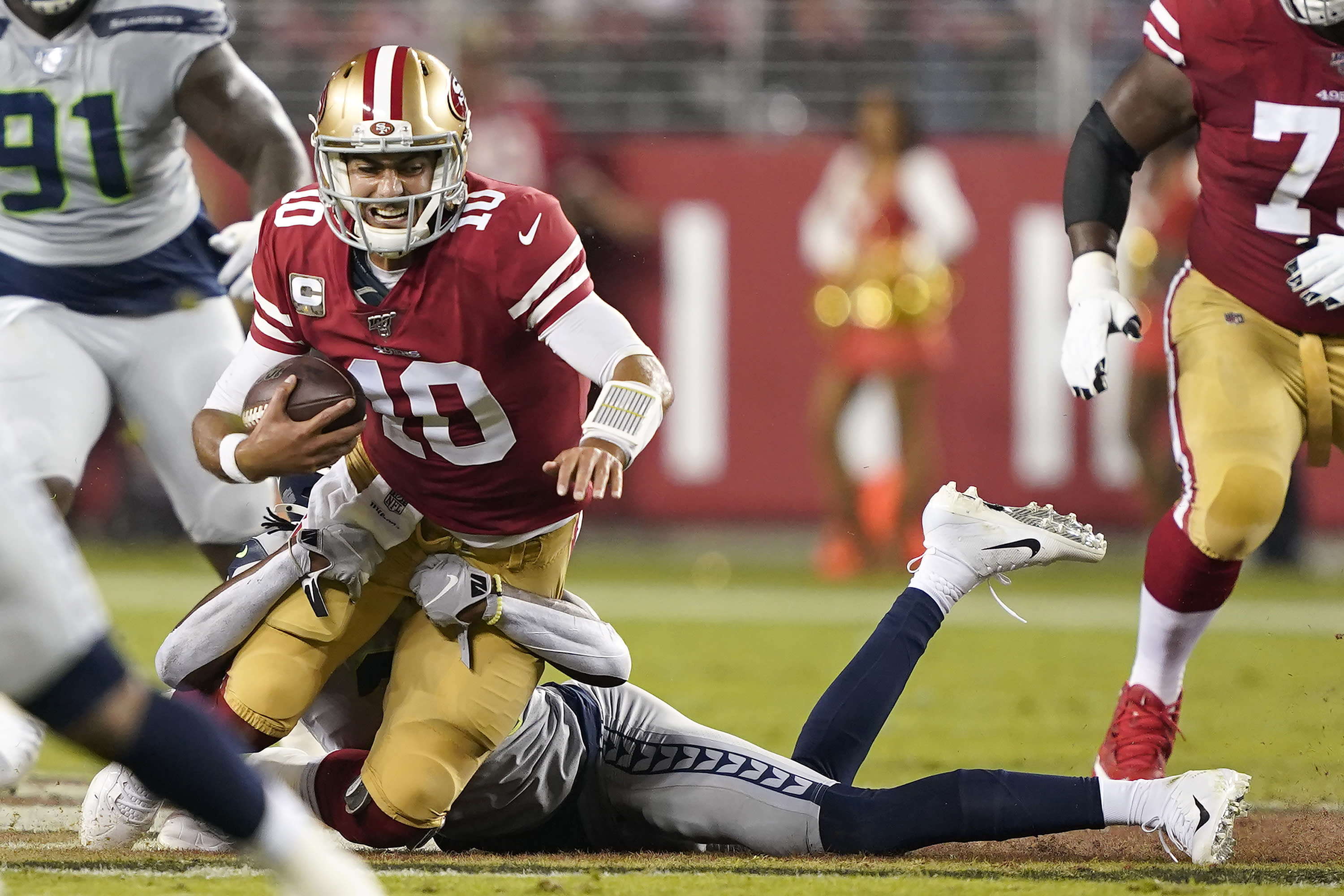 Oh well, I guess we will wait and see, though Newsom did bring up a good point. What happens if, say, a 49er offensive lineman catches the disease? Does the entire offensive line go into quarantine for two weeks? Might throw a wrench into the protection plans for Jimmy Garoppolo.

If the games go on as scheduled, the Seahawks will open in Atlanta, play their home opener the next week on Sunday Night Football against the Tom Brady-less Pats and not play an AFC West game – at Arizona – until Oct. 25.

They have four primetime games scheduled. They have two 10 a.m. (Pacific) games across the country, which used to be their nemesis, but isn’t any longer. And they host the two New York teams in back-to-back mid-December weeks. All in all, it’s a pretty interest (and typical) schedule.

• Speaking of schedules, football and the coronavirus, Oregon’s governor, Kate Brown said at a news conference yesterday she isn’t allowing any large sporting event crowds until the end of September.

The date could change, of course, but if it doesn’t, it seems as if the Cougars game in Corvallis, scheduled for Sept. 28, will either be played in front of an empty stadium, somewhere else or not at all.

Any of those possibilities would be a bit disconcerting, wouldn’t you say?

No matter what, though, Oregon State athletic director Scott Brown feels the football season will take place. There are no plans, he said yesterday, to cancel it (or to eliminate other sports). There have been contingencies made, but canceling the season is not one of them.

Gonzaga: Hey, more schedule news. The Zags will face Tennessee in the Jimmy V Classic Dec. 8. That game is in Madison Square Garden. It’s also a part of the Bulldogs’ big-name December, which features games versus Arizona (Dec. 5), Washington (Dec. 12) and Texas Tech (Dec. 19). Jim Meehan has more, lots more, in this story. … Sam Adams sometimes broadcasts Gonzaga games. That will be ending with his new job. Larry Weir spoke with the outgoing KHQ/SWX sports director about that in the latest Press Box pod. … Around the WCC, BYU has a new fan favorite. At least the coaches think so.

WSU: Now there are two. Two committed players for the 2021 class. The second, an offensive lineman from Utah, committed yesterday. Theo Lawson has the story. … Elsewhere in the Pac-12, there will not be an in-person media day this season. The conference confirmed last night the event, usually held in California in late July, will be held virtually this year. … Similar systems may have to be in place for schools, and football, to begin on time. … Utah’s Britain Covey seems to have been at Utah forever. … In basketball news, the ratings for Arizona’s recruiting class have jumped a bit. No matter what, Sean Miller expects a player returning from an undisclosed injury will make a huge contribution. … A pair of twins fooled Utah’s former coach once.

Preps: There will not be any American Legion baseball, nationally and in Washington. (Other states, however, are still planning some sort of summer season.) To fill the gap, some high school coaches are talking about a one-year, non-affiliated league. Dave Nichols has the story.

Seahawks: Of course there are breakdowns of the schedule. There always are. … The NFL is going to drop replay review of pass interference penalties. Is that a good or bad thing? Good for the speed of the game. Bad for when a penalty is blatantly missed.

Mariners: The Everett AquaSox are in limbo – now and in the future – like all minor league teams.

• Let’s hope the weekend is as beautiful as today seems to be. We could all use it. Until later …