A GRIP ON SPORTS • Rain, rain, go away. Come back … in the fall? It would seem only fair as we get the green light to begin doing a bit more, we would have some sun and warmth ready to accompany us. Nope. Not so just yet. Not around here. With that in mind, we use this morning to pour out a few notes from all levels of sports.

• For years and years horse racing fans were denied the pleasure of a Triple Crown winner. After Affirmed held off Alydar in all three races in 1978, the ‘80s, ‘90s and ‘00s went by without a Triple Crown champion. 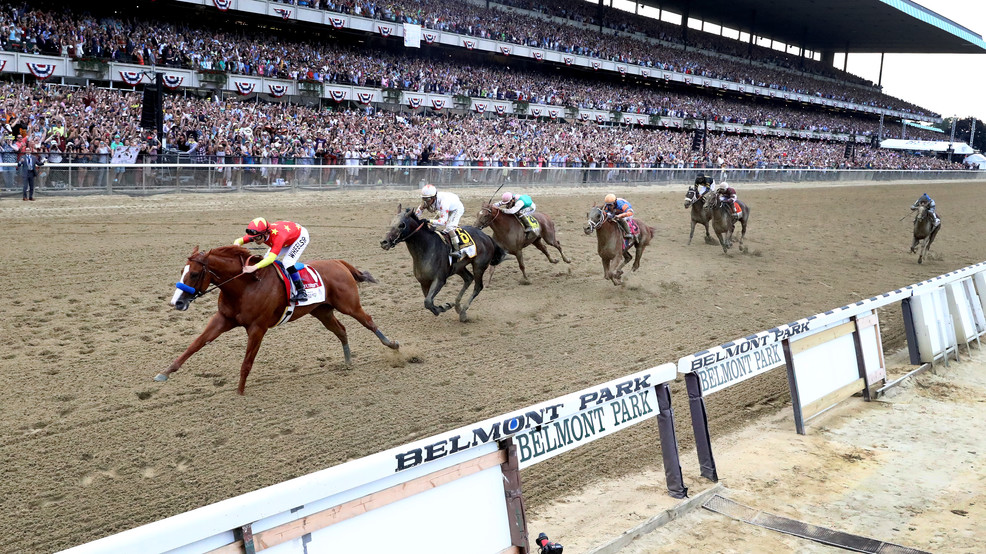 Then out of the blue shot American Pharoah in 2015. And Justify in 2018. Two in three years after almost four decades of none.

Thirteen times in that 37-year stretch a horse won the Kentucky Derby and the Preakness, only to falter in the 1 1/2-mile long Belmont Stakes. No matter what, that will not be the case this year.

The Belmont organizers announced yesterday they will run the third leg of the Triple Crown first in 2020, kicking off the series June 20. There will be no fans in attendance. And, as it’s the first of the key races for the elite 3-year olds, it will only be 1 1/8 miles.

If you are wondering, the usual kickoff race, the Kentucky Derby, will be run Sept. 5 and the usual middle leg, the Preakness, will end the trio on Oct. 3.

• Each May the NCAA releases the Academic Progress Rate results, the organization’s major measure of how well athletic programs are doing in the classroom.

The APR may be flawed, but it is also important, as the NCAA punishes programs that don’t meet a minimum four-year, rolling-average standard.

In most sports in the area, a perfect 1,000 score is more common than ones near the 930 cutoff range.

As Theo Lawson passes along in this story, 16 local programs hit the perfect mark again, while only one, Idaho men's basketball, is in danger of earning sanctions next year.

There could be a pause, however, for next season, what with the impact the pandemic has had on transfers and graduation rates. It is just another subject an NCAA committee will have to take up down the road.

• Speaking of pauses, the Naismith Hall of Fame was going to put on two college hoop games in London Dec. 6, with the featured contest pitting Kentucky and Michigan.

It’s off. And will be rescheduled for 2022. Kentucky and Michigan are still on board, but instead of kicking off a three-year series, the London game will be the finale. Maybe by then there will be a vaccine and treatment.

WSU: Around the Pac-12, Washington and Washington State are still trying to determine if games this fall will include fans – and how many. Actually, everyone in the conference is. … The Huskies will have a new look offensively. … Oregon will have a new look at strong-side linebacker. … It’s official. UCLA has a new athletic director. … Former USC quarterback Jack Sears has transferred to Boise State. … In basketball news, Both Gach’s decision to transfer caught Utah’s basketball staff by surprise. … A longtime Colorado coach and administrator, Ceal Barry, is retiring. … Arizona has finished its nonconference schedule. … Finally, the NCAA is still examining a new transfer rule and may extend the summer basketball recruiting periods into September.

Gonzaga: A Wake Forest transfer decided on Michigan over Gonzaga and others. Jim Meehan has the story.

Preps: Dave Nichols’ series of senior stories continues today with Shadle Park. Dave focuses on a track athlete, Tori Arnold, who expected to medal in this weekend’s now-canceled State track meet. … Without the spring season, James Fisher’s farewell to Ferris High was muted. The longtime track coach is retiring. Dave Trimmer has that information and more in this story.

Seahawks: Bruce Irvin is happy to be back in Seattle. Really happy. … The dates and times for the Hawks’ preseason games are set. Pending any virus-induced changes, of course. … Quinton Dunbar entered a not guilty plea, as expected.

Sounders: Masks. Distance. Cleaning. The Sounders are back training individually, but with certain precautions.

• The planning for D-Day had nothing on my preparation for mowing the lawn this spring. There may not be thousands of folks involved, but every aspect of the weather, development and health has to be accounted for before I can hit the backyard. After the last cutting on Saturday, I made a pass with the fertilizer spreader, which has induced incredible growth. Now, with the unceasing rain showers, I sit in my darkened living room worrying if, by the time I can power up the mower again, the grass will be too high and too thick to control with a single pass. Have I miscalculated? Will the upcoming mow, whenever that can be, lead to a disaster? Stay tuned for the next episode of our ongoing series covering this spring’s battles with the forces of nature. Until later …