A GRIP ON SPORTS • Yesterday and today seem a bit like the supermarket these days: crowded one day, pretty empty the next. And certain essentials are missing.

• No one subject holds our focus this morning, not even a national one. Is this what Thursday mornings are supposed to be like? I can’t recall.

Anyhow, instead of saying “let’s get right to the links,” I’ll take a moment to reflect on track and field. 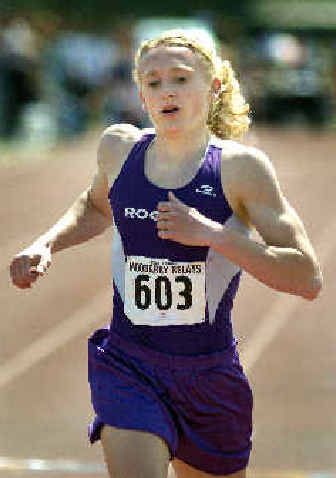 Mainly because this would be the weekend Washington held its State meets. (I had that wrong last weekend, as Memorial Day weekend usually includes spring State finals, except in years like this one when the holiday falls so early. My bad.) And we have a couple stories looking back at high school meets and records.

As I’ve said here before, even when I was a prep sports writer, I didn’t cover many track meets. Here (and in another life in Southern California), we had well-funded prep staffs and track experts (I see you Dave Trimmer and David Osterman, the longtime OC Register prep writer who is sadly no longer with us).

Better to leave the complexities of the sport to those who understood how to cover it.

Me? I just loved watching. Track meets have always been one of my favorite events. I’ve shared many times in this space my attendance (with my father) at the 1968 Olympic Trials. He and I used to also attend meets at UCLA, including one time when an over-exuberant fan broke his stopwatch, and at Pasadena City College.

But cover it? Man, it’s way too hard. Too much to see, too much to write. Back when WSU was a national power (and dual meets were a thing in college), I marveled at how well John Blanchette covered the Cougars’ track meets. He seemed to be able to weave little biographies into the larger picture, all the while keeping us abreast of the all-important outcome. It was his greatest talent.

The best part of a track meet as a spectator? Unlike a football or baseball game, where there is down time, something is always happening at a meet. No matter where you look, there is someone testing themselves either against a number or another participant. On your right, someone is trying to clear a bar, with or without a pole. On your left someone is jumping into a pit. Or running fast. Or throwing something.

An eight-ring circus of sports.

Not unlike, really, what usually follows this section in this daily column. And, yes, if I could I would add one of those “laugh-out-loud” emojis right here.

Gonzaga: Want to hear what Corey Kispert thinks? About everything? Then click here at 10 a.m. and join our latest Virtual Northwest Passages Forum. Jim Meehan will be talking with Kispert and, I’m just spit-balling here, his NBA draft prospects may come up.

WSU: Elsewhere in the Pac-12 and all of college sports, the NCAA extended a coronavirus-induced dead period until at least July 31, which means no NCAA-sanctioned recruiting events can be held until August, a time when most are usually done. … Oregon State basketball coach Wayne Tinkle – have I ever mentioned he is a Spokane native who went to Ferris High? – is optimistic about next season’s chances of starting on time. … UCLA found out yesterday a key transfer will be eligible next season and won’t have to sit. … It looks as if Arizona’s Sean Miller, having failed to win a national title with U.S.-born players, will be trying in the future to do it with a bunch of international players. … In football news, Oregon seems set at the nickel spot. … The Ducks, however, like everyone else are still facing uncertainty about the season as a whole. … But don’t bet against football, even if other students are not allowed to return to campus. … An Arizona assistant has been coaching a long time.

Preps: There have been some mind-boggling records set by high school runners in this area, including some which have stood as state records for almost 60 years. Dave spends some time sprinting down memory lane with many of the local track coaches. … Dave Cook, the sports information director at Eastern Washington University, is missing the State small-school track meet, that would have been held this weekend. So he tells us why.

Seahawks: Veteran left tackle Duane Brown met with the media on what looks to be a Zoom call. As one could expect, he spoke his mind about a lot of subjects.

Mariners: Unlike some major league teams, the M’s have no plans to stop paying their minor league players. However, that means cuts in other areas.

• Best performance I’ve ever seen at a track meet? Probably Jim Ryun running away from the pack in the final 400 meters at the 1968 Olympic Trials among the Lake Tahoe pine trees. But, being I was 12, I hardly remember it. My dad always helped me keep the memory alive, however, by talking about it. That gives it even greater significance. Until later …