A GRIP ON SPORTS • The soundtrack that accompanies our efforts this morning is one of wind, rain and splashing puddles. At least the bass drum, supplied by thunderclouds, has faded away. It’s a wet, dreary day that ends May. Seems appropriate.

• What did we miss in May? Let me count the sports and sporting events. 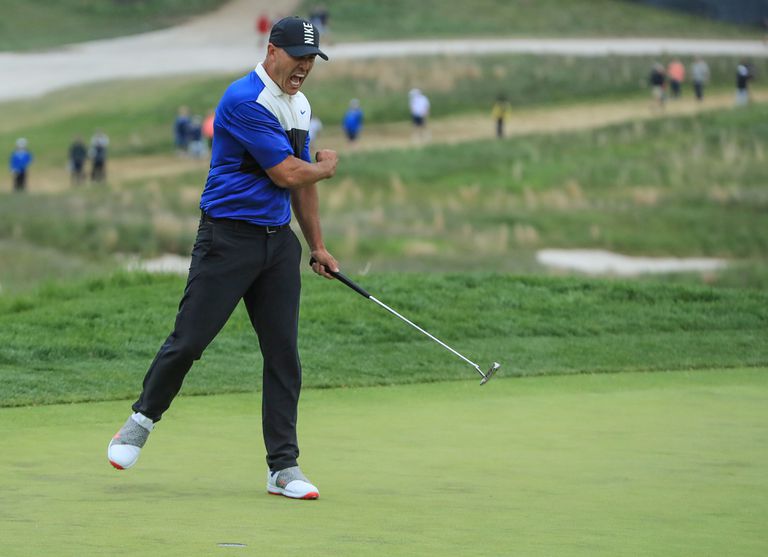 The Kentucky Derby. The Indianapolis 500. The PGA Championship. The Preakness. The French Open. The NHL playoffs beginning. Same for the NBA. Of course, baseball. The MLS and other soccer leagues. NCAA spring sports, high school spring sports. Nearly everything, really, in the sporting realm.

Will June be any better?

Don’t bet on it. (And, by the way, folks who enjoy gambling on sporting events had a dry May as well.)

Wimbledon has already been cancelled. The U.S. Open golf tournament has been postponed. The NBA hasn’t announced its plans for the rest of the season just yet, though some details are slowly emerging. The date isn’t among them. Same with the NHL. There will not be any NCAA spring sports championships, nor will there be a summer full of events for high school athletes hoping college coaches can watch.

The June sports landscape seems to be a bit more eventful, though that is all dependent on the numbers of patients in certain areas. The PGA hopes to be playing again in two weeks, with the Charles Schwab Challenge in Fort Worth. But what if the Dallas area sees a huge uptick in cases between then and now? No one knows.

We do know baseball won’t start in June, even if the owners and the players can agree on a compensation plan.

The MLS is planning on starting late in the month in Orlando, which seems to be the place to be these days (the NBA has been looking at the area as well). Again, it’s dependent on COVID-19 and its spread.

This past month was a wasteland. The next one seems to be a bit greener. One can only hope it’s not a mirage.

• John Blanchette has been around the Spokane area for a long time. He’s seen just about every major sporting event in the area for the past four decades. And a lot of the minor ones.

So it’s appropriate he took some time to share some of those local memories with the S-R readers this morning. If you want a walk down memory lane, the part most people rarely visit, then his column is made for you.

Maybe we should call it A Blanche on Sports. … No, probably not.

• Finally, we want to make you aware of a national calamity that may be possible later this year. Major League Baseball has decided mascots are not essential to its operation and need to be sidelined as long as the virus sticks around.

OK, I get it. No one wants little kids walking up to the Mariner Moose, throwing their arms around him and possibly spreading the virus. That makes sense. But the Moose is a source of smiles unmatched at Mariner games, certainly more of a source than the scoreboard the past couple decades.

So why not have Mr. Moose stay away from fans but still be part of the experience? Even if it is virtually or from a remote location? Cost-cutting is one thing. Fun-cutting seems to be a way to cut your own financial throat. WSU: Elsewhere in the Pac-12 and college sports, not everyone trusts Larry Scott to do what’s right for the conference’s athletes. … Former UCLA running back Joshua Kelley hopes to help the Chargers. … How is USC set at the receiving positions? … A former Arizona player has found a new home. … In basketball news, Sean Miller changed how he recruited this year. It’s paid off for Arizona.

Gonzaga: Around the WCC, it was an eventful season for the University of Portland women’s basketball team. The Pilots, picked to finish last in the WCC, won the postseason tournament title. … USD’s men will welcome a transfer for the upcoming season. … One thing is probably true: BYU will be fun to watch.

EWU: Around the Big Sky, a Washington State transfer is at Montana to prove something. … In basketball news, former Montana player Will Cherry is still going strong. … Weber State has brought in experienced transfers. … Want to know why the Big Sky cut four conference games? This is why. … Idaho State has added a successful local high school coach to its women’s basketball staff.

Preps: Dave Nichols finishes up his Senior Stories today, sharing one from Rogers High. Dave’s stories have been a fun addition to a definitely unfunny spring.

• Sports means something different to everyone. Especially sports writers. The Seattle Times asked its staff to explain their love of games to everyone. It’s worth reading. Until later …