Timme, a sophomore forward, showed his strength inside grabbing a game-high 10 rebounds. He also shot 11 of 16 from the floor and made 5 of 6 free throws.

Kispert finished 9 of 14 from the field and made four 3-pointers.

Auburn took an early 6-5 lead, but an 11-0 run by the Zags put them in control. Timme started the run with three-point play and Kispert finished it with a deep 3-pointer.

The Zags shot 53% from the field while Auburn made just 37% of its shots.

The Bulldogs, behind Timme, dominated inside. GU held a 52-16 advantage on points in the paint. Gonzaga also outrebounded Auburn 44-32 and scored 19 second-chance points to the Tigers two. 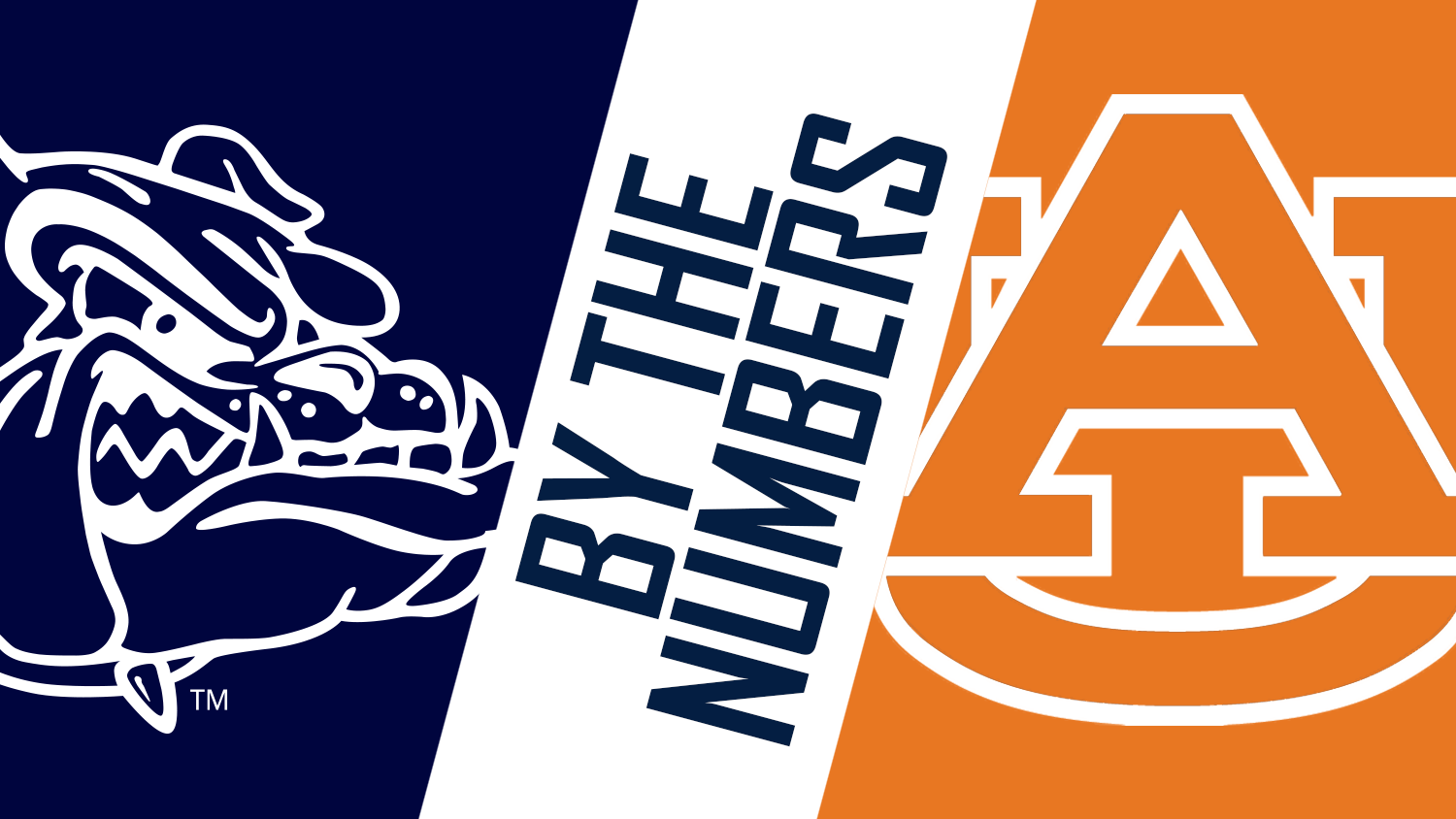 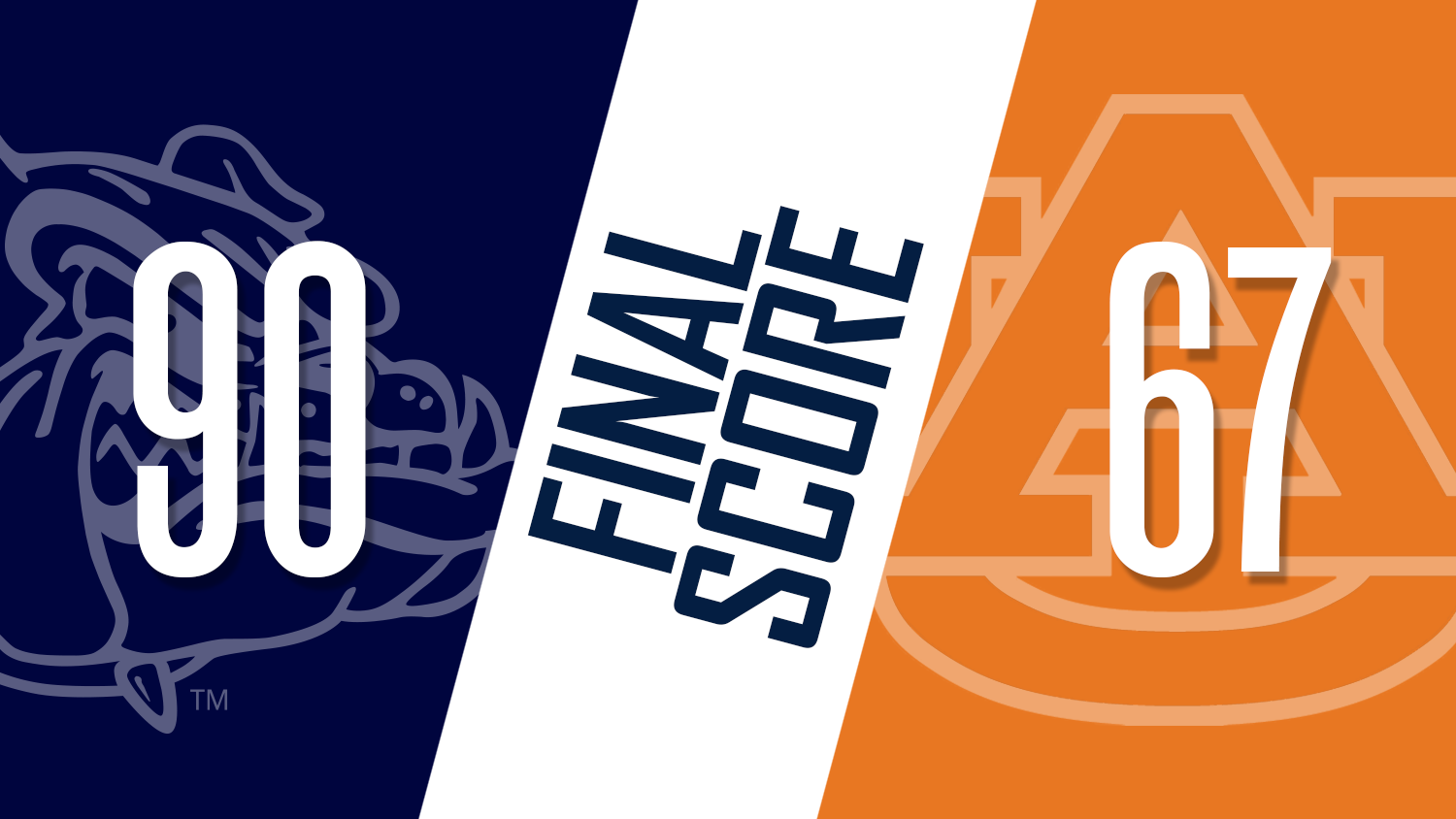 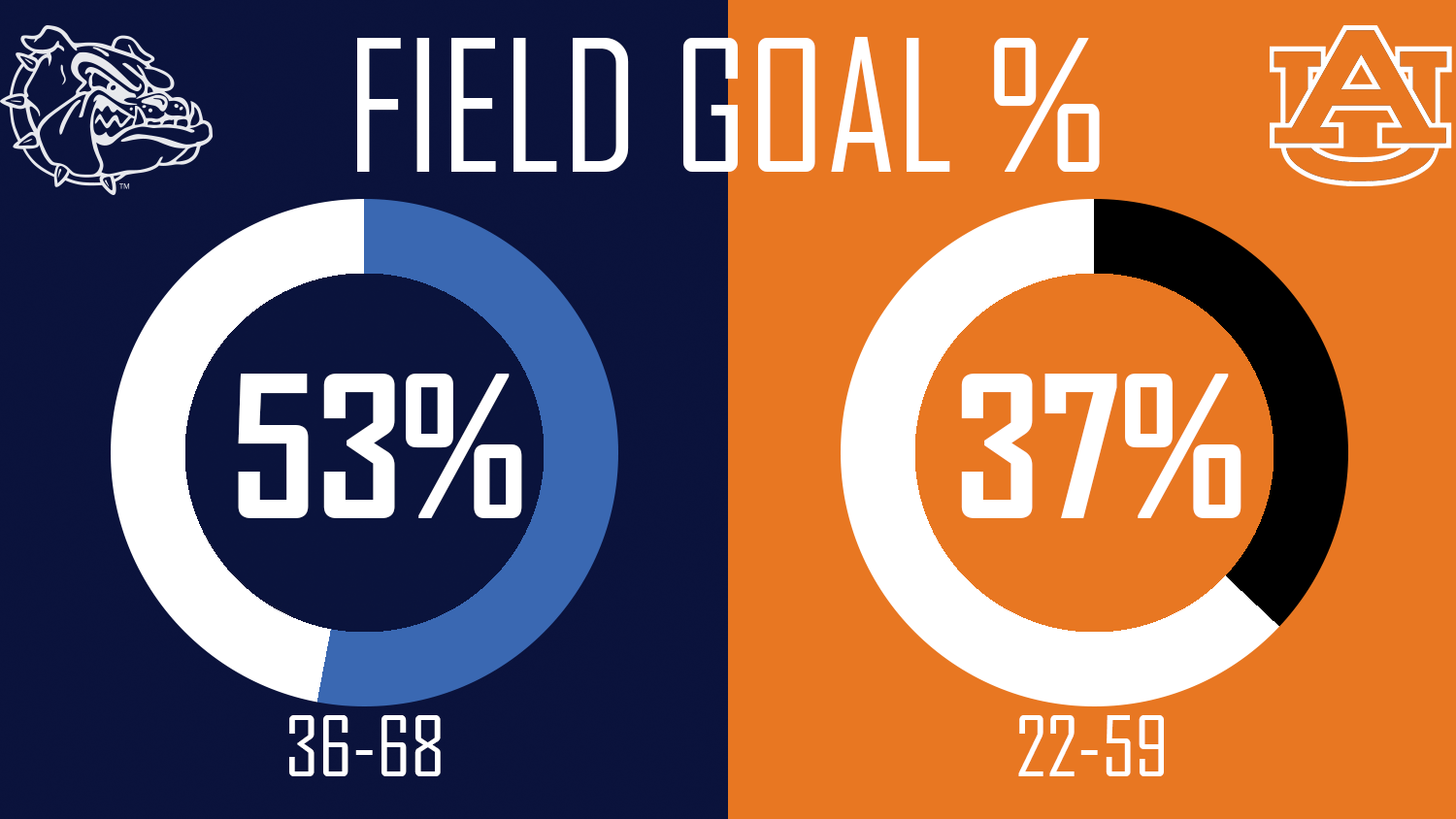 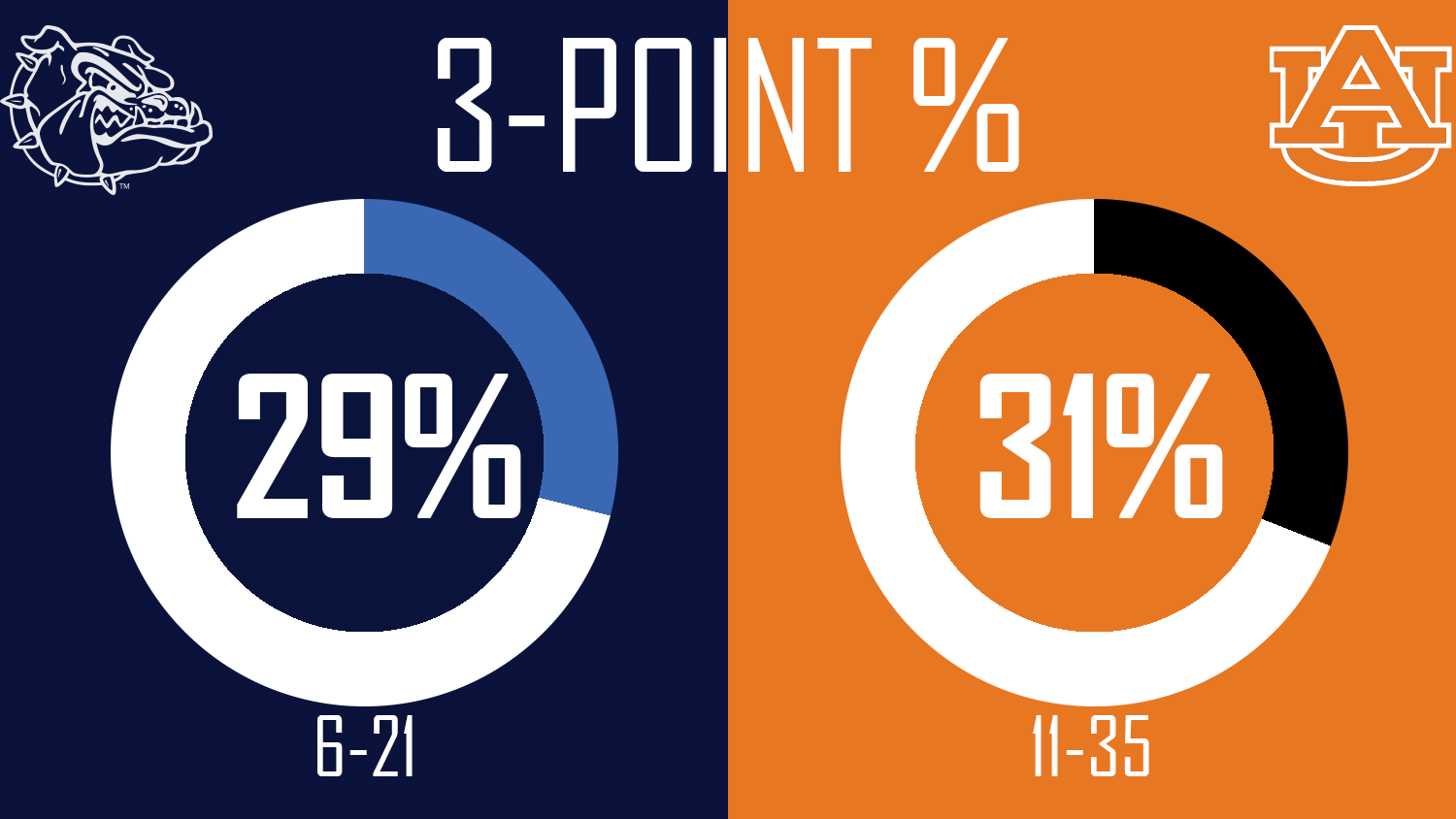 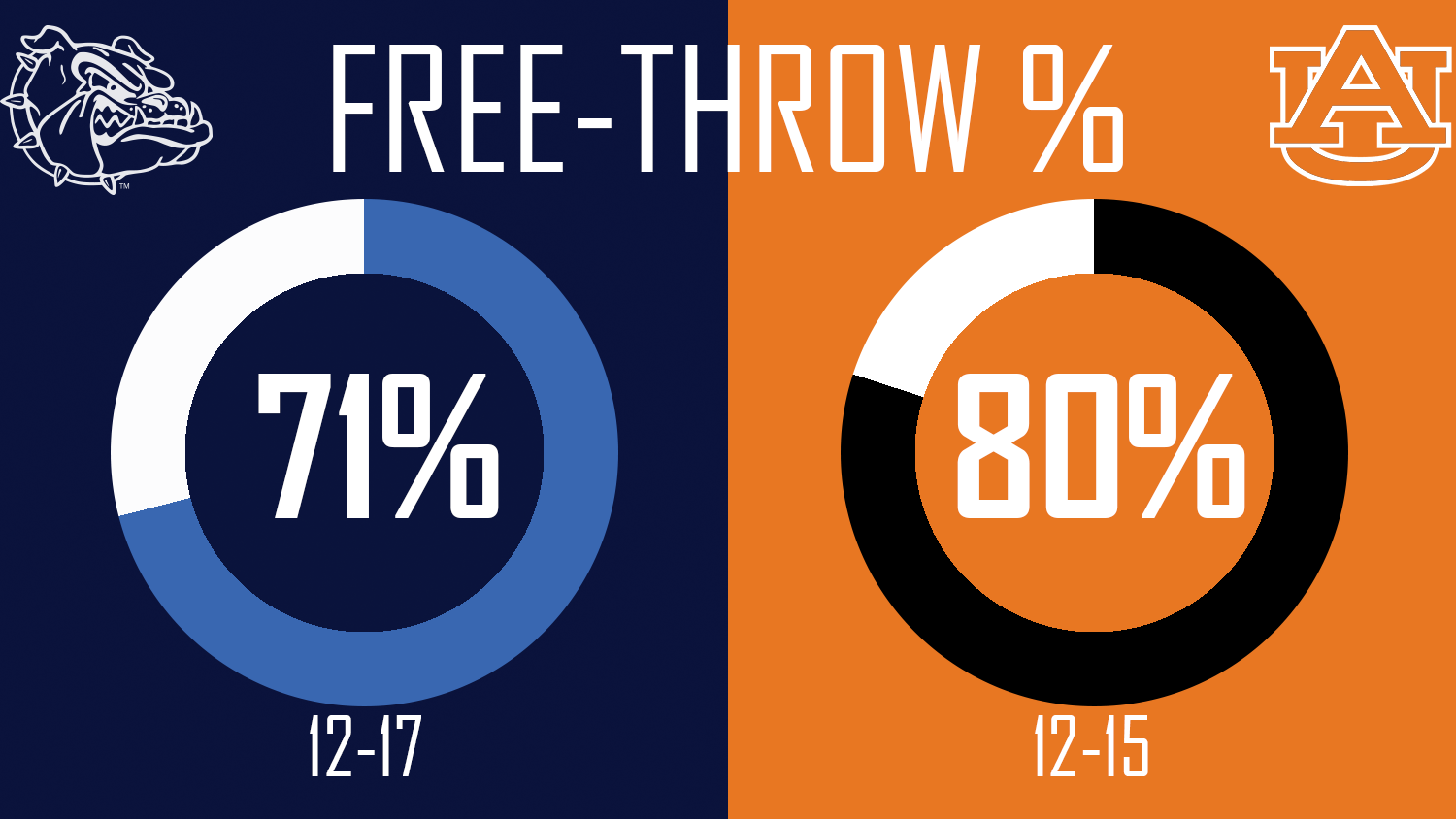 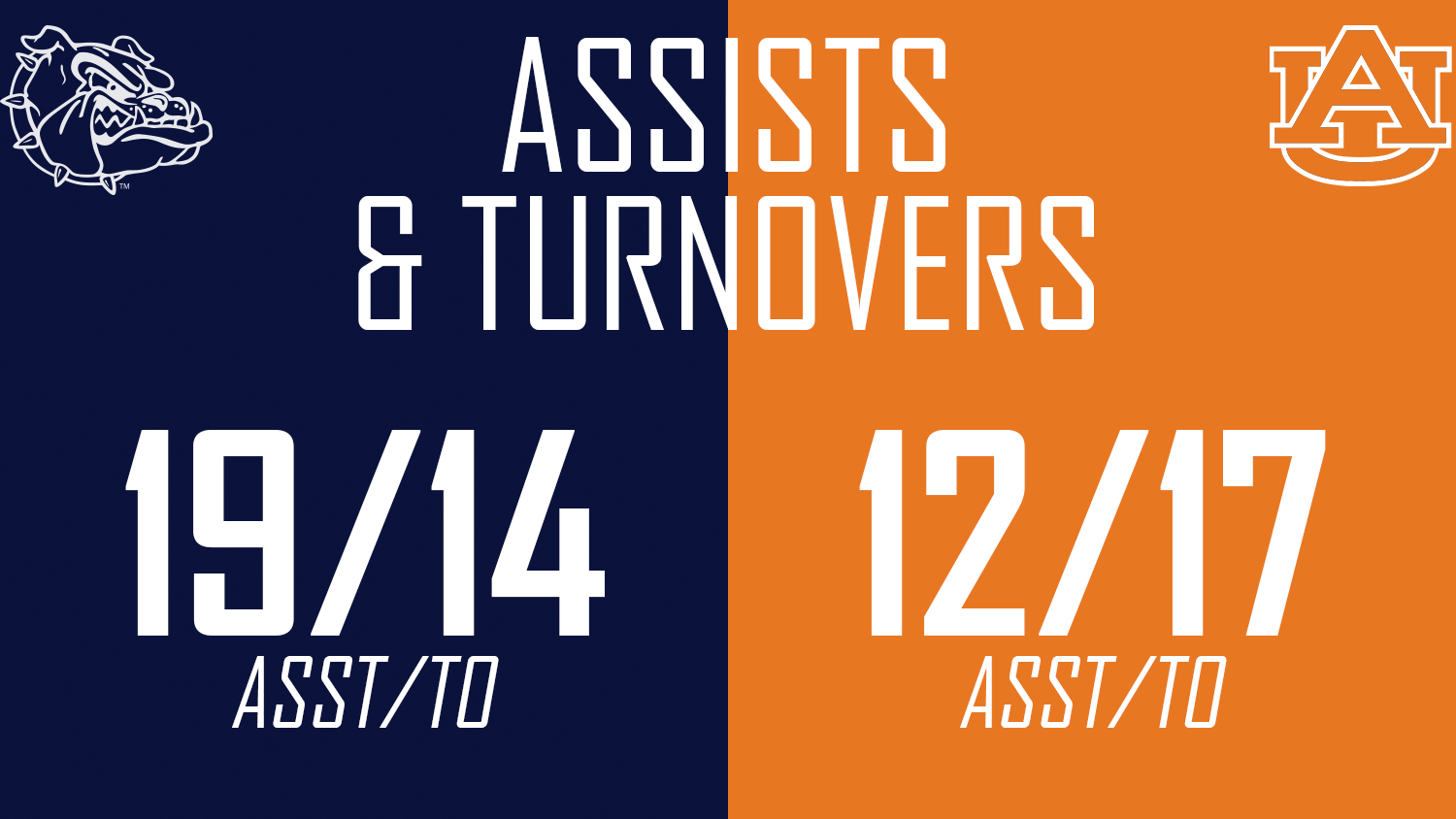 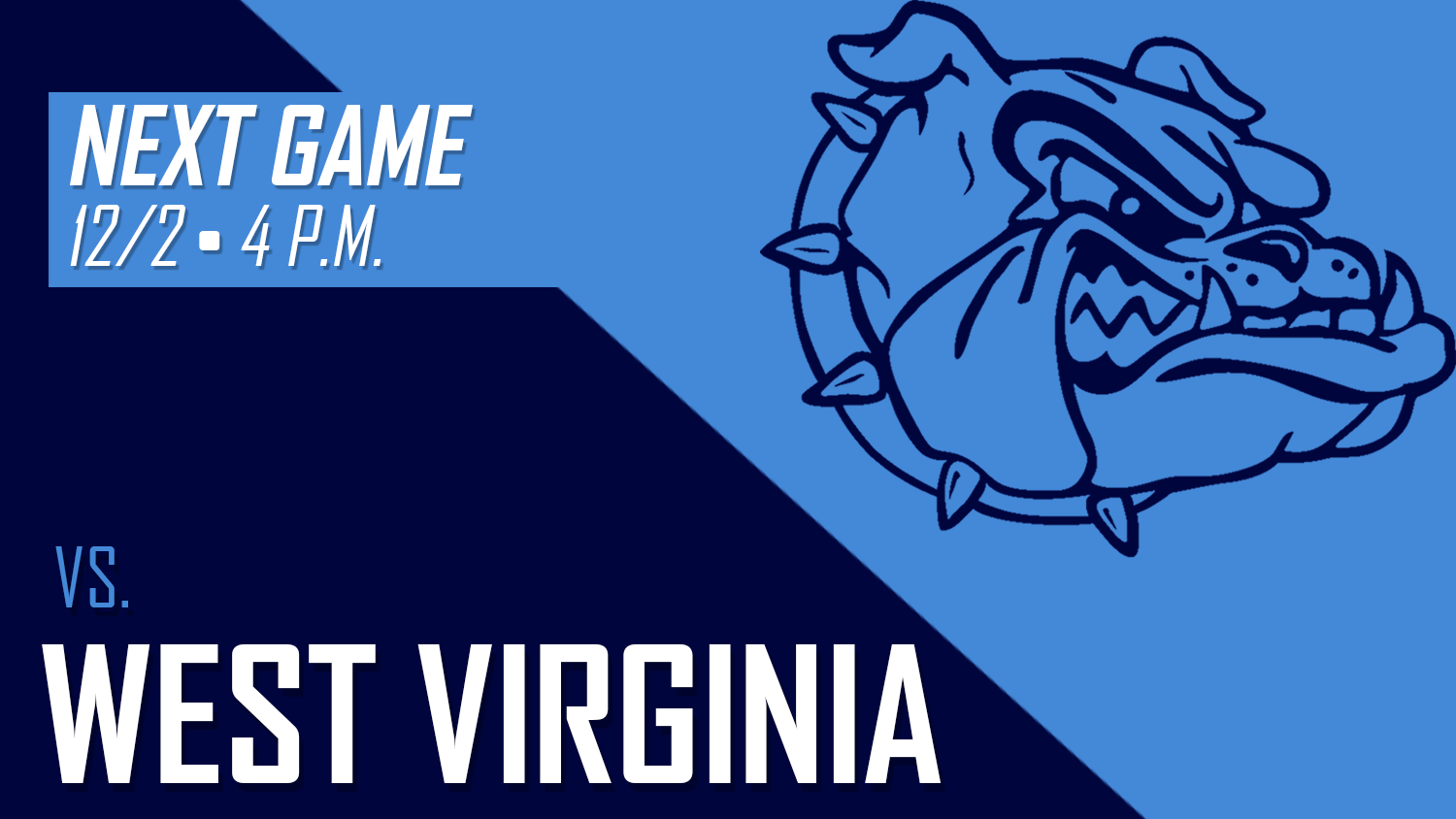 There was no letdown after a huge win over No. 6 Kansas on Thursday. | Read more »

John Blanchette: As the coronavirus tears through college basketball, Gonzaga must move day by day, test by test

The sport’s opening week has been part triumph, part train wreck. Prominent schools like Butler, Creighton and Utah, among others, have put their programs on pause. Prominent coaches like Jim Boeheim and Scott Drew have tested positive. And schedules are being ripped up and replaced by a roulette wheel. | Read more »

No one would blame top-ranked Gonzaga if it suffered a bit of a Thanksgiving hangover Friday morning against overmatched Auburn. No, not the food type, though that might have been in play considering the holiday. But the intoxicant in question was Thursday’s impressive win over No. 6 Kansas. And some troubling news that occurred before the game. | Read more »

Drew Timme sparked the run with a strong finish through a foul under the basket. Joel Ayayi followed with a 3-pointer and then Jalen Suggs stole a slack pass and raced down court for a dunk. A zone-busting 3 from Corey Kispert pushed the Zags’ lead to double digits.

Bulldog offense off to another strong start, capped off with a @corey_kispert 3 from way out pic.twitter.com/6QPGCQ9F8h

Gonzaga has made Auburn pay for its six turnovers, turning them into 10 points on the end.

For being a quarterback, Suggs sure is good at intercepting passes. Follows that up with impressive footwork to finish at the rim pic.twitter.com/7f5ojTommJ

Auburn has stayed in the game through its perimeter shooting. The Tigers first 12 points came on four 3-pointers. Their other two buckets were mid-ranger jumpers.

Drew Timme has 10 points and six rebounds. The forward is 4-of-5 shooting with a made 3-pointer.

Gonzaga has held Auburn scoreless for the last 2-1/2 minutes.

Auburn is led by Jamal Johnson, who has six points on 2-of-3 shooting from 3-point range.

One of Suggs best attributes I’ve seen early is willingness to throw ahead as a point guard. It makes guys want to run the floor. They get rewarded then flattens the floor to attack when you want because defense has to honor throw ahead. Solid balance of the two for young PG

2:32 – Gonzaga 45, Auburn 32: Drew Timme has 16 points and Gonzaga continues to keep Auburn at a double-digit distance.

Nice fading jumper from Timme here. If he continues to knock down these shots, he’ll continue to be a force down low. His growth so far this season has been impressive pic.twitter.com/hyZq6NgCfm

Drew Timme has gotta be one of the top bigs in the country. Great IQ, high energy, and very skilled🤙🏽

Gonzaga guard Jalen Suggs has two fouls in the first-half for the second straight game. This time coach Mark Few kept the freshman in the game and Suggs responded with a coast-to-coast finish, making a nice side-step to avoid a charge on the lay-up.

Gonzaga 49, Auburn 35: Drew Timme has 17 points, Corey Kispert has 14 and the Bulldogs controlled the first 20 minutes of the game.

Kispert got the Zags going early, with 11 points in the first eight minutes. Timme kept the offense rolling late in the half, making 6 of 10 shots and 4 of 4 from the free-throw line.

Freshman guard Jalen Suggs has eight points for Gonzaga, but his minutes were limited at the end of the half because he has two fouls.

The Tigers have stayed in the game thanks to the 3-pointer. Their first 12 points came on 3s and they are 6 of 14 from 3 in the half. Johnson and Cambridge have made two 3s each.

Gonzaga forced Auburn into 11 turnovers and turned the ball over six times themselves.

Timme has a game-high seven rebounds. Suggs has three assists.

Two Gonzaga players were in COVID-19 protocols following testing after Thursday’s win over Kansas and weren’t on the bench for Friday’s game against Auburn. | Read more »

The Tigers responded with a pair of Allen Flanigan 3-pointers. He has 13 points.

Drew Timme continues to lead the Zags. He has 20 points.

Drew Timme has 24 points and Corey Kispert has 23 for Gonzaga.

The Zags have made 6 of their last 8 field goal attempts, while Auburn hasn’t scored in 3:14.

7:53 – Gonzaga 80, Auburn 52: Drew Timme and Corey Kispert continue to lead the way for the Bulldogs.

Timme has 26 points and 10 rebounds. Kispert has 25 points with four 3-pointers.

With a nearly 30-point lead and under 8 minutes to play lets see if GU coach Mark Few finds some minutes for sophomore forwards Pavel Zakharov and Martynas Arlauskas.

Freshman center Oumar Ballo saw the court for Gonzaga in the last four minutes. He has four points and one rebound.

Gonzaga sophomores Pavel Zakharov and Martynas Arlauskas were set to check in after the timeout for their first action of the game.

Official from Dominick Harris’ dad: He is one of the players quarantining today. https://t.co/p9y8OhQ6D7

BREAKING: Two Gonzaga players tested positive for COVID-19 after Thursday’s game. They are isolating in hotel rooms. Friday’s games will go on as scheduled. GU-Auburn at 8 a.m.

After Mark Few’s 600th win on Thursday, the team huddled around him and threw ice on him. Some time before 8:45 PM last night the tweet and the corresponding video were deleted off of Gonzaga’s twitter account. pic.twitter.com/rFRwBZpNp3

Gonzaga doesn’t get much time to bask in a performance that had the college basketball world buzzing Thursday. The top-ranked Zags, who thumped No. 6 Kansas 102-90 on Thanksgiving, return to action Friday with a breakfast special against Auburn at 8 p.m. PT at the Fort Myers (Florida) Tip-Off. | Read more »