A GRIP ON SPORTS • In a year when everything is different, from presidential politics to youth sports, why not try a little out-of-the-box thinking? Nope. Not in college football.

• When the Pac-12 decided to scrap its plans for a spring football season and jam in a seven-game schedule starting in November instead, Oregon president Michael Schill assured everyone money wasn’t part of the discussion.

Not that many people believed him. With athletic departments hemorrhaging money up and down the West Coast, stemming the free-flowing red ink had to figure in somewhere, even if it was on the periphery. Hence, skepticism.

Then there was the news that broke yesterday. Pac-12 Conference commissioner Larry Scott asked the leaders of college football’s four-team playoff to make a change for this season: add four more teams.

In other words, in the year of the coronavirus, let’s play with eight. 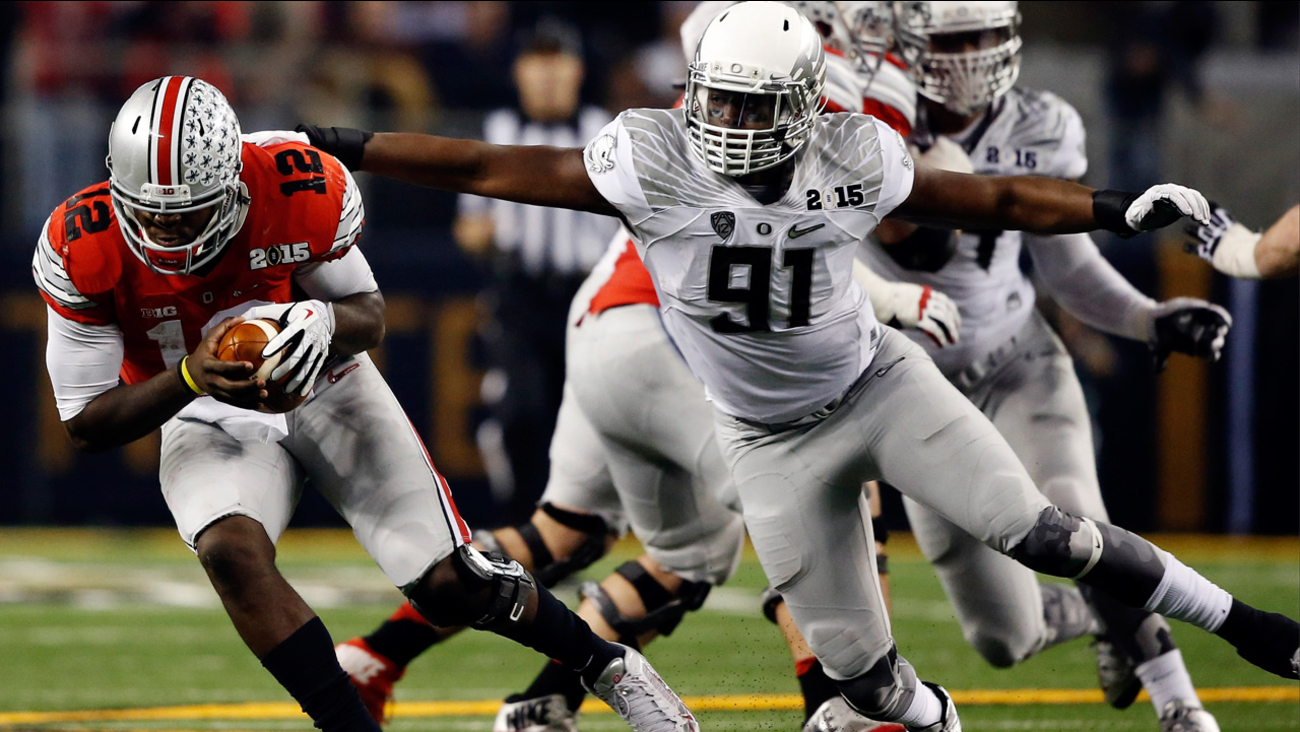 Look, expanding the playoffs to eight teams is the right thing to do – last year, or the year before that or whenever. There is a chance someone with a legitimate shot at winning a national title is aced out with just a four-team pool. But eight would cut that possibility exponentially.

However, asking to expand the playoffs this year is a blatant attempt by the Pac-12 to get a share of a limited pool of cash. And, with the restrictions in place concerning attendance as well as a short period of time to negotiate media rights (in a period of budgetary issues faced by ESPN and its brethren as well), that pool of money isn’t going to expand as large as it would normally.

Though any little bit helps, right? Especially for the Pac-12, which hasn’t shared in the big playoff bucks in years. With a seven-game schedule on the horizon, the best team in the conference – Oregon – losing its defensive backfield and replacing a NFL starting quarterback, the chances of the league’s champion making it this year aren’t good. So why not pack the court, so to speak?

It makes sense. And the expansion should happen in the future. The near-future. But it is not a surprise the recent proposal was dismissed out of hand. Just because the SEC is swimming in money doesn’t mean its members aren’t hurting to some degree this year too. And they want to keep whatever money they can grab. Same for the Big Ten, the ACC and the Big 12. None of them see the Pac-12 as a player in the playoff race, so why cut this year’s skinny pie even thinner?

From this vantage point, it seems there was one reason Scott made the proposal. When announcing the conference was returning to play in November, Scott was raked over the coals. Why? Because, in a response to a question from The Athletics’ Andy Staples, Scott said there were no plans to seek a playoff expansion. That led to a follow-up. Why wasn’t he, as the leader of the conference on the outs, pushing it? He didn’t have a good answer, mainly because there wasn’t one.

Now he can say he tried. And the bullies turned him down.

Sorry, but that doesn’t wash. If Scott is playing the long game, good for him. The playoffs need to be expanded. But, with his tenure tenuous at best, that doesn’t seem to be the play. It seems more like a PR stunt. A way to gain the high ground, which, come to think of it, the Pac-12 hasn’t occupied in football for a long, long time.

• We asked the question yesterday. And then saw it appear all over social media following the Minnesota Twins’ record 18th consecutive postseason defeat.

My answer hasn’t changed. With the M’s, your disappointment occurs earlier, long before the postseason begins. Twins fans, year after year, hope their team has pushed the rock to the crest of the hill. They hope this is the year they break the streak and win a World Series. Instead, they discover their team has, like Sisyphus, just been rolled over again.

The worst part about it this season? Not that Minnesota was swept at home, mainly because there were no fans in the stadium to share in the disappointment. Nope, the worst part is the Twins lost to the Astros, currently No. 1 on the baseball world’s most-hated list. Talk about adding hand sanitizer to a wound. It had to hurt.

WSU: Mark Rypien used to throw the ball all over the field at Albi Stadium. He once ran the veer at Washington State. And he once led the Washington football team to a Super Bowl title, winning game MVP honors for it. So he knows a little bit about what his nephew, Brett Rypien, is going through. Theo Lawson talked with Mark yesterday and the Cougar Hall of Famer shared his thoughts. … There is one category WSU occupies the top spot in college football. It’s a list of hardest places to recruit to. … Around the Pac-12 and college sports, this column in the Seattle Times is about Washington specifically, but the overarching theme applies to all of the conference schools. By the way, the Pac-12 added another testing partner yesterday. … What ever happened to the #WeAreUnited movement? … The Huskies have talent. That can’t be denied. Will it result in a conference title? … David Shaw will keep it simple at Stanford. After all, his players are probably slow learners, right? (It’s a joke people.) … Oregon has depth at receiver. … USC was a hurdle for Oregon State to overcome in 2000. … Arizona is getting one player back who was set to transfer and another who was going to sit out the season. … In basketball news, Oregon is scrambling to fill its schedule. … Part of the scramble is determined by the number of conference games to be played. … Colorado has pulled out of a tournament.

Gonzaga: Larry Weir reached out to Dan Dickau for the latest Press Box podcast. Not only did they talk about the Zags, they also spoke about Dickau’s recent podcast with Mark Few. Did you know Few calls him Danny? Me neither.

EWU: A former Eastern punter has died. Nick Reynolds, who also attended Cheney High, was just 40. Ryan Collingwood has more in this story. 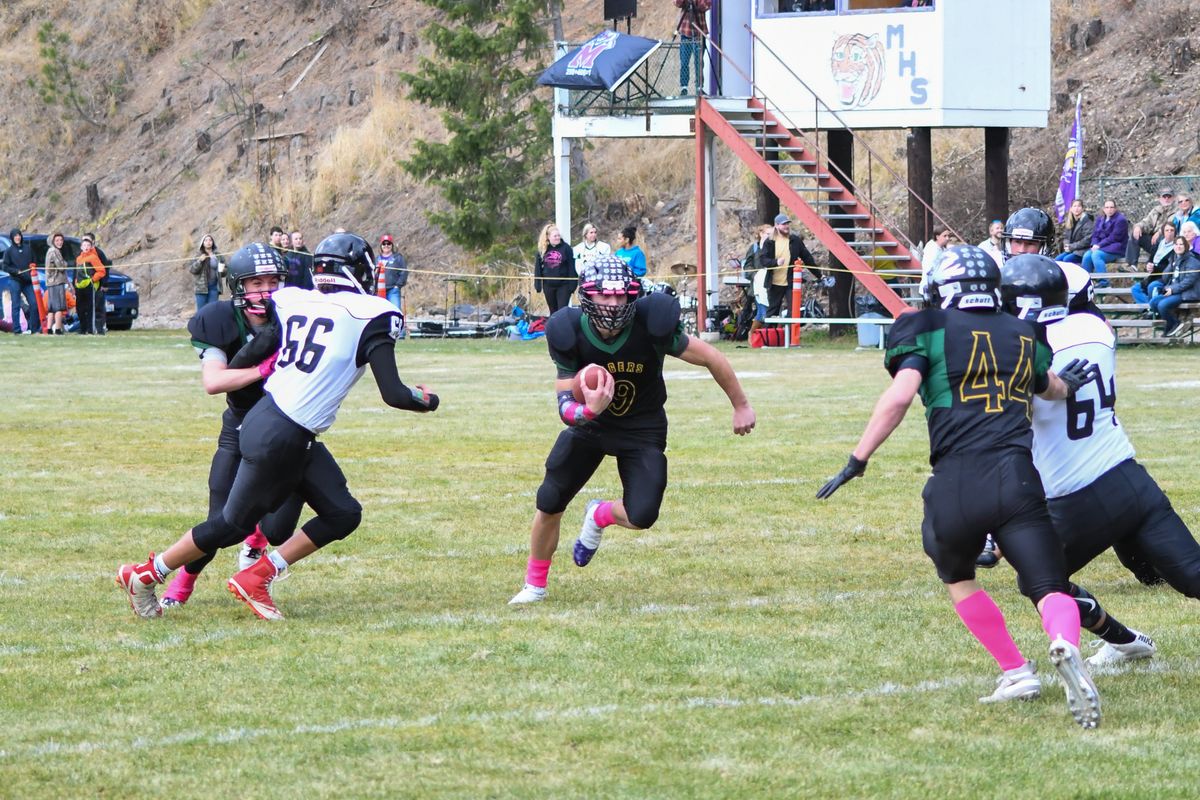 Preps: Building a football roster at smaller schools, even an 8-man football roster, can be a challenge. Sometimes it takes across-the-border thinking. Such is the case at Mullan, where the Idaho school has teamed with St. Regis, a Montana school, for the past three years. Ryan delves into how the cooperative works despite the issues, which include Lookout Pass between the two.

Shock: Ryan has one more story in today’s paper. It’s about Spokane’s newest addition at running back. That would be Davonte Sapp-Lynch, whose older brother had a pretty darn productive career in Seattle.

Seahawks: What type of challenge do the Miami Dolphins present for the 3-0 Hawks? … The defensive backfield is already stressed and the injuries aren’t helping. … Chris Carson might be able to play. … Shaquem Griffin used his brother as a resources to get over the shock of being cut. … The coronavirus has invaded the NFL, with the league postponing the hard-hit Tennessee Titans’ game with Pittsburgh. That has Pete Carroll’s attention. … Russell Wilson was the NFC Offensive Player of the Week again.

Mariners: Will the M’s spend money when it comes time to win? They know they have to improve the bullpen.

Storm: The WNBA finals series with Las Vegas begins Friday. … An interim coach has led the Storm this far.

• It was too much yesterday. Too much in the way of sports on TV. I know, it sounds like whining, especially after months and months of complaining about nothing being on. But baseball was on all day, with games overlapping. Then the NBA Finals butted in, though after the Lakers went up 30 it was OK to get back to the baseball. With the Dodgers playing the final game, I didn’t get to bed until after 10. That’s too late for me. At least I hit the sack with a smile on my face. Until later …