Beer goes back a long, long way – after humans learned how to plant, grow and harvest grains, it didn’t take them long to stumble on the fermentation process that would create beer and other alcoholic delights.

Here’s a look at the history of and the numbers behind the suds:

The origin of beer

The first known alcoholic beverage was made in China 9,000 years ago, from rice, honey and fruit.

The first evidence of beer production from barley was 5,000 years ago by the Sumerians of Mesopotamia. Archeologists have dug up ceramic vessels 3,400 years old still sticky with beer residue. The poem “Hymn to Ninkasi” from 1,800 B.C. was an ode to the Sumerian goddess of beer and describes a recipe made by female priestesses.

“Ninkasi, you are the one who pours out the filtered beer of the collector vat,” the poem says. “It’s like the onrush of the Tigris and Euphrates [rivers].”

Beer in those days was a thick, porridge-like drink, rich in nutrients and was a cornerstone to the Sumerian diet. Drinking beer was safer than drinking water from nearby rivers and canals – especially since those water sources were contaminated by droppings from their farm animals.

The ancient Egyptians of 5,000 years ago, in particular, loved their beer. Everyone of all ages, from Pharaohs to the poor, made beer part of their daily diet. During the building of the Great Pyramids of Giza, each worker was given a daily ration of about a gallon of beer.

Beer eventually migrated to Europe. In the eighth century, Charlemagne – the ruler of the Holy Roman Empire – was said to have trained beer brewers personally.

It wasn’t until the Middle Ages that brewers began adding hops for seasoning and beer became something closer to what we know and love today.

Today, most beer is brewed from malted barley, although wheat, corn and rice can also be used. In addition to hops, a variety of flavors can be used made from herbs or fruits.

The average U.S. consumer age 21 or older drinks 25.9 gallons of beer or cider per year.

The 20 top-selling brands of beer

Ranked by number of barrels shipped in 2019

Where your beer comes from 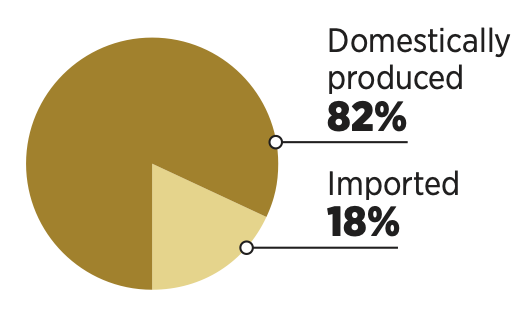 How consumers buy their beer 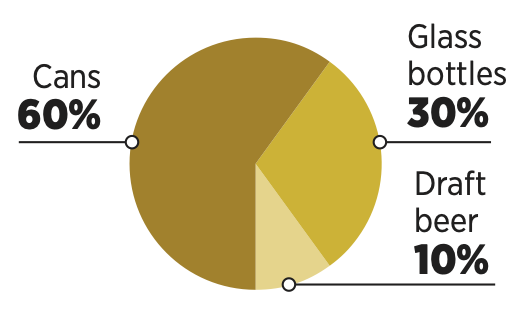 Who makes the beer you buy

Where breweries are located 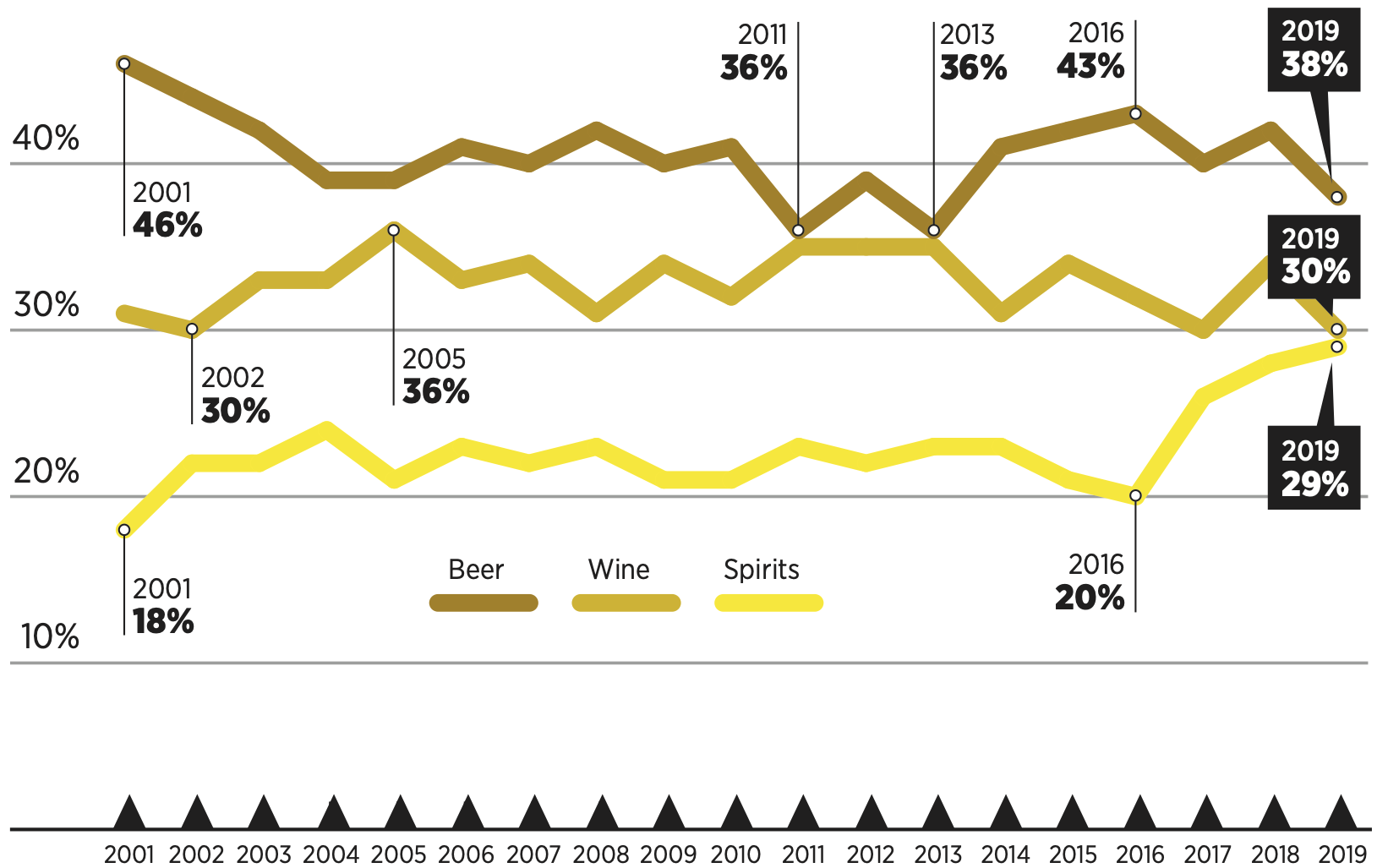