By Chad Sokol The Spokesman-Review

At least one home burned Monday afternoon in a fire that also forced the evacuations of numerous West Plains residents.

A ranch-style home along with at least one out building burned northwest of U.S. Highway 2 and Christensen Road. 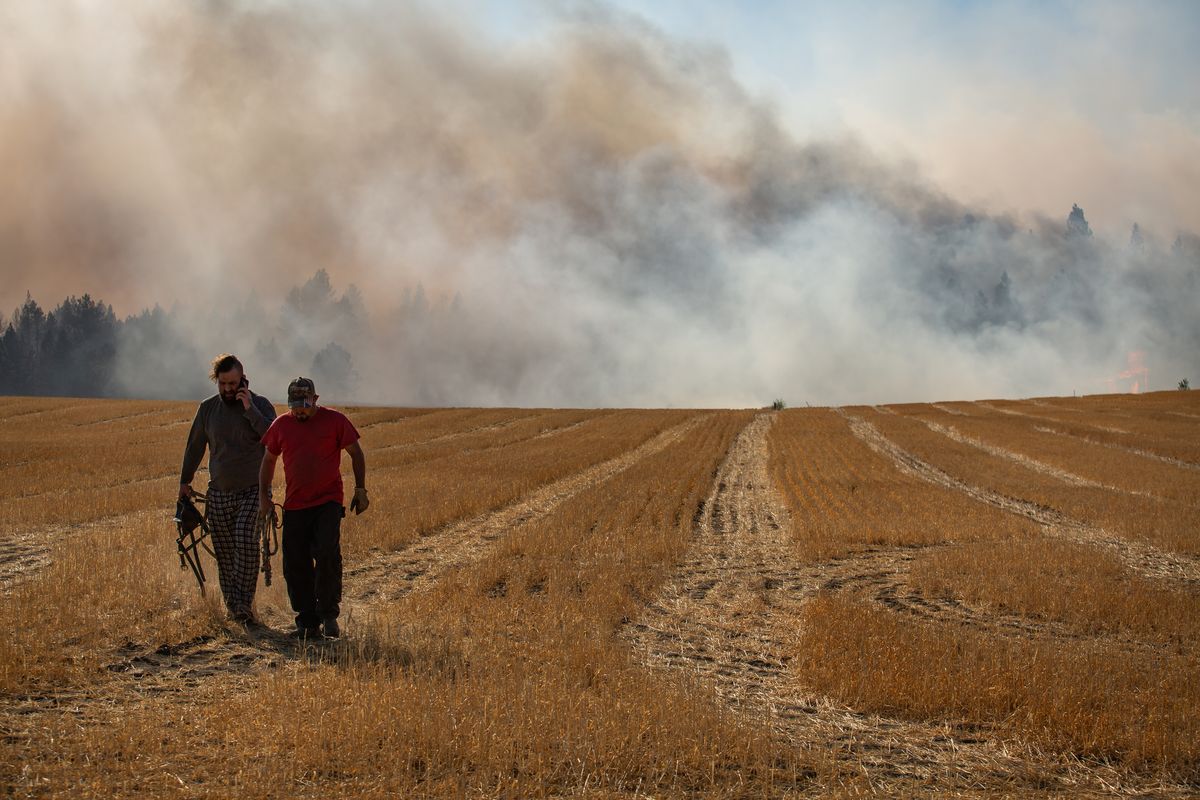 Jeff Peters, (left) and a man who declined to supply his last name but identified himself as “Jason,” walk back from attempting to free a trapped goat at the Christensen Road brush fire off of Highway 2 on Monday, Sept. 7, 2020. Peters said it was his brother’s house and barn that burned down, which resulted in the deaths of five dogs and numerous other small pets, plus one goat, although they were able to free all of the horses in time. A Red Flag Warning was issued earlier in the day, and high winds coupled with the “Very High” designation for fire risk meant the region suffered many large fires. (Libby Kamrowski/The Spokesman-Review)