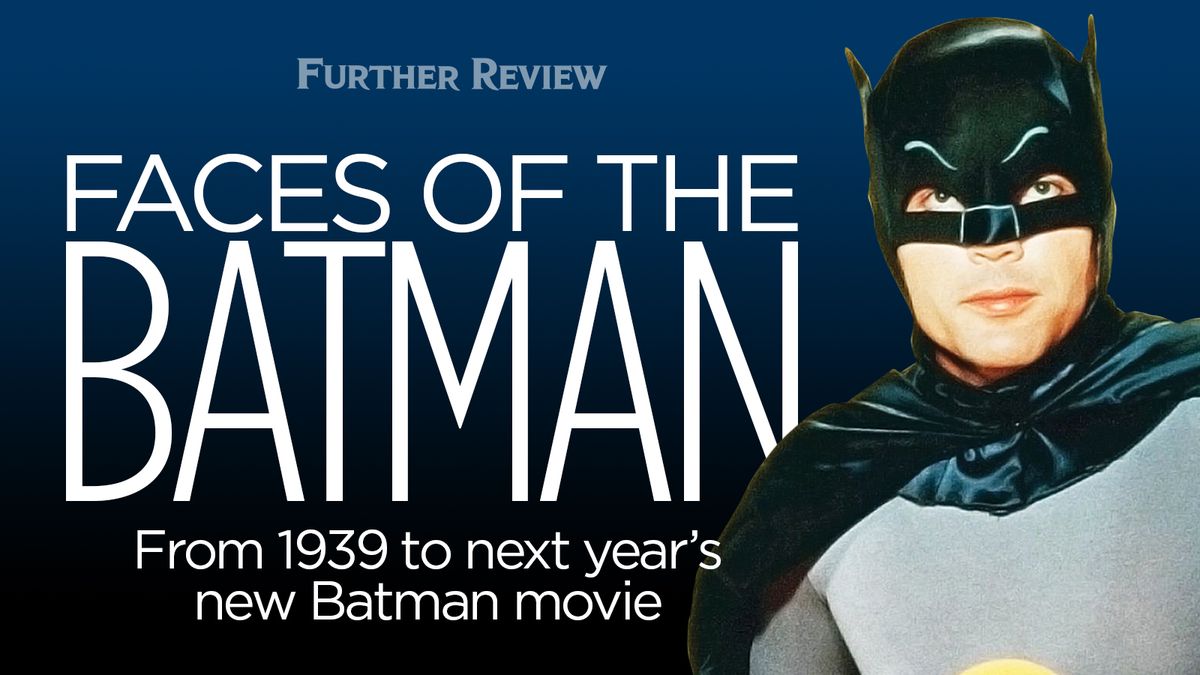 The Batman has lived through – some might say suffered through – a number of incarnations since his creation by Bob Kane and Bill Finger in 1939. Here’s a look at some of the most iconic:

ORIGIN OF THE BAT

Batman was created by Bob Kane, but the man who most comics experts credit as his guiding force in the early years was contract writer Bill Finger, who created Batman’s dark look and personality, patterning him on the Shadow, a popular pulp hero.

The Batman of that era was brutal, vicious and athletic. He thought nothing of threatening bad guys with guns and worked in open defiance of the police.

When Finger asked for health benefits, DC Comics fired him. Finger died in 1974.

Batman followed other heroes such as Flash Gordon and Tarzan to Hollywood with a set of 15-chapter matinee serials.

A wartime story turned Batman into a government agent. In 1949, a second story had Batman and his teen sidekick, Robin, face off against a mysterious hooded villain wielding a device that allows him to control electronic devices.

Both affairs were decidedly low-budget: The famous Batmobile from the comics was replaced by a black Cadillac sedan and then by a Mercury.

Meanwhile, back at Wayne Manor ...

The Batman comic books continued to develop into a kid-pleasing publishing empire. The violence and darkness were toned down. Robin’s colorful presence lightened things, as well.

Comics were awfully silly in this era, and Batman fit in. Batman found himself traveling in space, going back and forth in time and taking on an increasingly colorful rogue’s list of bad guys. He joined the Justice League and fought alongside Superman and Wonder Woman.

Just when the franchise needed a shot in the arm, it got it from a smartly written TV series aimed at kids but that adults could enjoy, too, for being so over the top.

A key gimmick was the show’s cliffhanger: Part one would air on Wednesday nights. The story would conclude on Thursdays.

A movie based on the TV show was rushed into theaters in 1966. But the wave of popularity burned out fast: “Batman” was canceled after three seasons, but not before gaining a new generation of Bat-fans. 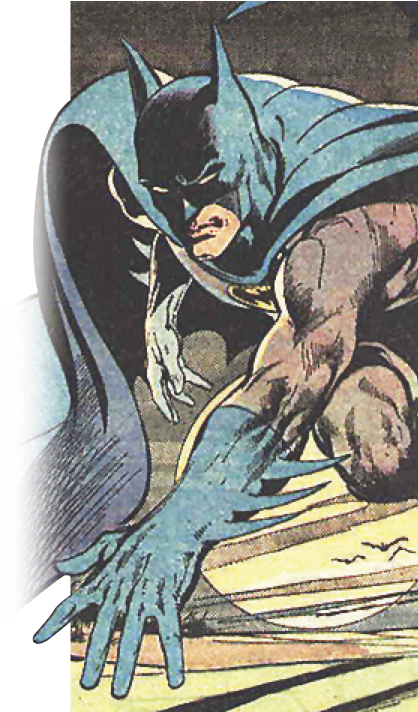 Thanks to the success of Stan Lee’s work at Marvel Comics, comic book buyers of the 1960s demanded a little more realism and social meaning than did readers a decade or two earlier.

Enter new Batman comic book writers like Denny O’Neil and artists like Neal Adams, who revived Batman as a darker, brooding loner who would solve a crime with his brain first and use his fists – or his fancy belt-borne gimmicks – as a last resort. Even Robin was cast aside: He moved out to college and became leader of the Teen Titans.

The world of Batman was turned on its ear in the 1980s when writer/artist Frank Miller created an alternate future version of the Dark Knight: A man who had grown soft in his old age but rises to the challenge when old foes re-emerge.

This Batman was tough, gritty and profane. He fought dirty, he used a tank as his Batmobile and – in a stunning moment – he even kicked Superman’s butt.

Batman was no longer just a hero for children. Like his audience, he had finally grown up.

Comics geekdom held its collective breath in 1989: Could master director Tim Burton create a realistic, believable live-action Batman? Could the role be pulled off by comic actor Michael Keaton?

Yes and yes. Burton’s work catapulted the new, dark, gritty all-black-wearing Batman back into mainstream culture and made room for three sequels, each a little less successful than the one before as they became lighter in tone. The 1997 movie starring George Clooney as Batman was an embarrassment.

Batman had been depicted in TV cartoons, mostly in his 1950s and ’60s persona. After a darker Batman had been a success in the movies, Warner Bros. gave Batman an animated makeover with darker hues, grittier stories and – gasp! – fisticuffs and even guns.

The results? Four Emmy Awards, a movie – “Batman: Mask of the Phantasm” – and an animated DC Comics franchise featuring Superman and the entire Justice League given the lucrative new, gritty treatment.

A badly needed reboot of the Batman movie series focused on the man beneath the mask – billionaire Bruce Wayne – and what drives one to dress up like a giant bat and chase bad guys.

No longer did Batman inhabit a computer-generated nightmare city. These movies were filmed primarily in Chicago and Pittsburgh. And he fit right in there, seeming more real – but more violent – than any version of Batman to date.

Even the new Batmobile – an unsold military prototype – seemed believable.

Once again, comics fans got their tights in a bunch when reports surfaced that Ben Affleck would become the new Batman alongside the new Superman, Henry Cavill, and Gal Gadot as Wonder Woman.

Affleck had been a superhero before: He played Marvel hero Daredevil in 2003 and also played the man who played Superman on TV – George Reeves – in “Hollywoodland” in 2006.

Affleck did pretty well in his three movie appearances. He was slated to write, direct and star in a new Batman movie but stepped down in 2017.

FUTURE OF THE BAT

Another Batman movie reboot brought about another casting controversy: This time Batman will be played by 34-year-old Robert Pattison, best known as the vampire Edward in the “Twilight” movie saga.

But then production was halted for the pandemic. A trailer was released on Aug. 22 that was widely praised for its fresh take on Batman. Production resumed on Sept. 1. But then, two days later, Pattinson himself tested positive for COVID-19.

Variety reports that production is working around Pattinson’s absence while he’s in quarantine.