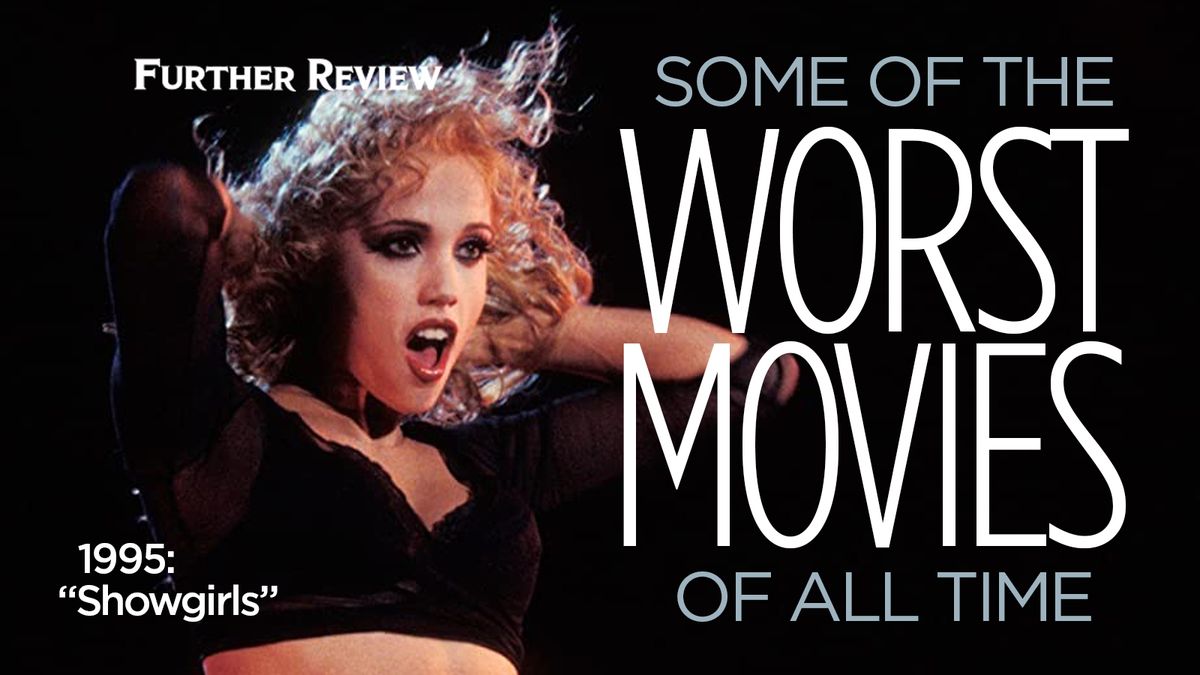 On this date 25 years ago, the feature film “Showgirls” was inflicted upon the American moviegoing audience. It was a truly wretched film containing a wretched plot and wretched performances all around. But was it the all-time worst film ever made? Perhaps. Perhaps not ...

This attempt at a biopic goes off the rails with an overly sappy script, oversentimental acting and direction, and a star who clearly doesn’t know his way around a baseball bat.

Aliens plot to raise the dead on Earth. Perhaps they might have tried to raise Wood’s infamously poor production values instead.

Martians kidnap Santa so someone can bring toys to their kids at Christmas. The low budget and poor acting make this comedy funnier than it ought to be.

This was a 1963 film that was rereleased in 1968 with additional footage ... shot by UCLA film students. Which tells you a little about the production values here.

This gender-bending story of sex change and Hollywood intrigue was based on a witty book by Gore Vidal. The movie took out Vidal’s social commentary and wit and kept the sex.

There is, perhaps, a time and a place for hard-core pornography. This dramatization of the perverted excesses of a perverse Roman Caesar was not that time.

Yet another remake of the Tarzan legend seemed to have one main purpose: To remove all Bo Derek’s clothes, in the wake of her sudden fame after her appearance in the 1979 comedy “10.”

Tony Manero from “Saturday Night Fever” moves his dancing skills from the disco to Broadway. Travolta struts and preens through the entire film. Perhaps audiences should have strutted instead.

A talking duck from a duck planet is transported to Earth. George Lucas helped bring this picture to life, proving that just because you create “Star Wars” doesn’t mean you win every time.

Terrible lounge singers go on a tour of Morocco, where they find themselves in the middle of a CIA operation. The singers are indeed terrible. But not quite as terrible as the film.

Sheriff Brody’s wife realizes a great white shark is out to kill her and her whole family. This was the fourth in the Jaws movie series, which really should have ended after the first one.

SUPERMAN IV: THE QUEST FOR PEACE
1987

Lex Luthor creates a “nuclear man” who tries to destroy Superman. He fails, of course, but this movie was so bad it destroyed the Superman movie franchise.

Aliens have enslaved mankind but humans organize a rebellion. You know who should have organized a rebellion? The actors who somehow got talked into appearing in this debacle.

THE ADVENTURES OF PLUTO NASH
2002

A man who owns a nightclub on the moon struggles to keep it out of the hands of the mafia. This film reportedly lost $92.9 million worldwide.

The mob sends a woman to keep an eye on a newbie mobster out on his first assignment. Became the first film to win five Golden Raspberry Awards: Worst Picture, Worst Actor, Worst Actress, Worst Director and Worst Screenplay.

A meek woman mysteriously receives the reflexes and speed of a cat. While Berry is a talented actor, she sure didn’t show it in this film. Roger Ebert would complain the film was more about Berry’s costume.

This remake of the famed 1981 stage musical was derailed by allowing visuals to overshadow the singing and the storyline. The overuse of computer-generated effects caused audiences to burst into laughter.