Presidential debates offer candidates a chance to match wits in real time in front of a live TV audience. Unfortunately, it’s the wit – rather than command of the facts or their stances on the issues of the day – most viewers remember. 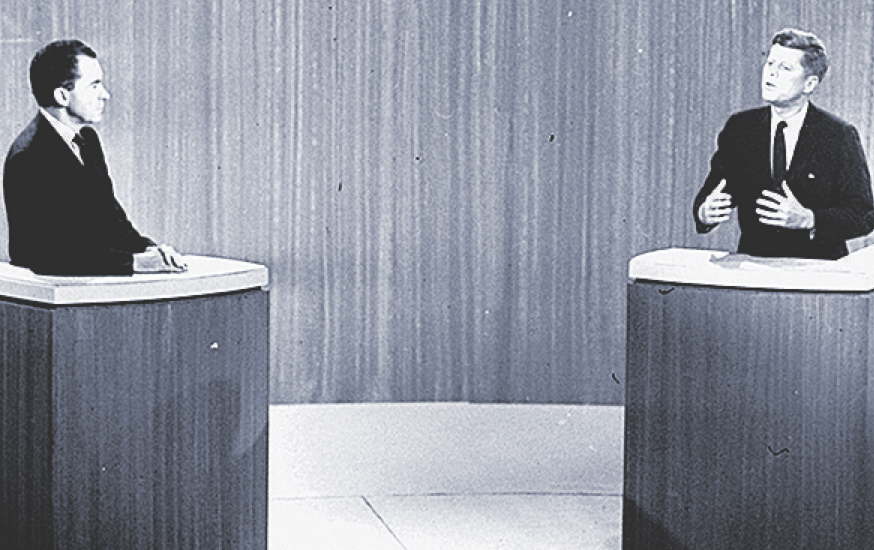 That first debate, shown above, is also be the most famous: Richard Nixon refused to wear makeup. His loss: John F. Kennedy came off as healthier and more authoritative. Interestingly, radio listeners reported they felt the opposite. The candidates matched up more evenly in subsequent bouts. 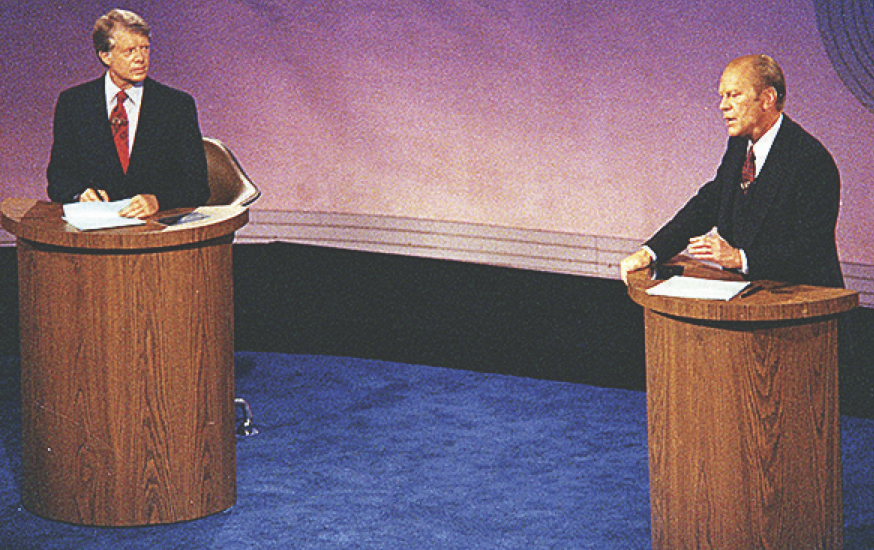 A technical glitch forced both candidates to stand uncomfortably in front of TV cameras for 27 minutes. In their second debate, challenger Jimmy Carter pounced on President Gerald Ford when he mistakenly declared there was “no Soviet domination of Eastern Europe.” 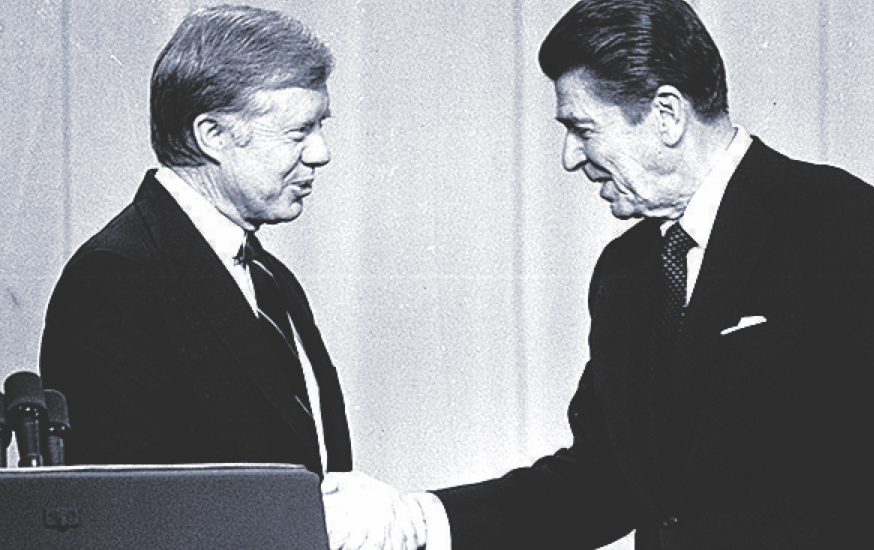 President Jimmy Carter refused to include independent John Anderson in the debates. As a result, Ronald Reagan debated Anderson once and Carter once. Reagan destroyed Carter with “There you go again” and “Are you better off than you were four years ago?”

“I will not make age an issue of this campaign,” President Ronald Reagan said. “I am not going to exploit, for political purposes, my opponent’s youth and inexperience.” Even challenger Walter Mondale had to laugh. Reagan’s re-election was sealed with one quip. 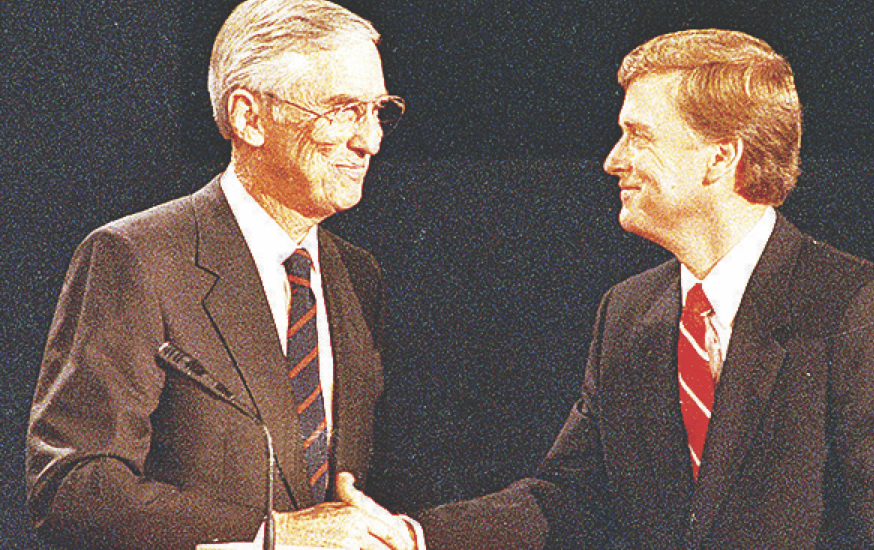 When vice presidential candidate Dan Quayle compared himself to John F. Kennedy, his opponent, Lloyd Bentsen, erupted: “I served with Jack Kennedy. I knew Jack Kennedy. Jack Kennedy was a friend of mine. Senator, you’re no Jack Kennedy.” 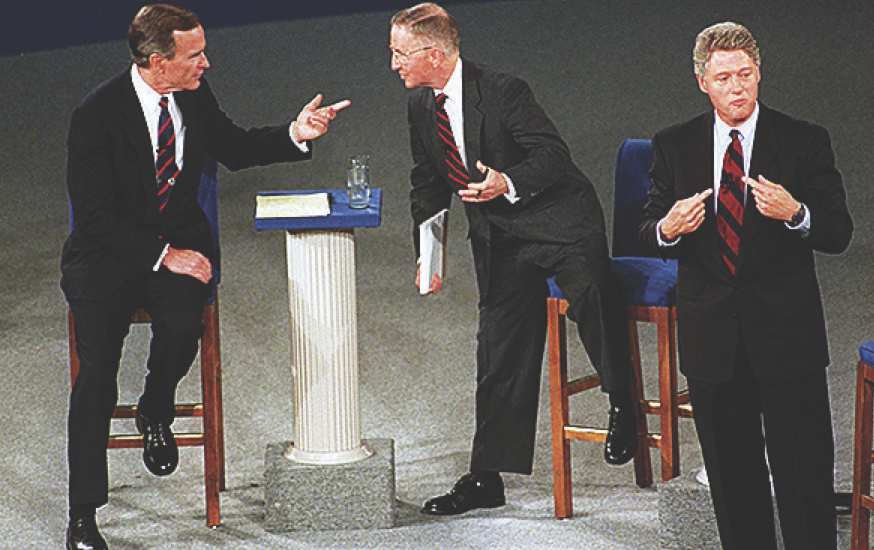 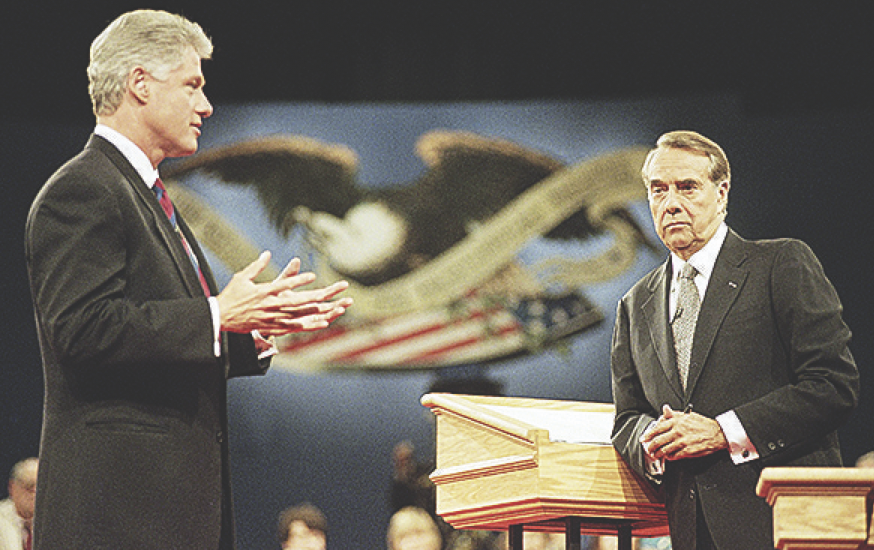 Sen. Bob Dole attacked Bill Clinton for being “soft” on drug abuse and brought up Clinton’s admission he had smoked marijuana in his younger days. Clinton replied: “I know what it’s like to see somebody you love nearly lose their life” to drugs, referring to his own brother. 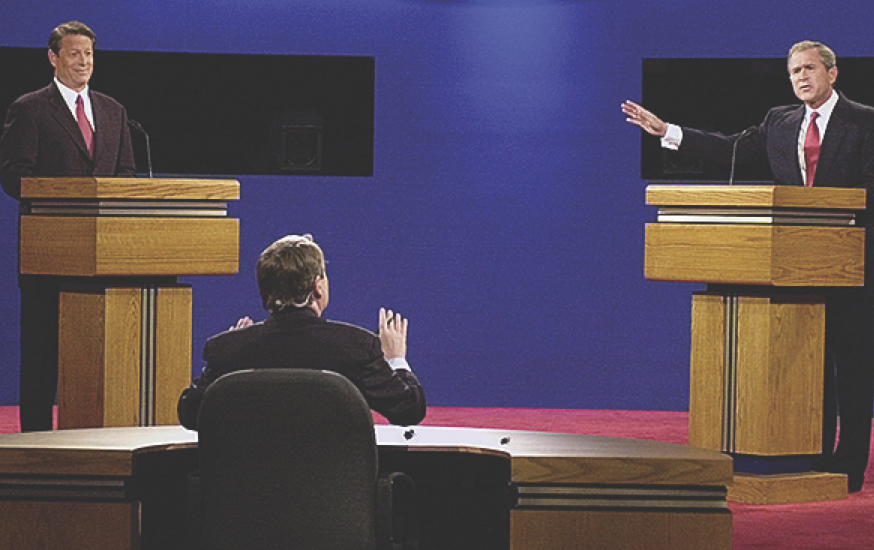 As George W. Bush made his case for himself in their first debate, Sen. Al Gore sighed heavily – repeatedly – into his microphone. Gore toned it down a bit in later debates, but the damage was done as Gore’s histronics were skewered on “Saturday Night Live.” 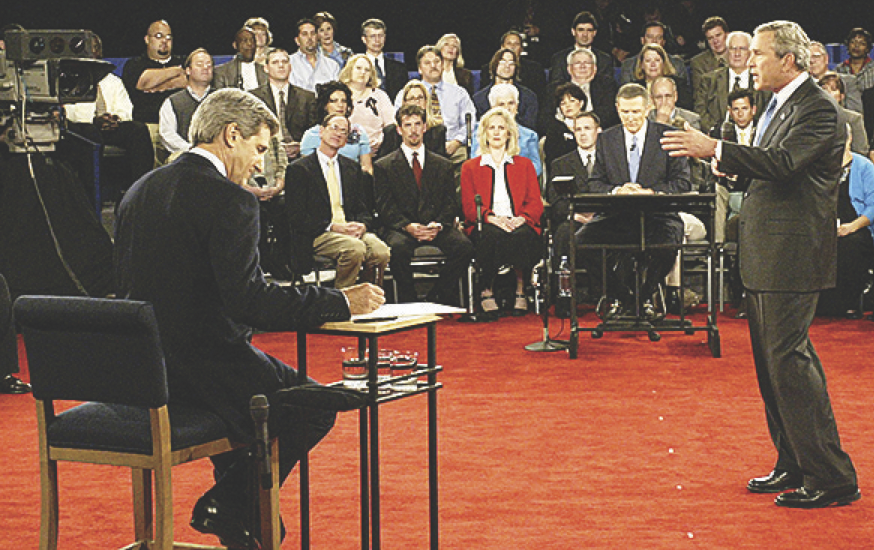 Issues? What issues? Much noise was made about a mysterious bulge under George W. Bush’s coat – which turned out to be a bulletproof vest, not a secret radio receiver – and John Kerry’s alleged use of contraband. Instead of cheat notes, Kerry had pulled out – gasp! – a pen. 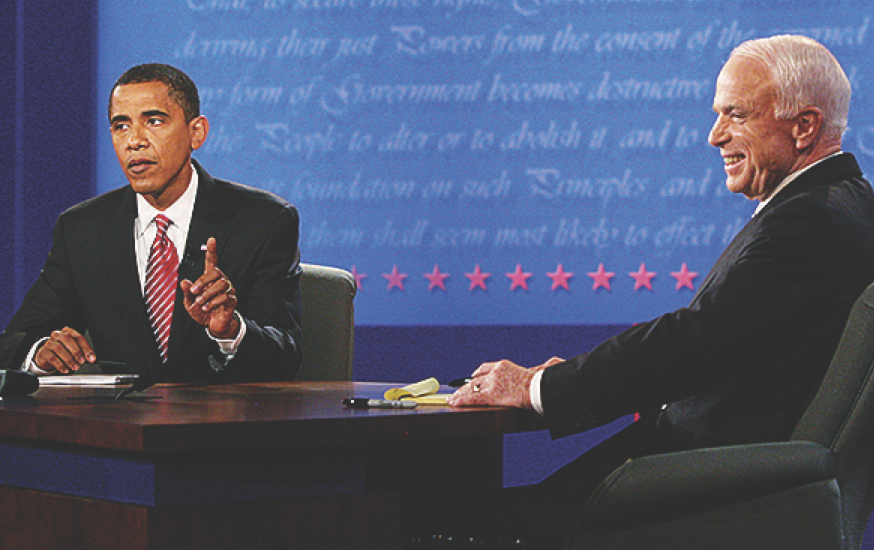 Sen. John McCain proposed delaying the second debate in order to return to Washington to debate an economic bailout bill. Sen. Barack Obama declined and the debate was held on schedule. Congress defeated the measure and Obama defeated McCain. 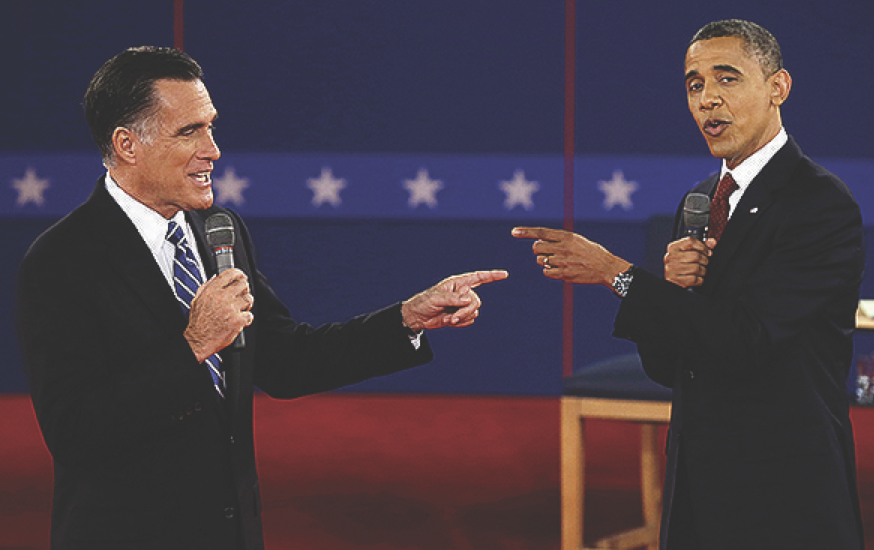 The big loser in the first 2012 debate: moderator Jim Lehrer, who was criticized for letting both Barack Obama and Mitt Romney exceed their time limits. Later, Romney lost points for claiming he had “binders full of women” qualified to serve in his administration. 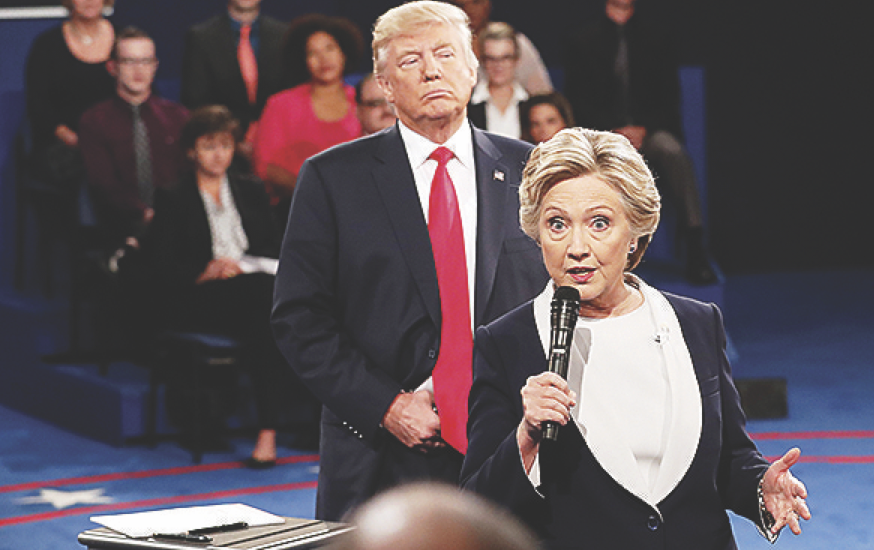 Hillary Clinton got in a number of zingers – “Well, Donald, I know you live in your own reality, but that is not the facts,” she said at one point – but Donald Trump held his own by repeatedly interrupting Clinton, “lurking” behind her during the second, town hall-style debate and by calling her “such a nasty woman” in the third debate.