A GRIP ON SPORTS • One championship has been decided. Another final series starts this week. And one other sport begins its playoff march. Who knew the end of September could be so exciting? 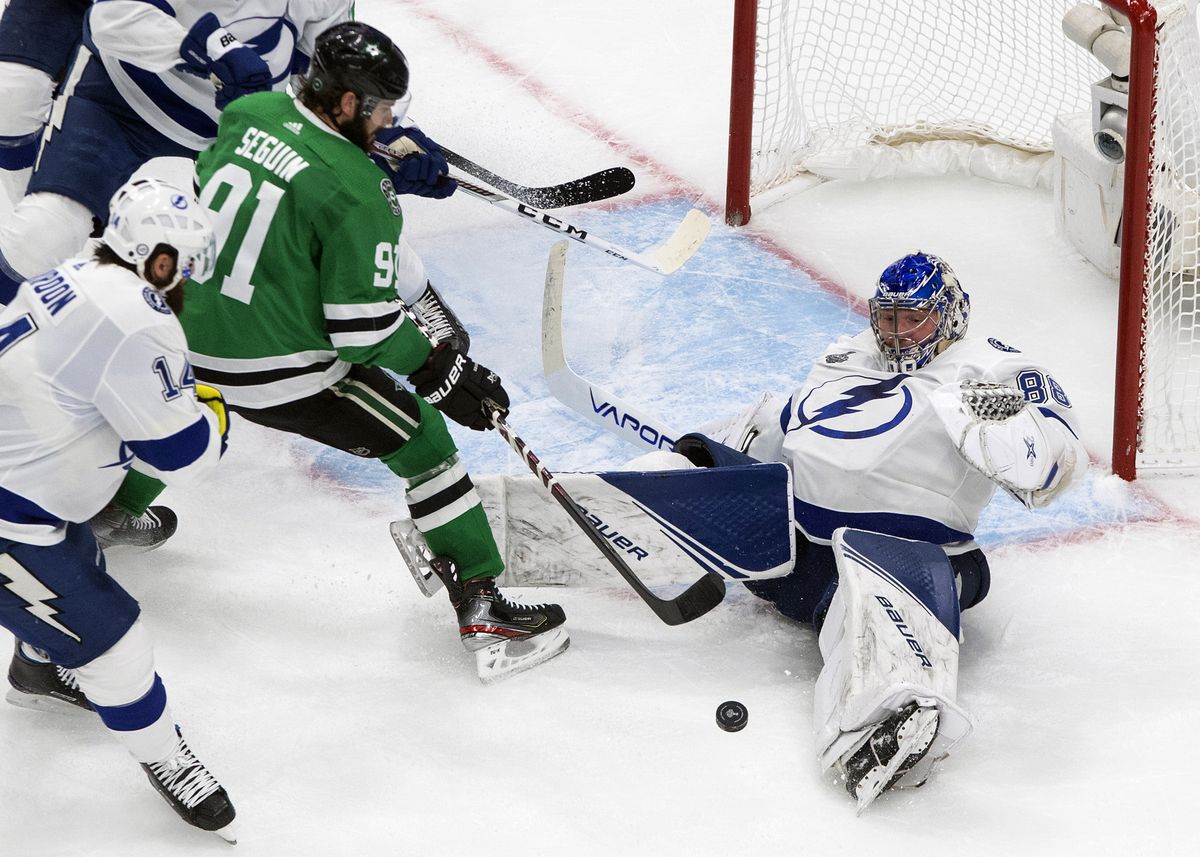 It is. Maybe not chronologically but mentally, that’s for sure. Included in those days is almost 150 days of a coronavirus-induced break, spanning March, April, May, June and July.

By the time the NHL picked up its season again – the Lightning’s first game back was Aug. 3 – the hockey season has usually been done for a couple months. The Stanley Cup is well on its journey around Canada and the U.S., taken by the winning players to places they deem as important.

One of the key parts of the Lightning attack in their Stanley Cup-winning series over Dallas, is one Tyler Johnson, the 29-year-old who learned the game in our area, playing in youth leagues and beginning his advance through hockey’s hierarchy with his hometown Spokane Chiefs.

And now Johnson will probably be bringing the Cup to our neck of the woods. But, like everything we’ve been through the past seven months, it will be different.

There is little chance of the drink-from-to-cup bacchanals the Cup usually participates in, playing the role of hockey’s Holy Grail. Nor will there be much of a chance for Johnson to take it on a bluff overlooking the city, like he did when he brought the AHL’s Calder Cup trophy to Spokane in 2012. It may just be too cold by the time the Cup hits town.

And yet, the tradition of the Cup traveling around can’t be abandoned. It may be the coolest tradition in all of sports. Even with the NHL’s sure-to-be truncated offseason, each player whose name will be added to the base must be given the opportunity to show it off.

We’ve lost too much in the way of normalcy due to this bastard of a virus. It can’t be allowed to take this celebration from everyone as well.

• The Lakers and the Heat began their NBA season in late October of last year. They will finish it sometime next couple weeks. 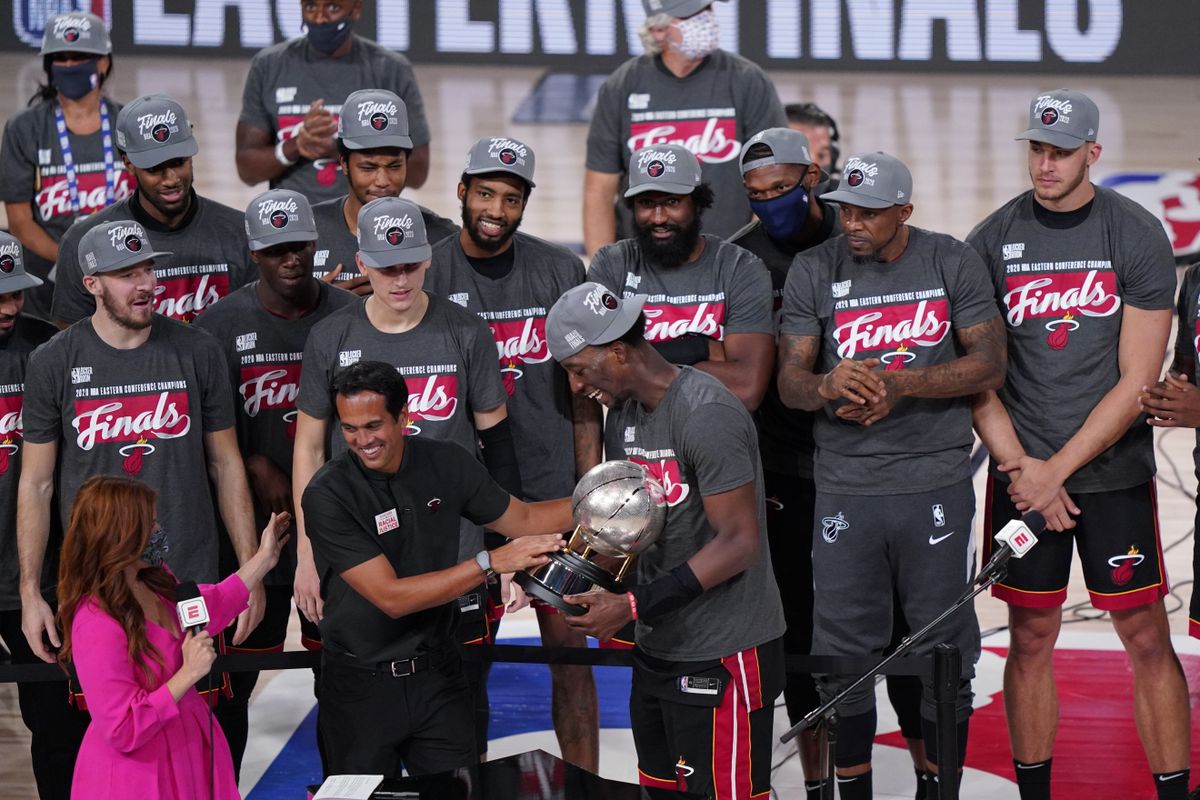 James is the most visible unifying figure in this series, but there is another, probably even more important one, in the background.

That would be Pat Riley.

The Heat’s president has connections to the NBA Finals that run all the way back to the 1970s, when he was a player with, yep, the Lakers. He also coached the Lakers and the Knicks to the finals in the 1980s and 1990s, winning titles with Los Angeles but losing with New York.

By winning the 2005 title as Miami’s head coach, Riley stretched a streak of being in at least one NBA Finals in some capacity to four decades. It became five with the Heat’s back-to-back titles in 2012 and 2013, as Riley oversaw everything from the front office. And now the Heat, with roster Riley has completely reworked, are back in 2020.

No matter what happens this week, Riley’s place in NBA history is clear. He’s one of the most successful people to pass through the league, joining Red Auerbach and Jerry West. That’s pretty stellar company.

• If you love watching baseball on TV, the next couple weeks should be paradise for you.

MLB’s expanded playoffs begin today at 11 a.m. with a paltry four games available on ABC, ESPN and TBS. Tomorrow? There will be eight games to watch, starting at 9 a.m. and ending sometime around 10 or 11 at night.

Maybe it’s a reward for all the crud we’ve had to wade through since spring training was shut down. Maybe it’s just a money grab. Either way, it’s October baseball and that means something. Even with the empty stands, the neutral sites and the looming threat of a coronavirus outbreak that could derail everything. Enjoy it. You’ve earned it. 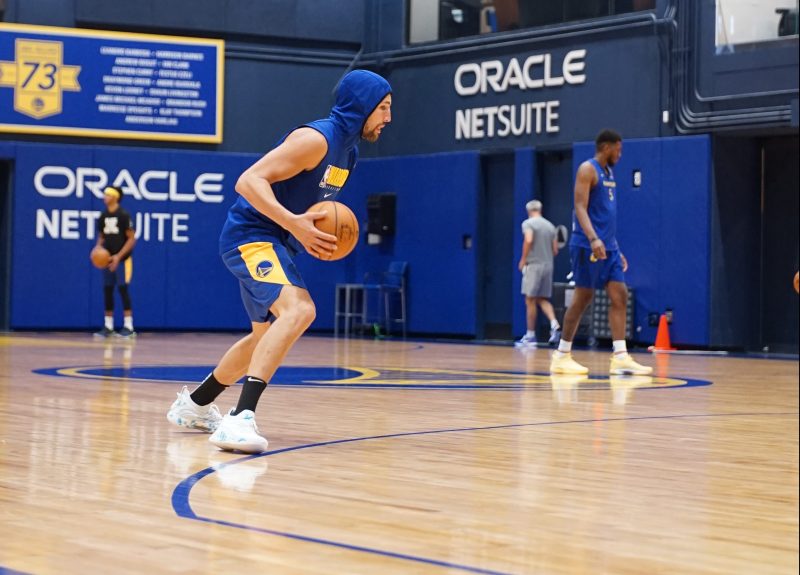 WSU: Larry Weir connected with Cougar radio voice Matt Chazanow and talked about Washington State football. It’s the centerpiece of the latest Press Box podcast. … Klay Thompson is back practicing with the Warriors, a year after knee surgery. … One of Klay’s former Washington State teammates, Aron Baynes, is the centerpiece of this look at the Suns. … Around the Pac-12 and college sports, the conference is better off with the new athletic leaders in Los Angeles. … Just who is putting together the football schedule? The conference won’t say. … Washington’s athletes are urging their schoolmates to vote. … Oregon has a question mark at quarterback. … Soon enough games will begin and we can stop looking back 20 years. … Utah has to find locker rooms for its home games this season. The old ones were torn down. … Who has the better quarterback, Arizona State or Arizona? … Some schools, like Arizona, wanted fans at games. But not every school could make it happen, so no one will. … In basketball news, Oregon State expects to be ready for the season. … Colorado has a well-traveled freshman recruit. … Arizona is probably not going to play in a tournament it was committed to attending. 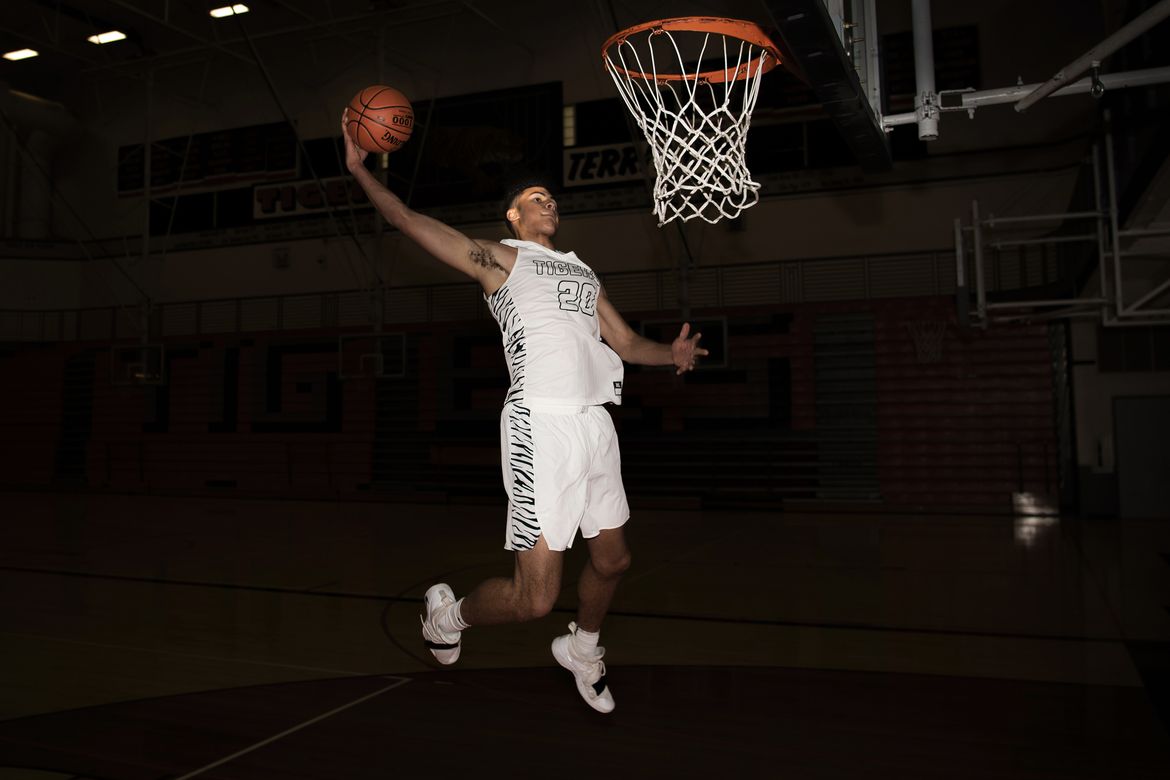 Gonzaga: A few years back I had the opportunity to watch Kaden Perry play basketball. He was a tall, skinny player with some skills. Recently, I watched some video of Perry, who committed to GU more than a year ago. The transformation was hard to fathom. He has become a beast. Jim Meehan examines that transformation of the Zags’ 2021 commit, and talks with the Battle Ground star on how his days have changed during the pandemic.

EWU: Around the Big Sky, there is some turnover in the Montana State basketball coaching staff. … The certainty of a starting date pleased Weber State’s basketball players.

Horse racing: The Preakness finishes out the jumbled Triple Crown races this Saturday, with Kentucky Derby winner Authentic the favorite.

Seahawks: The NFL is still evolving. A passing-dominant league is becoming a passing-crazy league. And Pete Carroll’s Hawks are part of the evolution. … The Hawks lashed out yesterday concerning the dirty play that injured Chris Carson. He’s not too bad, but Jamal Adams is probably out for a while. … Shaquem Griffin has earned more playing time. … After three close games, Seattle is 3-0. The Hawks have done that before.

Mariners: Marco Gonzales was the most visible standout in the M’s better-than-expected step-back season. … For the M’s to take the next step, they need a better bullpen.

Sounders: The reunion season continues, with the Sounders trading for defender Roman Torres. Like Brad Smith, he’s been in Seattle before.