A GRIP ON SPORTS • Nothing is worse than waking up on a Sunday morning with a raging headache. It helps sometimes to name them, you know, like Pabst or Tito’s. Let’s ring up Mick Cronin and see if he has one, though any the UCLA basketball coach is sporting this fine Easter morning would have nothing to do with adult beverages. And he would name it Jalen, I’m sure.

• Many college basketball coaches can commiserate with Cronin. After all, ever since Jalen Suggs stepped onto Gonzaga campus last summer as the most-heralded recruit in school history, he’s been a headache.

Not for Mark Few of course. But for every other coach in America.

Suggs’ special talents have lifted Gonzaga’s always-potent offense to another level. Sure, he makes mistakes. He’s a freshman. But he also makes plays. Many, many plays – often right after one of those mistakes. And he’s not afraid of a big moment. Seems to search them out, actually. As he did last night in the biggest moments of the biggest game of the biggest year in Gonzaga history (as of now).

Because he searched – and destroyed UCLA’s hopes – the Few’s Bulldogs will have their second chance to win a national title. It may seem preordained – Baylor and GU have been atop the national polls for almost the entire COVID-19-ravaged season – but it certainly didn’t look that way Saturday night down the stretch. At least UCLA didn’t seem to think it was.

Maybe Suggs did. Maybe that was what was going through his head as he began chasing down Cody Riley as the Bruin big man, he of 14 crucial points, began to slip to the rim, ball in hand, dunk certain, with 2 minutes left in a 77-77 game.

What Suggs said he was thinking was simpler. He had nothing to lose. A foul was good, seeing Riley isn’t the best free-throw shooter. And a block? Well it would be the highlight of the game until the final second of overtime. The block, the ensuing come-from-out-of-bounds retrieval of the ball (real question: Is what Suggs did a violation?) and the almost-length-of-the-court one-handed bounce pass to Drew Timme that resulted in a dunk on the other end.

Without that series, there is no opportunity to make a play that will be shown on SportsCenter and in NCAA highlights for the next couple decades.

And without Suggs’ journey from Minneapolis to Spokane there would be no headache for Mick Cronin this morning.

• Years ago I began a tradition at basketball practices. At least once a week, any team I coach finishes practice with half-court, buzzer-beater shots. Hit one, win a candy bar.

It’s fun. But it also serves a purpose. It allows players to feel comfortable if they face that situation for real, something practice is supposed to provide. And experience tells me it works. Heck, with quarters in high school-level games, there are four buzzers to beat. One game, our team finished off two quarters with successful half-court shots.

The exception that really doesn’t proves the rule? Perhaps. But I’m pretty sure Jalen Suggs would have earned quite a few Twix over the years before hitting the most memorable half-court shot in NCAA Tournament history.

• One last thought. Take a look at last night’s box score. The tale it tells is unbelievable.

Corey Kispert, earlier Saturday named the best small forward in the nation, was 6-of-13 from the floor but only 2-of-8 from beyond the arc. He few chances to throw a dagger at the Bruins and really only connected on one. Add in his failure to block out on the last UCLA possession and it wasn’t the senior’s best game.

How many could teams could absorb a well-below-average game from an All-American and still score 93 points, let alone win?

Up until the final shot, Suggs was less than 50 percent from the field as well, and only 1-of-4 from beyond the arc, which included an air-ball, wide right. How many teams could absorb on off-night from their All-American point guard and still win?

Heck, the entire team was 1-11 after halftime from beyond the arc until Andrew Nembhard connected on the most important, but probably least remembered, 3-pointer of the night, with 1:15 left in overtime. Not many teams can absorb that type of outside-shooting spell and still win.

But as we now know, Gonzaga can. Gonzaga: Enough of me. It’s time to travel to Indianapolis, or your front porch. The former is where the S-R crew is working, the latter is where their work ends up. They produced a lot of it in a short period of time Saturday night. We start with Jim Meehan, who has his game analysis and his difference makers from the game itself. Before the tip, however, he also put together stories on Kispert winning the Erving Award, Timme taking home the Malone Award and Nembhard’s brother Ryan winning a tournament title earlier in the day. … John Blanchette tried to make sense of the outstanding game and the spectacular ending in his column. … (By the way, spectacular was not one of the words Jim Nantz screamed after Suggs’ shot went in. We relayed the main ones from Nantz and his CBS pals in our TV Take.) … Theo Lawson talked with lots of folks, including Oregon women’s coach (as well as a GU dad and former coach) Kelly Graves. Theo also listened to Cronin’s postgame thoughts. … Ryan Collingwood listened to Tom Hudson and Adam Morrison’s call of the final play – it was all over social media – and wrote a story. Ryan also talked with Gonzaga fans in Indy and was joined in that endeavor by photographer Tyler Tjomsland. … There were Gonzaga students in the Kennel. Photographer Kathy Plonka and reporter Nina Culver documented their celebration. … There is, as always, a recap with highlights. … Former GU players had their say on Twitter and the like. … Justin Reed presents a summary of the Bulldogs’ biggest games in their 31-0 season. … Want more? There is an incredible – that was one of Nantz’s words – amount of stories available, some from the Northwest and others from around the nation. And why not? It was not just a national semifinal but one of the best games of this or any other season. … The Zags will play Baylor tomorrow night. The Bears should be well-rested after walloping Houston in the first semifinal. 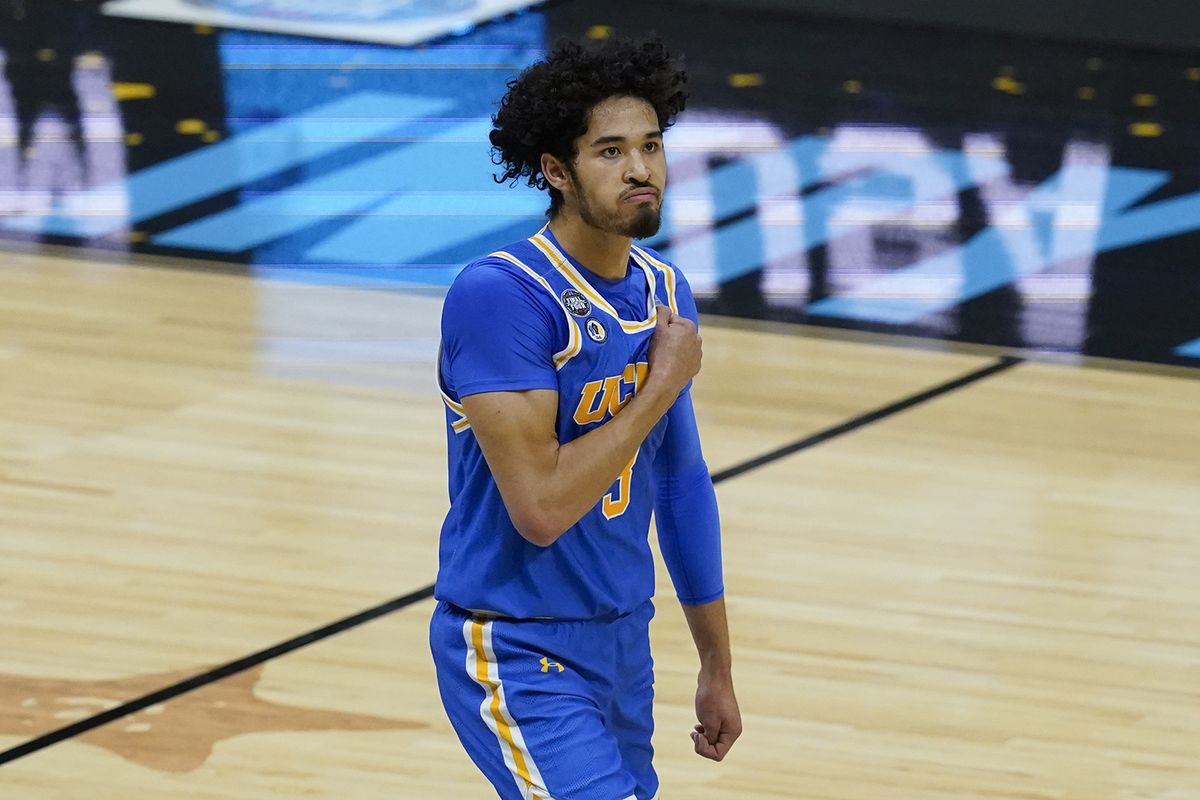 WSU: The baseball team snapped its losing streak with a 10-9 win over Stanford. … Around the Pac-12 and college basketball, UCLA’s Final Four run didn’t end the way the Bruins wanted. But as important as the outcome was the foundation Cronin and his program seems to have built the past few weeks. Then again, Ben Howland had three Final Four shots and never won the school’s 12th national title. This feels different, however. … Oregon’s Chris Duarte won the West Award. … Despite some departures, Colorado’s program seems stable. … How many Utah players will stay? … In the women’s tournament, the championship is this afternoon, with two Pac-12 schools, top-seed Stanford and upstart Arizona meeting for the title. The Cardinal had a tough road to this point of the season but are the favorite. The No. 3 seed Wildcats have posted upset after upset to reach the final. And they aren’t apologizing for anything they’ve done en route. … In football news, Utah has a freshman running back atop its depth chart. … There is a little frustration in Arizona. … USC has five key additions. … Colorado has finished its first week of spring practice.

EWU: The eighth-ranked Eagles went on the road and rolled over No. 11 UC Davis 32-22 behind three touchdowns from Eric Barriere. … Elsewhere in the Big Sky, Weber State rallied past Southern Utah to remain undefeated.

Idaho: The Vandals’ trip to Pocatello wasn’t as successful as they lost 24-22 to Idaho State. 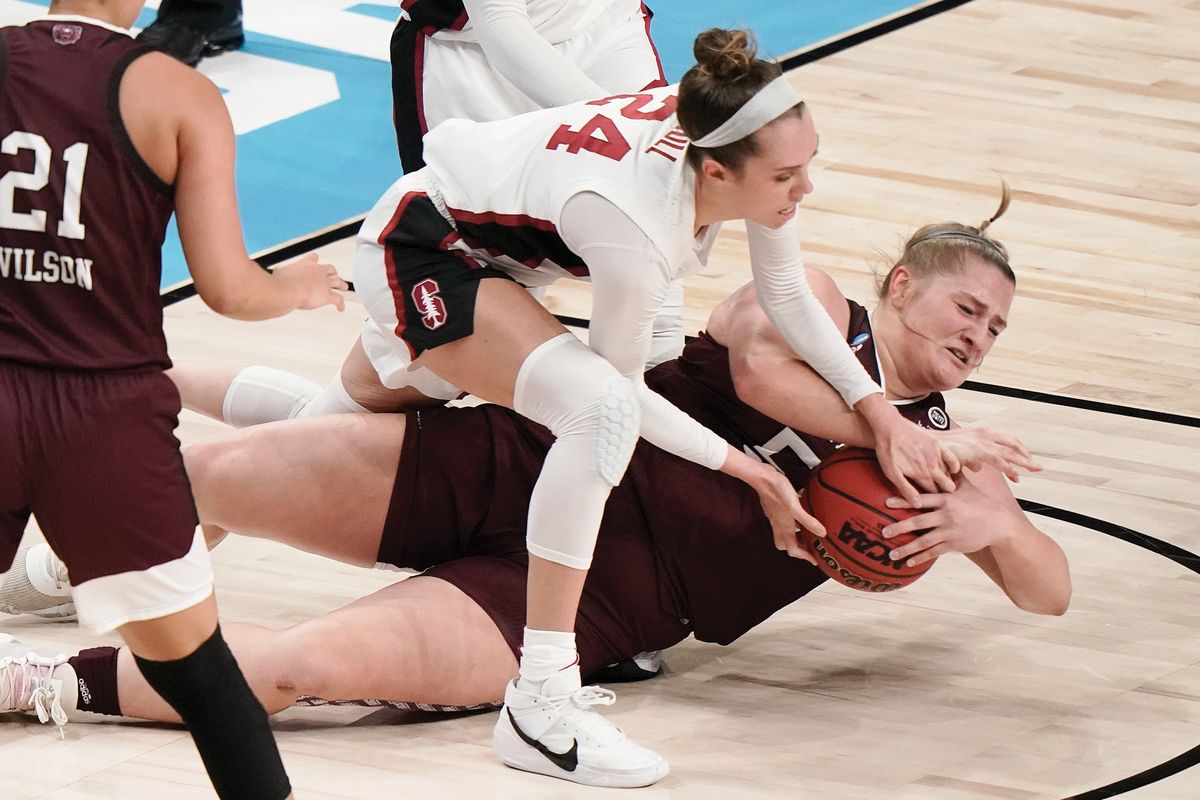 Preps: This weekend presents three former Greater Spokane League basketball players the opportunity to win NCAA titles. Lexie and Lacie Hull have theirs today with Stanford, Anton Watson will get his tomorrow night with Gonzaga. Dave Nichols takes a look at the local connections. … Dave also has a roundup of local competition from Saturday.

Chiefs: Spokane is still looking for its first win though the Chiefs came close last night in Kennewick. They lost in overtime. Kevin Dudley has more in this story.

Mariners: Thanks to an outstanding outing from newcomer Chris Flexen, the M’s shut out the Giants 4-0 and won the season-opening series. … There is no game today. On Easter. That’s odd.

• Like Kispert, we were not at the top of our game last night. Of all the games to forget, I never hit record on the DVR. It’s a pregame ritual, along with printing out stats and rosters. But for some reason skipped it for what turned out to be a classic. Doh. Then my first TV Take lede was garbage. Double doh. Luckily, I was able to rewrite it into something that made a modicum of sense. As John Wooden used to say, be quick but don’t hurry. Must remember that Monday night. Until later …