A GRIP ON SPORTS • It’s finally Monday. A Monday everyone actually has been waiting for since late Saturday night. Championship Monday. Before we close our eyes again, we will know if perfection is still possible in college basketball.

• Did you know the last team to finish a season undefeated was Bobby Knight’s  Indiana squad in 1976? Sure you did. If you didn’t then you haven’t been paying attention to college basketball the past few months. Or reading this space. Or, even, living anywhere near Spokane. 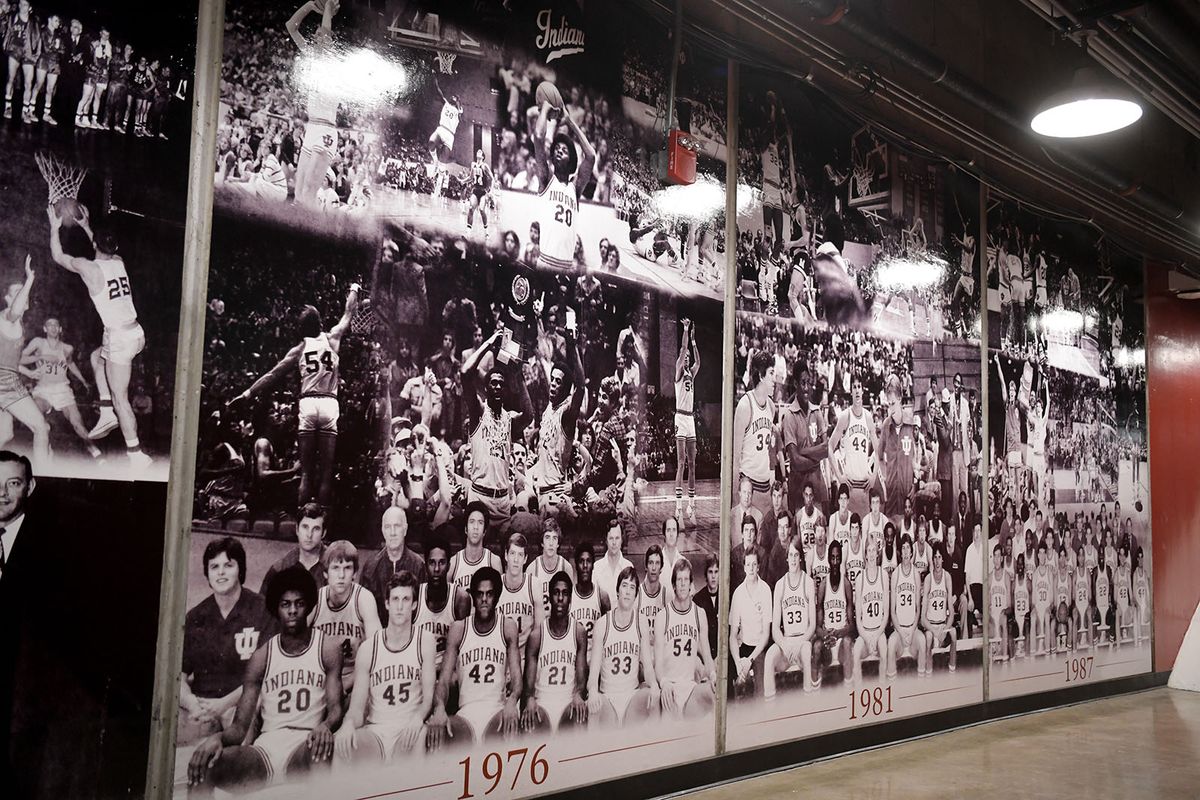 But did you know no one has won the NCAA Division I men’s basketball title, what is actually up for grabs tonight in Indianapolis, with fewer than two losses since the Hoosiers?

Yep, not only has it been impossible to win the title without losing since the Bicentennial, no one has gone through a season with just a single loss and brought home the trophy. Seven teams have won the tournament with two losses, the most recent Kentucky in 2012. Coincidentally (or not), Baylor has two losses heading into tonight’s showdown with the Zags.

Most champions have been bloodied and beaten a few times during the season, including Kansas in 1988, which lost 11 times before putting together its miracle run. Of course, the Jayhawks needed Danny Manning on the court and Larry Brown on the bench to make it happen.

Not only has Gonzaga not been beaten, the Zags have only been bloodied once. West Virginia gave them a black eye early in the season. BYU added a bruise or two. But until UCLA hit them in the mouth over and over Saturday night, the Bulldogs seemed a bit like Muhammad Ali, floating like a butterfly above the college hoop fray.

Saturday, UCLA did its best to swat them down. The Bulldogs zigged, zagged and finally, as time ran out in overtime, stung like a bee. And now they get an opportunity to win their first national title.

It would be a perfect ending to a less-than-perfect season, despite the lack of losses. Nothing in the world is really perfect right now, not with people still dying from a virus that stubbornly refuses to go away. Even the Zags’ march has been interrupted by COVID-19, postponing this matchup of the preseason No. 1 and No. 2 from December to April.

Maybe that’s lucky. Maybe it isn’t. We will find out this evening. It’s a night we’ve been waiting for all season.

• If we did a Twitter poll asking who will win tonight, our guess is about 75 percent would pick Gonzaga. Most of the people who follow us either are Zag fans or Zag haters, so the poll would probably track with those percentages.

We wouldn’t know what option to pick, personally. After watching every one of GU’s games this season, a few more than once, we have focused more on the Zags’ foibles than their strengths.

Recently, one of their strengths, the shooting of All-American Corey Kispert, has turned into, well, not a weakness but not the dependable threat it was for most of the season. In the last two games, the senior is just 12-of-32 from the floor and 5-of-18 from beyond the arc. Those percentages of 31 and 28, respectively, are well off his season averages of 53 and 45.

The Zags have shown they don’t need to be hitting on all cylinders this season to win but having Kispert firing away in rhythm certainly would help them drive past the Bears. 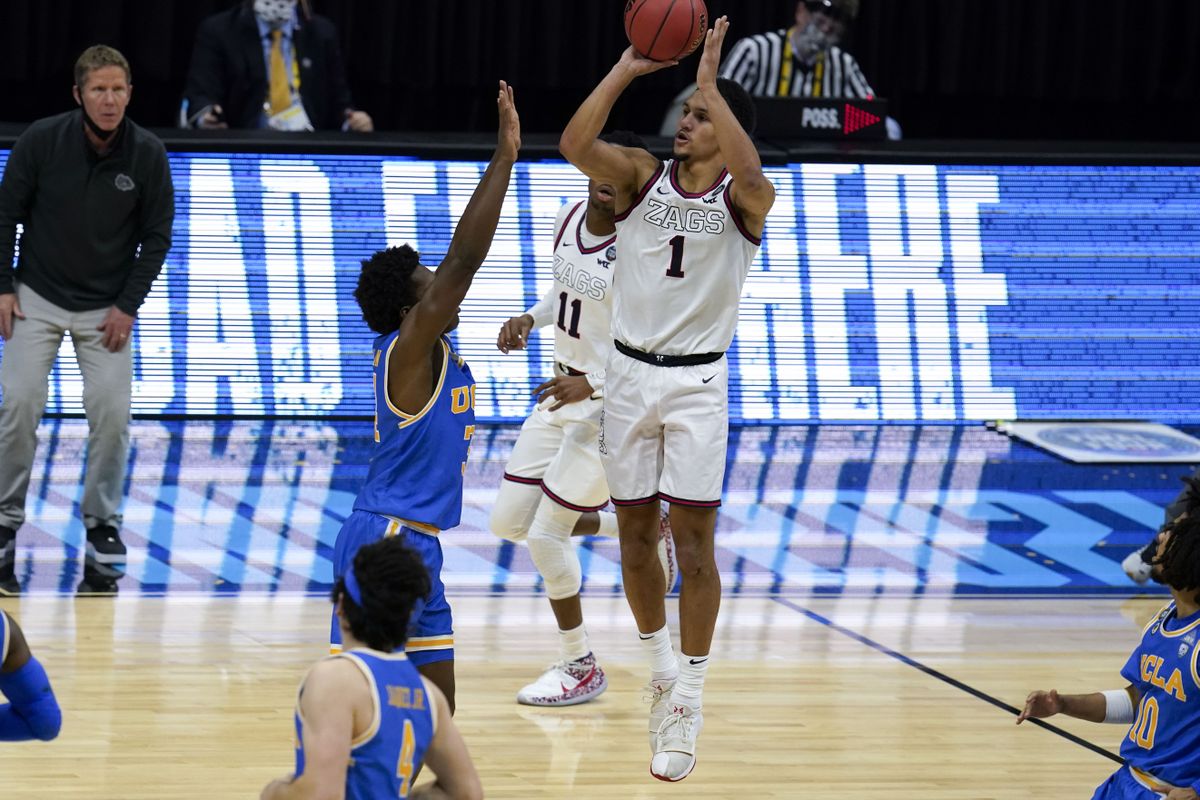 Gonzaga: As you might expect, there is a tremendous amount of stories available from Indianapolis. We start with Jim Meehan’s game preview. Then we transition to his key matchup, though, as Jim alludes to, in a game like this probably ever matchup is key in some way. Finally, Jim looks at the unbeaten teams that have won and those since 1976 that have come close, but failed, in their championship quest. … John Blanchette has two columns for us this morning. The first is on the matchup itself, the one we’ve waited all season to see. The other focuses on a couple former Gonzaga players who are actually in attendance after missing out on an NCAA run last season. … Editor Rob Curley waxes semi-poetically on Drew Timme, his mustache and the Bulldogs of 2021. … Theo Lawson offers a couple of stories, one on Jalen Suggs’ game-winner and its place in NCAA history and the other concerning Mark Few’s pickleball partner in the bubble. … Ryan Collingwood looks back at the five times Baylor and Gonzaga have played. He also took time yesterday to travel away from the bubble, joining with Gonzaga fans and others to commemorate the anniversary of Dr. Martin Luther King Jr.’s death. … Everyone was taken by Tom Hudson and Adam Morrison’s radio call of Suggs’ shot to win the UCLA game. … And everyone is ready for tonight’s matchup with Baylor for the title. This is the title game most college hoop fans were hoping would happen. 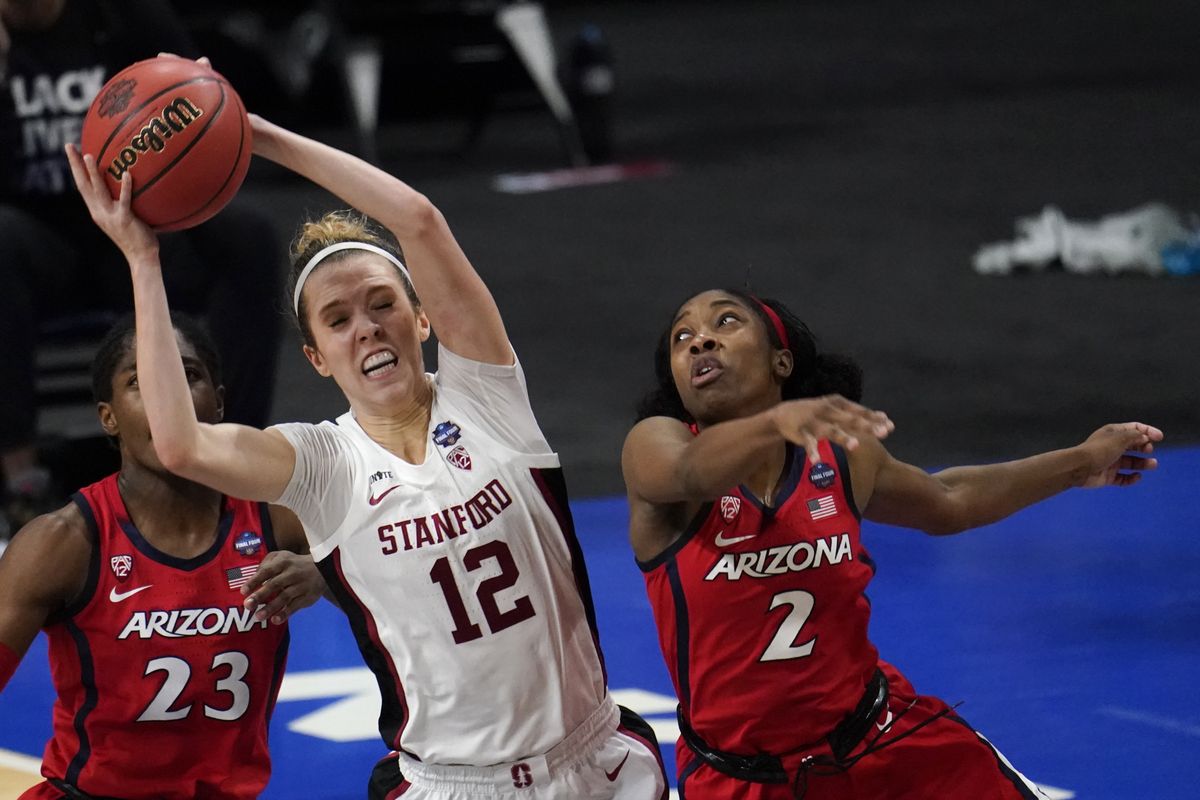 WSU: The volleyball team is headed to the NCAA Tournament as the 15th seed. … The Pac-12’s two representatives in the women’s NCAA championship game showed out yesterday, with Stanford holding on for its third title. The Cardinal, with Central Valley High’s Lexie and Lacie Hull, led most of the game, but Arizona rallied and had a chance to win with 6.1 seconds left. Aari McDonald’s 3-pointer under pressure fell short. … Around the Pac-12 and college basketball, Terrell Brown Jr. left Seattle U. for Arizona. Now he’s back in Seattle, playing his last college season for Washington. … After its semifinal performance ended in a buzzer-beater, UCLA seems well positioned for year three of Mick Cronin’s tenure. … USC had a good year as well. … In football news, there are two weeks left in Utah’s spring practice schedule.

Idaho: The North Idaho Hall of Fame will welcome a new class in a banquet April 25. Headlining the group is former Vandal quarterback Rob Young.

Chiefs: For the second consecutive night, Spokane lost in overtime. Kevin Dudley has the coverage of the 5-4 home loss to Seattle.

Mariners: Mitch Haniger had the day off yesterday. So did the rest of the M’s. … Their first series showed a couple of positives.

Seahawks: Free agency was OK for Seattle. … The draft this year is about quality, not quantity, for the Hawks.

• What do you want me to say? Who I think will win tonight? I am honestly not sure. Part of that is my lack of familiarity with Baylor, or, to be precise, this iteration of Baylor in 2021. The Bears were dominant until their long COVID-19 pause. They then struggled a bit. But during the tournament, they seemed to have found their footing. Which team shows up tonight? My guess is the good one. And it will be tight (as the 4.5 point spread in GU’s favor indicates). I just hope the game is clean, with little in the way of controversy (it’s still hard to understand how Kennedy Meeks’ hand on the out-of-bound lines was missed by Mike Eades). That would make everyone happy. Until later …