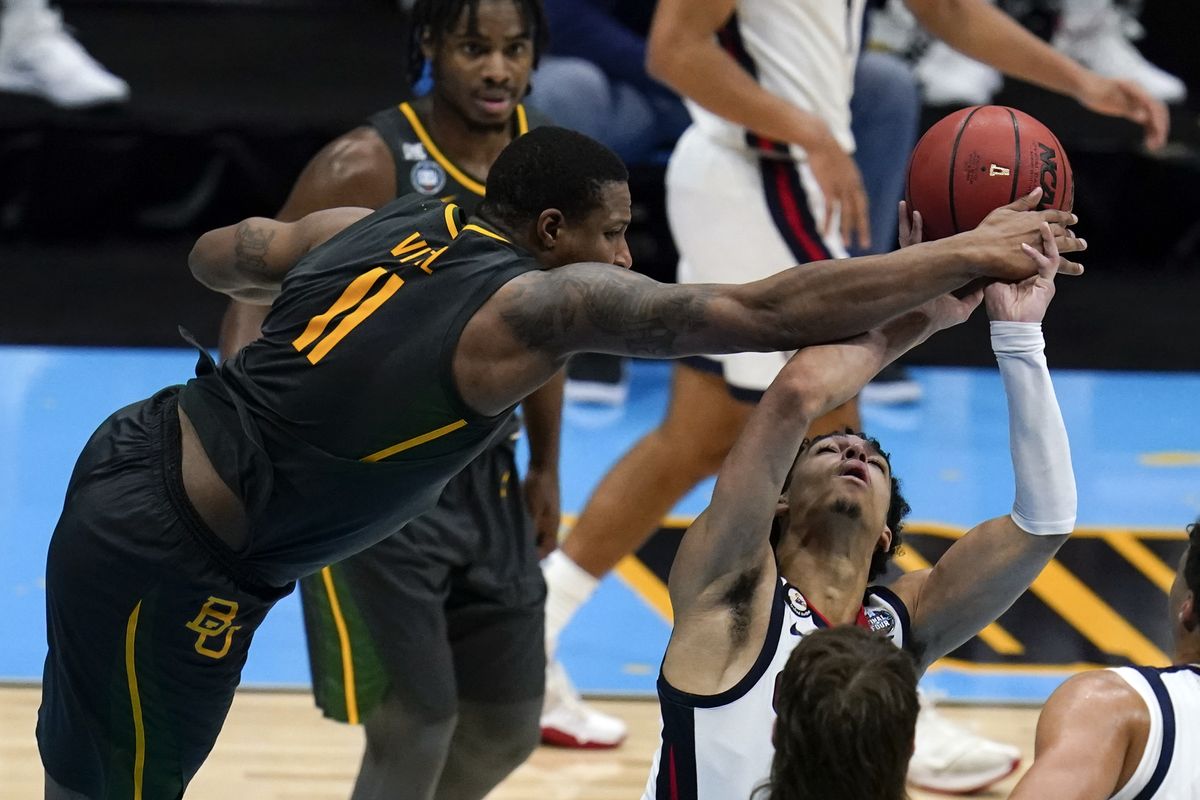 INDIANAPOLIS — Top-seeded Gonzaga fell into an early hole and never found a way out, squandering a second opportunity in five years to win the program’s first national championship with an 86-70 loss to Baylor at Lucas Oil Stadium.

In the final game of the 2021 NCAA Tournament, the team that spent the entirety of the season ranked No. 1 in the Associated Press Top 25 poll had no answer for Baylor’s inside strength and 3-point shooting. The Bulldogs (31-1), who would’ve been the first undefeated team to win the national championship since the 1975-76 Indiana Hoosiers, trailed by as many as 20 points in the second half.

Guard Jared Butler went 4 of 9 from three-point range and led the Bears with 22 points, while MaCio Teague had 19. Baylor, the nation’s most efficient 3-point shooting team during the regular season, finished 10 of 22 from beyond the arc – a stark contrast from Gonzaga, which went 5 of 17 and had just one 3-pointer until there was 10:28 left in the second half.

The Bears withstood another outstanding performance from Bulldogs freshman Jalen Suggs, a projected NBA lottery pick who likely played in his last college game at Lucas Oil Stadium. Suggs led Gonzaga with 22 points on 8-of-15 shooting, but Baylor held tournament standout Drew Timme to just 12 points – his first time under 20 since an opening round game against Norfolk State – and sharp-shooting senior wing Corey Kispert scored 12 on just 2 of 7 from beyond the arc.

Baylor led for the duration of the game, winning the opening tip and going right to work on a 9-0 run. Gonzaga was held without a field goal for the game’s first 4½ minutes and the Bears led 11-1 when Corey Kispert ended the run with a 3-pointer from the top of the arc.

But the Bears continued to pound away. Jared Butler knocked down a 3-pointer to open up a 26-10 lead and Jalen Suggs turned the ball over on the next possession, allowing Macio Teague to connect on another Baylor 3-pointer, giving the Bears their largest lead of the half at 19 points.

Suggs and Gonzaga followed with a 9-2 run, allowing the Bulldogs to close the gap to 47-37 at halftime. The freshman guard converted a layup in traffic to make it a 12-point game and Anton Watson scored at the rim on GU’s final possession of the half, allowing the Zags to close the deficit to 10 points for the first time since the 14:11 marker.

The Bears extended their lead to 15 points in the second half, but Suggs led the Bulldogs on an 8-2 run that would close the gap to nine points. It’s as close as Gonzaga got and Baylor proceeded to score 9 of the next 11 points, eventually building the lead to 20 points on a pair of free throws from Davion Mitchell.

INDIANAPOLIS – What is the flip side of perfection? | Read more »

Difference makers and turning point from the NCAA national championship game between Gonzaga and Baylor on April 5, 2021, in Indianapolis | Read more »

A Gonzaga season that began with a bang seemingly a lifetime ago, ended Monday night with a whisper. | Read more »

The name of John Jakus, Gonzaga’s former director of operations, came up twice when Scott Drew met with members of the media after Baylor’s 86-70 rout of the Bulldogs in the national championship. | Read more »

Jalen Suggs and Drew Timme didn’t collect the hardware they were chasing in Indianapolis, but Gonzaga’s top two players at the 2021 NCAA Tournament still left Lucas Oil Stadium with some recognition. | Read more »

Baylor wins the #NationalChampionship for the first time in men’s program history! pic.twitter.com/HOg0RgPN41

15:30 – Baylor 11, Gonzaga 1: Nightmare start for the Zags as they haven’t made a field goal, have two turnovers and have conceded four offensive rebounds.

Davion Mitchell leads Baylor with seven points on 3-of-4 shooting.

Andrew Nembhard made 1-of-2 free-throws to score for the Zags.

Gonzaga guard Jalen Suggs has two fouls. He picked up one on a charge, then was called for a reach-in foul a couple minutes later.

First media break and it’s been all Baylor: 11-1. Mitchell has 7 pts, buried a 3-ball, 4 offensive boards and 4 second-chance points

14:25 – Baylor 16, Gonzaga 4: The Bears have made six of their last eight shot attempts and have the Bulldogs on their heels.

Jared Butler and Davion Mitchell each have seven points for Baylor, which is shooting 58.3%.

The Bears hold the rebounding edge 7-2 on the Zags.

Zags finally get a bucket…and Bears get two for a 16-4 lead. Can’t give Baylor shooters this much space…but Gonzaga can’t guard them inside, either.

Baylor has also made 3 of 3 from 3-point range.

Baylor has its foot on the gas 💥#NationalChampionship @BaylorMBB pic.twitter.com/qLVI3pRTiE

Gonzaga is shooting 42.9%, but has turned the ball over five times. Baylor has zero turnovers.

What a pick, roll and pass with Timme and Cook. pic.twitter.com/sHPtnjc5wf

The Bears made the first five 3-pointers they attempted this game. They are 5 of 7 from 3.

Baylor has made as many shots as Gonzaga has attempted. The Bears are 12 of 24 from the field. Gonzaga is 5 of 12.

Baylor finally misses a 3-pointer (5 of 5 before Butler misfire), Teague drives in for a bank shot on next possession. Zags shot quality well below Baylor’s. Bears 31-14, 7:50 left

3:41 – Baylor 38, Gonzaga 26: The Bulldogs have made their last four shot attempts but still trail the Bears by 12 at the under-4 timeout.

Baylor 47, Gonzaga 37: MaCio Teague has 14 points and the Bears lead the Bulldogs by 10 at halftime.

Drew Timme has 10 points on 4-of-5 shooting to lead Gonzaga. The Bulldogs shot 54.5% in the half, but had eight turnovers.

The Bears were credited with nine offensive rebounds and nine second-chance points.

Jalen Suggs, Corey Kispert and Andrew Nembhard each had seven points for the Zags. Suggs played much of the half with two fouls.

Adam Flagler added eight points and Davion Mitchell had seven for Baylor. The Bears dealt with foul trouble in the half. Jonathan Tchamwa Tchatchoua was called for three fouls. Mark Vital, Flo Thomba and Butler were each called for two.

Butler has 16 points on 6-of-9 shooting to lead Baylor. Baylor made their first two 3-point attempts of the half and grabbed two offensive rebounds.

Jalen Suggs has six points for Gonzaga in the half. The freshman guard has a team-high 13 points.

Suggs and the Zags won’t go away 😤@ZagMBB #NationalChampionship pic.twitter.com/43QqNZVSe2

Mark Vital started the play with a block of Corey Kispert’s layup attempt. The Bears gathered the block and took off on the fastbreak, finding Flagler on the right wing for the 3.

Baylor getting it done at BOTH ends 💥 #NationalChampionship @BaylorMBB pic.twitter.com/nWqhfCALZS

Bears have an answer every time GU threatens to make it interesting. Teague pretty finish inside and Flagler swishes 3 after Vital swats Kispert inside.

Jared Butler leads Baylor with 20 points. The Bears are only 8-of-20 shooting this half, but have made 9 of 10 free-throws.

3:18 – Baylor 82, Gonzaga 65: The Bears remain in control at the final media timeout behind 20 points from Jared Butler and 19 points from MaCio Teague.

Couple of second guessers looking over my shoulder tonight to tell me what I’m typing is a load of … pic.twitter.com/Rk4LWN5QeI

One hour ‘til tip, folks. pic.twitter.com/Tce0NTjC7G

Some former Zags have a message for our current Zags 🗣 pic.twitter.com/mUXN2auZWj

“It’s the ultimate goal in our sport.” 🏆@ZagMBB’s Mark Few discusses the opportunity to play in the #NationalChampionship with @TheAndyKatz. pic.twitter.com/wF4FOe8dt7

RT if you’re excited for the #NationalChampionship!

Gonzaga one step from finishing off historical season in style

The Bulldogs are one victory from completing an undefeated season with the program’s first national championship. In other words, legendary status in the sport that only seven teams have achieved since the first tournament in 1939, the most recent Indiana’s 32-0 season in 1976. | Read more »

John Blanchette: Holding the Gonzaga-Baylor showdown for the title tilt is college’s basketball’s best gift in a year of duds

With the Zags going for the NCAA Tournament title tonight, university and Spokane community leaders are urging fans to watch responsibly. | Read more »

We’ll stay in the backcourt and give the nod to junior Davion Mitchell, the national defensive player of the year. Junior Jared Butler has been a mainstay on All-America teams and leads the team in scoring (16.6), but Mitchell isn’t far behind (14.0) and is tops in minutes (33.0) and 3-point percentage (45.3). | Read more »

Gonzaga is 5-0 all-time against Baylor. Here’s a look back at those wins.

John Blanchette: Former Zags Admon Gilder, Ryan Woolridge soaking in NCAA experience as fans after not getting title shot in 2020

The visual metaphor would have had them outside Lucas Oil Stadium, noses pressed against the glass, sorrowful. Maybe bitter. | Read more »

From Indiana to Indiana State: The unbeatens and those that came close in the NCAA Tournament

Gonzaga is on the doorstep of joining one of college basketball’s most exclusive clubs. | Read more » 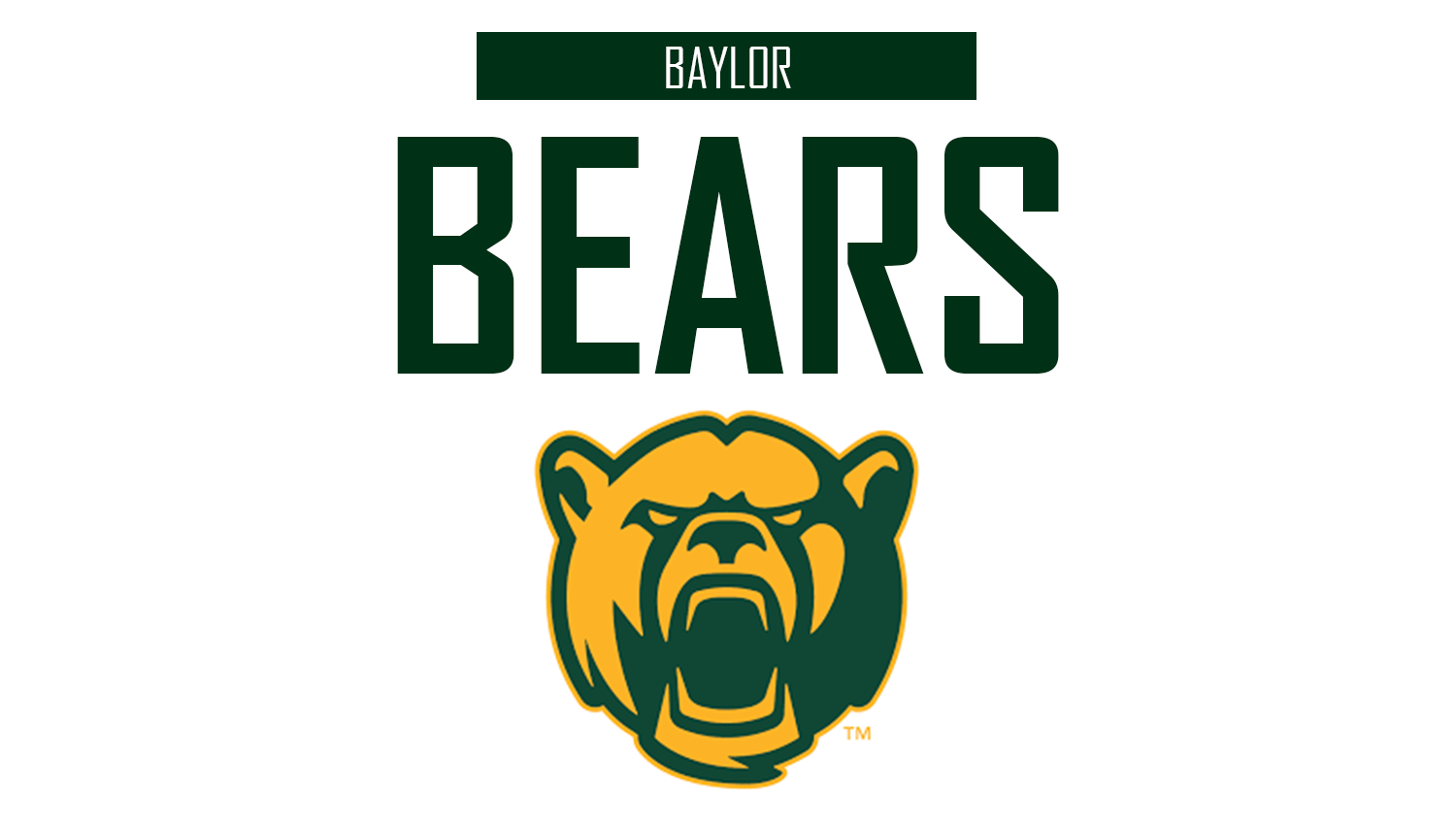 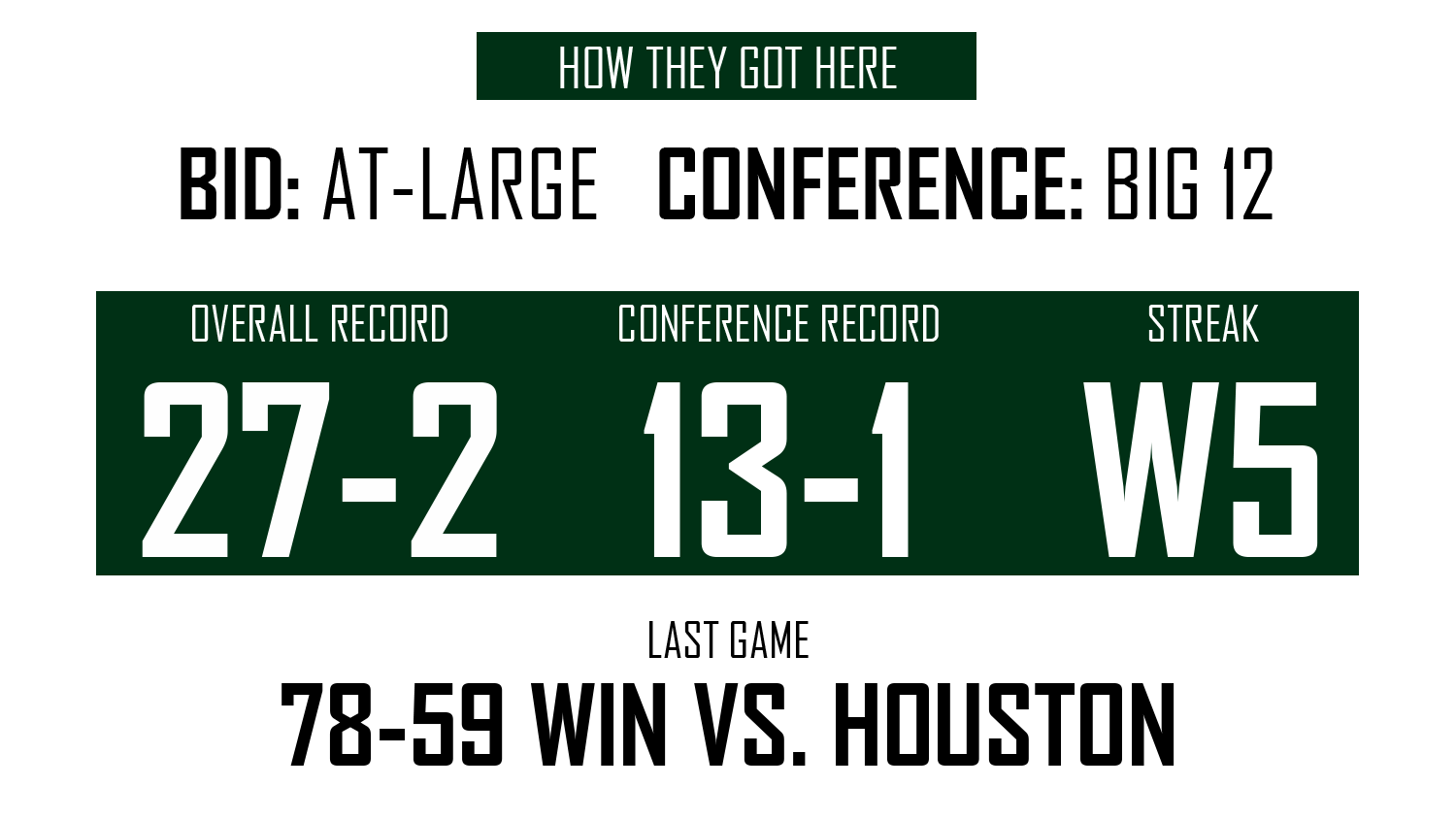 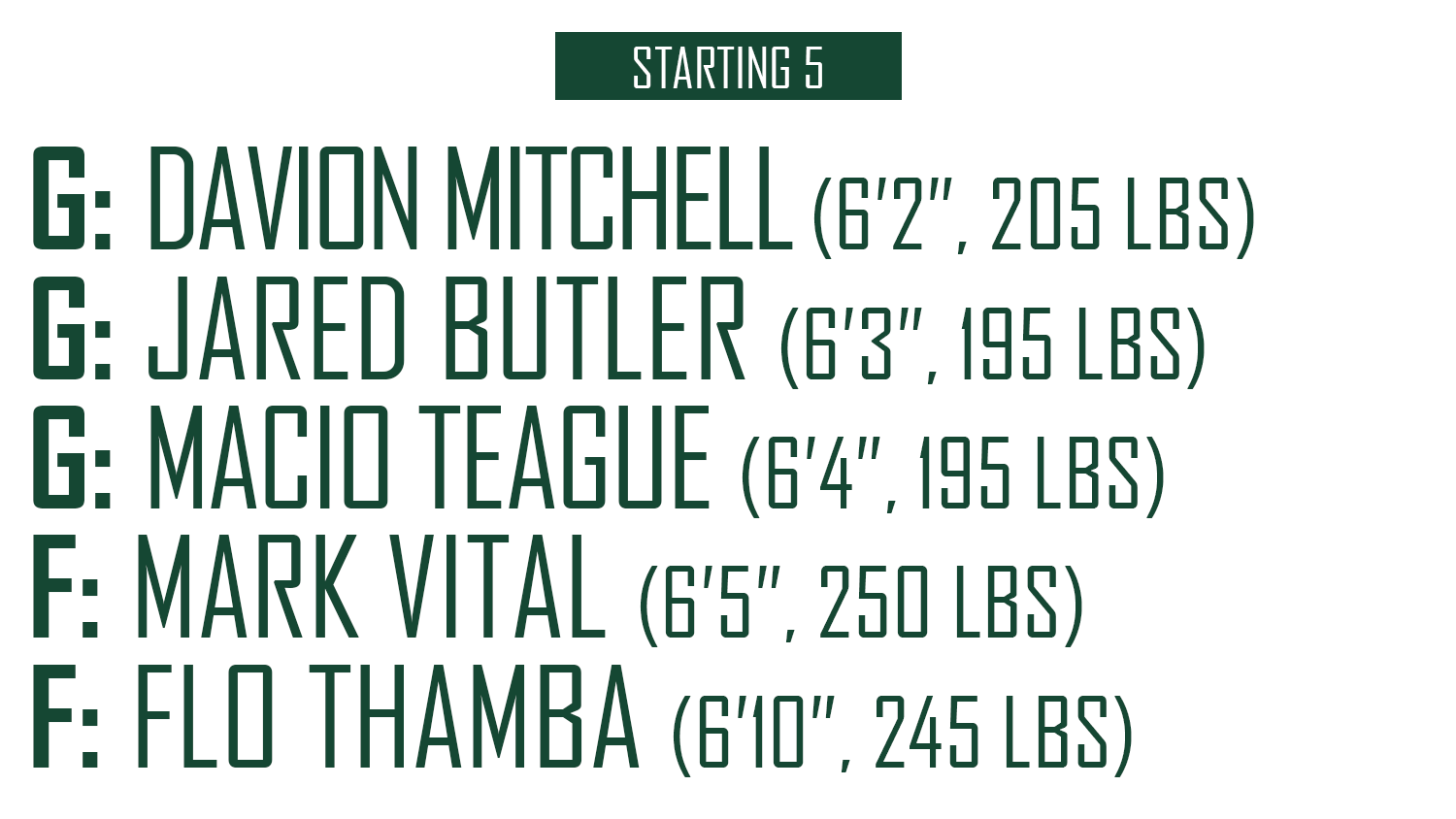 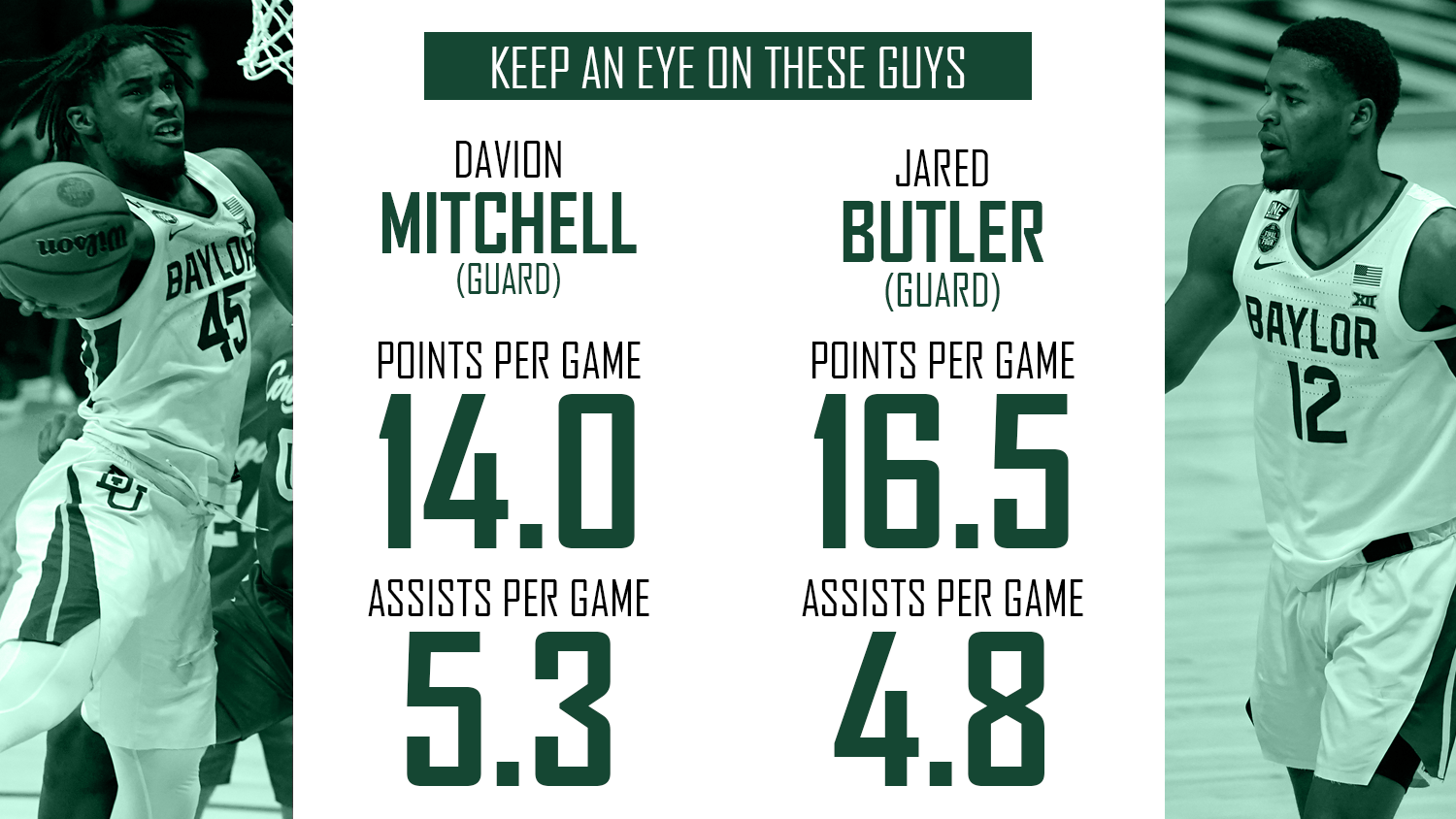 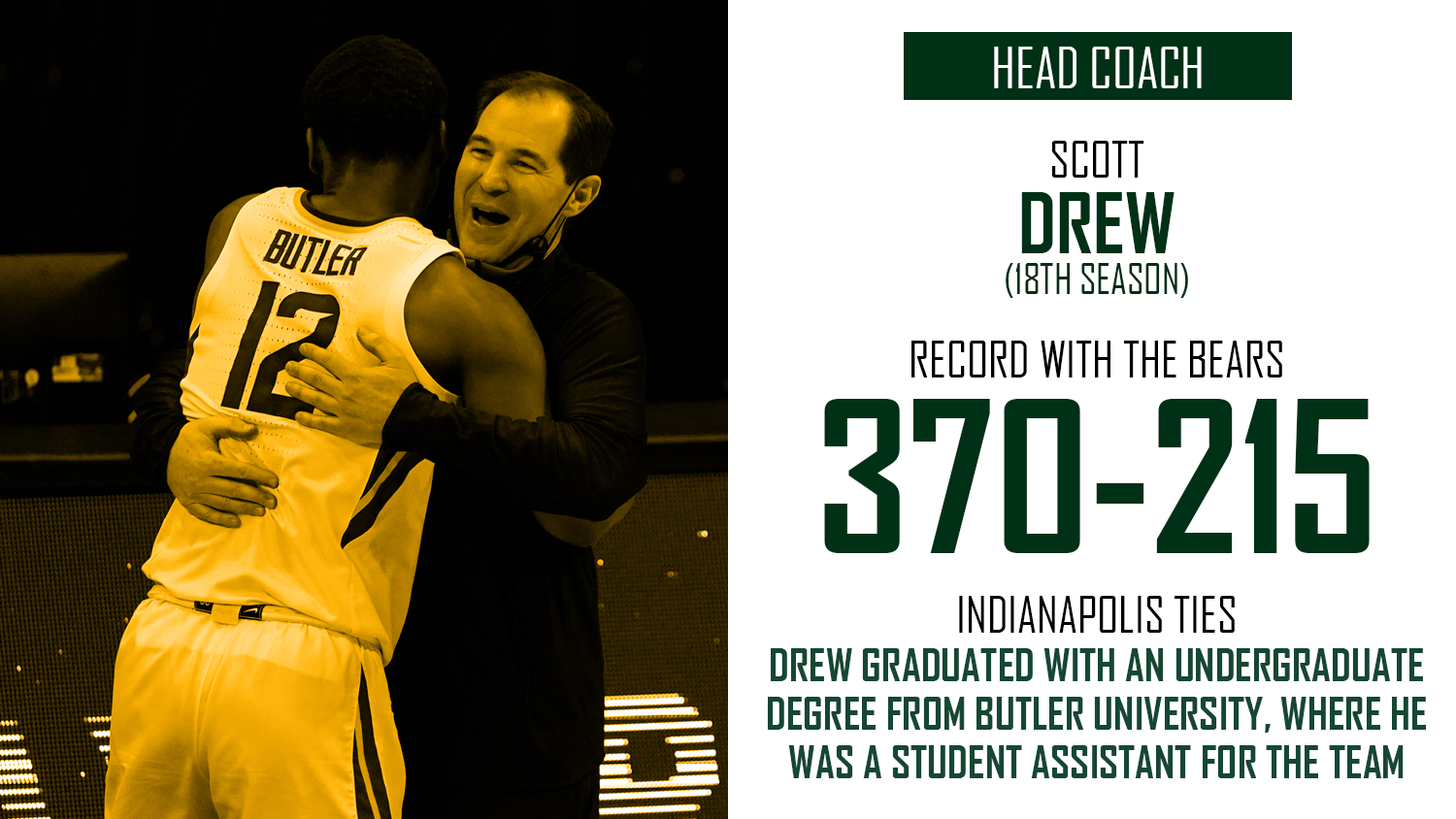 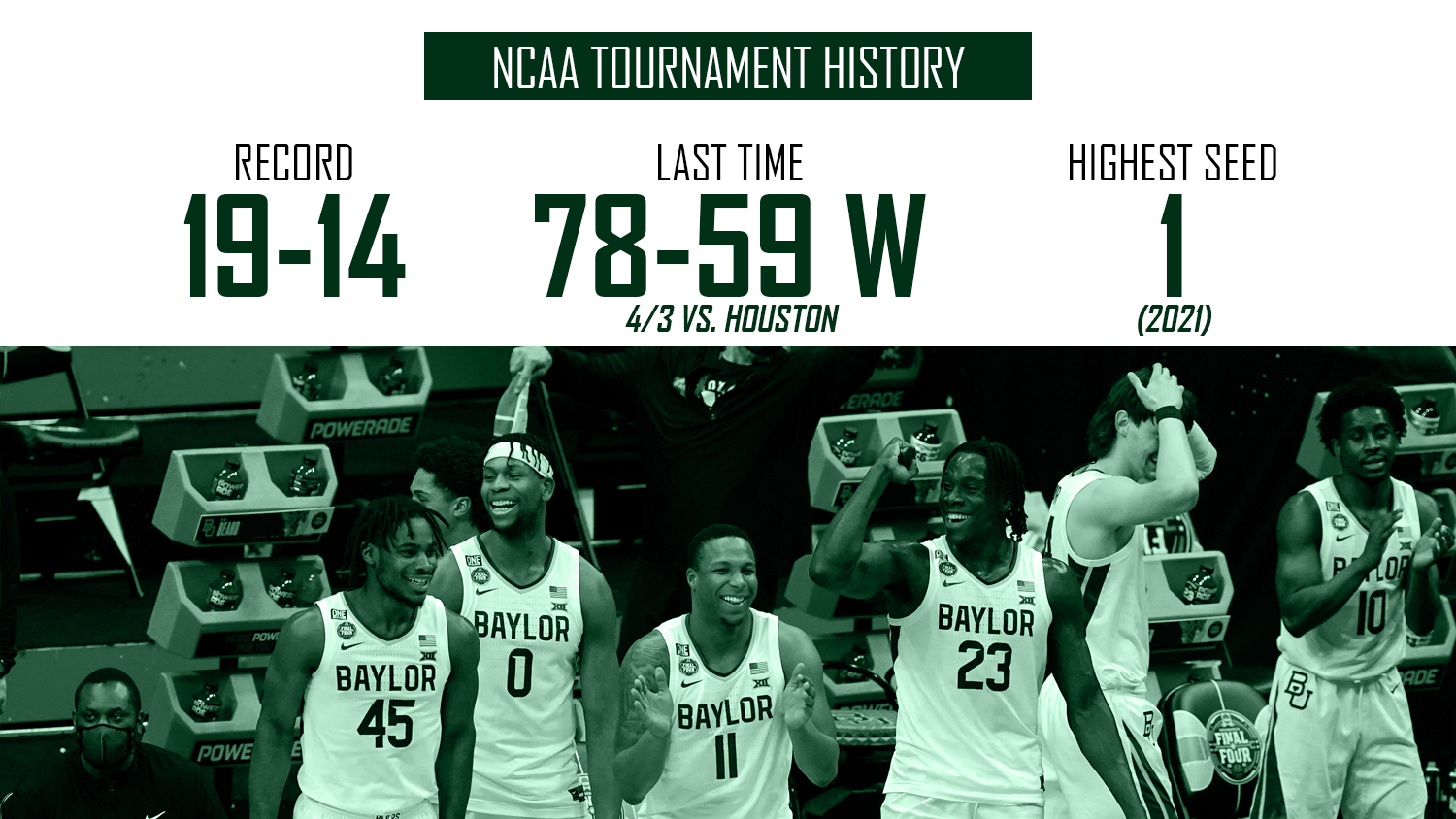 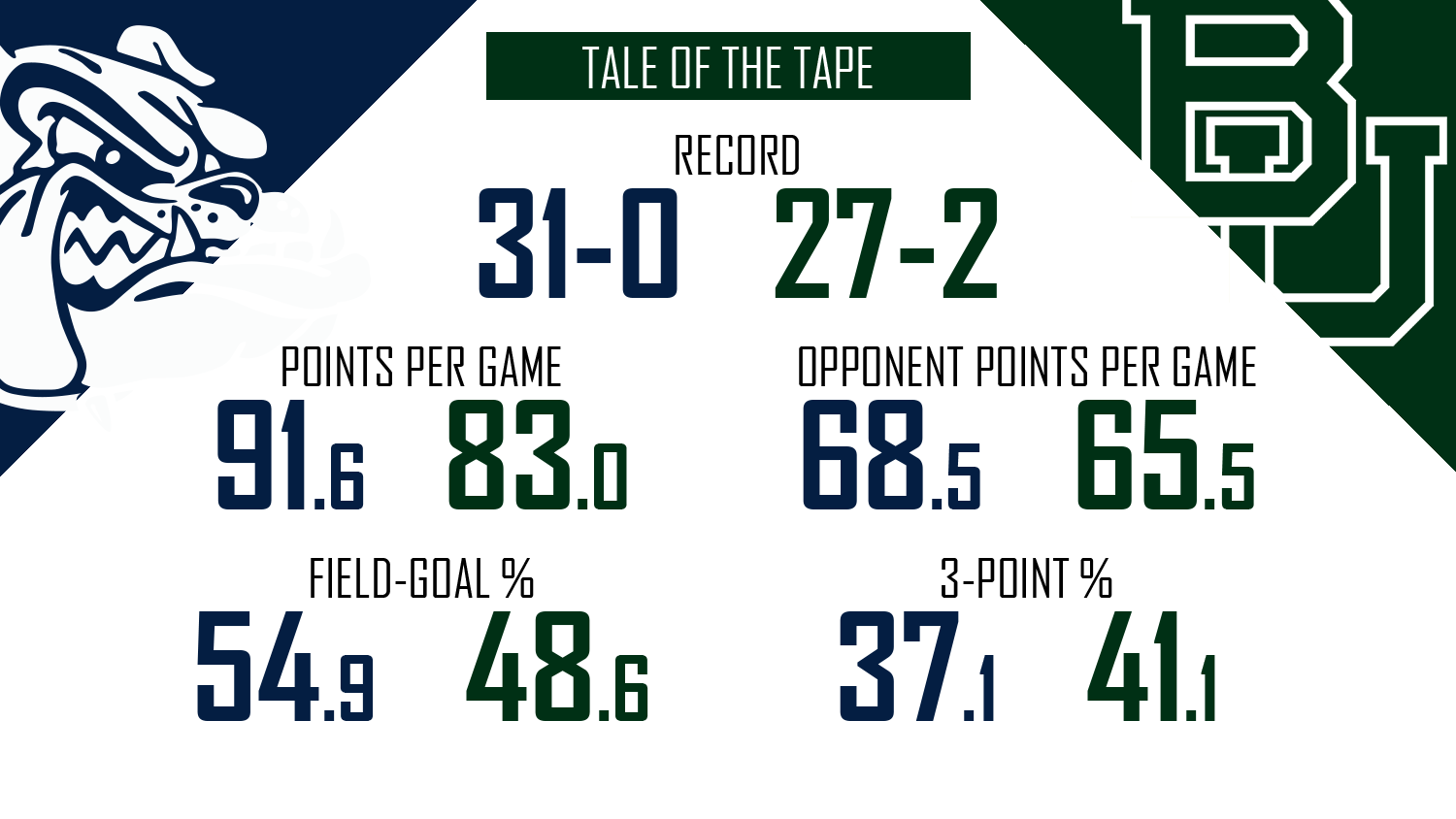