A GRIP ON SPORTS • Driving home to watch Gonzaga’s quest for perfection last night, I turned on 1510 and listened to Tom Hudson and Adam Morrison on the pregame show. At one point, Hudson did his usual interview with Tommy Lloyd in which the Zag assistant outlined Baylor’s offensive strengths. When Lloyd was done, I called a friend, a former GU player. Baylor is going to win big, I said.

• It’s not that Lloyd sounded worried. But when he highlighted how the Bears shoot 41 percent from beyond the arc – best in the nation – and combined that with a relentless attitude on the offensive glass – they averaged 10 more offensive rebounds than their opponents – it just seemed like a recipe for disaster for Gonzaga.

It was. More than even I imagined while driving down Glenrose. It was so bad, it seemed as if John Cena and Nicole Byer should have been describing it instead of Jim Nantz and gang.

Yes, it was a Wipeout, with a capital W. 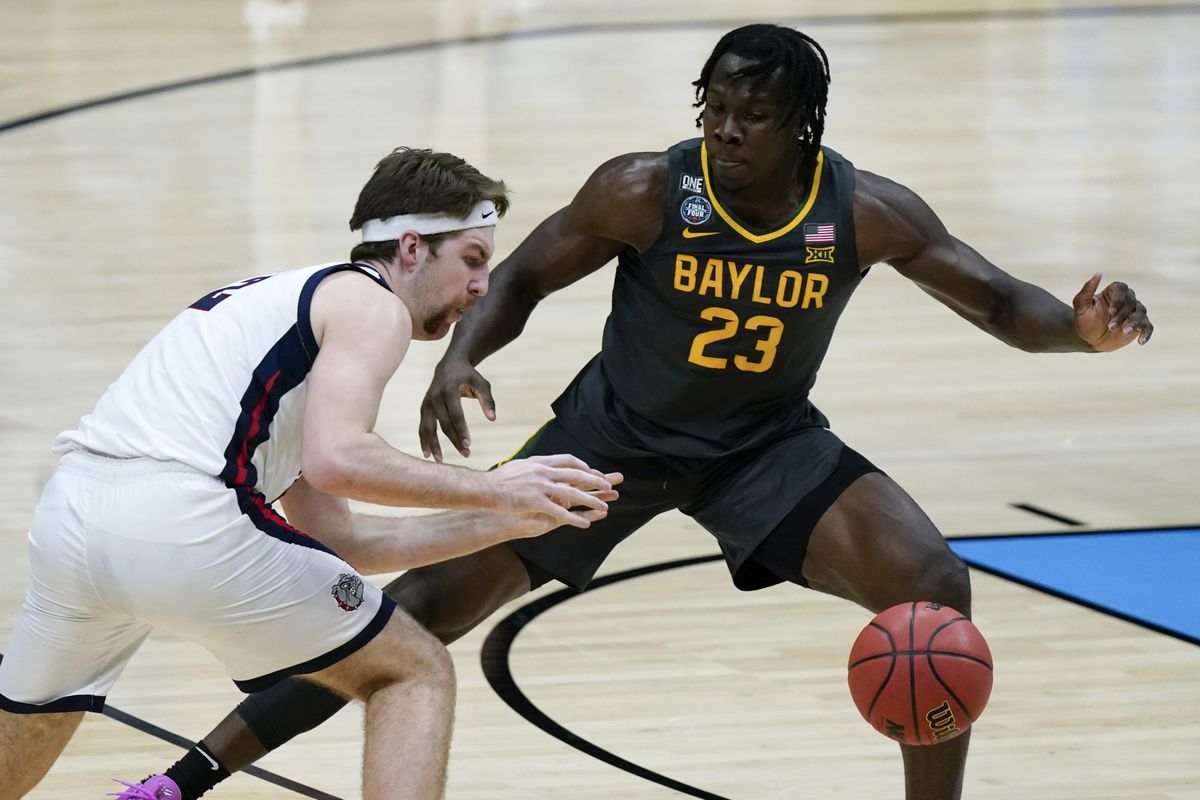 A surprising one, sure, but if we had looked closely, we might have seen it coming.

Let’s start on the side of the ball Lloyd highlighted in his pregame interview. The Bears took advantage of what seemed to be one of Gonzaga’s strengths by enticing the Zags to switch the middle ball screen.

Drew Timme’s man would set the screen, the GU center would switch onto a guard and good things happened for Baylor. Much of the year, Timme was more than adequate in that regard, but these Bear guards are a different type of cover, more grizzly than koala.

Baylor’s trio of Davion Mitchell, MaCio Teague and Jared Butler had their way with Timme, who was just asked to do too much. The Baylor guards either went by or stepped back for an open look. Either way, most times the outcome was in Baylor’s favor.

Plus, with Timme on the perimeter, the other four Bears, most notably Mark Vital, were free to attack the glass with impunity. They did, with Vital grabbing eight offensive rebounds on his own. Baylor finished with 16, which accounted for 16 second-chance points. That was the final margin, wasn’t it? 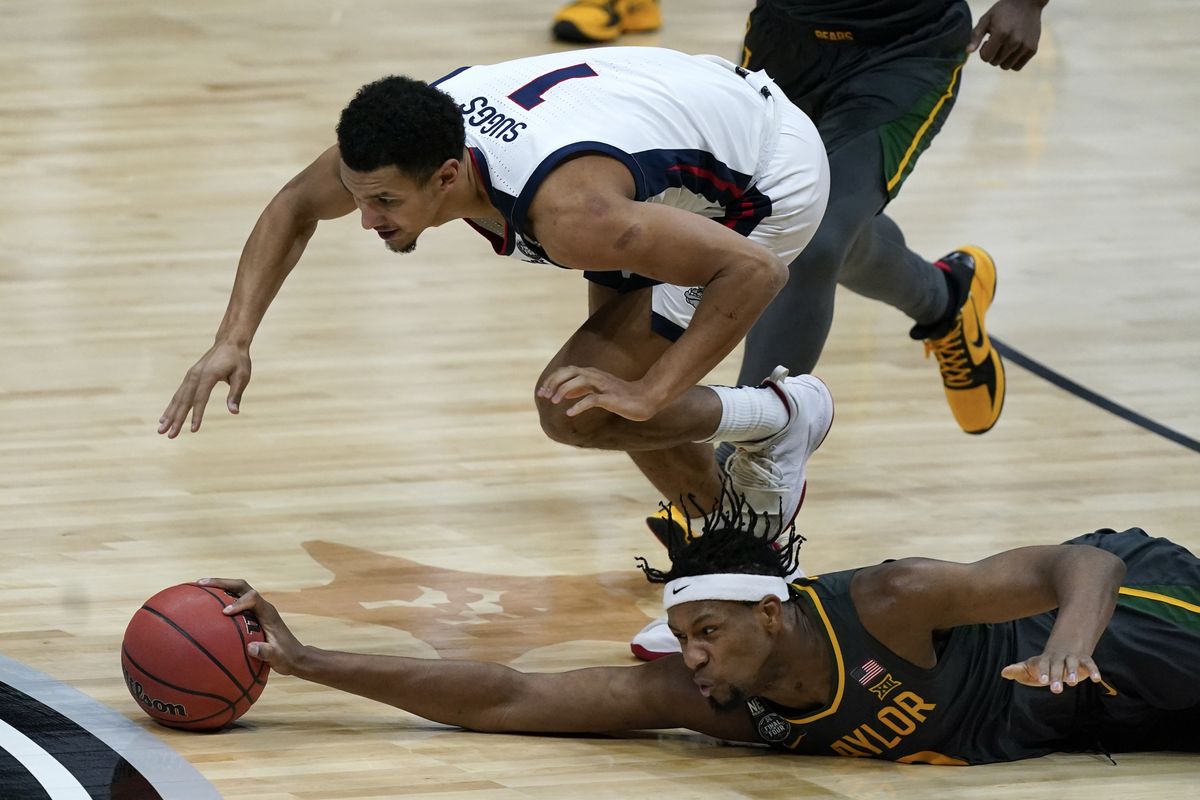 Maybe the Zags should have invested Timme with the same ball-screen plan they used to use with Kyle Wiltjer when they played Saint Mary’s. The Gaels would put the slow-footed Wiltjer in middle ball screens all the time until GU started using him to hug the screener, sending the guard underneath the screen and picking up man with the ball on the other side. That way no one had to worry about a roll man, there was less chance at penetration and everyone else could stay stretched to their man.

Sure, Butler or Teague may have just pulled up and launched, but they would have been doing it off the dribble instead of penetrating and kicking to a wide open teammate who had his feet set. It couldn’t have been any worse.

The same might be said about the Zags’ offense. If you look at the final box, you would see GU shot 51 percent from the field. Nothing wrong with that, you might think. But the numbers lie.

Mainly because the Zags never really played offense like they want to – downhill. The Bears wouldn’t let them. The swarming, attacking nature of BU’s defense forced at least 14 turnovers – 16 by my count, though of course I’m not official. Add in the offensive rebounds and Baylor took 18 more shots than Gonzaga. That’s hard to overcome.

Even more troublesome, though, was the Zags seemed to doubt themselves from the start. The Bears closed out so quickly on shooters, there were few open looks, even when a Bulldog overcame the ball pressure. The Zags attacked the aggressive close outs, as they should, but driving lanes closed faster than holes on I-90 at rush hour. Dribbles were contested. Passes? Tipped constantly. Stop and evaluate? The Bears swarmed, getting hands on the ball and, yes, arms, all the time.

Defensively, Baylor subscribes to the theory of foul volume. If one team fouls 50 times and the other 25, NCAA officials will probably end up calling 20 on both teams. The theory, which I first heard articulated by UNLV’s Jerry Tarkanian back in the early 1980s, only works if you have the depth to withstand the rare game in which the whistles closely follow the ratio of fouls. Baylor does. It didn’t need to last night.

It was the much-superior team. Yes, the Bulldogs looked slow. The Bears made them think too much, got them out of their comfort zone and controlled the action. That will make anyone look slow. The fatigue of Saturday night’s late, overtime, mental-drainer of a game also didn’t help. Neither did the slow start.

Maybe if the teams had played Dec. 5, Gonzaga would have been better prepared for what it was going to be hit with on April 5. They didn’t. And they weren’t. The Bears were just different last night. So were the Zags.

With that in mind, maybe the result was obvious. The road signs were missed. Turns out, they didn’t lead to perfection. They led to 31-1. 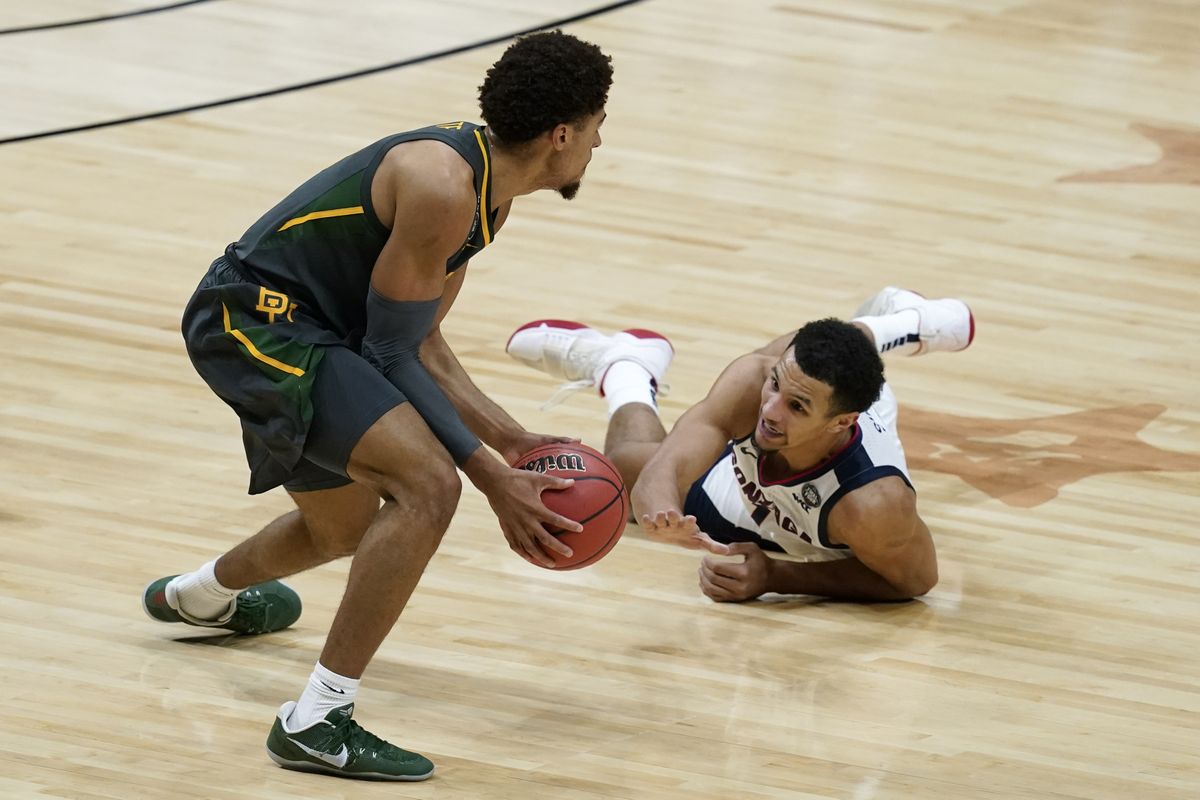 Gonzaga: We start, as always, with Jim Meehan and his stories. Before we link them, however, I just want you to understand how much work goes into beat writing. The stories and podcast and the like are akin to part of an iceberg seen by the passing luxury liner. The real work is done out of sight and it takes hours and hours and hours of effort to ensure nothing is missed. I’m sure Jim can’t wait to get home and put his feet up for a bit. And then change into his golf shoes. Anyway, he has his game analysis and his difference makers. … John Blanchette, as he has done from a time even before Mark Few stepped on the GU campus, has his column after the defeat. … Theo Lawson covered other aspects, including a story on the Baylor assistant most responsible for the game plan, a look at the all-tourney team and the news there is a book available for order. … There is the usual in-depth recap with highlights as well as a story on how former players reacted. … My TV Take was about as stellar as Gonzaga’s effort. Sorry. … There is a photo gallery from the game as well as one from Tyler Tjomsland from outside among the Gonzaga fans. … There are other stories focusing on GU from outside the area, from the Puget Sound to the Bay Area to Los Angeles to, well, all around the nation. The theme is similar. The Zags ran into a juggernaut. And they will be really good again next season, if the pieces come together. … There are also Baylor stories. … In an example of odd scheduling, the baseball team lost to Oregon State on Monday. 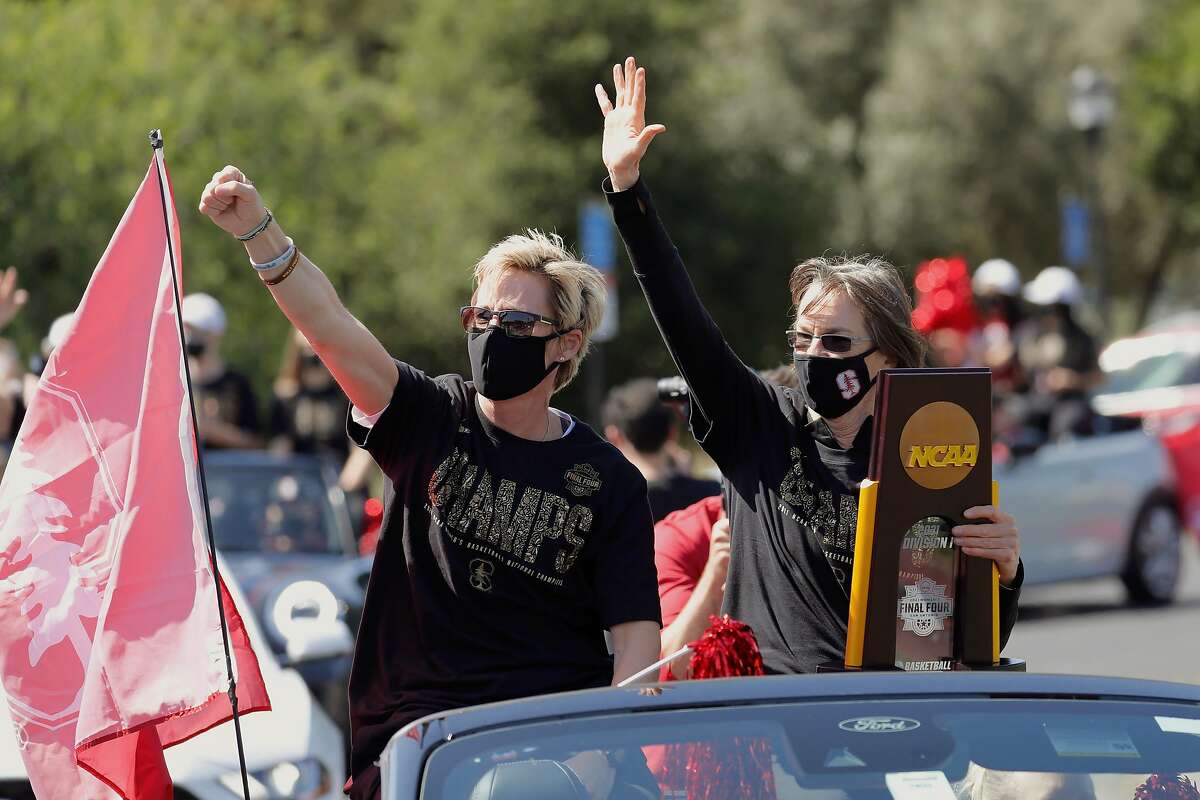 WSU: Around the Pac-12 and college basketball, Washington hired a new women’s basketball coach. … Oregon is losing a freshman point guard. … Wayne Tinkle has earned an extension. … New Utah coach Craig Smith seems to have enticed a player to return. … Colorado has a plan of succession. … The recent NCAA tourneys highlighted the organization’s lack of respect for the women. … Stanford held a championship parade on campus. … UCLA didn’t hold a parade, but Mick Cronin feels like a champion. … The future bodes well for the L.A. schools. … Arizona had one last shot against the Cardinal. Did the Wildcats take the right one? … In football news, Can Washington’s defense answer its questions? … Oregon is changing its defense and one of its pass rushers is changing his address. … One of the perks of spring football is all the position stories, like this one from Colorado. … The spring is time to answer questions for Oregon State.

Mariners: The White Sox are one of the American League favorites. The M’s aren’t. Maybe that explains the 6-0 Chicago win. … James Paxton will start tonight.

Sounders: Health officials give Seattle the OK to have some fans at matches. Now it’s up to the governor.

• We had a bit of trouble this morning accessing some of the S-R’s stories. We don’t know why, but we figured out a work-around. Hopefully, our efforts will allow you to see everything you want. If you want anything at all after what transpired Monday night. Until later …