HELSINKI – Despite heavy seas, a joint Norwegian-Dutch salvage operation managed to safely tow to land Thursday an abandoned Dutch cargo ship that had been adrift off the coast of Norway.

The Eemslift Hendrika, a Netherlands-registered ship designed to carry large boats, securely docked in port late in the afternoon in the western city of Alesund.

“It’s a happy ending to an event. We are always happy when things go well, so it’s a good feeling,” said Captain Sverre Aas from the Norwegian Coast Guard, as quoted by the Norwegian public broadcaster NRK. 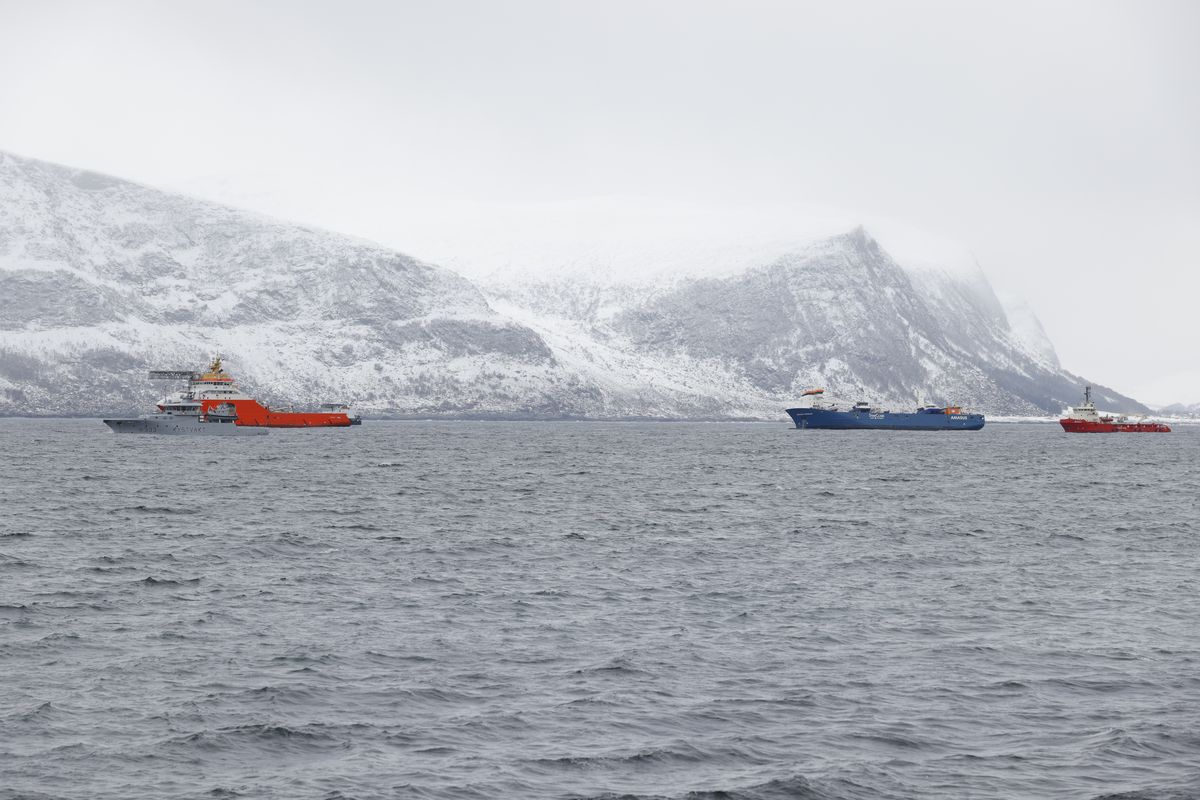 The Dutch cargo ship Eemslift Hendrika, second from right, is guided to land at Alesund, Norway, Thursday, April 8, 2021. Despite heavy seas, a joint Norwegian-Dutch salvage operation has managed to get the abandoned Dutch cargo ship under control off the coast of Norway and towing it to port. (Associated Press)

The Norwegian Coast Guard posted photos on Twitter on the moored Eemslift Hendrika in Alesund.

The ship’s crew of 12 was rescued by helicopter late Monday after a power outage in its main engine. The Norwegian Coastal Administration, based in Alesund, launched salvage operation late Wednesday as it became clear that churning seas could make the drifting ship crash into the shore.

The vessel has substantial quantities of diesel and fuel in its tanks, which could have caused an environmental disaster. Norwegian maritime authorities issued an emergency alert late Wednesday and started preparations in case of an oil spill.

The Eemslift Hendrika was adrift in the area where the North Sea and Norwegian Sea meet. Salvage experts were lowered onto the sharply listing ship Wednesday to attach towing ropes to waiting tug boats.

One large boat aboard the deck of the 6-year-old cargo ship fell off in heavy seas Tuesday but was found by the Norwegian Coast Guard and secured to another tug boat.