A GRIP ON SPORTS • Is Mark Few going to look down his bench early next season and wonder where everyone went? Yes and no.

• The roster of players is going to be a bit different, that’s for sure. It already is. And we knew it was coming. After all, Jalen Suggs was ticketed for just one year coming in and the Zags already had a succession plan in place. Plus, Corey Kispert has done his full time in Spokane and, after all the accolades and improvement, should have improved his NBA draft status after coming back for a somewhat surprising season. Reserve center Pavel Zakharov reportedly entered the transfer portal Thursday.

But there will be more. 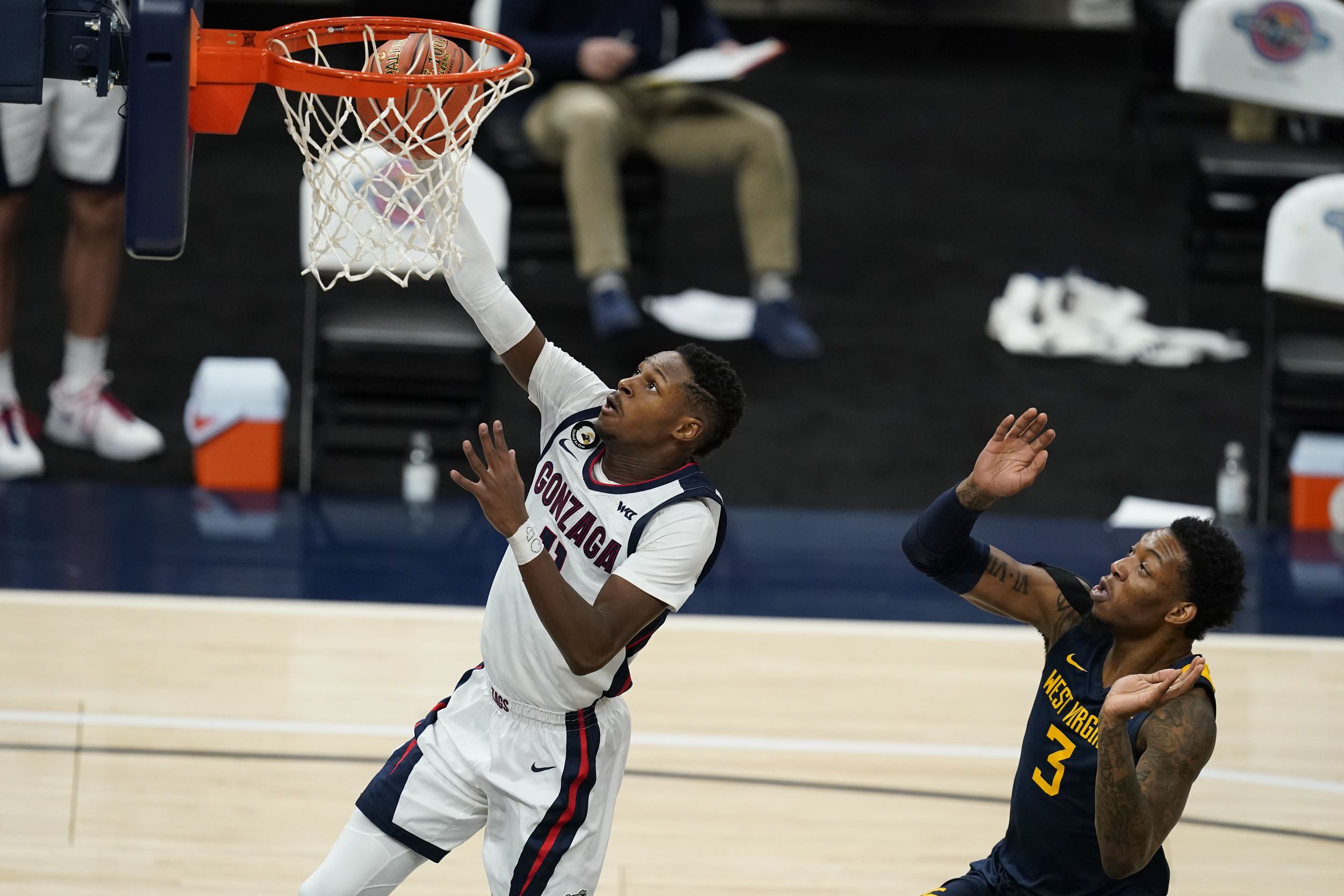 Joel Ayayi won’t be back after announcing Friday he’s hiring an agent and moving on to the professional ranks. The junior guard went from part-time contributor to key player over the course of the past calendar year, not only starting but making important impacts in multiple games. His defense, rebounding and scoring will be missed.

The key player is Drew Timme. It won’t come as much of a surprise if the sophomore center decides to test the NBA waters. After all, with the way the rules are set up, it would be a disservice for any player of his abilities not to examine those options. If he’s told he still has items to check off his to-do list before making the plunge, he’ll be back. If not, good for him.

But none of those players would make a bigger impact around McCarthey than losing assistant coach Tommy Lloyd. Or a bigger impact in the fabric of the basketball community in Spokane.

Lloyd is a Washington lifer. He grew up in the state. He played college basketball on this side of the Cascades. He taught middle school in Spokane before catching on at the lowest ranks of the Gonzaga coaching staff. He worked his way up the ladder, finding a niche (international recruiting) and becoming so good at it, everyone around the nation was playing catch up.

A few years back Mike Roth and Few chose him to fill the head-coach-in-waiting role, sort of like being the Prince of Wales without the jewels, though the home Lloyd and wife Chanelle built in the Glenrose area is somewhat akin to a miniature Windsor Castle.

One of my favorite pastimes during Gonzaga games is waiting for Lloyd to rise from his chair next to Few and walk down to the end of the bench. He does it often, probably to keep himself from saying something those officiating the game would feel was unkind. Or just to make sure he hits his step count.

Over the years Lloyd has been accessible to many in the local basketball community, as his children grew up here and participated in the positives aspects Hooptown USA has to offer in that regard. It’s hard to measure his impact but it’s considerable.

Now, it seems, the University of Arizona has discovered Lloyd. And is wooing him to Tucson. Not as an assistant but as the guy to continue the Wildcat legacy. It’s a daunting task. Probably an intriguing one. Plus there will be plenty of money involved.

If the school offers – and there have been rumors for a couple weeks it has been offered – then it will be hard for Lloyd to say no. We understand that. Still, we hope he does.

After all, when has the Prince of Wales decided to become the King of Romania for goodness sakes? It doesn’t seem right. And the Gonzaga bench won’t seem right without Tommy Lloyd. 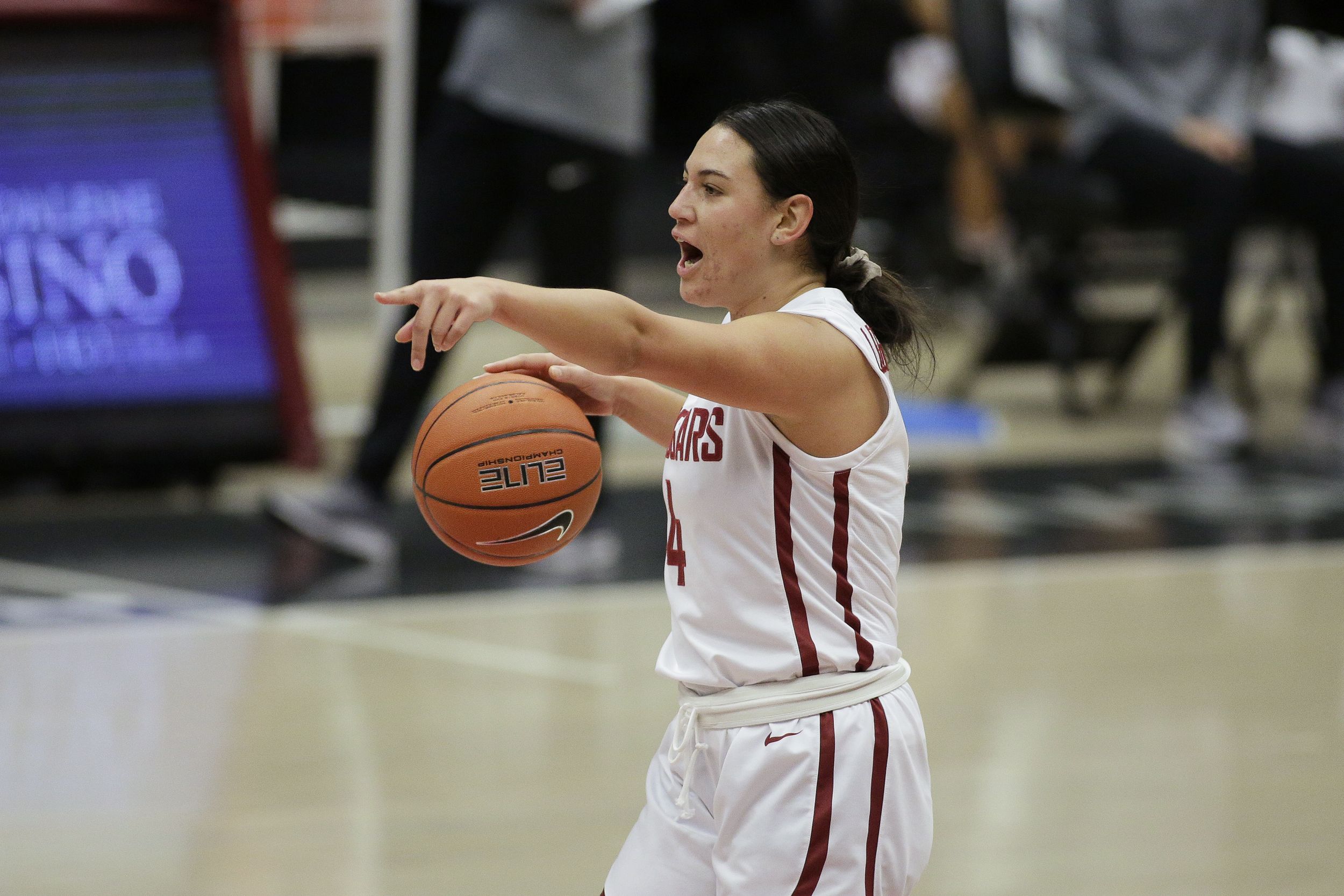 WSU: There was good news on the roster front yesterday for Washington State. Senior guard Krystal Leger-Walker announced she’s coming back for another year. Theo Lawson has more in this story. … The soccer team handled Oregon State. … Elsewhere in the Pac-12, Jon Wilner has some answers even if you didn’t ask the questions. … Washington was back at spring practice Friday. The run defense was a focus. … There are some questions to answer around Oregon State. … Colorado held a scrimmage and the defense shined. … Utah expects to be strong at linebacker.

Gonzaga: We covered the Ayayi news above, but not to depth Jim Meehan does in this S-R story. No one does. … Nor does anyone have more on Lloyd and the wooing from Arizona. … What is Arizona thinking? Veteran columnist Greg Hansen delves into that from Tucson. … Larry Weir spoke with Tom Hudson yesterday for the latest Press Box podcast.

Idaho: If the Vandals are going to win their second game this season against Eastern, Peter Harriman tells us Hayden Hatten will have to play another big role. … Around the Big Sky, Weber State can clinch a perfect regular season today with a win over Idaho State. … Montana is playing a game today against Central Washington. 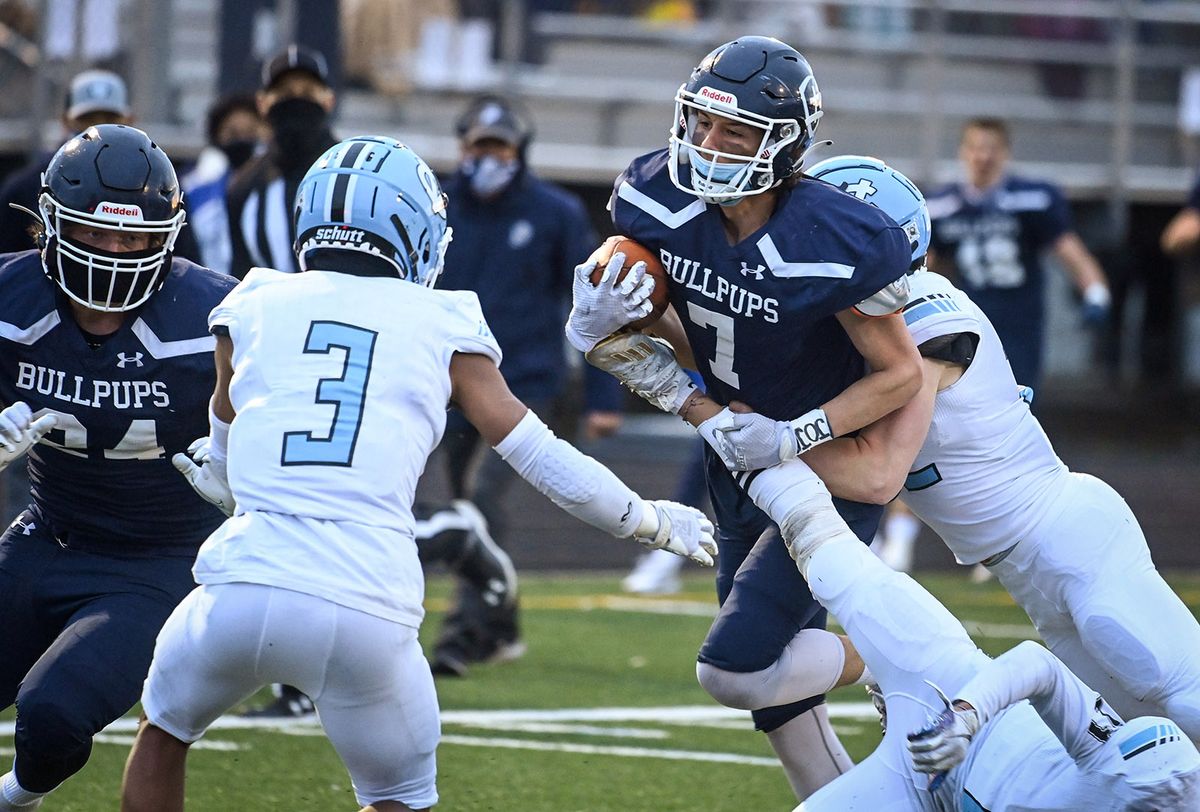 Preps: The final night of Washington high school football didn’t disappoint, as Gonzaga Prep outlasted Central Valley and finished the season undefeated. Dave Nichols was in attendance and has this game story. … Dave also has a roundup of other local action.

Chiefs: Make it two consecutive victories for Spokane. Kevin Dudley explains how the Chiefs were able to defeat visiting Portland 3-1 despite being outshot by 15.

Golf: Justin Rose continued to lead after two rounds of the Masters, though he started slowly Friday. … The cut wasn’t kind to some big names, including defending champion Dustin Johnson. … Tony Finau is looking for his first major win.

Mariners: Don’t expect Jarred Kelenic to come riding in on his big old horse and save the day. Not yet, anyway.

Seahawks: Cornerback depth is an issue. The Hawks are trying to address it.

• Is it Saturday morning already? The 10th of April? My word. Before you know it, we’ll be in May. And, by rule (my own, actually), I have to wear shorts every day. I’m kind of looking forward to it. Until later …