A GRIP ON SPORTS • A surprise winner at Augusta National. A surprise comeback in Minnesota. A surprising Sunday? That’s a good thing.

• The last two Masters have been a little anticlimactic. Then again, anything since Tiger Woods’ win in 2019 probably would have seemed that way. But why did everything have to conspire to make it a certainty?

First you have COVID-19’s intervention last April, pushing the tournament off into the fall. Mid-fall, actually, when the course is soft, the grass thick and the scores low. 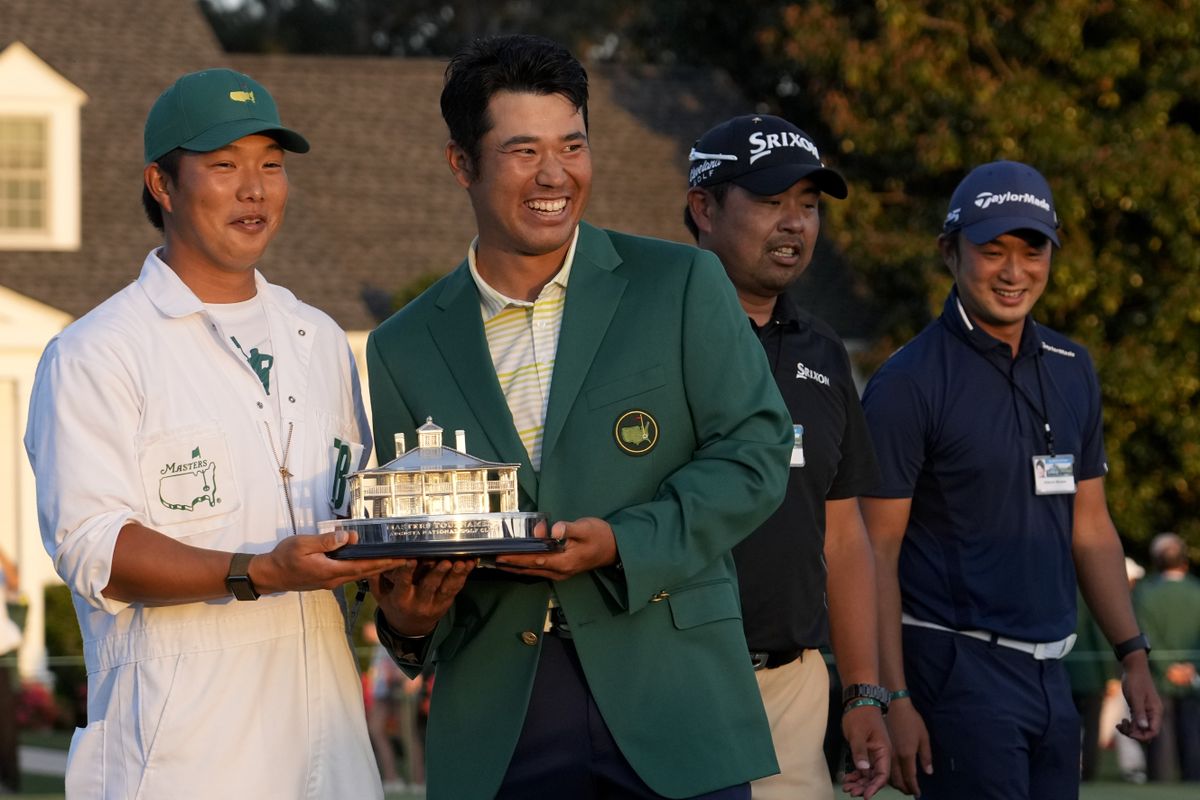 Well, one player’s score. Dustin Johnson shot a 65 on Thursday, a 70 on Friday, another 65 on Saturday and cruised to a five-stroke win with a 68 Sunday. It added up to a tournament-record 268, 20 under par.

Heck, Brooks Koepka, he of four major titles, was 10 under par and didn’t even finish in sight of Johnson.

That score would have put him in a playoff yesterday. If anyone asks how different Augusta plays in the spring and fall, point that out. The survivor of Sunday’s tougher conditions? That would be Hideki Matsuyama, the first male from Japan to win a major golf tournament. And he did it without much in the way of drama.

Oh, sure, he overcooked his second shot on 15 and ran it over the green and in the water. But the ensuing bogey, and Xander Schauffele’s birdie, only cut his lead in half – from four to two strokes.

Besides, Schauffele’s next full swing resulted in ripples on the pond next to the 16th green and a tension-destroying triple bogey.

Matsuyama put on his green jacket without much in the way of stress. But fanfare? There was a lot of that. Japan is a country with a large base of avid golfers. It has, however, never had a male golfer win a major before. Now it has. And it is the one everyone expected 10 years ago when Matsuyama was the low amateur at Augusta.

• Speaking of celebrations, the Mariners better have held one Sunday in Minneapolis. After all, there aren’t many times when a major league club trails 6-0 after five innings and wins.

That was what happened to Seattle yesterday. And as could be expected, it was the M’s veteran third baseman, Kyle Seager, who led the charge.

Seager hit two home runs, including what proved to be the game-winner in the top of the ninth. That three-run blast may not have been as uplifting, however, as the solo home run that began the rally in the sixth. The latter gave the M’s life and when Taylor Trammell followed with a three-run home run of his own that inning, the M’s were back in the game.

The comeback? Manager Scott Servais wasn’t around the see it completed. He was ejected after a bench warning in the seventh inning. Both benches emptied after reliever Will Vest plunked the Twins’ Byron Buxton in the shoulder with what Servais said was a changeup.

Two innings later, Seager completed the M’s change from trailing to leading. And they left Minnesota with an improbable – dare we say surprising? – victory. 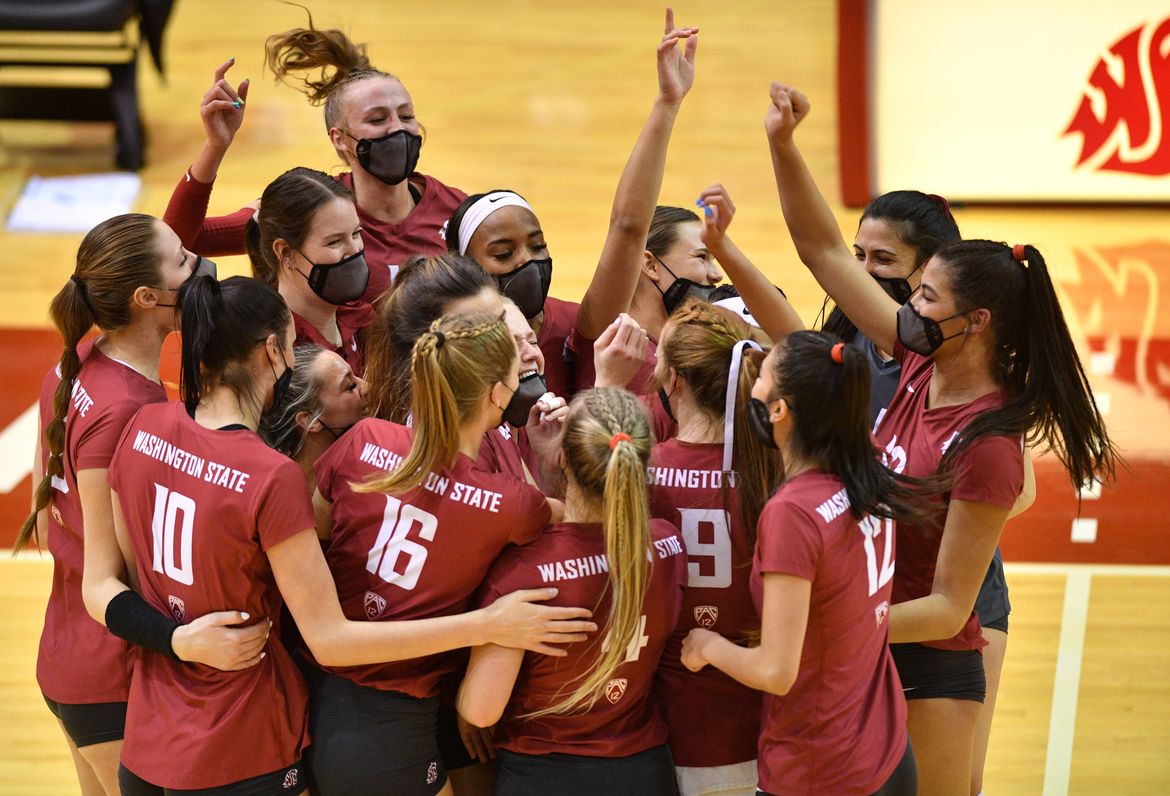 WSU: It’s a different time of year but the result is the same. Washington State is playing the NCAA volleyball tournament. Jen Greeny’s team is making their fifth consecutive appearance, though the first in the bubble-like championship set for this year. Jim Meehan has a preview of the Cougars’ tourney trip. … Elsewhere in the Pac-12, Washington picked up a coveted receiver from the portal. … Utah is happy with the improvement at receiver and defensive back. … In basketball news, Oregon guard Taylor Chavez is headed to Arizona. Will the women be as cutthroat about intra-conference transfers as the men are with football? … A Washington player who is leaving had some things to say. … Utah has attracted a transfer from UNLV. … Speaking of transfers, here are two opposing visions of the freedom athletes are currently enjoying. … Whenever Arizona settles on a new coach, the contract will be something different than it appears. 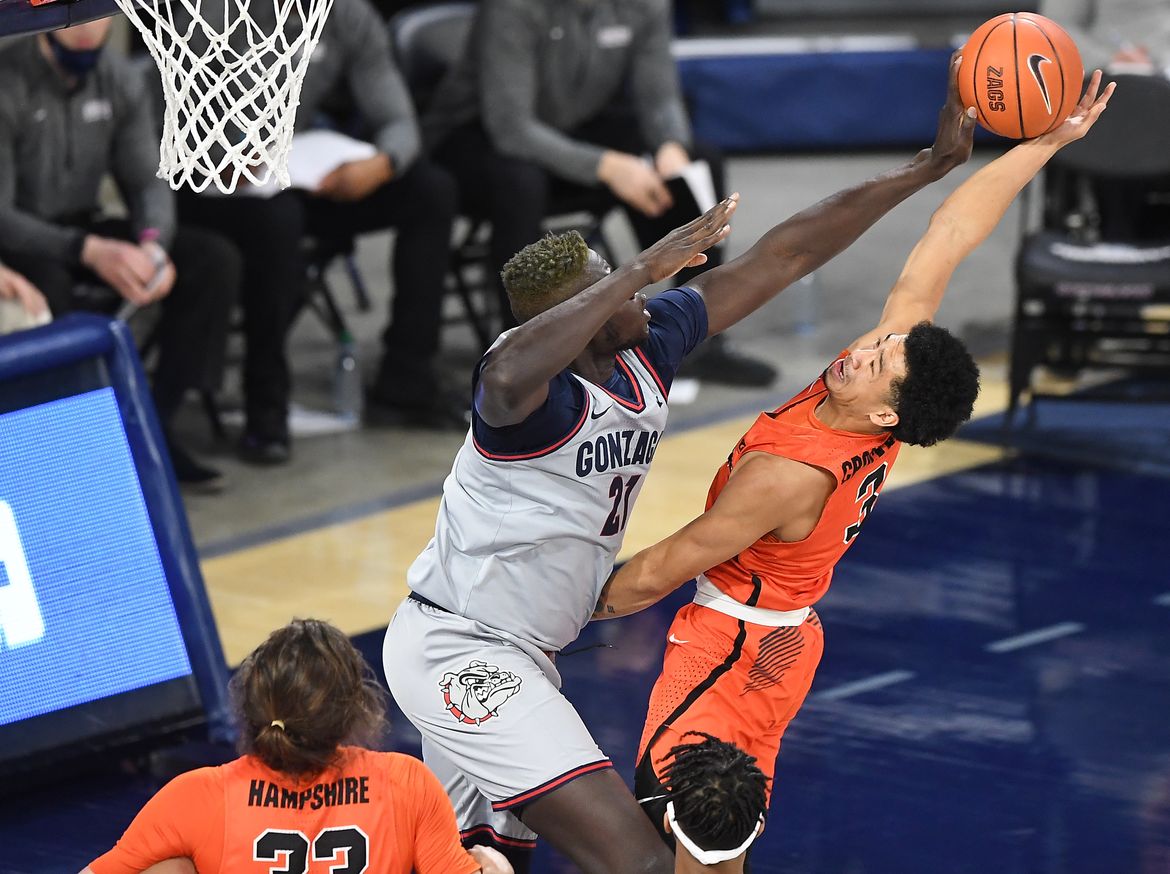 Gonzaga: The saga of Arizona is still ongoing and the Zags’ top assistant, Tommy Lloyd, remains involved in it. Jim Meehan summarizes what has happened recently in this story. … Another of Lloyd’s international recruits, center Oumar Ballo, is in the transfer portal. Jim has that story as well. … A Gonzaga baseball player is a finalist for a prestigious award. That news leads off our weekly local briefs. … Finally, don’t miss this story. It’s about Bert Smith, the referee who collapsed during the USC game.

Golf: Matsuyama is a quiet guy who just goes about his business. Yesterday, that business included acquiring a green jacket.

Mariners: Two the M’s starting pitchers are in the spotlight this morning. Yusei Kikuchi and Justin Dunn continue to show glimpses of what their best could mean to the Mariners. … Let’s take a look back at the M’s past week.

Seahawks: The draft is inching closer, which means we can pass along another mock for the Hawks. … Expect Seattle to trade for more choices.

• It’s not going to be overly warm in the Inland Northwest today. No matter. The sun is shining, the birds are chirping and the son made a tee time in the woods. We’re going to head out for our first round of golf together in 2021. Yep, it’s April 12. Kim’s birthday. And her grown son makes a golf time for himself and his dad. What a sacrifice. And talk about a present. He gets her two biggest headaches out of the house at once and ensures she has a day of solitude. How does she take advantage? She heads into the office. Darn work ethic. Well, our hearts were in the right places. And the thought should be enough of a gift, right? Until later …