A fire at an abandoned church near Kehoe park was quickly doused by firefighters Tuesday afternoon.

Firefighters were dispatched to the former Your Place Outreach Center at 2902 E Olympic Ave. just after 1 p.m.

“When we pulled out, there was so much smoke you couldn’t see the church,” said Darren Neiwert, battalion chief with the Spokane Fire Department.

Crews quickly realized the fire was mainly on the outside of the building, originating from a makeshift closet under the entrance walkway, Neiwert said. 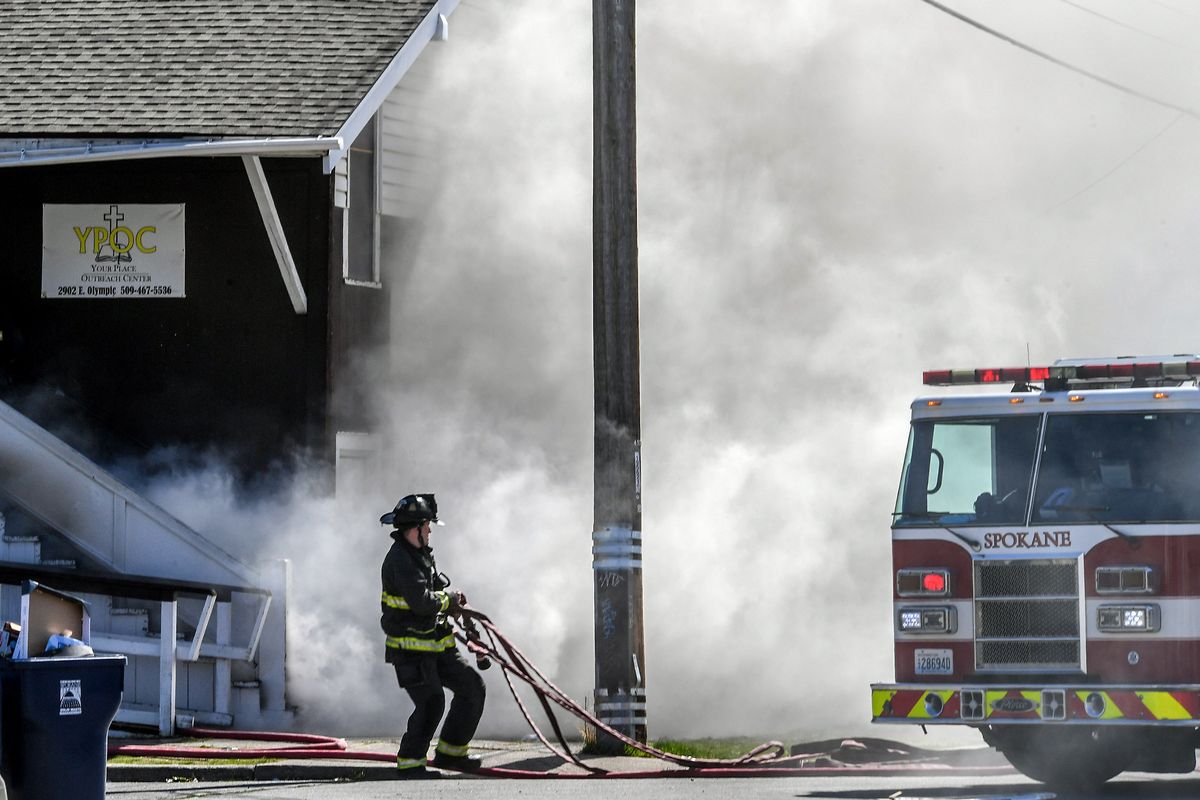 A firefighter pulls a hose as smoke billows from the front entrance area of the Your Place Outreach Center at the corner of Regal Street and Olympic Avenue, Tuesday, April 13, 2021, in Spokane. (DAN PELLE/THE SPOKESMAN-REVIEW)

They were able to get the flames under control in 10 minutes, Neiwert said.

The fire was likely caused by a squatter taking shelter under the stairs. No one was injured during the incident, and Neiwert estimated the damage at less than $10,000.

The Spokane Fire Department will continue to investigate the fire.

As fire crews continued cleaning up, neighbors came out to watch them work and ask what happened. One woman even brought five young children to watch the firefighters .

It wasn’t long before Spokane Firefighter Jon Treffry was giving the small children a tour, something he has missed doing since the COVID-19 pandemic began.

The longtime firefighter took the kids around the truck, showing them his gear, the hoses and telling them what to do if a fire were to break out at their house.

The kids giggled and asked about the hoses, gloves and fire truck, all while Treffry explained what each piece of gear does. By the time he was done with the tour, most of the cleanup of the fire was completed and the neighborhood returned to normal.