A GRIP ON SPORTS • Bloomsday wasn’t in May last year. It wasn’t even in the spring, held virtually in September thanks to the coronavirus pandemic. This year it will combine the virtual nature of last year with the usual timeline of spring to give us a hybrid event. That’s how you make lemonade out of the year’s many lemons.

• I’m about 99.9 percent sure you can’t grow lemons anywhere near Spokane. The citrus zone ties its way around the earth like an oversized belt, but there is no way it extends all the way to our northern climes. Too bad. Nothing is better than fresh-squeezed lemonade on a hot summer’s day. Or spring day, either.

We’re going to have some of those in the near future. This part of the world is awakening again, as the temps slowly rise into the 70s and the sun continues its slow rise in the sky. Which bring us lemons and lemonade, we hope, even in the sporting world. 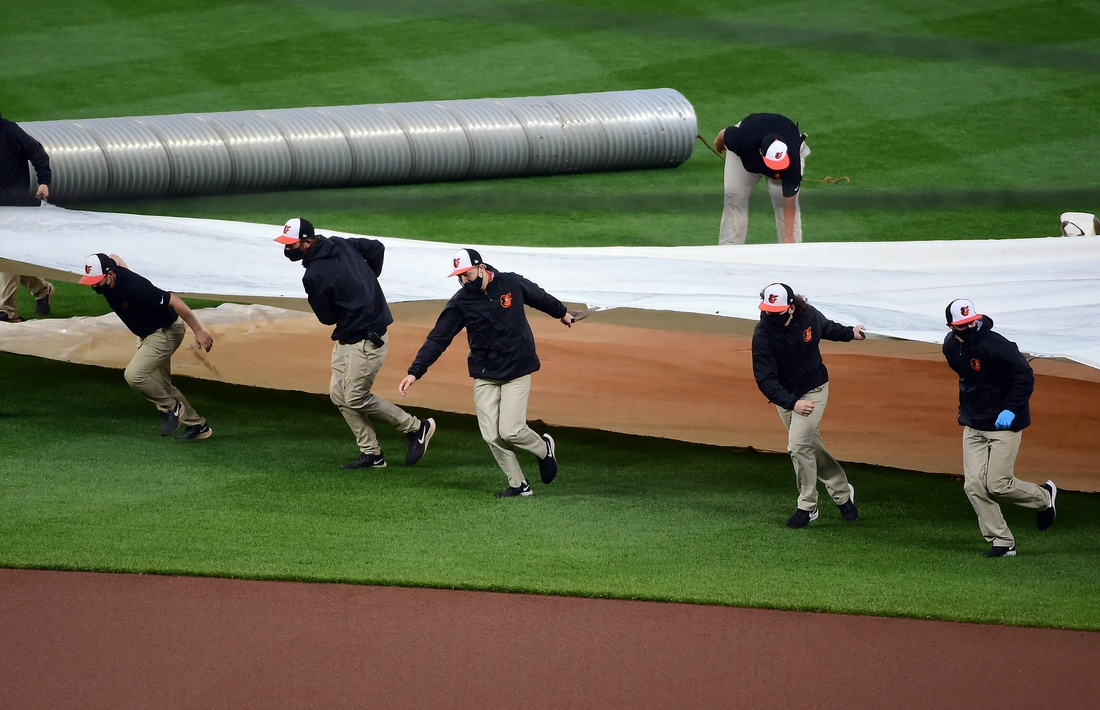 Lemons: The M’s were rained out in Baltimore yesterday. Lemonade: There is a doubleheader today, though calling it a “traditional” doubleheader, as the P.R. department did, is stretching it a bit. Two seven-inning games are not “traditional” in any sense of the word. Maybe at the high school level, but not in the big leagues.

Lemons: A fall football season corrupted by the insidious virus. Lemonade: Spring football. Our Spokane-area high schools got through it, so did the Big Sky Conference and a handful of other FCS leagues. Now comes the reward. Playoffs.

Lemons: Waiting for the FCS selection committee to make its at-large picks. Lemonade: Eastern Washington football coach Aaron Best pointing out an official’s mistake in the Idaho opener, as acknowledged by the Big Sky, may have cost his team the conference’s at-large berth. I’ll go further. It changed the outcome. The Eagles should be 6-0 and getting ready to host.

Lemons: Spring sports in Spokane in a COVID-19 year. Lemonade: By pushing the start of competitions back until mid-April, there is a good chance most of the spring track meets, baseball and softball games as well as soccer, tennis and golf matches will be played in decent to spectacular weather. No sitting outside in 16 jackets waiting for a rainsquall to blow over. Or for the hail to melt. The worst of spring’s weather is behind us.

Lemons: Whitman County was forced back a level in Washington’s re-opening plan yesterday. Lemonade: Even under phase two guidelines, the Cougars should be able to allow a limited number of spectators at their final spring football scrimmage. Whether that will happen, however, is still undetermined. With so many of Whitman County’s cases coming from the Washington State student body, probably not.

Lemons: Sean Miller was finally shown the door at Arizona. More lemons: The school waited for weeks after the season to make the decision. Even more lemons: They let Miller go without a coherent strategy to replace him, despite the long lag between the end of the season and pulling the trigger. And the months since the NCAA released its allegations of rule-breaking. Lemonade: Sorry, this search has been so bungled – some of the collateral damage has been felt in Spokane, with Gonzaga’s Tommy Lloyd caught in the maelstrom – the pitcher is dry.

Lemons: Early April in the Inland Northwest. Lemonade: This week. My Weather Channel app tells me the high temperature – expected to be 54 today in Spokane – will rise every day this week, reaching 74 by Sunday. The sun should be shining. Perfect. 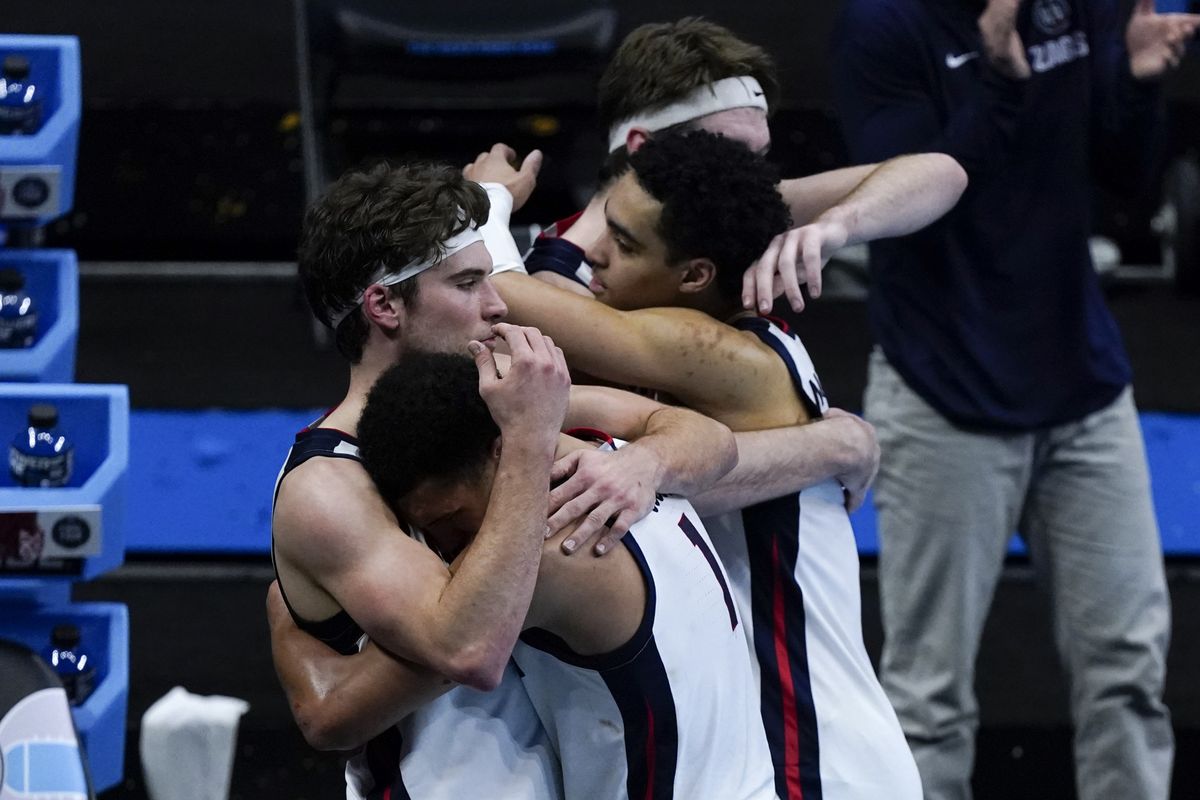 Gonzaga: This year’s Bulldog team is one of the best the West has produced in the past 40 or so years. At least according to Jon Wilner. … Our Jim Meehan talked about the Zags with Larry Weir on Monday. It’s the centerpiece of the latest Press Box podcast. … The Gonzaga volleyball team earned many West Coast Conference honors. That’s part of another column of local briefs. … With college basketball over this spring, we can pause. But not too long. Let’s look ahead.

WSU: Around the Pac-12, the Pac-12 Networks have fewer people working for it. And so there could be more money for the schools in the near future. … Washington held its fourth spring practice Monday. The Huskies are starting to answer some questions. … Spring football is rolling along at Colorado. … Oregon has more experience on its defensive staff. … USC will have fans at its spring game. … So will UCLA but the number will be limited. … In basketball news, Oregon had a size deficit last season. Not anymore. … The conference landscape is changing. … USC received some good roster news yesterday. … So who will get the Arizona job? And how much will it pay? … Finally, don’t miss this John Canzano column about Oregon’s president, Michael Schill. He seems like a good choice to lead the search for a new conference commissioner. 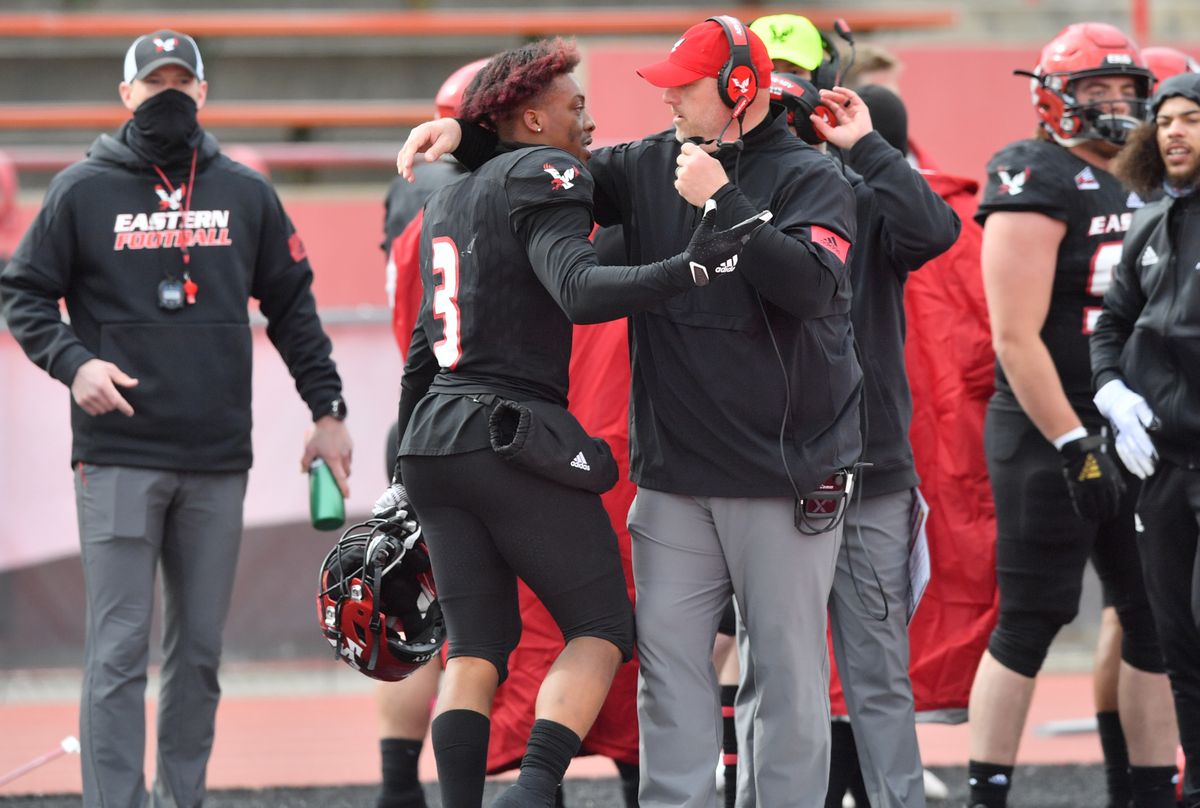 EWU: We mentioned it above, but Eastern has to wait for Sunday to discover if it earned one of the precious at-large FCS playoff berths. Ryan Collingwood goes over all of that and more in this story. … Elsewhere in the Big Sky, Montana will play another game this week, this one against Portland State. … Idaho State did some good things in the loss to Weber State.

Chiefs: The development of Reed Jacobson is one of the highlights of Spokane’s early season. Dan Thompson delves into the wing’s scoring improvement.

Mariners: The M’s were rained out yesterday. There is a doubleheader scheduled for today. … Will Taylor Trammell hit another home run? … Alex Rodriguez’s departure from Seattle was contentious, to say the least. He could make one move and make people in the area love him again.

Seahawks: If the Hawks do this, it would seem silly. At least to me.

• The lemons this week? With the temps rising and the sun shining, there is little to keep me from wandering outside and doing yard work. The excuses are all gone. There’s not even a major golf tournament on the air to distract me. Speaking of golf, I can report it was a fun day on the course. My number of birdies (one) was matched by the number of times I tripped over a stake and fell on my butt (one). No, not a drop of adult beverage passed my lips. Just inattentiveness. There is one heck of a bruise on my left shin, let me tell you. It will go away. The one on my pride, however, will be black and blue and stick around for years. Until later …