A GRIP ON SPORTS • How does that Beatles song go again? “You say goodbye and I say hello?” Yep, that’s it. And that’s probably what’s happening this morning with Gonzaga basketball.

• There has been little doubt Jalen Suggs would only spend one season in Spokane. That’s been clear since the Minnesota point guard signed his letter of intent more than a year ago. And here we are, a year of weirdness and innumerable highlights later, waiting for Suggs to say goodbye today and announce he’s headed for the NBA draft. 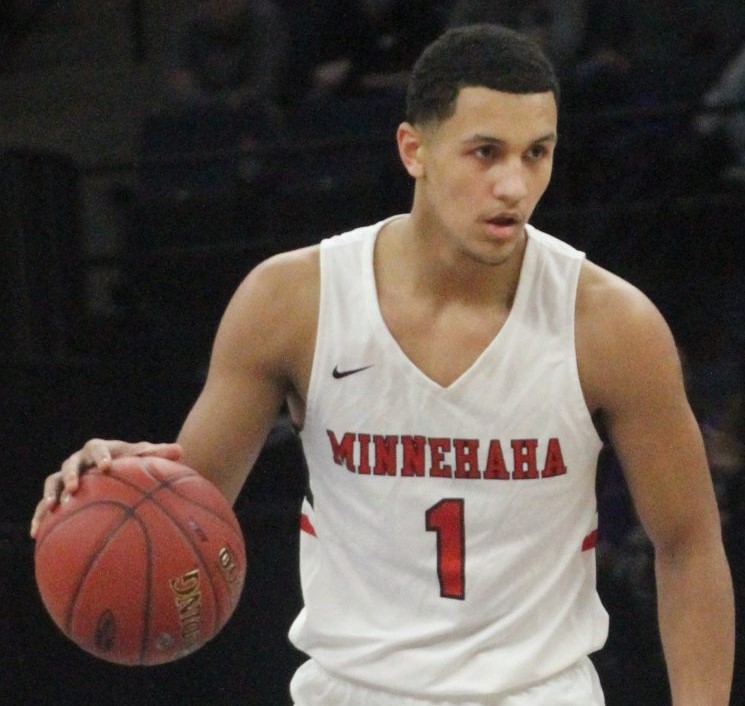 Good for him. Other than getting to accept the accolades of a packed McCarthey Athletic Center crowd (and winning the last game of the season), Suggs delivered everything he promised to Gonzaga’s faithful when he signed his LOI last April 15. His one season at GU was special, not just for those watching but, it seems, for Suggs as well. Another adventure awaits.

As does another star player from Minnehaha Academy in Minneapolis. And those Gonzaga fans that care about such things – that would be all of them – are ready for the 7-foot wing to say hello.

The two friends are expected to piggyback their announcements today, with Holmgren making his college pick this morning at 10 and Suggs, according to Adam Zagoria, expected to announce he’s headed to the draft at noon.

Considering how often Suggs has expressed his love for Gonzaga the past few months, it would seem completely appropriate for the point guard to allow his big-man buddy to tell the world he’s headed to Spokane on the same day Suggs moves on. Anything else would seem out of character. And out of the realm of possibility for your neighbor in his brand new Gonzaga sweatshirt.

• Speaking of big-time recruiting, the past couple weeks have included a taste of it around here.

It probably all started when Tanner and Jake Groves shined in Eastern Washington’s NCAA first-round loss to Kansas, the perennial Big 12 power. Or maybe it was days later when Eastern coach Shantay Legans decided to leave Cheney and head to the University of Portland.

Whenever it began, the Groves brothers decided to put their names in the transfer portal. Which led their father, Randy, to reach out, asking for a little help in finding out their value in the transfer pool. And some information about who may be interested. As I’ve known Randy for almost as long as I’ve lived in Spokane (and coached Jake on a spring and summer travel team), I said yes to his request.

That three-letter word led to a whole bunch of phone calls, a near connection between Tanner and one ACC school (quite possibly only the school’s antiquated rules concerning transfers nixed that link) and some background checks of a couple of coaching staffs.

In the end, Jake and Tanner found a fit they were happy with at Oklahoma, partly because new Sooner head coach Porter Moser has a couple of Spokane connections himself from his recent days at Loyola of Chicago.

How many? Well, Loyola guard Paxson Wojcik began his high school career at Gonzaga Prep, back when his dad, Doug, was helping out behind the scenes at GU.

But the deeper connection is between Jake and good friend Matt Carney, the son of G-Prep basketball assistant Brian. Matt, who played for that same summer travel group as Jake, has been a manager for the Loyola basketball team the last two seasons. In that role, he’s observed Moser in action. And was able to share first-hand information.

The confluence of those connections, and Moser’s need to restock Oklahoma’s roster with talented players, led to yesterday’s announcement, one Ryan Collingwood covers in this story. Now the Groves brothers will have the chance to test themselves against Big 12 competition on a nightly basis, not just in the NCAA tourney. 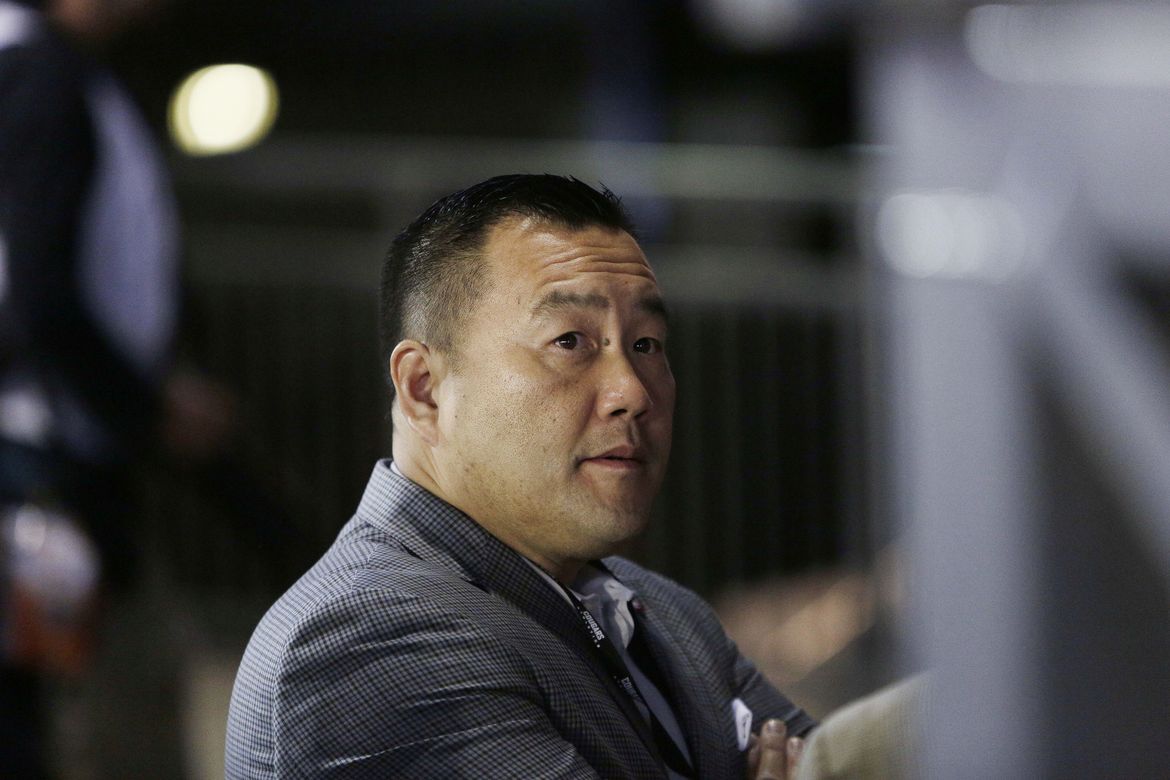 WSU: I’ll be honest. When I heard a while back the ACC had hired Northwestern University’s athletic director to head the conference office, I didn’t immediately think of Pat Chun as a replacement. But it makes sense. As does the report yesterday from Jon Wilner that Chun has interviewed for the position. Theo Lawson, who was able to disprove a report from a couple weeks ago Chun had interviewed at Kansas, was not able to do the same with the Northwestern news. If Chun’s ultimate goal is to return to Ohio State someday as athletic director, a move to Northwestern, the smallest school in the Big Ten, and a successful run there would be a smart move. And, as we have seen during his Pullman tenure, Chun is a smart man who makes well-thought-out moves. … Arizona hit four home runs and handed the baseball team a loss. … Elsewhere in the Pac-12 and college sports, we have takeaways from Oregon’s Saturday scrimmage. … And from USC’s as well. … Arizona is waiting for defensive reinforcements. … Utah is waiting for fans. … An old position seems right for one Colorado player. … A former USC football player, Chris Brown, is dead at 24. … In basketball news, the Huskies have a West Virginia player transferring in. … Colorado is losing a player but not to a transfer. … After a quick portal stay, one of Utah’s better players is all in for next season. … Tommy Lloyd’s reputation is part of the reason Arizona wanted him so much.

Gonzaga: The Bulldog women won’t be the recipients of a splashy recruiting announcement this morning. But that doesn’t mean coach Lisa Fortier’s squad won’t be good again next season. Jim Allen looks at what the Zags have coming back, who is coming in and how all that will mesh together. 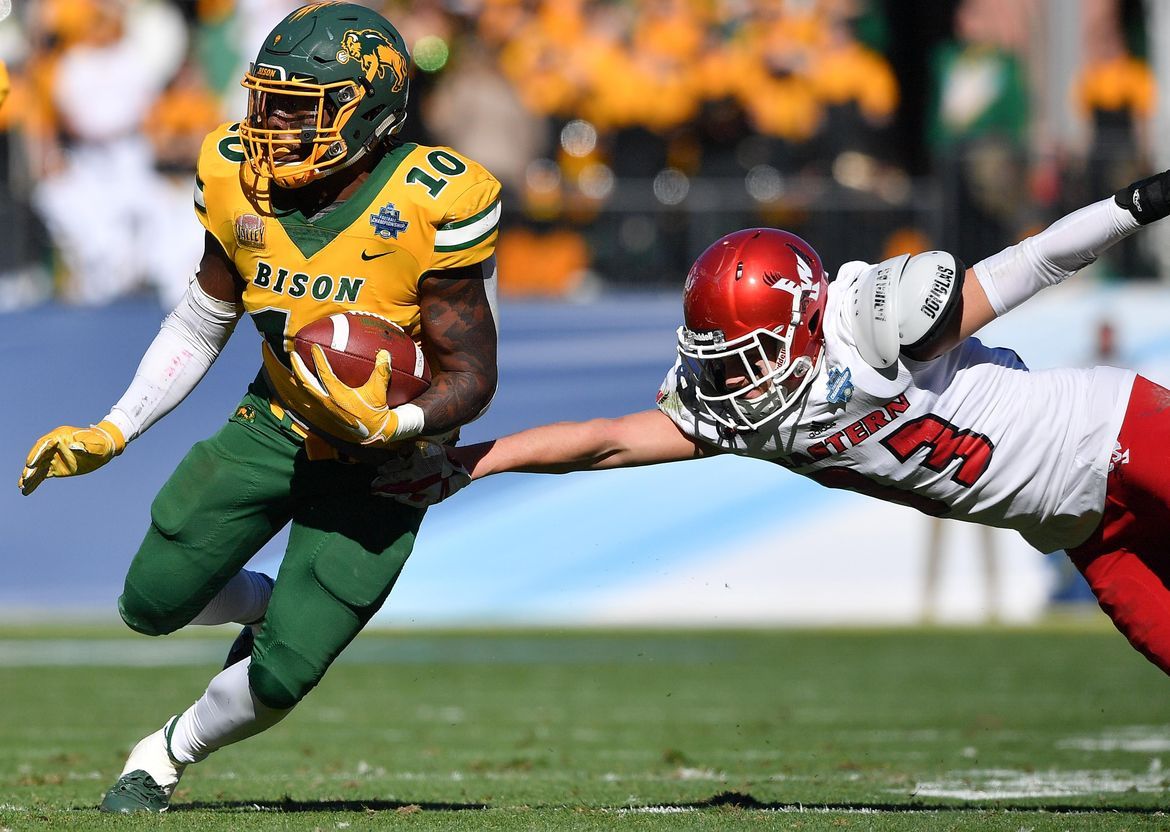 EWU: We covered the FCS playoff announcement yesterday morning but not anywhere near to the level Ryan does in this story. The Eagles are on an exceptionally tough side of the bracket. … As we mentioned above, Ryan also has a story on the Groves’ decision to transfer to Oklahoma. … Four Eastern Washington football players picked up academic honors. That news is part of our weekly local briefs column. … Elsewhere in the Big Sky, Weber State was not one of the four top FCS seeds, which is something of a surprise. … Montana didn’t participate in the spring conference season but it did play two games.

Mariners: We spent a quiet Sunday afternoon watching the M’s play (and switching off and on to the Dodgers/Padres game). It was fun to watch the offense explode late, leading to a 7-2 win over the cheating Astros. Seattle won the weekend series. … The M’s are off to fast start again but this one should be a bit different. No matter what, just enjoy it. … Backed by solid relief pitching, the Mariners have proved they are not out of games at any time.

Seahawks: Can the draft get here please? I’m tired of the who-will-the-Hawks-take stories.

• Monday mornings, am I right? First thing on the agenda: get a plumber out to the house when possible. But that’s not the only thing. Way too much on my to-do list this week. Why couldn’t I have a full-time job so I could just say no to all the crud? Until later …