A GRIP ON SPORTS • We get it. It’s early. There is a long season ahead, full of ups and downs. And the M’s have teased you before in the past 20 years. So there is a hesitancy to embrace what’s been going on at T-Mobile just yet. But, please, just keep an open mind.

• We’re not here to get your hopes up. Nor are we going to try to get you to delve into the pool with both feet. But can’t you just dip a toe in and see how it feels?

Cold? Sure. But not freezing. Not like the grass this morning. Not after the past few days. Look, no one is perfect. Not even the Dodgers, the defending champions. Read what’s coming out of L.A. and we’re sure you would believe there is no chance they will repeat, not even after a dominating start. That’s just the nature of baseball fandom. Expect the worst. Heck, even Yankee fans – Yankee fans – booed their team recently. And if Yankee fans are not satisfied with the way the lineup is performing, what reasons are they you should, Mr. and Mrs. Mariner Fan?

Well, expectations for one. Past history for another. And just because it makes the summer better for a third.

No one figured this would be the year the Mariners turned the corner. They are in the middle of a self-proclaimed rebuild. We’ve been warned it’s a long process pulling out of a two-decade lone hole, words meant to stamp down any sort of irrational exuberance. We don’t want that either. But don’t let the fear of getting too involved dissuade you from at least enjoying the now.

Take Tuesday’s game for instance. Yes, the M’s lost a game they had every opportunity to win. All it would have taken was one clutch hit. Instead, the Dodgers’ pitching ruled and L.A. left town with a 1-0 victory.

If the final result ruined it for you, that’s too bad. It was a baseball game like baseball games were 50 years ago. Two starting pitchers dominating. Two starting pitchers dealing with contrasting styles. The Dodgers’ Julio Urias overpowering an M’s lineup that included, for the first time this season, Kyle Lewis. Marco Gonzales doing what he does, pulling the string, hitting spots, keeping hitter’s off balance. Only a Kyle … oops, Corey, Seager two-out, third-inning, RBI single marring what was a masterpiece of misdirection.

And it took just 2 hours, 28 minutes to complete. It was so fast, the few fans allowed in T-Mobile Park were let out just in time to join Seattle’s always crowded rush hour.

Those of us at home hardly had to miss any of our afternoon.

Now that’s not going to continue. More than likely neither will the M’s early run of success. But it may. And even if it doesn’t, why not spend warm spring and summer nights listening or watching? There is little else to do.

And if that isn’t a Seattle baseball marketing slogan for the ages – Watch the M’s. There Is Little Else To Do – we don’t know what is. 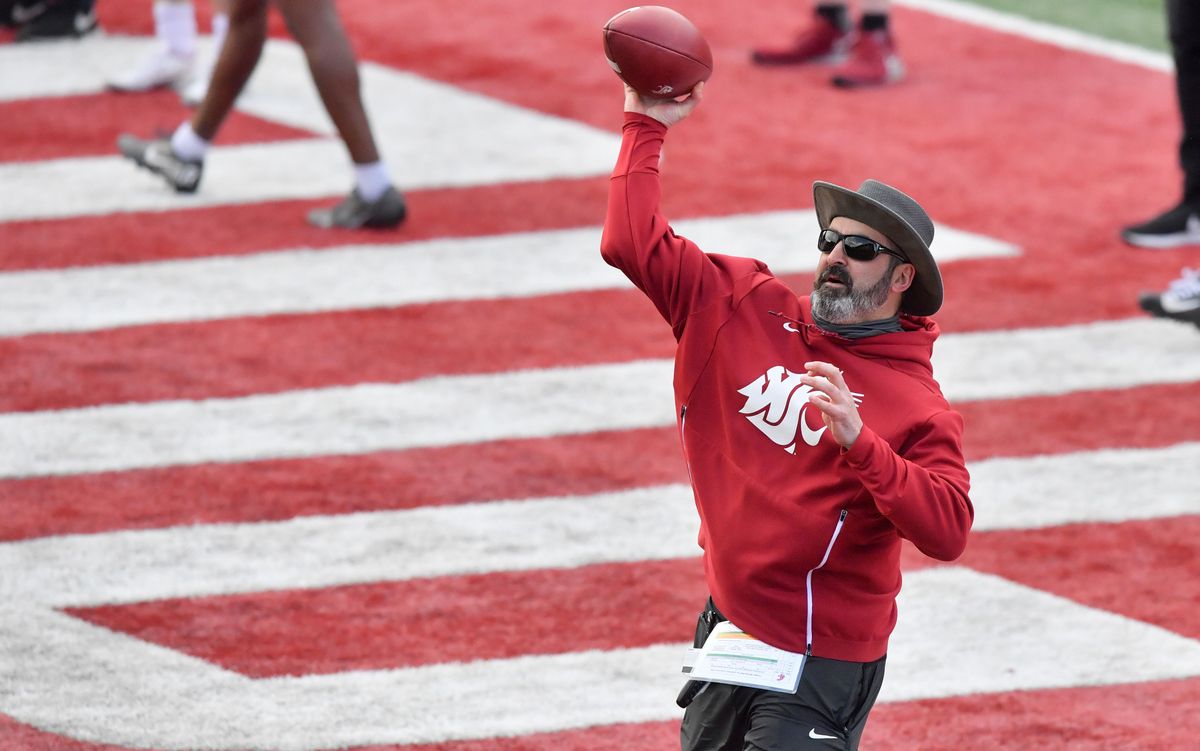 WSU: With the national news dominated by a verdict in the trial of Minneapolis police officer Derek Chauvin, convicted of all three charges in George Floyd’s murder, it shouldn’t be a surprise the impact was felt in the local sports world as well. Theo Lawson delves into Nick Rolovich’s leadership council and how it took the lead in discussing the news of the day among Washington State’s football team. … Connor Gilbert also has a story on the verdict’s reaction around the area. … Elsewhere in the Pac-12 and college sports, talk about a Washington legacy, this assistant coach has it. … Offensive tackles, not just at Oregon State, use different forms of motivation. … The same is true at Oregon. … Spring practice rolls on for the Colorado defense. … It didn’t at USC yesterday as the team discussed the trial verdict. … Arizona seems to have some optimism among the ranks, though not among the media ranks. … In basketball news, Jon Wilner sees Washington State having an upward trajectory in hoops. … Oregon has lost a player, LJ Figueroa, to the pro ranks. … Johnny Juzang has declared for the NBA draft as well but the UCLA star won’t hire an agent. … Oregon State is trying to build on its NCAA success. … New Utah coach Craig Smith is bringing a player along with him from Utah State. … Some Arizona players already in the portal worked out with Tommy Lloyd and the team yesterday. … Finally, Stanford’s baseball team has been shut down by the virus. 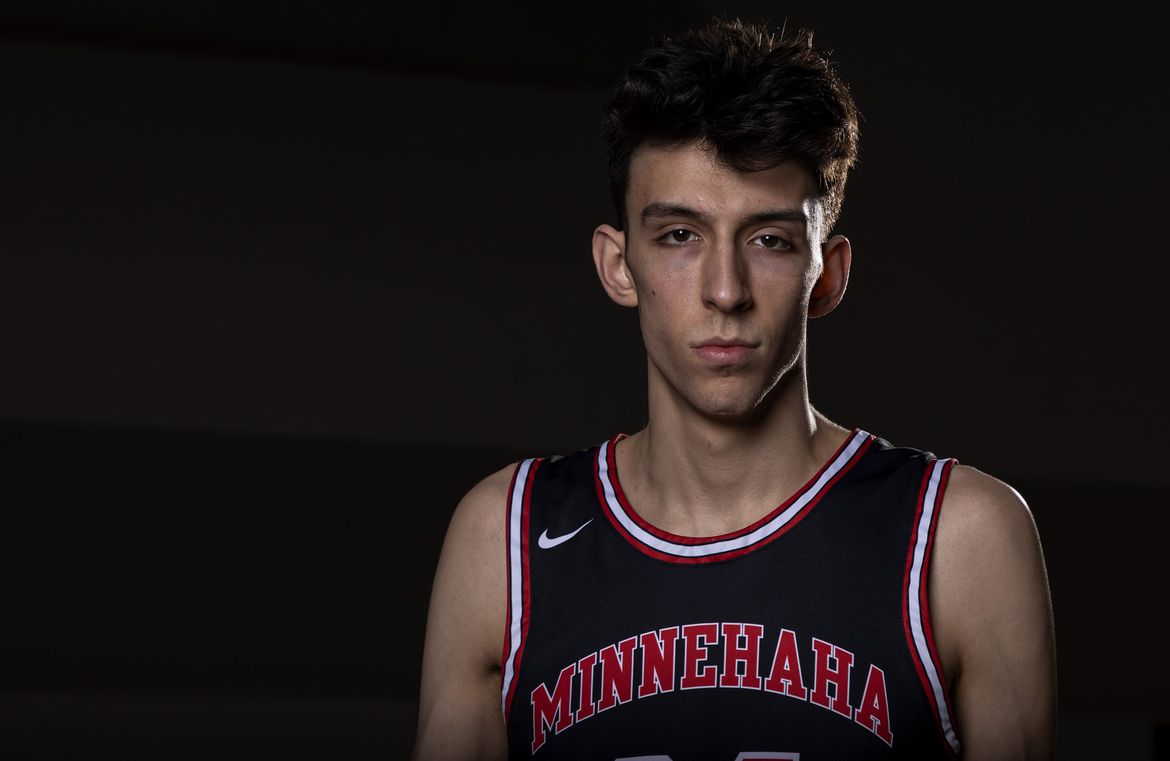 Gonzaga: As Chet Holmgren prepares to head to Spokane, Jim Meehan talked with his high school and travel team coaches, They covered the 7-foot-1 wing’s abilities as well as the pipeline that began with Jalen Suggs. … Is GU “America’s Team?” That was the nickname given to it yesterday in the Washington State Senate, delivered by Lt. Gov. Denny Heck. Laurel Dernkovich has more in this story concerning the Senate’s resolution praising the Zags. … Larry Weir delved into the Bulldogs as well with his latest Press Box podcast featuring Steven Karr. … The baseball team shut out Washington 3-0 and swept the season series. … There is no doubt Gonzaga would be part of a Super League in NCAA basketball. … Finally, Mark Few made time recently (lots of time it turns out) for Dana O’Neil of The Athletic.

EWU: It seems to be the time to look into the changes wrought by the easing of transfer rules. No local school has felt more of an impact than Eastern Washington. Ryan Collingwood talked with the major players for this story. … Elsewhere in the Big Sky, Weber State is prepping for an unfamiliar foe in the FCS playoffs. … Montana may have played just two football games but that doesn’t mean the Griz didn’t make an impression on their opponents. … Montana State is still in the middle of spring practice. 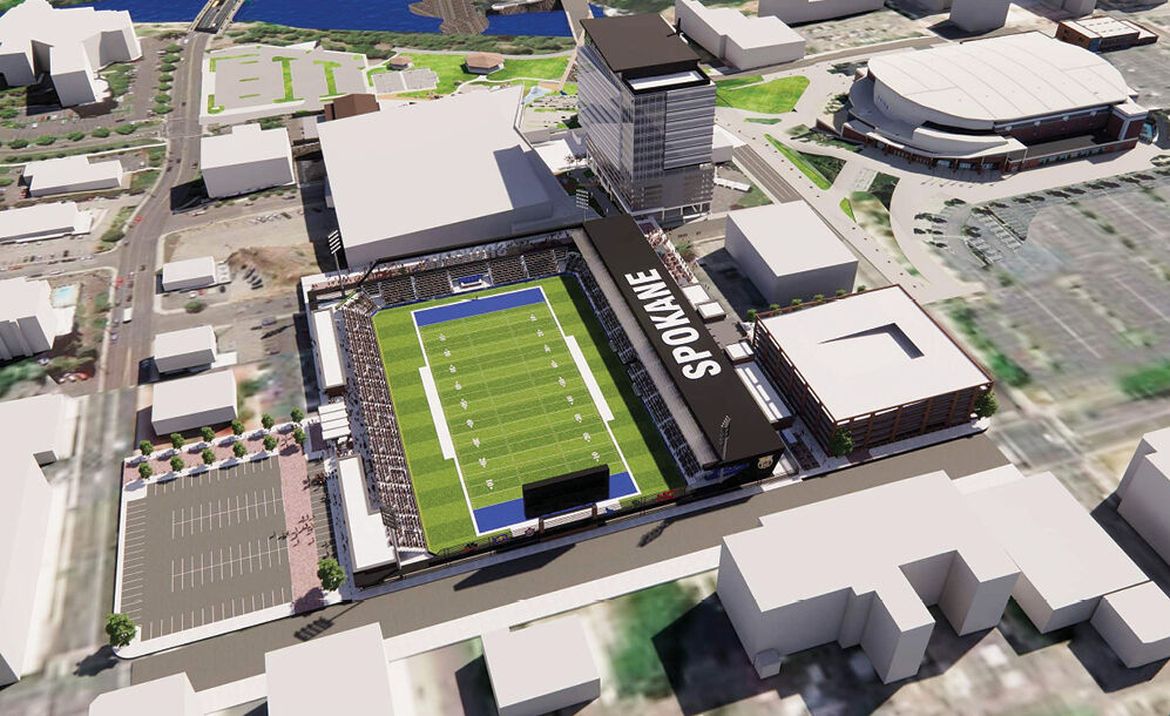 Preps: Spokane’s mayor and one of its influential legislators came out yesterday in support of the downtown option for Spokane Schools’ new stadium. Dave Nichols has the story. … Dave also has an overflowing roundup of Tuesday’s spring sports action. … As COVID-19 numbers continue to rise, Spokane County is in danger of falling back to Phase 2 in early May. How that would impact high school sports, with the winter indoor ones set to begin May 10, is still to be determined.

Mariners: As we mentioned above, the Dodgers defeated the M’s 1-0 yesterday as the teams split their two-game series. … Yes, Lewis was back in the lineup.

Seahawks: Hey, this story may win the award for the deepest draft dive yet.

• As an English major, drama was a big part of my well-rounded education. And by that, we don’t mean the type you find in middle school. We’re talking stage craft. Plays. Well-written prose. My favorite? Probably “Rosencrantz and Guildenstern Are Dead,” Tom Stoppard’s take on two of Shakespeare’s disappearing characters. One I didn’t really appreciate? “Waiting for Godot.” Pretty simple set design, though. All you need is a tree. Maybe a bench if you want to get crazy. Until later …