A GRIP ON SPORTS • Call us old-fashioned but there is little better on a long drive this time of year than baseball on the radio. Music, podcasts, sports and political talk, they all pale in comparison to the crack of the bat and the roar of the crowd.

• OK, so the latter is pretty muted in this second season of major league baseball impacted by the virus, but the point stands. Long drives are better when baseball is coming out of the car’s speakers. 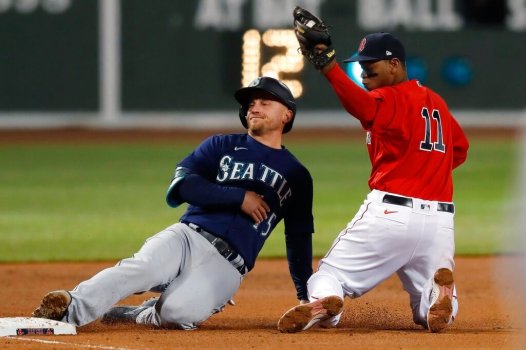 Baseball may not be the only reason we spring for satellite radio, but it’s the main one. Sure, we love the ‘60s on 6 and the ‘70s on 7, but being able to listen to the Mariners’ game outside of the Spokane and Seattle area is a real blessing. Even if it comes courtesy of the Red Sox announcers.

Such was the case yesterday for a while and it was just fine. Better in some ways. After all, we can take only so much of Rick Rizz and Dave Sims telling us how important Evan White’s defense is or how hard Yusei Kikuchi threw that last 3-1 fastball out of the zone. Especially when they are broadcasting the game from Seattle, another consequence of COVID-19.

Yes, we know White can pick it, but when the question of how long a team with offensive issues can keep a light-hitting first baseman around – a totally appropriate question – has to come from the Red Sox announcing crew, that’s a bit sad. But probably to be expected.

After all, the days of the home team radio crew questioning decisions of the front office are long gone – mainly because the person who poses the question is usually gone at the end of the season. Money talks and honesty walks.

The other aspect of listening to the opponent’s broadcast we enjoy? The sheer wonder when they experience the full J.P. Crawford experience for the first time. We didn’t hear that yesterday – the Gold Glove shortstop wasn’t asked to make a spectacular play, at least not while we were listening – but just their admiration for the routine Crawford pick was fun to listen to. Newness breeds good impressions.

Alas, the M’s didn’t put on their best show Friday afternoon. But there were other options available throughout – the Mets win over the Nationals was fun – and afterward – the Padres handled the Dodgers again. It’s all part of a road trip with satellite radio and a full slate of baseball games on.

Let me tell you, 10-year-old Vince would have been in heaven.

• What are the odds Eastern Washington leaves Fargo tonight still alive in the FCS playoffs?

The answer to that question probably revolves around the play of Eagle quarterback Eric Barriere more than it should. Or more than Aaron Best would probably like.

The Eastern defense isn’t at 100 percent, though there will be no sympathy given by the Bison faithful. NDSU is missing too many players itself to care. But unless the Eagle defense can get off the field in a timely matter, there will be inordinate pressure on Barriere to lead the offense into the end zone score often – and with a maximum of efficiency.

Eastern may not have a lot of possessions. The game may fly by as NDSU pounds and pounds the EWU front. An empty possession here and there may be the difference. And make the trip back to Cheney a sad one. WSU: Around the Pac-12 and college sports, if you have the right questions, Jon Wilner has the right answers. And they might include basketball coaches’ salaries. … Washington has new receivers it wants to highlight. But the Huskies also still want to run the ball. … Noah Sewell hopes to reach his dreams with Oregon. … Outside linebacker is becoming a position of strength for Colorado. … USC has lost a defensive lineman to the portal. … UCLA opens spring practice later than most. …Two Arizona players decided to stay in Tucson. … In basketball news, Oregon has picked up a transfer from Oklahoma. … Roman Silva is in the draft pool but may return to Oregon State. … Arizona State’s Bobby Hurley sees a whole new era in college hoops. … Another holdover is staying at Arizona. … An expectation of a bigger role means one Colorado player is getting bigger.

Gonzaga: The baseball team won a taut game with visiting BYU. … Around the WCC, Kolby Lee explains why he is leaving BYU. 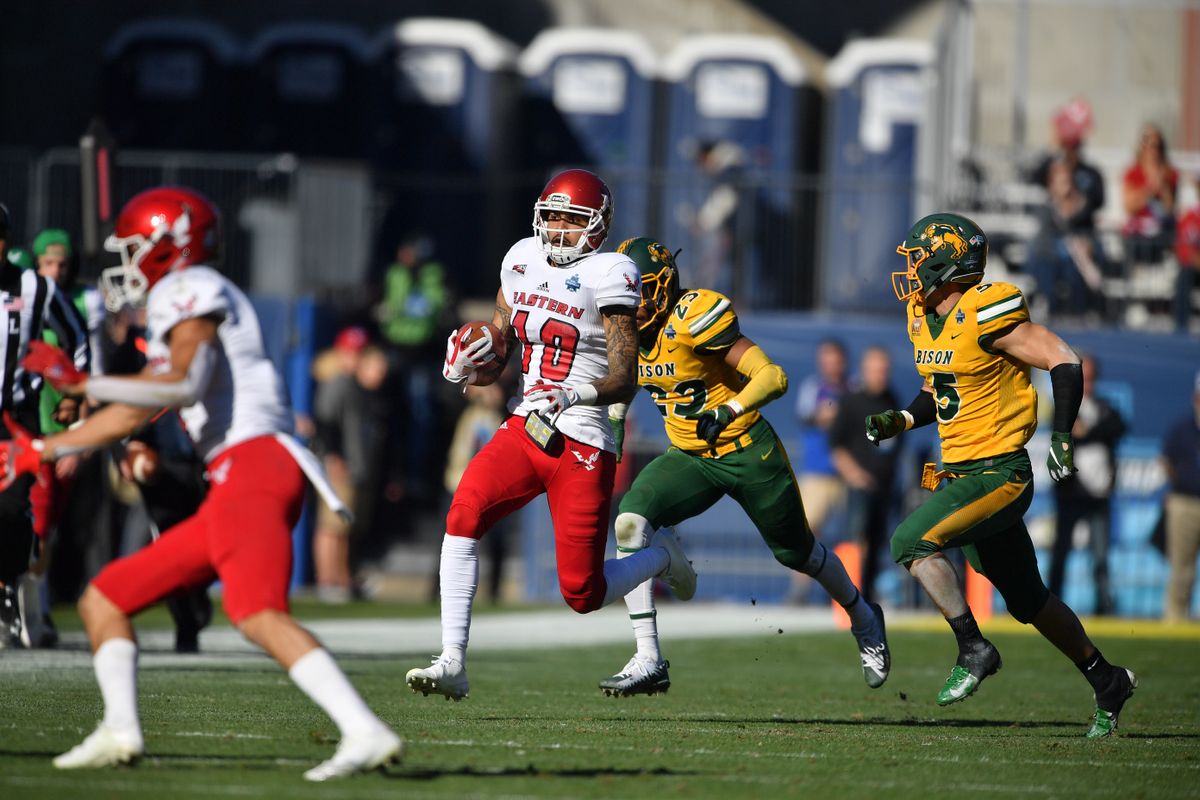 EWU: It won’t be easy. But Eastern Washington has its best chance for an FCS playoff win in Fargo ever. Mainly because North Dakota State isn’t as powerful as usual and because today happens to be the Eagles’ latest opportunity. Ryan Collingwood offers five areas in which Eastern has to shine to win. … Larry Weir offers another view of today’s playoff game in the latest Press Box podcast. … Elsewhere in the Big Sky, Weber State is trying for another first this season.

Preps: Dave Nichols has a roundup of Friday’s action for you.

Chiefs: Penalties killed Spokane throughout a 5-0 loss to Everett. Kevin Dudley has the coverage.

Mariners: This time the M’s rally was a case of too little, too late. Even Kyle Seager’s three-run home run in the ninth wasn’t enough in a 6-5 loss at Boston.

Seahawks: How important to the Hawks is character? … Maybe Aldon Smith is the reason for the question. … We can also pass along a Hawk mailbag.

Sounders: Raul Ruidiaz is a thorn in LAFC’s side. Has been for years. He gets another shot at being the same today.

• When the weather is perfect in the Puget Sound area, it’s one of the most beautiful places in our nation. When it’s cool, damp and overcast, it’s still nice and green. But not nearly as impressive. Just a random observation based on experience. Until later …