A GRIP ON SPORTS • Our desk is a mess. Receipts, bills, notes, electronic devices. Everything scattered everywhere. Sort of like how this past month has been in the world of sports.

• Did you know the Oscars were on last Sunday night? Me neither. Not until the day after, though we may have heard something the day before. We just didn’t expect it. The awards ceremony just seems out of place at the end of April.

Did you know you didn’t have to have your taxes in on April 15? That one we knew. It was sort of important. But still, May 15 as Tax Day seems a bit out of place, doesn’t it?

Did you know the M’s were in first place as recently as a couple of days ago? Now that seems like a normal April. Especially since they’ve dropped two in a row and now sit two games back of the always-contending Athletics.

The month of April around here is known for a few things in the sports world. And only a few things. 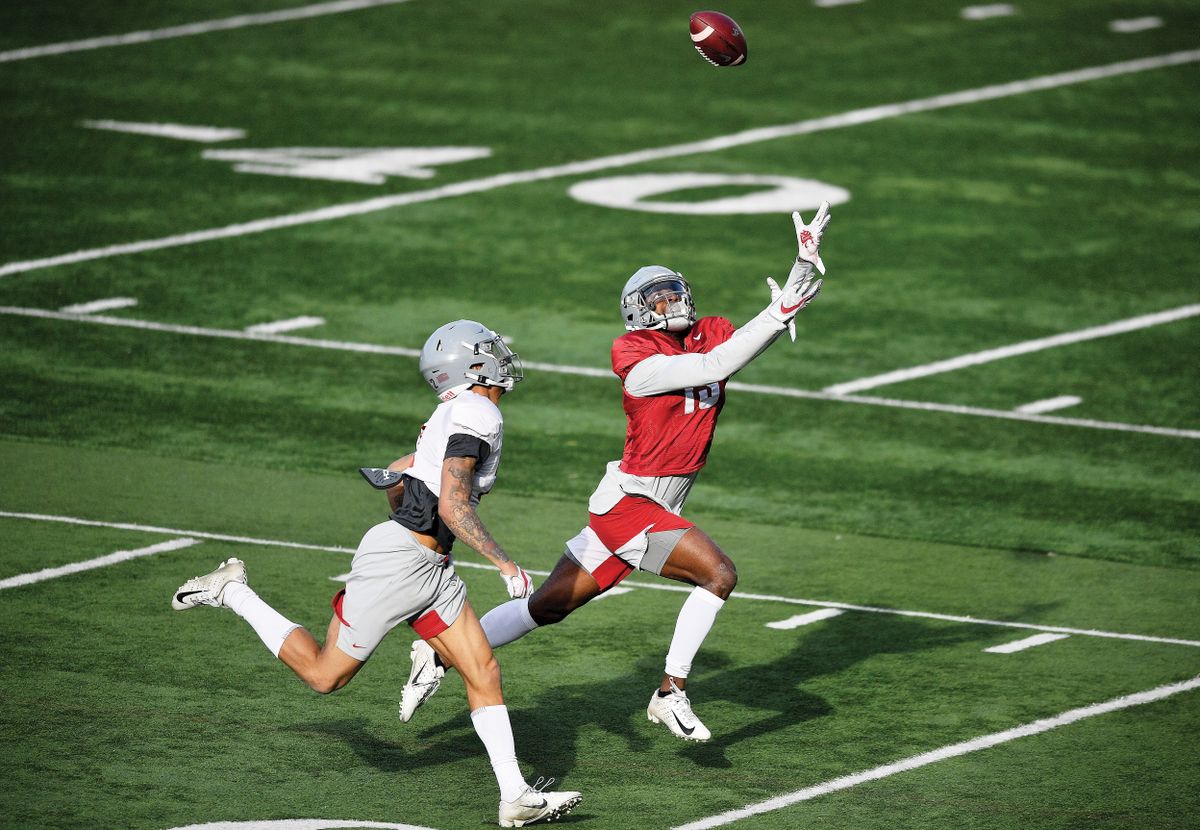 Golf courses opening up. We had that as well, though the one time we played this month we actually sank a birdie putt, so even the usual April golfing experience seemed a bit surreal.

High school spring sports. Those are going on, though the seasons, usually just gearing up for the playoffs, are almost finished. They will be followed, soon, with winter sports. Now that seems a bit out of order, but who are we to judge?

Bloomsday training. Training, not running. Do you know you can run the world’s largest road race in April this year? Yes, the virtual event – 40,000 or so folks crammed downtown breathing heavily could easily have been considered a super-spreader event – begins the last day of the month. And continues through May 9. So, if you want, you can say you capped off your April one year by running Bloomsday. And you would not be lying.

Minor league baseball? No, not really. We haven’t had that spirit here since 1969. Wait, no, that’s not right. That’s part of the lyrics to “Hotel California.” Actually, 1982. That was the final season of Triple-A baseball in Spokane. Since then, the season has kicked off in mid-to-late June. Next year, however, the games will begin in April. This year, due to the pandemic moving baseball’s spring training schedule back a bit, the games begin next week. May 4, to be precise. The weather for that day? The temperature is predicted to be somewhere in the 50s for the 6:30 first pitch at Avista. And little chance of rain. Now that seems normal – for June. The Indians will be hosting Eugene in what will be a six-game series. Yep, you read that right. Six games. Now that doesn’t seem normal. But get used to it. And get used to having your Monday nights off. The new Northwest League will play its games Tuesday through Sunday, with Garfield’s favorite day reserved for travel. 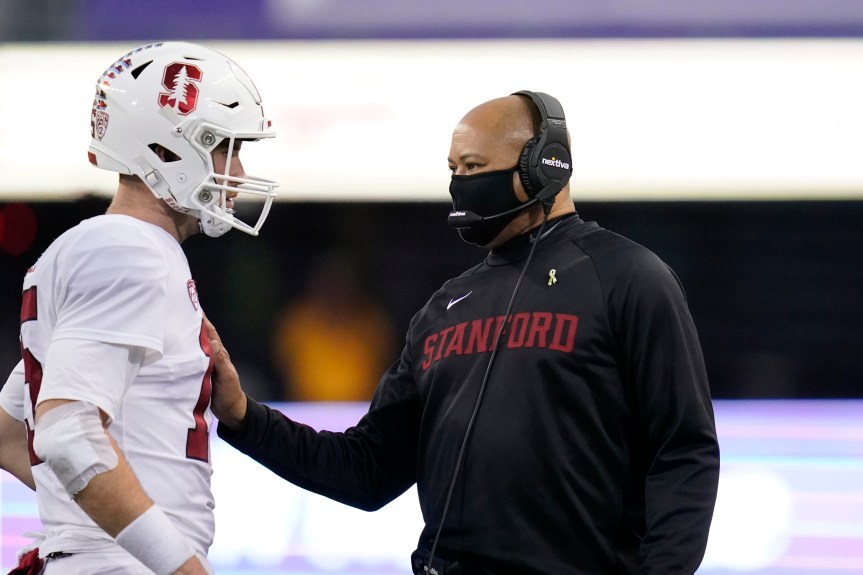 WSU: Around the Pac-12 and college sports, we mentioned this piece yesterday but here is the link to Jon Wilner’s latest commissioner news as it appeared in the S-R. … Will Stanford’s Davis Mills be one of the top quarterbacks taken in the draft? … Heck, will many Pac-12 players be taken? … What conference teams would be part of a college football Super League? … OK, no more questions. UCLA has its questions to answer this spring. … Veterans are leading the way at Colorado. … Washington held another spring practice yesterday. The Huskies are winding down. … In basketball news, Arizona’s decision to hire Tommy Lloyd ends up highly thought of by this college basketball writer. His roster is still in flux, though. … Craig Smith has brought a longtime assistant with him to Utah. … Oregon State has officially added another player to its roster. 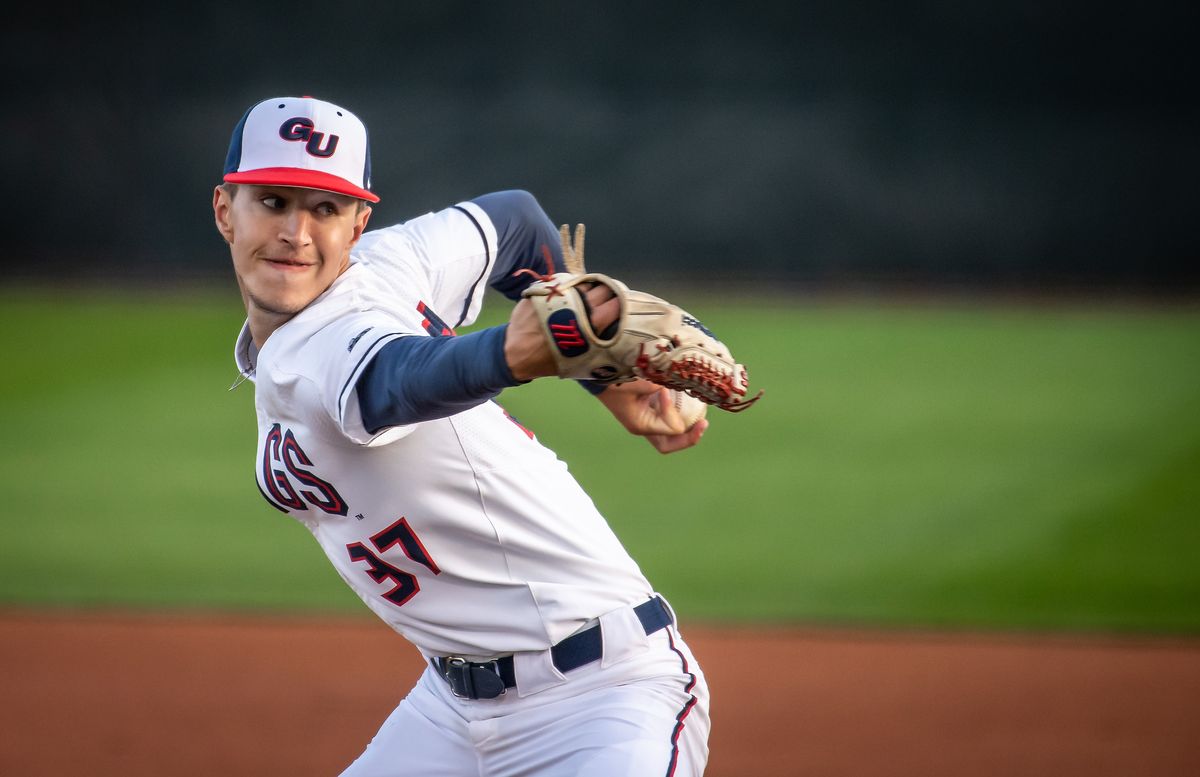 Gonzaga: Alek Jacob made history for the GU baseball program a couple weeks ago. Justin Reed takes you through his no-hitter and the road leading up to it. … The women’s golf team did something no other Gonzaga women’s golf team has done: with the WCC title. Jim Meehan explains how it happened. … Jim also spoke with Larry Weir as he does every Monday. The conversation resulted in the latest Press Box podcast.

EWU: You have to have a subscription to The Athletic, but if you do, you should read this story about the Groves brothers. … Elsewhere in the Big Sky, Northern Arizona learned a lot during the spring football season. … Montana State has finished up its first spring under new coach Brent Vigen. … Brian Holzinger, who has deep Inland Northwest roots, is ready to start building Montana women’s basketball back to its usual spot.

Preps: There are 21 outs in a high school fastpitch game. Dave Nichols’ notebook leads with a look at a recent no-hitter in which Ferris’ Katelyn Strauss recorded 21 strikeouts, though only 19 of them resulted in outs. … Dave also has a roundup of Monday’s action.

Chiefs: Luke Toporowski is back in Spokane. He will join the Chiefs soon. His presence should help as the season winds down.

Mariners: The Astros have their star players back and it showed last night. They defeated the M’s 5-2 in Houston. … Seattle added some reinforcement to its pitching staff. … Just how did the M’s put together such a good bullpen? … Chris Flexen is excited about his start to the season.

Seahawks: Just who might Seattle pick?… The Hawks don’t draft centers often but maybe they should this year.

• A couple of quick notes. We’ll be joining Larry today to record a Press Box podcast, so look for that on the site later this morning. To get the full experience while listening, please keep a life-size cutout of Grampa Simpson nearby. The other note? There will not be A Grip on Sports this Friday. We’re headed out of town that day. Going some place warmer. Until later …