By Sophia McFarland The Spokesman-Review

Air quality in Spokane fell below health standards over the weekend and likely will remain poor for at least a few more days.

Bella Reeder, who moved to Spokane few months ago, said the recent smoke has affected her health dramatically.

“Ever since the smoke came out, I have gotten dramatic migraines,” Reeder said during a visit to Riverfront Park. The Centers for Disease Control and Prevention warns that wildfire smoke can cause severe headaches, asthma attacks and chest pain. Reeder said she is reducing her time outdoors in response.

The average air quality over the weekend was the worst Spokane recorded since September. 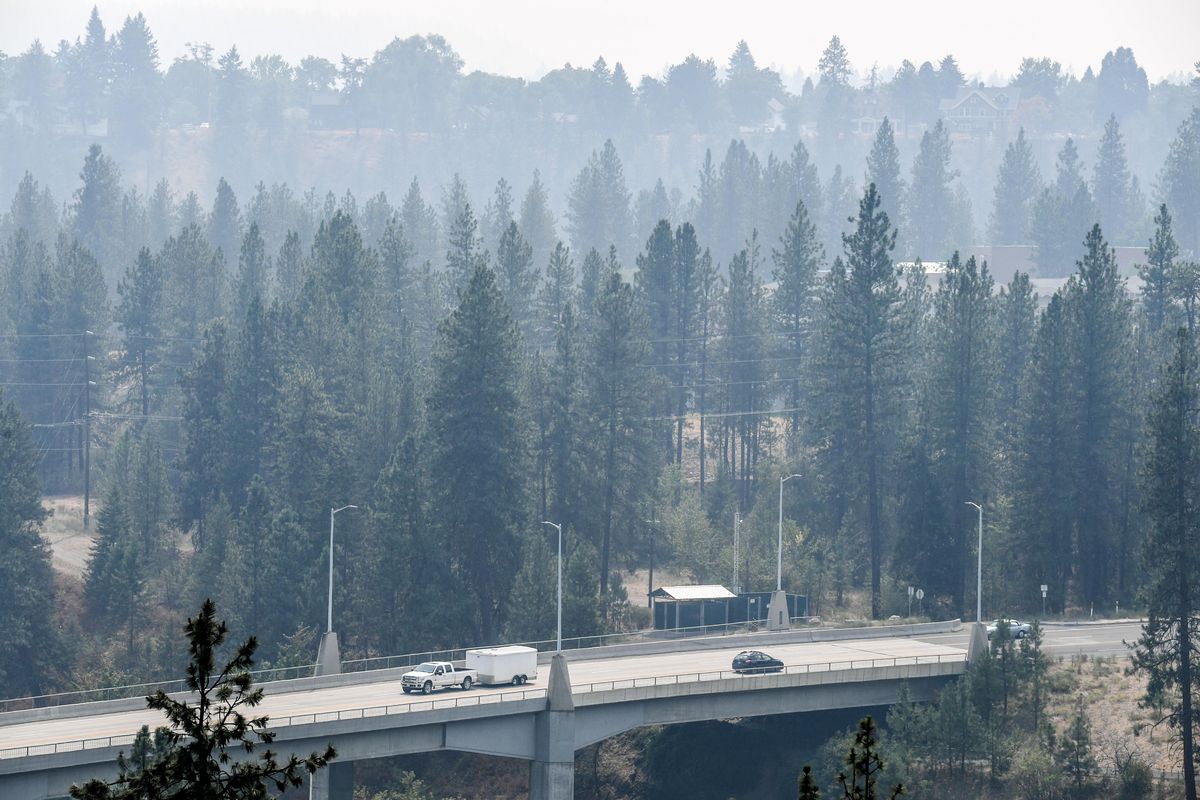 The air quality index uses a scale from zero to 500; the six categories range from good to hazardous.

Woodward said that westerly winds are bringing wildfire smoke banked against the Cascades into the Inland Northwest.

Shawn Vestal: Summertime … and the living is not what it used to be

Michael Gossett, a Spokane resident visiting the park, questioned some of the closures, particularly the building with the cafe and Skate Ribbon rentals, where air conditioning would have offered an escape from the smoke.

“The bad air is out here!” Gossett said.

As somebody with lung problems who knows multiple people experiencing homelessness also with lung issues, Gossett said people need a place to escape from the weather. The city opens cooling shelters, including at the Looff Carrousel, but that doesn’t happen until the forecast shows the temperature will reach 95 degrees or more.

Paul Patrick called himself an “indoor man,” who is less vulnerable to the smoke, but his wife suffers from asthma and the smoke has triggered coughing.

“It’s terrible!” he said when asked about the smoke .

Since records began to be tracked in the late 1990s, Spokane’s daily air quality index never reached 100 as a result of wildfire smoke until 2012. But it’s happened numerous times since, including 16 times in 2017. Last year, it reached hazardous for the first time.

Bethany Jolley, a Mead resident visiting Riverfront Park on Monday, said she has reduced the time her family spends outside.

“It’s difficult especially when you have four kids,” Jolley said. “I just wish it would all stop soon.”