A GRIP ON SPORTS • The pads are on, which means it is a good time to check in with the region’s most beloved professional sports franchise. Wait, the Huskies don’t start football for a week or so. Just kidding. We mean the Seahawks. Always the Seahawks. 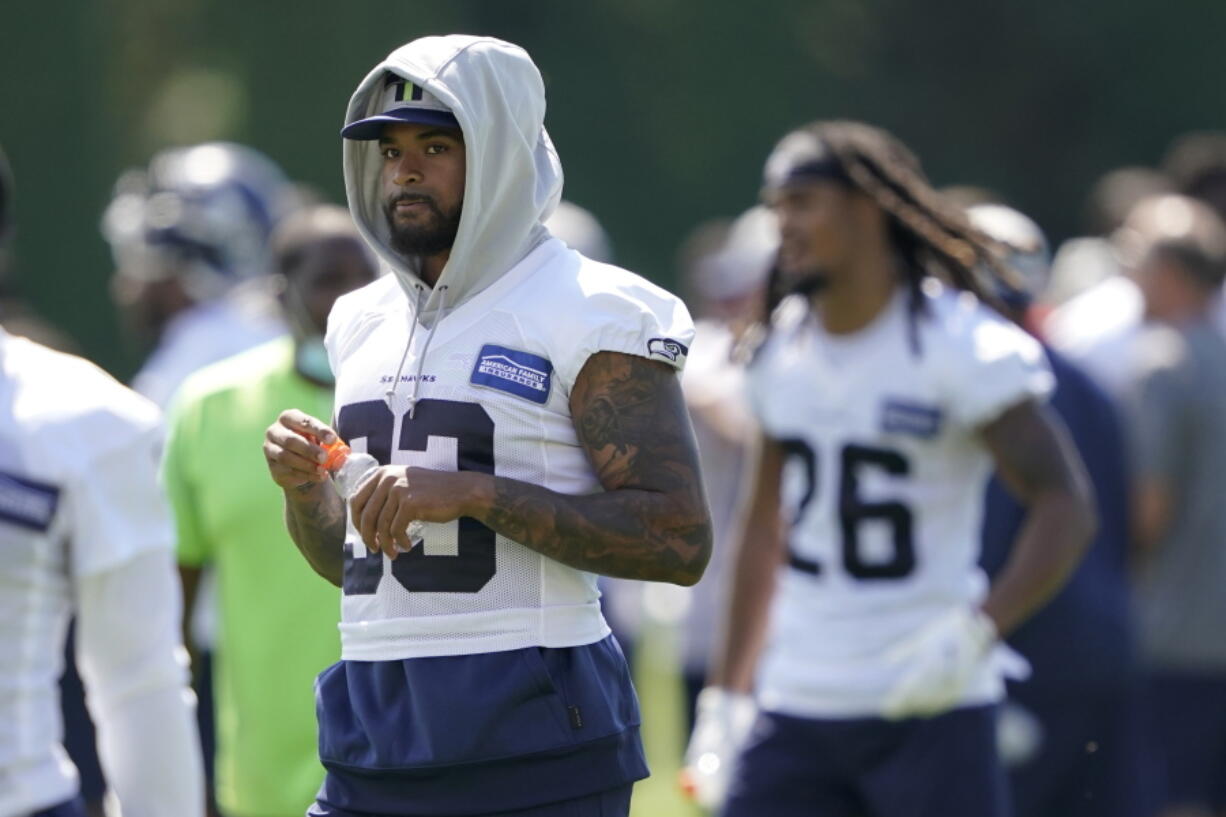 Anything less, it seems, is a failure to the 12s, the all-encompassing name given to the teams’ fans, often used in derision to refer to those who hopped on board after the Super Bowl win over Denver eight years ago. But whether you are a long-time fan – to receive your proof complete this simple quiz: name Chuck Knox’s children – or just entered the fold because of the Legion of Boom, you enter each season hoping to see the team repeat 43-8. Or something akin to it.

And each year, at times, it looks like it is possible. Even last season, played in the middle of a pandemic and without a defense for the first few weeks. But, oh my, what an offense. Russell Wilson. Tyler Lockett. DK Metcalf. It was, I don’t know, like watching the Broncos from 2013. And then it wasn’t.

The offense disappeared halfway through the year. No matter. The defense re-emerged. The excitement of Wilson clicking on all cylinders was replaced by the grind of winning slobber-knockers, which, while dear to Pete Carroll’s heart, was a shock to the system.

And it all ended when neither side of the ball showed up in the playoffs versus the Rams.

Criticism and soul-searching ensued. The 12s were angry. So, seemingly, was Wilson, the cornerstone of the franchise. His entourage hinted he wanted out unless changes were made. Carroll fired the offensive coordinator, Schotts-something, and hired away a young guy from L.A. It seemed to be enough. Camp opened with everyone seemingly happy.

But what’s going to happen? Will we see the defense that finished the season, a group that overcame numerous injuries and was lights-out until the Rams diced it up? Or will the first-half Keystone Cops be the norm?

We know the offense will look different, in tempo and emphasis, if not personnel. Will that be enough? Or will a leaky offensive line – resources were used in the offseason to shore it up and allay one of Wilson’s biggest concerns – undermine Shane Waldron’s new scheme?

Most pundits don’t think much of the Northwest’s team. The smart money is on the 49ers or the Rams or, god-forbid, even the Cardinals, in the NFC West. The Hawks? Yesterday’s news.

Maybe that’s a good thing. Carroll (and his teams) seems to thrive on competition. And what better competition is there than competing with low expectations? They’re a tough foe. But when they’re overcome, victory tastes pretty sweet.

A few days of preseason practice isn’t enough to know the Hawks’ chances. Neither is listening to Carroll’s pronouncements. They have been, as always, relentlessly positive. That flies in the face of issues we all know the team has on both sides of the ball. But they also can be the impetus for success.

Carroll lives by a simple philosophy. Say often enough your team will be successful in the last game of the season and it will come true.

It did once. It almost did one other time. And it has been the goal ever since. Including now. 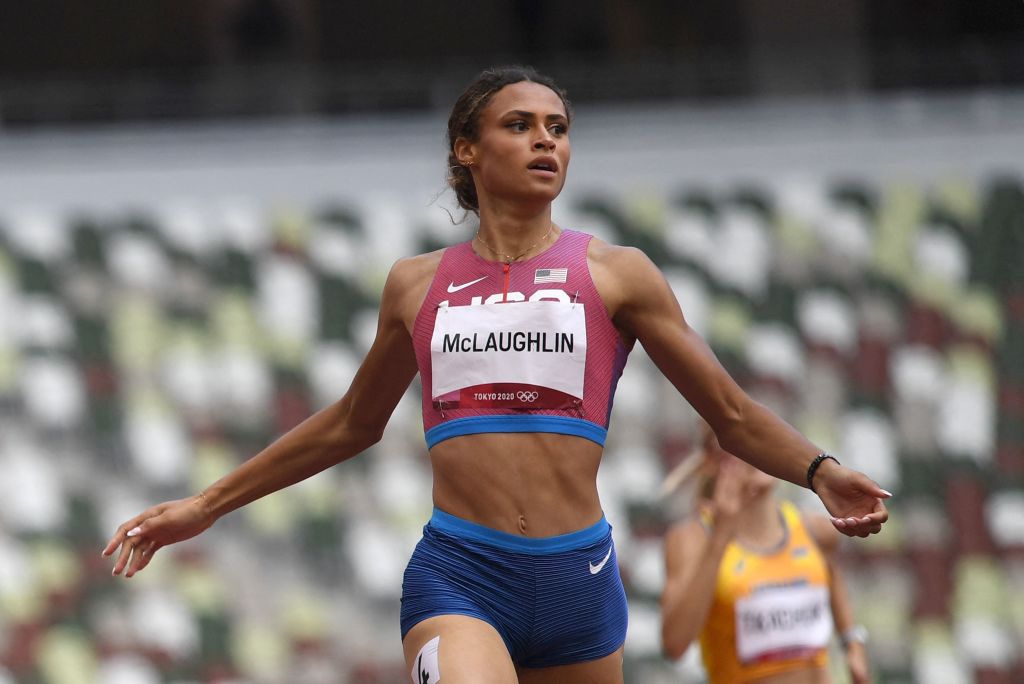 Olympics: The women’s basketball team routed Australia and a group of former UConn players had a big part in it. Again. … The baseball team defeated the Dominican Republic to stay alive in the gold-medal chase. … Sydney McLaughlin raced to a 400-meter hurdles world record as the U.S. went 1-2 in the women’s race. It was another outstanding hurdle race. … Is the track part of the reason for the many record marks? … The 200-meter winner is from Canada. 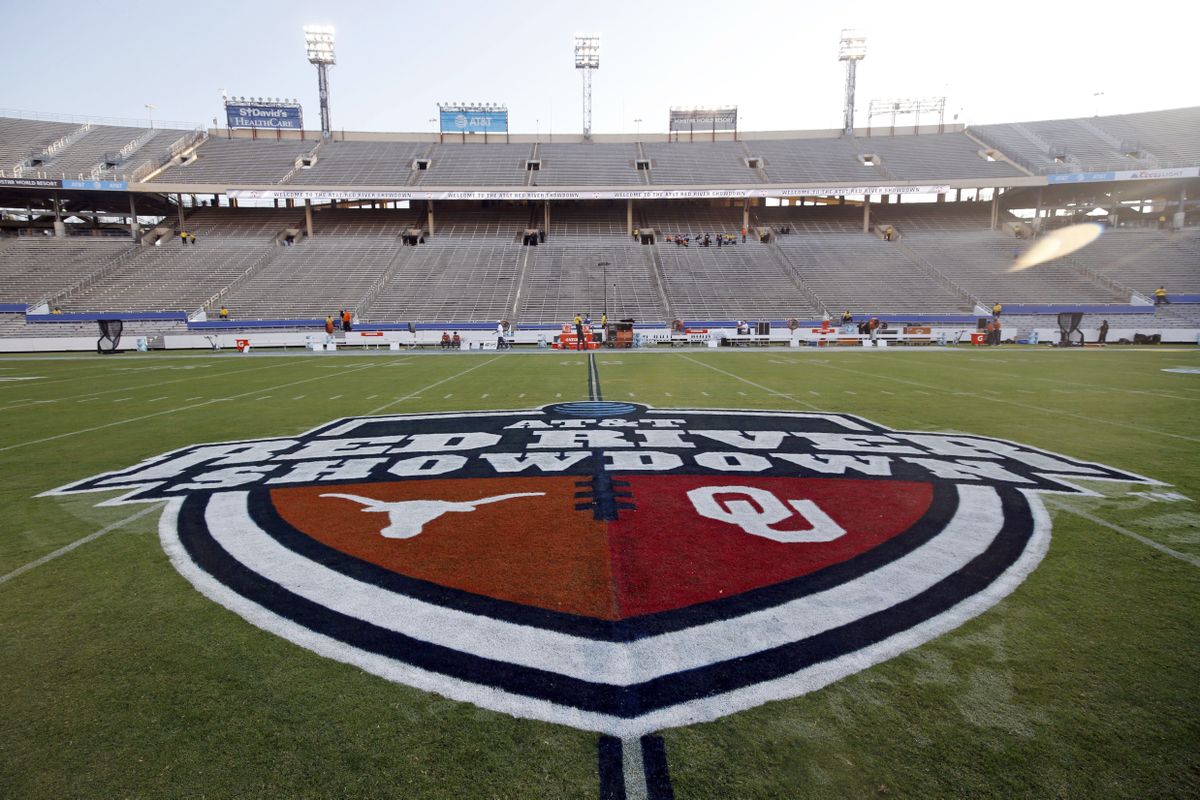 WSU: Just where is the Pac-12 headed in the new world of big-time college sports? That’s the most important discussion of commissioner George Kliavkoff’s early tenure. The latest move is a discussion with the Big 12 about the future. Can one with the Big Ten be far behind? … Elsewhere in the Pac-12 and college sports, Jon Wilner examines the conference’s recent moves in his usual stock report. … There is a lot going on at Oregon as the Ducks get ready to begin practice. The matchup between receivers and defensive backs should be fun to watch. … Oregon State has a lot of transfers and many of them could start. … Stanford hopes to bounce back this season. … The same can be said of California. … Utah is not the South favorite but could be. … UCLA has a lot of options at quarterback. … A handful of newcomers could have an impact for Arizona. The Wildcat linebacker corps has been revamped. 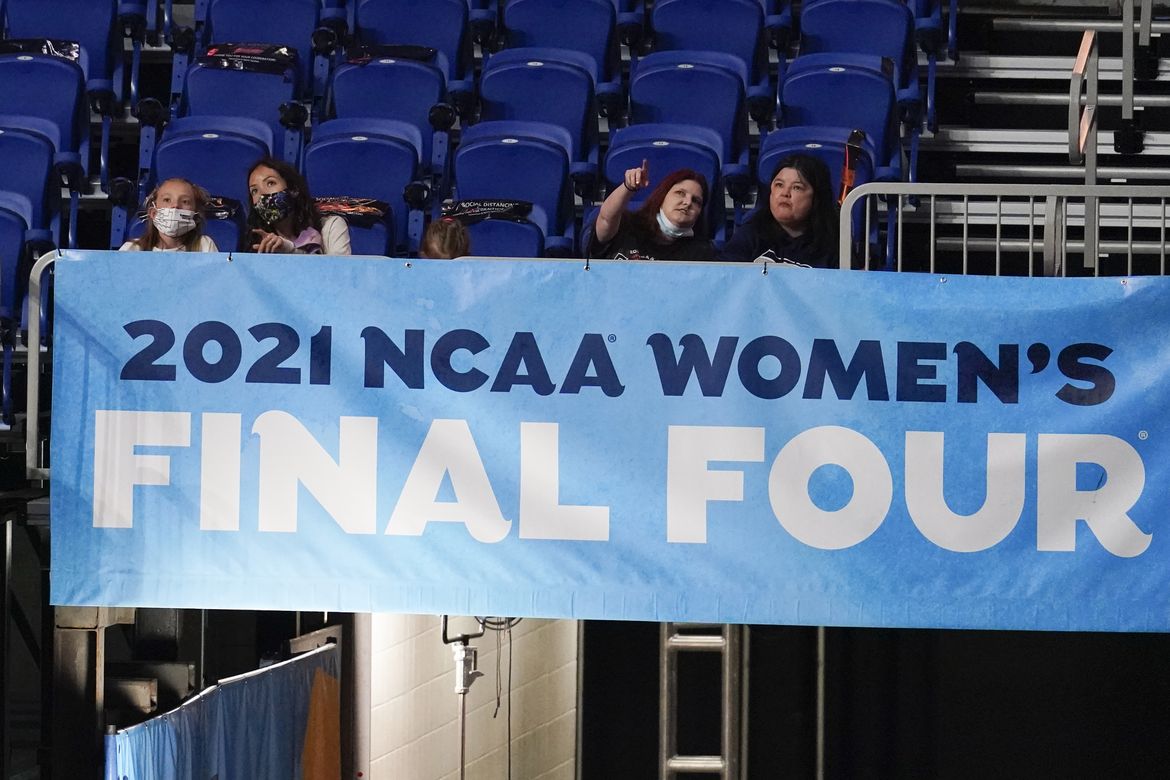 Gonzaga: There are some investigations in which the final outcome seems predetermined. Such was the case with the NCAA’s examination of gender equity at championship events. The sports that brought in the most revenue were treated differently. That’s not a shock. And the conclusion the genders were not treated the same way? Also not shocking. What will be shocking, however, is if meaningful change actually happens. Our Jim Allen delved into the report in this story.

EWU and Idaho: The Big Sky media day was last week but it continues to live on in the form of interviews by Larry Weir. Monday he posted a Press Box podcast with Eastern football coach Aaron Best and Tuesday Larry added another, this one including former EWU coach Beau Baldwin, head coach at Cal Poly San Luis Obispo. … Around the Big Sky, Idaho State has an interesting basketball summer shooting workout.

Indians: Roster churn is a given in minor league baseball. It is even more so this year after baseball winnowed down the number of teams. Spokane has seen players rise and has been the recipient of players moving up. Before yesterday’s opening game with Everett at Avista Stadium – won by the Indians 9-1 – Dave Nichols examined the recent turnover. 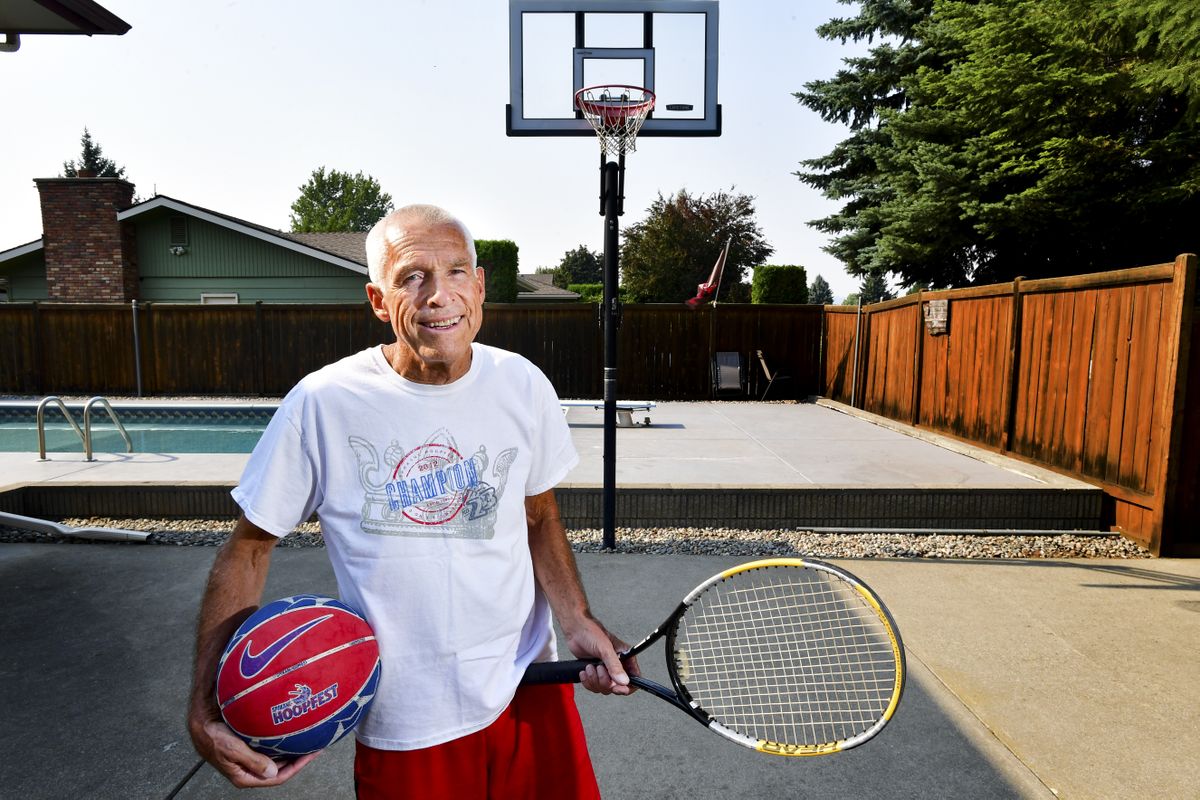 Hoopfest: This year’s 3-on-3 tournament will not only be in a new month (September) but will also include new divisions for older players. The latter can be attributed in part to the efforts of Jon Heimbigner. The longtime beacon of Spokane sports will be able to participate despite a recent health scare. Jason Shoot has all the details in this story.

Mariners: Yusei Kikuchi pitched well, the M’s scored just enough runs and Diego Castillo closed out his former team in a 4-2 win. The Mariners have won all six games against the Rays this season. … A healthy Ty France has been mashing the ball recently.

Seahawks: The defense feels its strong second-half showing from last season will carry over into this one. … Ahkello Witherspoon is one of the more interesting new members of that side of the ball. … Depth is in an issue at some spots, though. … Who will start at center? … Tuesday’s practice was the first in pads. There was some hitting.

Kraken: Yanni Gourde was ticketed to be one of the faces of the new franchise. Instead, he’ll sit out the season after undergoing labrum surgery. … Carey Price thought he was headed to Seattle as well.

Sounders: Cristian Roldan is back after the Gold Cup. Now he wants to help Seattle become the MLS’ gold standard once again.

• Oral histories are all the rage in sports journalism. Get a bunch of participants together and let them riff on what happened when. Seems simple enough. But in our experience, the stories told about certain experiences change over the years. It’s to be expected. Relished even. Shared memories, embellished or not, are what make long friendships so important. So alive. So poignant. Often-told punch lines bring head bobs. Laughter. Spurs more memories. Tears at times – happy and sad. The good times are cherished. The bad times? After years under relentless sanding in our memory banks, become good times as well. It’s the way it’s been forever. And always will be. Thankfully. Until later …