A GRIP ON SPORTS • What was your favorite sport to play in the summer time? Not now, of course. But when you were young? And, yes, I am assuming you are not young right now. Sorry.

• Want to know my dirty little secret? I can’t swim. Never learned. The guy in Sierra Madre who taught swimming had a time-honored tradition. Throw hesitant kids in the water and let them learn on their own. It worked. Most of the time. But some of us were so scarred by the experience – hey, I almost drowned – we never wanted to get back in the water at all.

Except I did. Want to get back in, that is. And be able to swim. But that one day at the town pool destroyed me. From then, every time anyone tried to help me learn the basics of swimming – believe me, many tried, from my sister and her lifeguard friend, to my former lifeguard wife, to buddies whose main teaching tool was sarcasm and peer pressure – I would end up thinking about the water rushing over my face and down my throat, which caused me to flail around so much the lesson was over.

But swimming was still fun. I would throw on some sort of floating device and dog-paddle or something around the lake by my lonesome. Or jump into the ocean to body surf with nothing on but a bathing suit. Or strap on a mask and snorkel and float around a neighbor’s pool.

I couldn’t swim a stroke but being in the water was my favorite summer activity. So it probably doesn’t count as a sport, in my case. Though, for the purposes of this exercise, anything we’ve seen in the Olympics the past couple weeks counts. Though, honestly, there’s no way I ever spent a second of my childhood playing field hockey.

Swimming was my favorite, just because of the relief it always brought. But the most common? It was either shooting hoops late at night in the backyard or playing some sort of baseball game during the day.

The former was a solitary affair. The lights would be turned on, the basketball found somewhere in the garage and off I would go, pretending to be a member of the Lakers or Knicks or Celtics. The NBA title was always on the line. And I always won.

The latter meant finding like-minded friends. Even in the late 1960s, that was becoming hard to do. We didn’t have a “Sandlot” group in my small hometown. By then, baseball was an organized sport, with even the parental bickering down to a science – hey, I swear there was a rulebook about what you could and could not say about that jerk who coached the Braves. 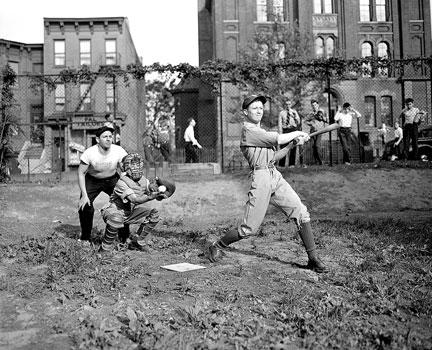 There was the occasional over-the-line game organized at the Little League park but some Vic Morrow-like coach would usually show up and shoo us off. I mean, heck, we were having fun playing baseball. Can’t have that. Not on his field.

It’s a wonder I still loved the game enough to, you know, parlay those over-the-line or three-flies-up or 500 days into a lifelong baseball-for-fun career.

Hopefully, your experiences were better. That parents and adults in your area encouraged such play. I know when my boys were young we certainly did. Helped in any way we could, actually, including talking with neighbors whose cars were in the way or paying for any damage an errant baseball or street-hockey puck or lawn dart might have caused.

The goal was to get them to do something – anything – unstructured during their summer days. Oh sure, camps were encouraged too. As was SYSA baseball and the like. But the hot summer days? Those were reserved for whatever caught their fancy outdoors.

Wiffle ball in the backyard, with the tree serving as the Green Monster. Street hockey in the cul-de-sac, with the designated goalie, my youngest, wearing so many clothes he looked like Goldberg in “The Mighty Ducks.” Touch football over two grassy front yards, which always led to a bloody nose – sometimes even inadvertently. Cutthroat on a backyard hoop.

Heck, even Legos became an outdoor competition. And I’m sure I saw it somewhere on NBC Sports recently. If I remember right, the Chinese won gold. 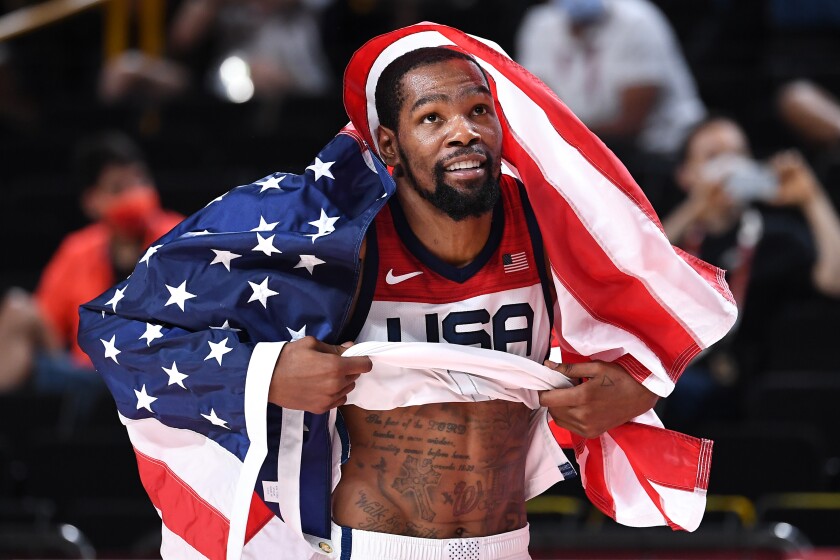 Olympics: You know, we might end up being wrong. The U.S. might not only win the overall medal count in these Olympics (it leads by 21 going into the last day) but it might catch China in golds as well. It trails by two, 38-36. The men’s basketball team did its part, with Kevin Durant’s 29 points leading it to an 87-82 win over France. … The U.S. baseball team couldn’t match that color, falling 2-0 to Japan in the gold medal game. If you didn’t know, Japan halted its professional league and sent an all-star team to the games. No wonder it won. … The U.S. women won the 4x400 relay, moving Allyson Felix into uncharted medal territory. … The men won that race as well. … The U.S. women’s water polo team also won gold. Did you know almost 60 percent of the U.S. medal total came in women’s sports? … Nelly Korda won the golf gold despite a weather delay. … The women’s basketball team will try to make it seven consecutive gold medals. … We’ve watched some wrestling lately and both matches we watched to the end included a U.S. wrestler scoring late to take home the gold. … Sports climbing is one of the newest Olympic sports. 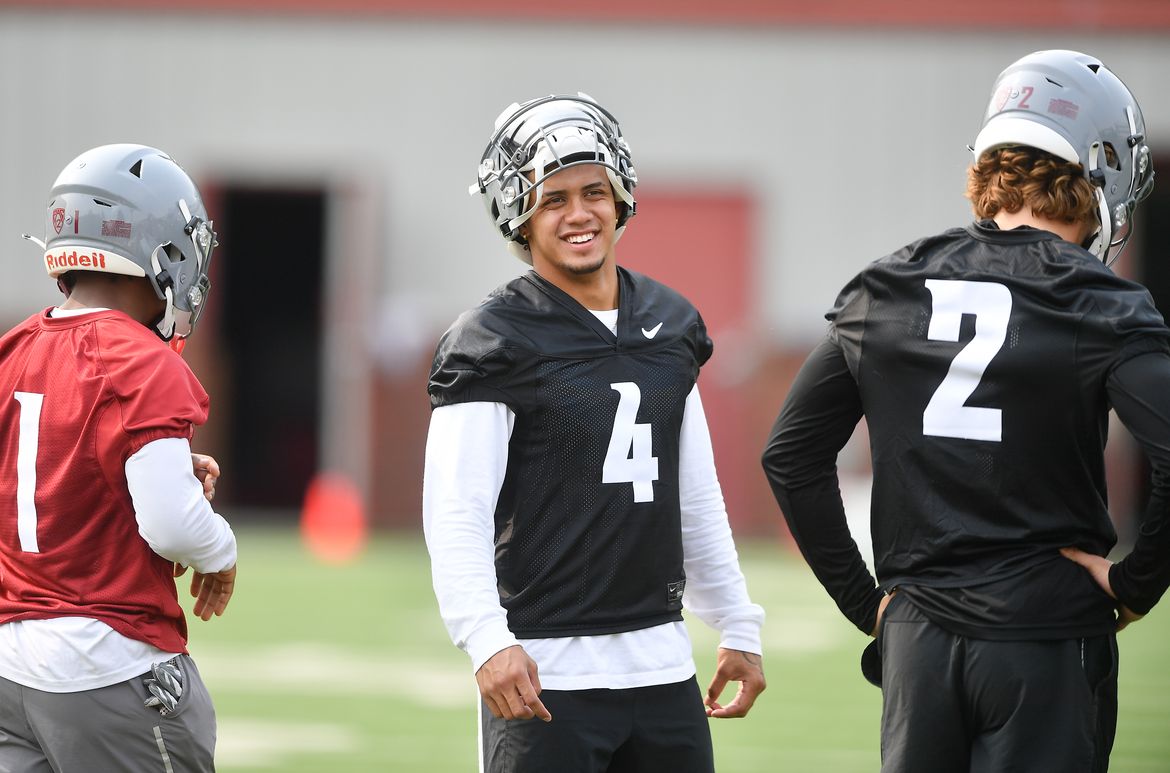 WSU: Did you know Washington State began football practice Friday? Of course you did. And guess what? It’s like it used to be. With practice for a couple hours and then post-practice interviews. Which means Theo Lawson has a main story on the player everyone is wondering about, freshman quarterback Jayden de Laura. And a notebook of other interesting developments from Pullman. And videos of interviews with Nick Rolovich, de Laura, Max Borghi and Jahad Woods, the heart of the Cougar lineup. It does one’s heart good to be able to access all this again. Former WSU quarterback Gardner Minshew just wants a chance, man. (At least that’s how I envision him saying it.) … Jon Wilner answers questions, mainly about realignment and the conference. … Some of it has to do with academics, you know. … Elsewhere in the Pac-12 and college sports, Washington’s best defensive player, Zion Tupuola-Fetui, tore his Achilles in the spring. Jimmy Lake said yesterday he’ll be back this season. That’s interesting. … A couple of Oregon defensive starters were unable to start practice with their teammates after an Airsoft gun incident. Let me tell you, I understand this and that’s all I’m going to say. … Oregon State opened practice as well with Tristan Gebbia throwing the ball around. … There is more than enough confidence to go around at Colorado. … The air quality at Utah isn’t good. And the pass protection has to improve as well. … UCLA has some depth at running back. … USC would love to stay healthy on the defensive line. … Arizona State feels it is in better shape. … Arizona opened camp with its quarterback contenders doing just “OK.” … In basketball news, the Buffaloes are in better condition for their summer trip.

EWU: Around the Big Sky, Montana State is still trying to figure out who will play quarterback. … Beau Baldwin is expected to bring success to Cal Poly. Can he? … Weber State has been good on defense for years. It’s time for the offense to catch up.

Indians: What the heck. Make it four consecutive wins for Spokane over the AquaSox. The latest came Friday night, 11-3 at Avista Stadium. Dave Nichols has the story. The Indians have handed Everett 26.7 percent of its losses this season.

Shock: Spokane is stumbling toward the regular-season finish line, done in mainly by injuries. Tonight they try to get back on track in Frisco, Texas. Justin Reed has a preview of the contest. 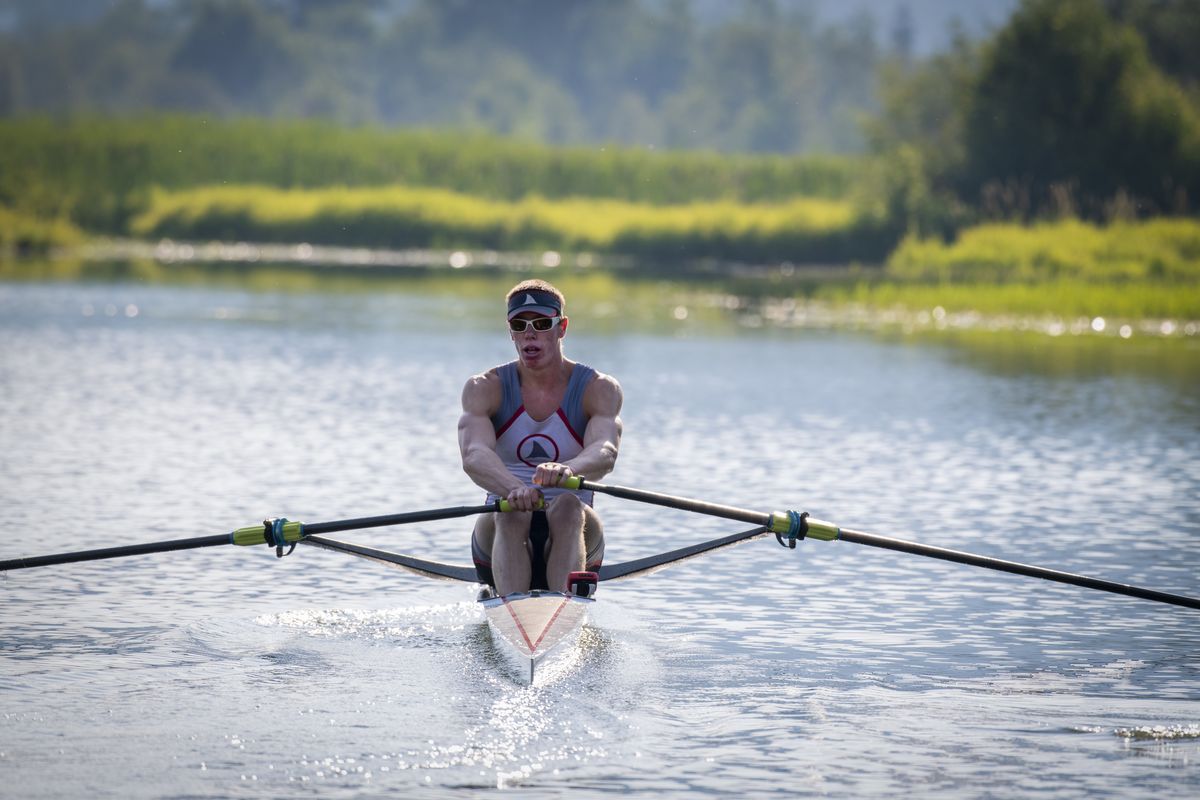 Rowing: Isaiah Harrison of Coeur d’Alene is headed to Bulgaria for this week’s U19 World Rowing Junior Championships. Jason Shoot has a story and Jesse Tinsley has a photo report.

Mariners: Reverting to the mean? Maybe. The M’s won a lot of one-run games earlier this season. Now they’ve lost a couple in a row. The latest? Last night, 3-2 in 11 innings against the Yankees. … Luis Torrens will have to make more adjustments. 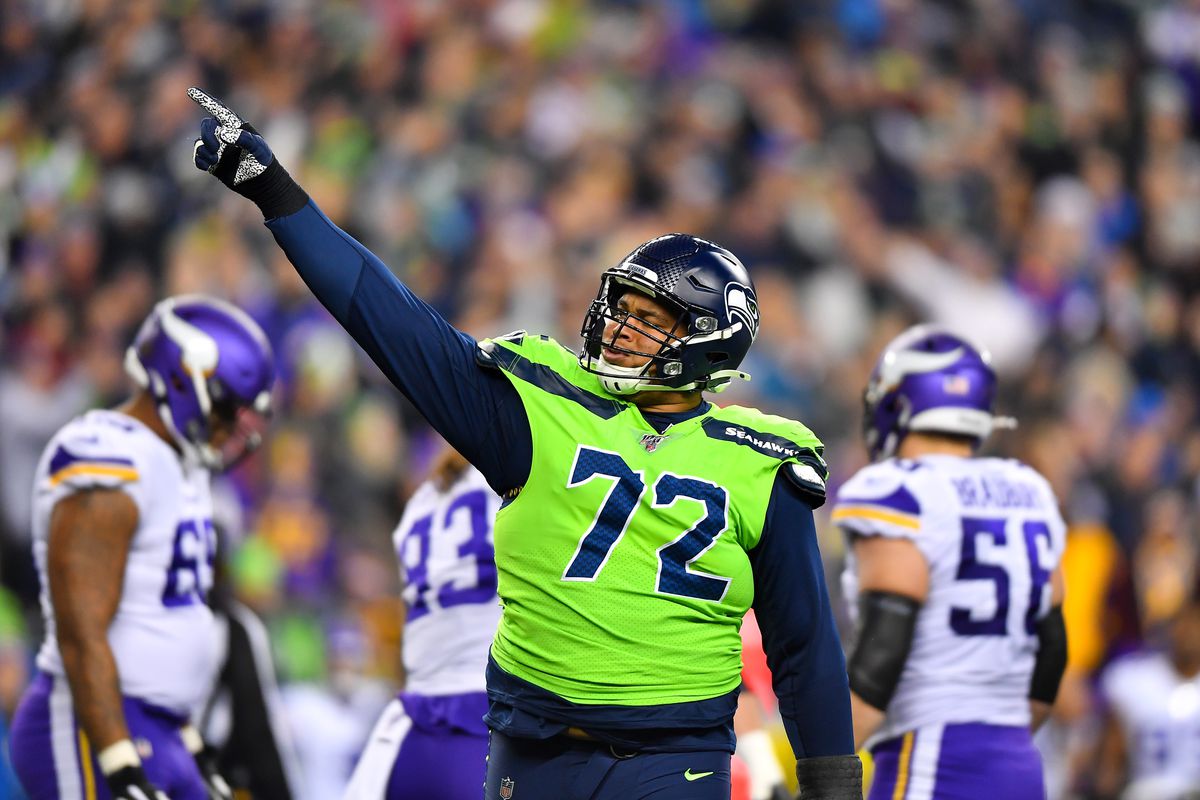 Seahawks: Al Woods took last year off due to COVID-19. Now the defensive lineman is helping the Hawks in a lot of ways. … Tyler Lockett understands what it takes to be successful at his job day after day. He also sees the new offense as looking like a two-minute drill. … Duane Brown is starting to lose patience. It may be time to get a contract done. The same with Jamal Adams. … Freddie Swain keeps impressing folks.

• The flurry of events near the end of the Olympics also included the women’s marathon. We watched some of it, until the United States’ Molly Seidel seemed to be fading. I bailed. She didn’t, battling back to win a bronze medal. I’m disappointed in myself. Until later …