A GRIP ON SPORTS • Bases loaded. No outs. Tie game. Top of the lineup coming to the plate. Winning time. Uh, no.

• We’ve heard all about the reasons why the Mariners are starting to fade, again, in the wild-card race. The Kendall Graveman trade destroying team chemistry. A reversion to the mean in one-run games. Getting homered in New York. All with a grain of accuracy and truth.

But the real reason? The Mariners aren’t good enough yet. And Monday night’s bottom of the ninth inning, in a test tube, showcased that shortcoming.

After all, teams that make the playoffs win games in which they don’t really have any business winning – see Giants, San Francisco, about 25 times for further proof this year. The M’s played poorly against a poor Texas Ranger team yesterday, didn’t have any right to expect to win and then should have. In a walk. They didn’t, losing 5-4 in 10 innings.

Leading 3-2 entering the bottom of the ninth, Texas closer Spencer Patton did his best to hand the Mariners a win. He walked Jake Bauers. Walked Jarred Kelenic. Tried to walk Cal Raleigh, but the rookie catcher would have none of it and dunked a hit into right.

Patton then decided he had to work harder and threw Jake Fraley four pitches Vlad Guerrero Sr. wouldn’t have swung at. Tie game. And here comes the best the M’s have to offer (other than maybe Ty France): J.P. Crawford. Mitch Haniger. And Kyle Seager.

One walk and the game is over, with the home team making a dog pile at home plate. One hit, ditto. Heck, one deep fly ball. One slow roller. Or even one hit batter.

Crawford struck out, swinging at two high fastballs that were questionable strikes at best. Mitch Haniger, who already had a home run, didn’t come through either. He struck out when contact – or patience – was called for. Heck, demanded.

That left it up to Seager, who like Haniger had hit a solo home run earlier in the game. Not this time. A deep fly ball. Out No. 3. Let’s not even remind everyone if Crawford or Haniger had done just that, the M’s would have won 4-3. Instead, let’s take a peek at three paragraphs from Ryan Divish’s game story from the Seattle Times that ran in the S-R (and we linked above).

“Disappointing,” (M’s manager Scott) Servais said. “I thought we had enough there to walk this one off. We’ve done it so many times this year. We just didn’t finish it off.”

None of the pitches that Crawford and Haniger swung at were strikes per Statcast data. It was frustrating for Servais.

“Certainly Patton was struggling command-wise,” Servais said. “He does have a really good rising fastball, and we helped him out a little bit. It does happen once in a while. But we got away from what got us into that position and that’s trusting the guy behind you and really forcing that pitcher into the strike zone. That was really the key to the inning and it got away from us there.”

That last phrase tells it all. “It got away from us there.” Just like this season is doing. Again. 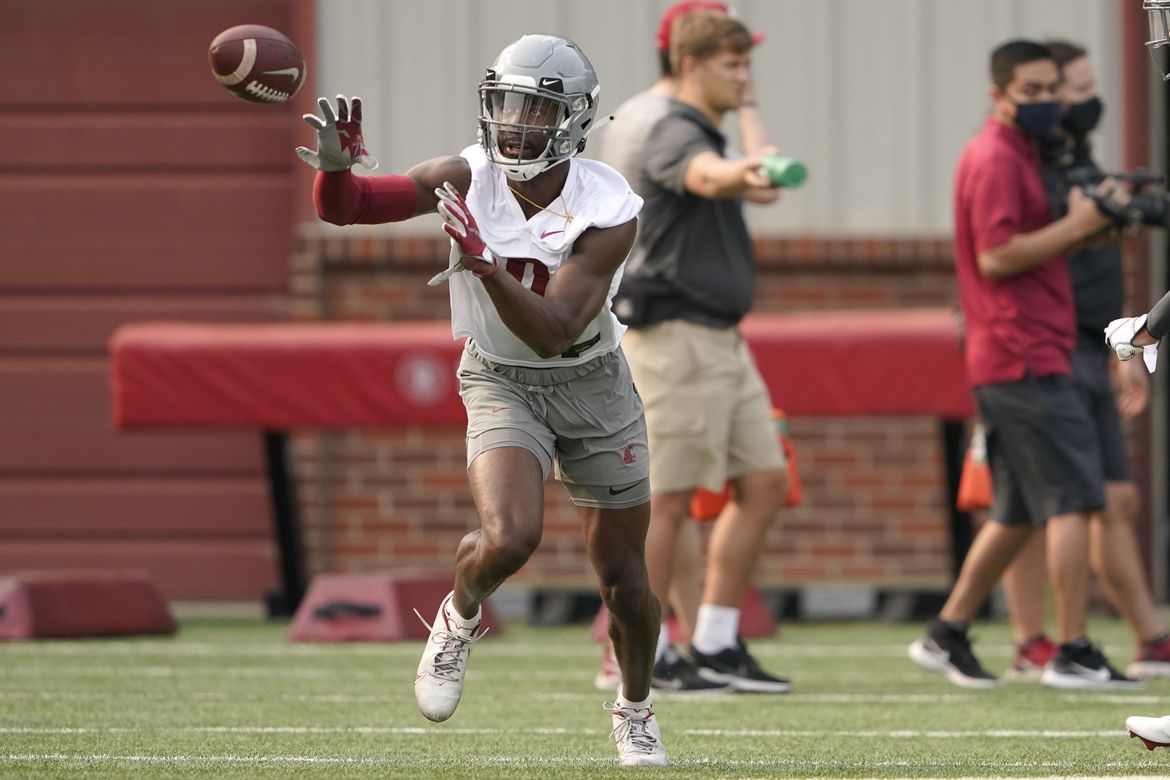 WSU: Practice rolled on yesterday, with Theo Lawson in attendance. He wrote one of those number stories. No, not statistics. Numbers. Uniform numbers. As in why Jaylen Watson wears No. 0. … Theo also has a notebook that has other numbers. Statistics this time. … We wrote our thoughts about Nick Rolovich’s vaccination decision last week. Seattle Times’ columnist Larry Stone wrote his thoughts yesterday and they ran in the S-R this morning. … Kyle Smith is still not happy about losing Kim Aiken to Arizona over an academic decision. … Elsewhere in the Pac-12 and college sports, Jon Wilner has a three-part look at 10 years of the Pac-12 in football. Best teams. Best players. Best and worst in other ways. We have one thought. Gardner Minshew only played one year in the conference. But that year was so good (and set so many records) it should have trumped the up-and-down career of Justin Herbert as the second-team quarterback. … We linked Wilner’s piece on keeping USC happy yesterday morning. Now we link the S-R version, which you all should be able to read. … One position about which Washington has to make a decision: safety. … There was big injury news out of Oregon State. Isaac Hodgins had foot surgery and will be out at least eight weeks. … The Beavers may have already winnowed down the quarterback battle to two players. … Though Oregon was missing a few players, the ones at practice made some plays. … The Ducks were ranked 12th in the coaches’ preseason poll, highest of any conference school. USC, which is trying to develop quarterback depth, was ranked 14th while Washington checked in at 21st. … Utah was unranked, as was Arizona State. … Colorado may end up being young at the tackle spots. … UCLA is trying to shore up its secondary. … Arizona tried to improve its strength over the offseason. … Finally, the Arizona Bowl will not be getting any money from Pima County after teaming up with Barstool. … In basketball news, Oregon promoted former Gonzaga assistant Jodie Berry from assistant to associate head coach. … Colorado is filling out its roster with walk-ons.

Gonzaga: Corey Kispert played his first NBA summer league game for the Wizards. Yes, hit a 3-pointer. A couple of them. … The Zags will be playing in the PK85 in November of 2022. So will 15 other teams, including all four Division I teams in Oregon. Jim Meehan has more in this story.

Idaho: Over the past year or so, you could have put together a to-do list around the athletic department that would have scared Hercules. As Peter Harriman tells us, athletic director Terry Gawlik just tried to get it finished. 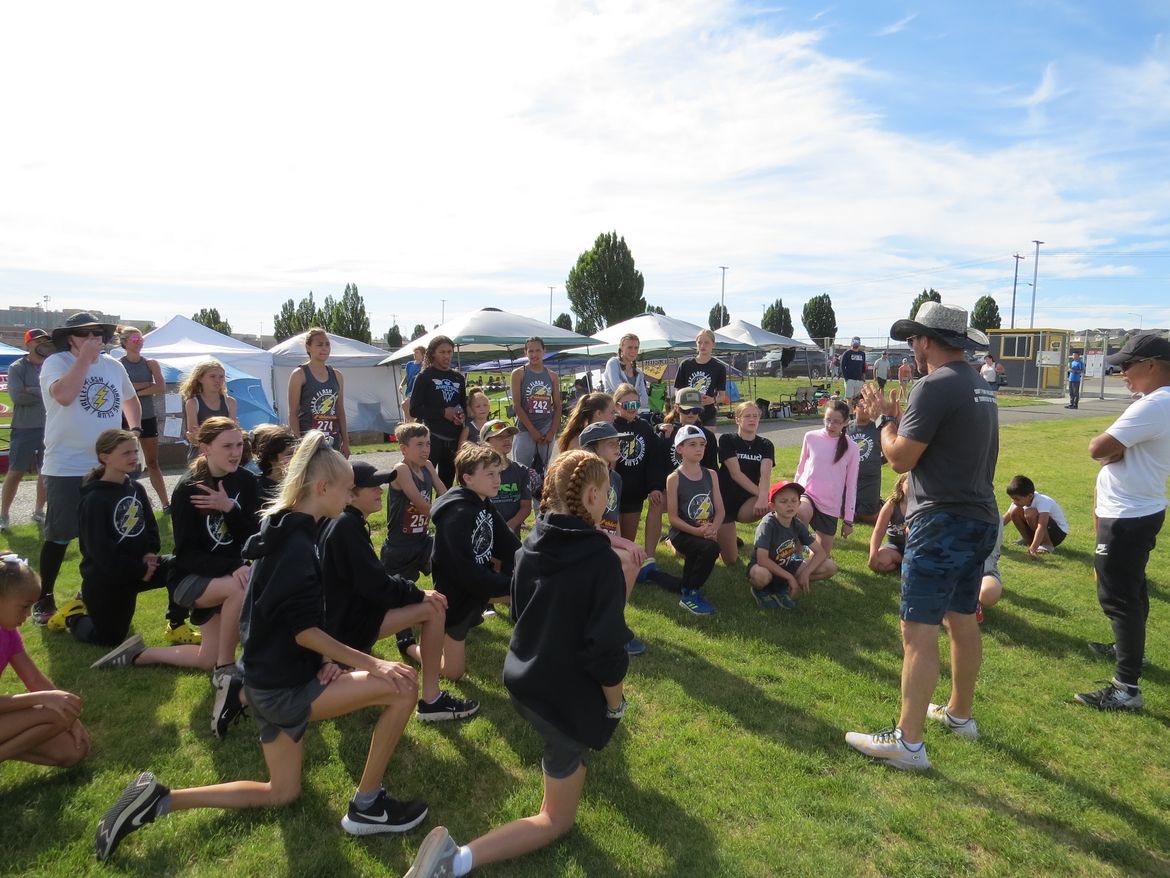 Preps: Our youth sports notebook includes a lot of track and field news.

Indians: After handling league-leading Everett with ease, Spokane traveled to Pasco for this week’s series and didn’t start well. Dave Nichols has the story of the Indians’ 9-1 loss against Tri-City.

Mariners: J.P. Crawford had food poisoning in New York, if you were wondering. … The M’s have to make a decision soon about Jerry Dipoto’s status. But Corey Brock thinks it already has been done and the team will make an announcement soon.

Seahawks: Jamal Adams and Duane Brown have yet to iron out extension with the Hawks. They stand and watch practice. Russell Wilson might come to the rescue. … Tre Flowers wants to be the guy who rescues the pass defense. … D.J. Reed wants to continue to be the lead punt and kick returner.

Storm: Katie Lou Samuelson had to miss the Olympics due to COVID-19. She’s still dealing with the mental anguish of that.

Sounders: Sure, it may have been a match that was just a made-for-ESPN thing. But the Sounders dominated Tigres UNAL, one of the top clubs in Mexico. The 3-0 win was fun to watch.

• We’re getting out of here early today for a big reason. It’s our 42nd wedding anniversary. Wait, that’s not the reason we need to be done early. I’m playing golf this morning. On my anniversary. Hey, don’t judge me. I’m only playing nine. In my defense, Kim has a dentist’s appointment this morning and I also have lunch plans with friends. She and I are going out to dinner tonight to celebrate. At this age all we are celebrating is still being alive and kicking, right? No, not really. I know what I’m celebrating. I found the perfect person to share my life with. I realize that more and more every day. What she’s celebrating, I can’t tell you. I still haven’t figured it out. Until later …