A GRIP ON SPORTS • What do you think about when you can’t sleep? Retirement? The noise the pine tree makes when the wind blows? Whether your children are happy? What will happen during Washington State’s football season? We ran the gamut during the latest hot August night, starting at about 1:30 in the morning.

• The dog must have heard something about that time, because he wanted to go outside. Or maybe he was just suffering from a little insomnia. It seemed have been going around. Anyhow, we started thinking about the Cougars – I imagined the dog heard one of the big cats prowling around outside – and one of our pet theories we’ve developed over the past three or four decades.

Washington State can have a decent season without dodging the injury bug. But for any year in Pullman to be special, the Cougars need to be healthy to a degree that defies expectation.

Some schools seem to have depth at every position. It’s a sham, of course, but the backups at Oregon and Washington and USC and elsewhere hold such strong high school resumes, no one worries when they have to ascend to a starting spot. The same can’t be said of WSU. The Cougars, even under the two successful Mikes, Price and Leach, had stars sprinkled on both sides of the ball. But their success was built on players who built themselves into players at Washington State. Guys who were overlooked out of high school but became standouts while in Pullman.

That’s all well and good but it doesn’t happen with every recruit. Hit on enough, have them stay healthy enough to coalesce as a group and, bingo, seemingly overnight the Cougars go from middle of the pack to leaders.

Will it happen this year? As I dozed I wondered how the injury situation was thus far. That will tell the tale.

• At about 3:30, when I decided to move downstairs where it was cooler, my thoughts turned to baseball in general. And the M’s specifically. 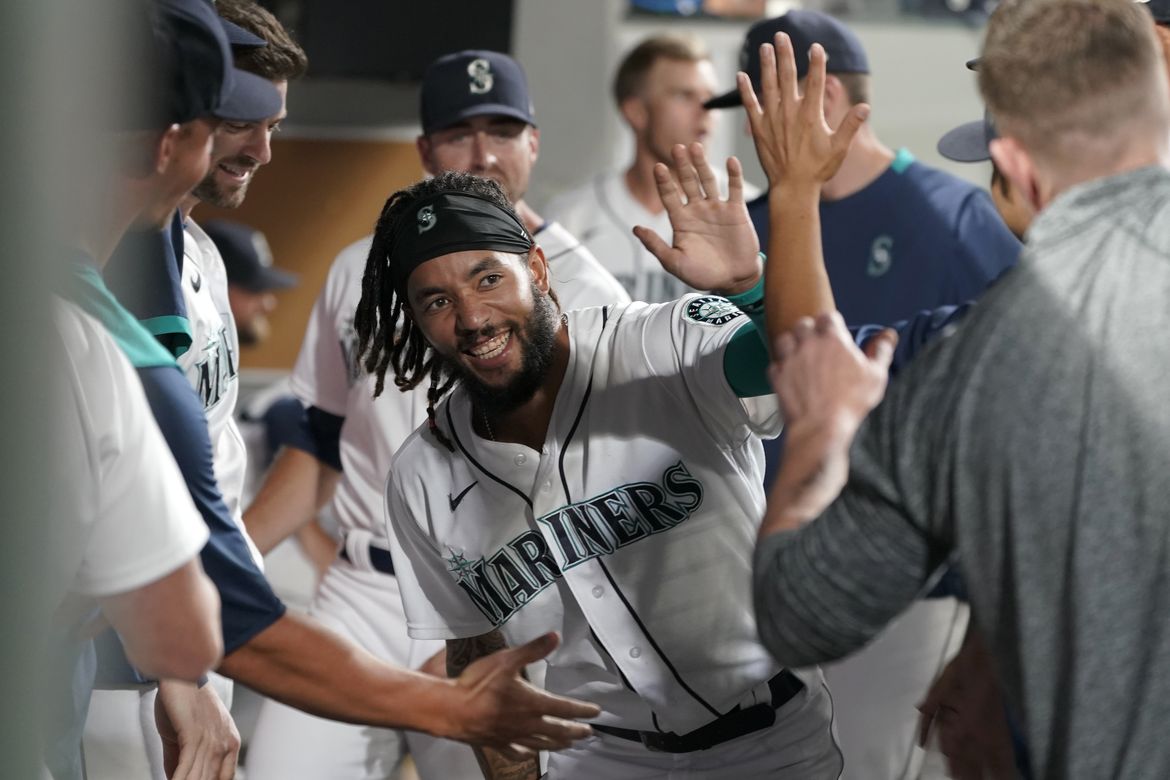 Will they make the playoffs in my lifetime? I decided the answer was yes. Would they ever make the World Series let alone win it? Weighing the possibilities in my mind was somewhat akin to counting sheep. If the last sheep in the row kept stumbling over the rock wall the flock had been jumping.

Unless management changes, I don’t see the M’s ever winning the American League title. The group in charge just won’t spend the capital to make it happen. And don’t ever forget it is capital that determines winners in professional sports, especially baseball.

• Then woke again at 4:30. It was the dog once more. This time I think his stomach was upset. Maybe he had been thinking about the Seahawks, Aldon Smith and second chances. Heck, that’s enough to make anyone’s stomach roil. It didn’t bother me, though. The Hawks rolled the dice and it didn’t work. The investment was tiny, the odds long. At least they tried.

More importantly for the well-being of the franchise is how they handle Jamal Adams and Duane Brown. They need both. And they need both happy and feeling appreciated. They also need to keep enough cap space – read, money – in their pocket to make moves as the season wears on.

It’s a conundrum all right, one John Schneider and Pete Carroll, in that order, have to figure out.

Will they? Yes. The two are so crucial to their team’s success, something has to be worked out. Just like I had to fall asleep so I could feel rested and refreshed while writing this column. 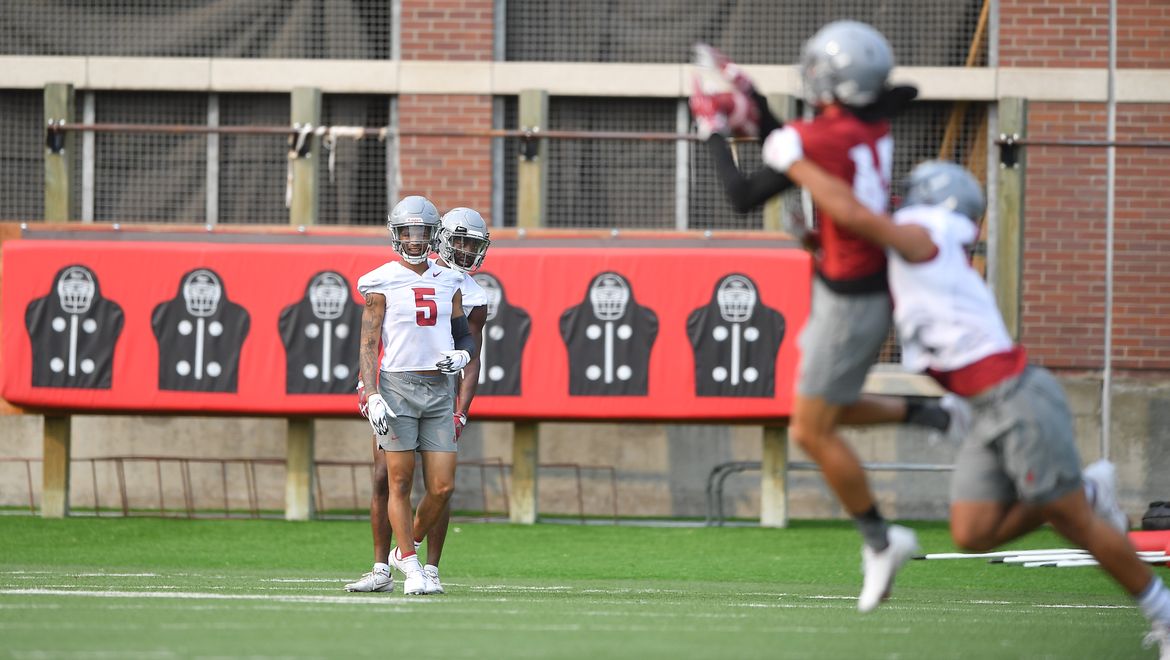 WSU: Theo Lawson is not only a great videographer – as these videos of interviews with Nick Rolovich, assistant coach Kyle Krantz, left tackle Liam Ryan and defensive tackle Amir Mujahid show – he’s also an astute observer of practice. He shows off that skill in this notebook. … He’s also a great podcast guest, speaking with Larry Weir on the latest episode of the Press Box podcast. … Elsewhere in the Pac-12 and college sports, yesterday we linked Jon Wilner’s best and worst from the conference in the past decade, as it appeared in the San Jose paper. Today we link it from the S-R, in case you couldn’t read it. … We also link his stock report, as it appears in the Mercury News. … Realignment is still on everyone’s mind. … Six days of practice, 10 thoughts on Washington. Beer sales should be one of them. … Oregon is still looking for a backup quarterback and running back depth. … USC is looking for depth at quarterback as well. … Oregon State has had a bunch of great tight ends over the years. … So has Colorado, though this year the group is young. … At Utah, the iron among the defensive backs sharpens the iron among the receivers. … UCLA quarterback Dorian Thompson-Robinson missed time due to an injury. … Why did Arizona State’s punter decide to leave the school so late in the offseason? Could it have to do with the issues the Sun Devils face? … The younger Arizona players are getting their time to shine. … Larry Smith should have never been allowed to leave the Wildcats. …  In basketball news, Colorado is ready for a trip to Costa Rica. 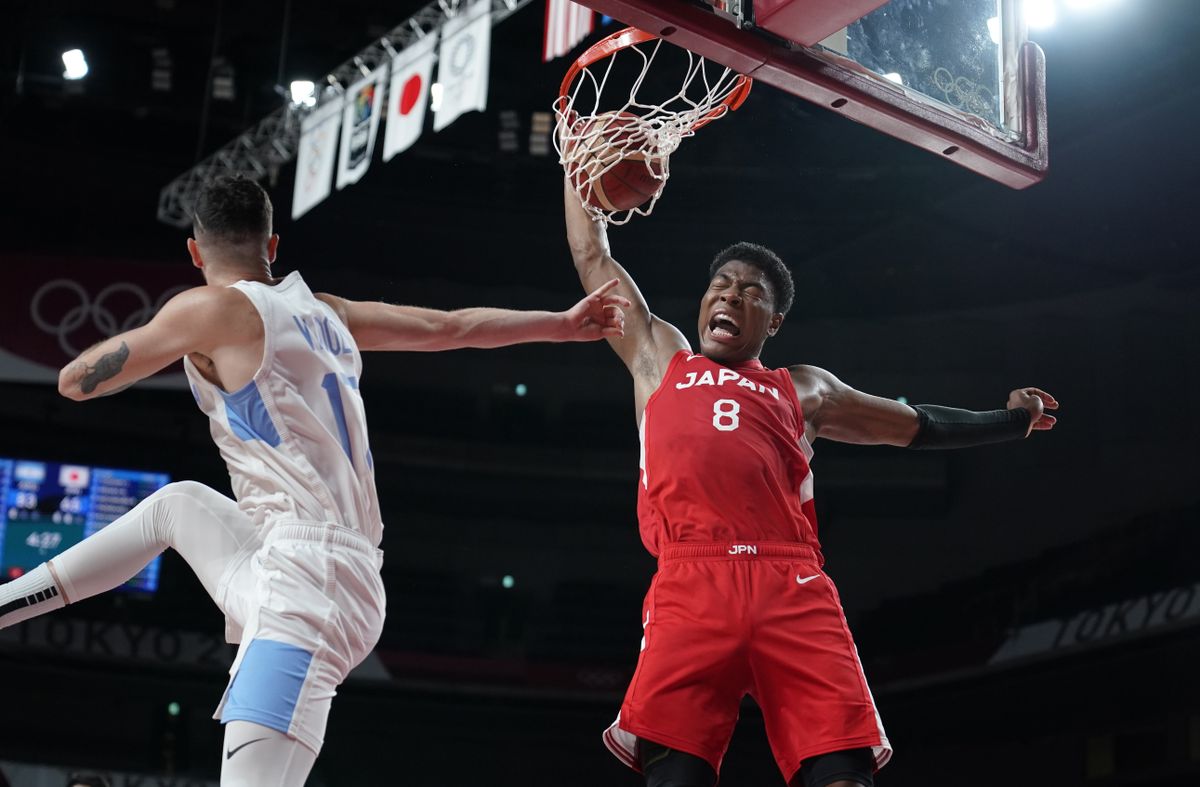 Gonzaga: Rui Hachimura’s Olympic experience was top-notch. Other than the fact Japan didn’t win enough games. And the home fans couldn’t watch. … Hey, this conference realignment draft is fun, if only because the Zags were a first-round pick. It has to do with hoops.

EWU and Idaho: Around the Big Sky, Montana is trying to pick a starting quarterback. … Weber State will rely on its receivers to create mismatches. … Montana State is rebuilding its offensive line depth.

Indians: Mitch Kilkenny put together a great start. The Spokane bats put together three two-run innings. And the Indians rolled Tri-City 6-0 in Pasco. Dave Nichols has the game story. … Dave has more, though. He also has a feature story on the Indians’ hitting instructor, Zach Osborne. 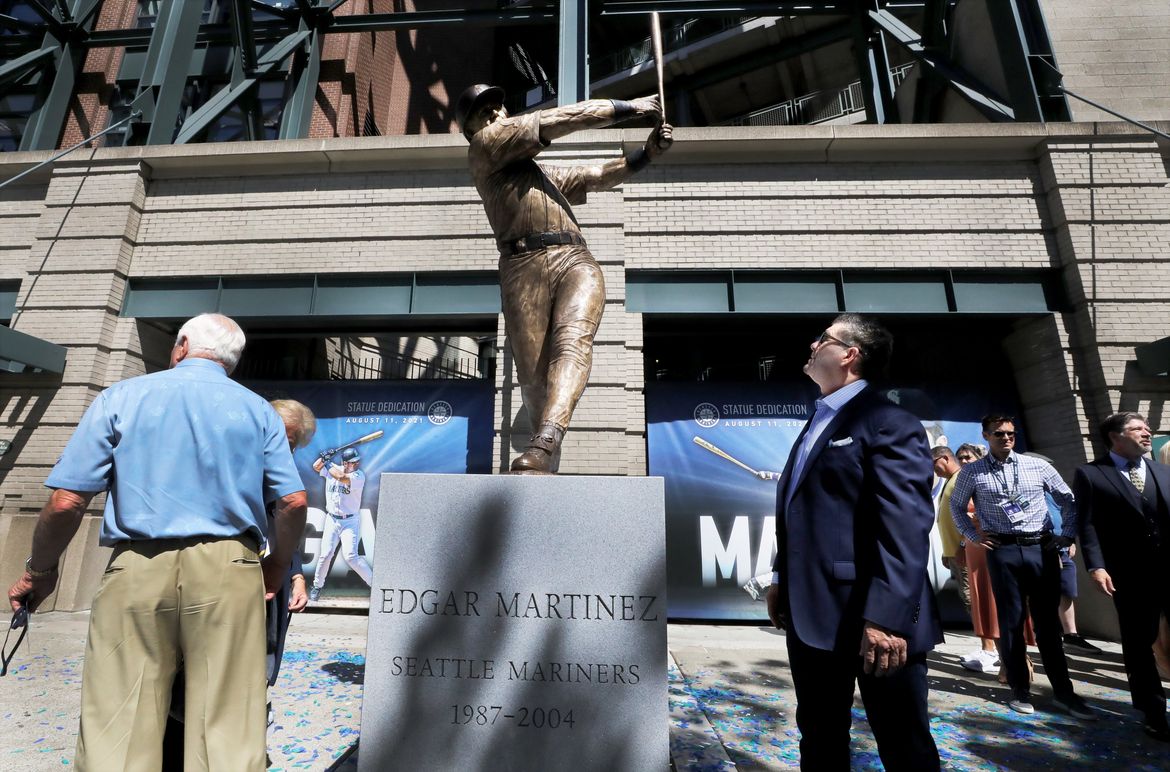 Mariners: The one-run magic returned for one night against the Rangers. Thanks to a Luis Torrens’ hit, the M’s won 2-1 in the bottom of the ninth. … The big news of the day, however, came outside the stadium where Edgar Martinez was honored. How? With the second statue of a Mariner legend. The guy who was first, Ken Griffey, Jr. showed up as well for the unveiling. … Joe Smith has been around a long time. Now he’s part of the Seattle bullpen.

Seahawks: Besides practice and the Smith news, there is also a report about Adams’ contract negotiations. … The receiver corps is expanding. … Will Dissly wants to stay healthy and contribute to a strong tight end group.

Storm: Seattle had five players in the Olympics. They are back as the season resumes.

Sounders: Seattle’s top assistant, Gonzalo Pineda, is headed to Atlanta to become the man in charge.