A GRIP ON SPORTS • The amount of money thrown around in professional sports contracts is hard to comprehend, isn’t it? The latest to cash in, Monopoly-style, is Seahawks’ safety Jamal Adams. He can reportedly earn $70 million if he plays out his four-year extension. That’s a lot, isn’t it?

• Why yes it is. But not out of the ordinary among professional football players. Or baseball players. Or soccer or basketball. It is normal, which is to say throughout society, worldwide, entertainers are paid amounts that are hard to wrap our arms around. It sort of like the number of stars in the universe. Scientists tell us there are 10,000 stars out there for every grain of sand on this planet. Think about that. Look at the Sahara Desert. Realize how many grains of sand are just in, say, Libya alone. And then multiply that by 10,000. No way. Can’t fathom that number.

It’s like trying to make sense of how much Trevor Bauer is getting paid ($40 million) to not pitch for the Los Angeles Dodgers right now. Or how much Patrick Mahomes makes per pass attempt ($76,530). Or the amount LeBron James has earned every minute of his long NBA career ($5,993.41).

Like we said, Monopoly money. Except it isn’t. It’s real dollars earned through hard work, talent and, yes, a little bit of luck and fortuitous timing. And it’s the amount the market is willing to provide. In other words, a contract extension like the one Adams just signed wouldn’t be available if there wasn’t a way of paying for it.

Teams get rich. Leagues get rich. Broadcasting entities get rich. Players get rich. It’s the way it works. All because you and I are willing to watch. To invest our time. Through some convoluted formula akin to string theory, our investment of three-hour increments in front of the TV translates into millions of dollars for people like Adams. And Jody Allen, the Seahawks’ owner. And CBS stockholders. Weird, huh?

It’s only going to get more lucrative, at least for a while. Turns out TV-watching habits changed a bit during the pandemic. And have yet to change back. Live TV is out. Streaming is in. Except for live sports. Sure, the Olympics weren’t watched religiously, as has sometimes been the case in the past, but its rating decline wasn’t any worse than broadcast TV as a whole.

In fact, sports has kept up quite nicely, despite our changing work and life dynamic of the past 18 months.

Which means there is still money to be made. And the Jamal Adams of the world will continue to cash in. They’ve earned it.

• Now that John Schneider has been able to get Adams’ name on an extension, Duane Brown has to be next, right? He better be.

The protector of Russell Wilson’s backside – literally and figuratively – is still on the outside looking in. The Hawks can’t afford that. He’s too good and their offensive line is too porous.

An extension of some sort will get done. And Brown will return to practice as a participant instead of just a viewer.

It was a perfect cap to a summer day, even if said summer day didn’t seem all that summer-like. 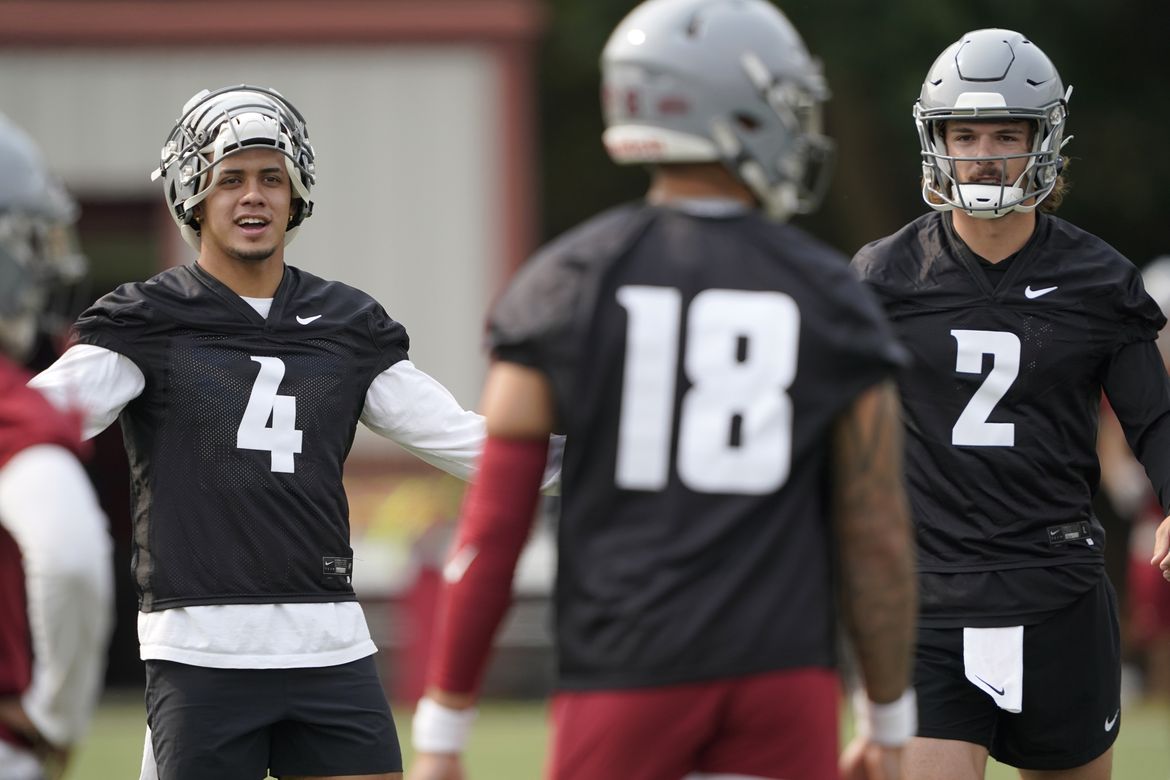 WSU: Theo Lawson took to Twitter yesterday to let everyone know about his new S-R role. And Colton Clark did the same. Yep, there is another changing of the guard in Pullman. Since I left the beat less than 10 years ago, the S-R has been represented by Christian Caple, Jacob Thorpe, Theo and now Colton in Pullman. The newest member of the fraternity has this notebook about Tuesday’s practice in today’s paper. … I haven’t really left the stage, however. I talked about the Cougars (and a lot of other subjects) yesterday with Larry Weir. The conversation is part of the latest Press Box podcast. … Jaylen Watson wears No. 0 for a reason. … Mike Leach’s second year at Mississippi State is about to begin. … The Seattle Times editorial board doesn’t think much of President Kirk Schulz’s COVID-19 protocols as they relate to Nick Rolovich. … Elsewhere in the Pac-12 and college sports, the conference’s AP rankings were cool and all but it is all about the playoffs. … Jimmy Lake spoke yesterday after another committed high school player changed their mind, alluding to wolves and buzzards and vultures. Funny thing. Nowhere in this Seattle Times story was a mention about the players committed elsewhere who have switched to Washington over the years. Everyone does it. A verbal commitment is worth about two cents in the million-dollar business of recruiting. … Oregon is one of the schools that does it best when it comes to turning recruits. The Ducks have to make such things matter on the field. … The quarterback competition at Oregon State is still a four-person race. … There is only one in the competition at Colorado now. … Utah is happy to have a head-turning running back on its roster again. … A UCLA receiver was suspended after a sexual assault allegation. … A freshman USC tight end has impressed. … Arizona State doesn’t have a go-to receiver as of yet. … Meanwhile, Arizona is still trying to decide who to start at quarterback. … In basketball news, Colorado accomplished a few things on its foreign trip. 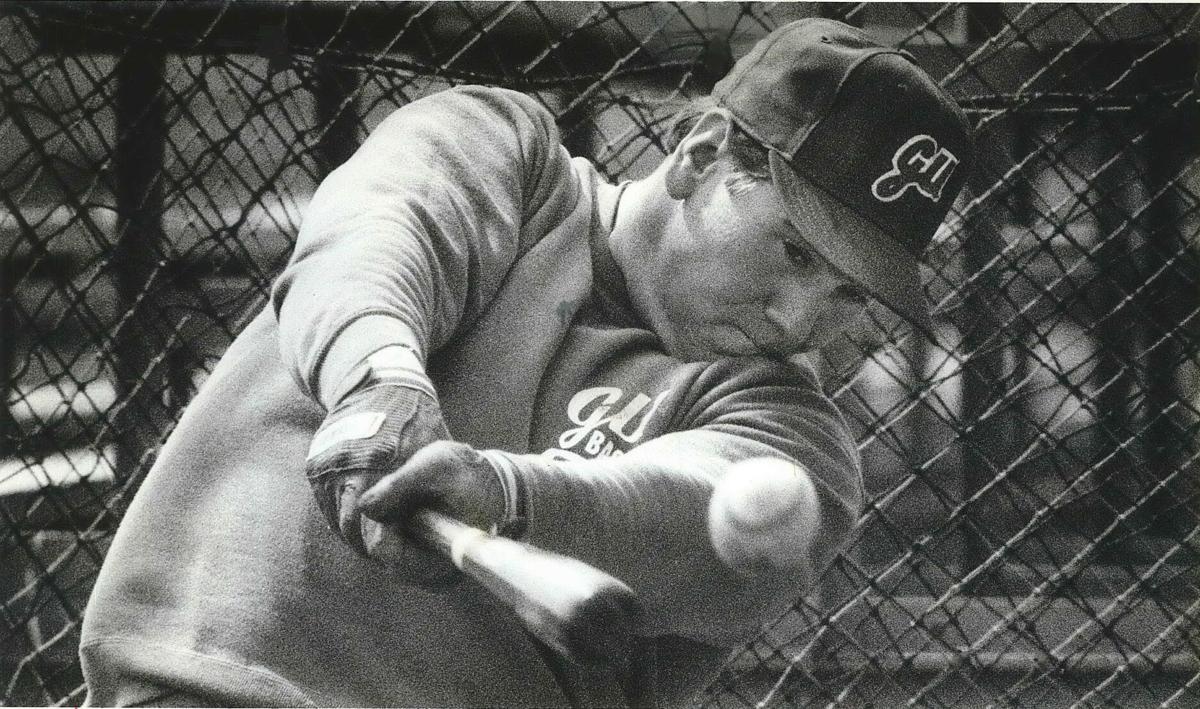 Gonzaga: We heard about Jeff Hainline’s death last week and now can finally share it as John Blanchette writes a remembrance of Gonzaga’s most prolific power hitter. The 56-year-old, and his wife, died after contracting COVID-19. … Filip Petrusev is still not moving to the NBA just yet, signing another one-year contract in Europe. Jim Meehan has more in this story.

EWU and Idaho: Around the Big Sky, some Northern Colorado players still harbor NFL dreams. … Montana State is trying to get stronger every day. … Getting better at the cornerback spots is a goal at Montana. … There has been a subtle changing of the guard on the Weber State defense.

Indians: Tuesday night’s game was postponed due to the awful air quality that blew in just before game time. Dave Nichols used the time to write this notebook as Spokane makes a late run at a High-A West playoff spot. Last night’s game will be made up as part of a doubleheader Sunday. 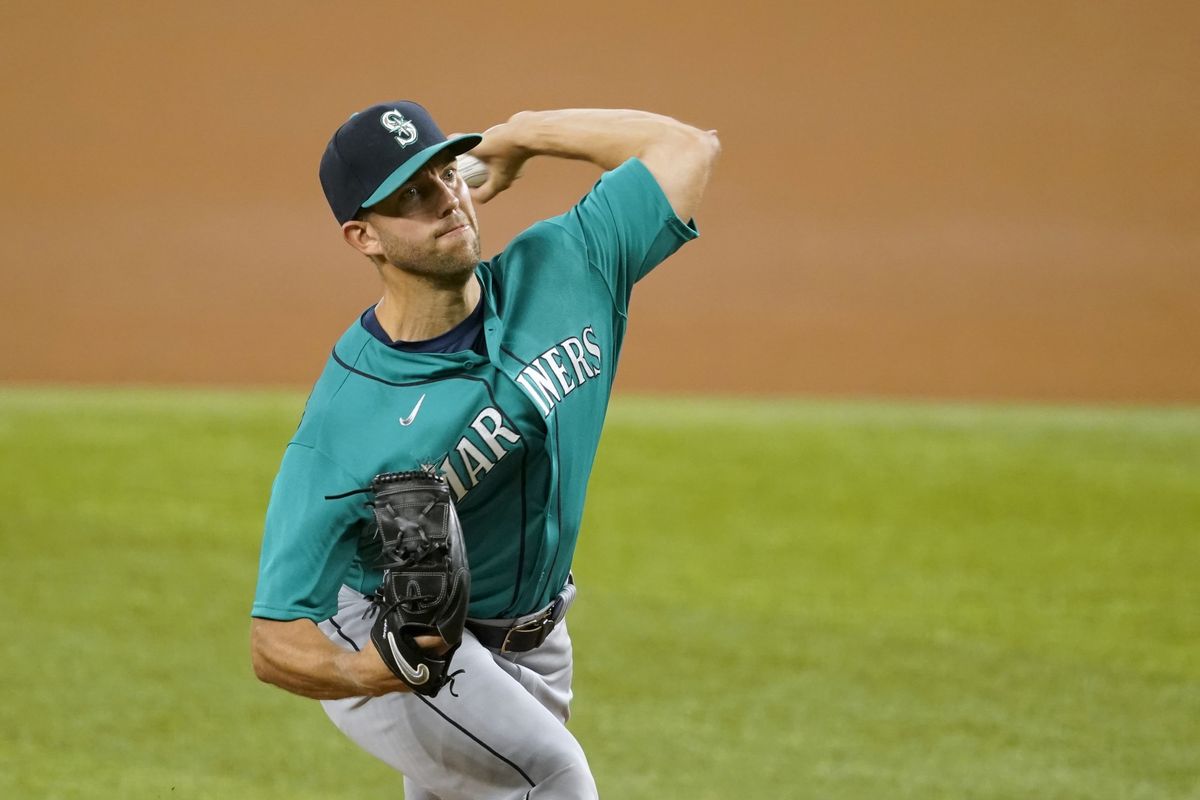 Mariners: As we mentioned above, the M’s earned a 3-1 victory at Texas. … The farm system was ranked the worst in baseball not too long ago. It is now rated the best.

Seahawks: The big news, of course, was Adams coming to terms with the team on an extension. He practiced in the afternoon after signing in the morning. … Now that Adams’ deal is done, who is next? … A young receiver was cleared to practice.

Sounders: The road beckons for Seattle this week, starting in Dallas tonight. … The 6-2 rout of Portland on Sunday tells us a lot about both teams. Matt Pentz delves into that in this Athletic story I meant to link yesterday but just forgot.

Kraken: The offseason isn’t about hockey. At least not every minute. … The team is about ready to announce a vaccine mandate to attend games.

• As someone who can remember when Mickey Mantle was the first baseball player to make $100,000 a year, the amount of money given athletes has never really bothered me. Except in the way there are others in our society that should be paid more. You know, like journalists. In a perfect world, there’s little doubt someone like John Blanchette would command a four-year, $137-million contract. Or yours truly would be holding out for a well-earned five-year extension – at a whopping $17,027 a year. It’s all about being paid what you’re really worth. Until later …