A GRIP ON SPORTS • With one swipe of his pen Wednesday afternoon, Washington Gov. Jay Inslee took WSU athletic director Pat Chun and president Kirk Schulz off a hook from which they have been dangling for four weeks. Allowed Chun and Schulz to breath again. Removed the onus from their backs. Put it on his own, where it joins about 100 others.

• Ever since Washington State football coach Nick Rolovich made it clear in late July he wasn’t vaccinated against COVID-19, and he didn’t plan to be vaccinated, the Cougar athletic hierarchy has faced a barrage of criticism. 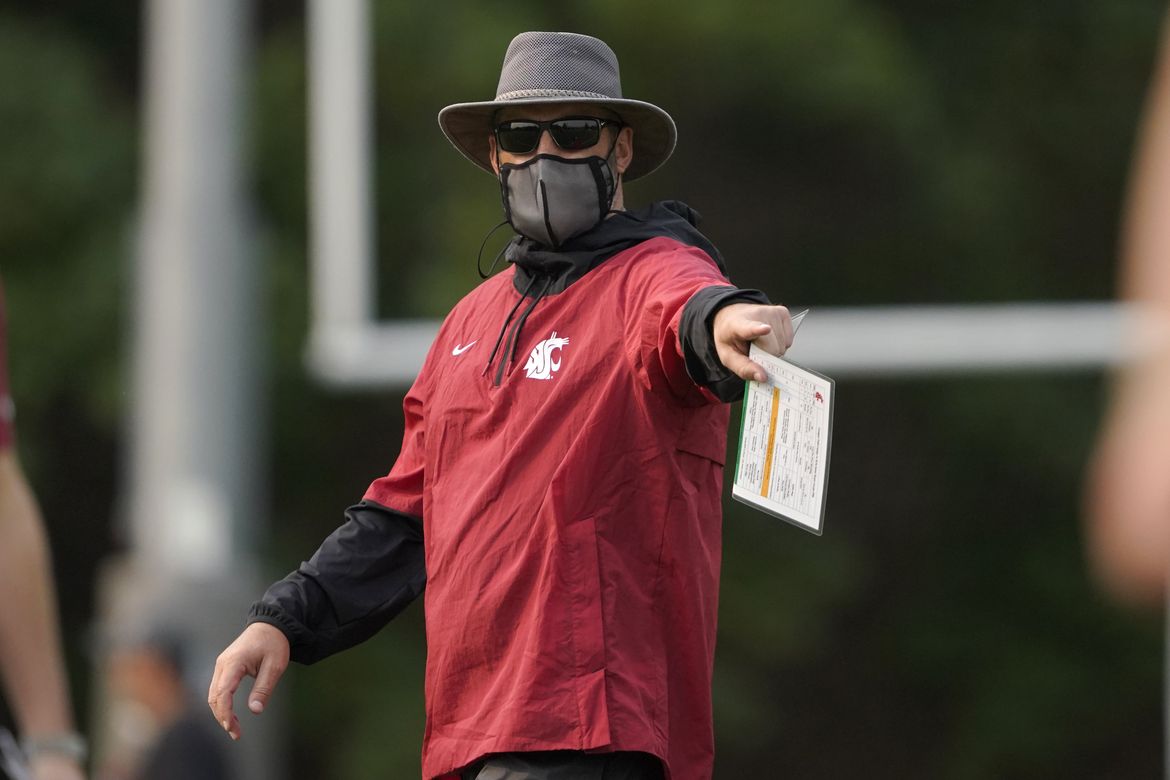 Right in the middle of all this stood Schulz and Chun. The former trying to keep his university running and open in the middle of a seemingly never-ending pandemic. The latter, already dealing with a deficit that even Elon Musk would have trouble covering, just trying to keep the football program afloat. And to justify his decision to bring Rolovich on board in the first place.

Let his hand-picked coach skate, even with strict protocols in place, and a majority of Cougar fans were going to be ticked. Come down hard on Rolovich and an even more vocal minority was going to kick and scream.

Either way, donations could suffer. And the bottom line is always aptly named, even in cases like this in which the health of students may be at stake.

Think Rolovich’s public declaration doesn’t impact the direction of the program? Washington State, according to Jon Wilner’s research, is lagging the rest of the conference in the percentage of people in the program vaccinated. If the guy in charge isn’t willing to follow common sense, why should the people in whom he is in charge do it?

Sooner or later something would have to be done.

Turns out, waiting was Chun’s best alternative. Time, circumstances and the fast-spreading delta variant took control of his decision. Well, all that and Inslee.

The governor, faced with exploding hospitalizations throughout the state, had to act to stem the rising tide. He tried persuasion. That was doomed from the start. Those who haven’t been vaccinated thus far are either dead set against it or have professed a desire to wait for the CDC to issue its final stamp of approval.

He mandated vaccines for state workers under his direct control. More persuasion for others. But the numbers of folks sick with COVID-19, a huge majority of which have yet to be vaccinated, didn’t stop ballooning. So on Wednesday the governor expanded his statewide vaccination mandate to all levels of education employees, with few exceptions.

Unless Rolovich has a “legitimate medical reason” or a “sincerely held religious belief” – if either is true and nothing has been said thus far, it would be the worst public relations failure in the school’s history – for not being vaccinated, he will have to make a decision. Either take the shots or be subject to dismissal.

It will be the state making the final decision on his employment concerning this mandate, not the WSU president or its athletic director. And it would be hard to fathom how the governor’s office could justify allowing its highest-paid employee to defy the order and still keep his job. Not if Inslee wants to keep his credibility.

There is no doubt it’s troubling that the battle against COVID-19 has come to this. It shouldn’t be this way. We should be looking back at the virus. We shouldn’t have to wonder what the future holds. And yet here we are.

After the governor’s pronouncement Wednesday, Nick Rolovich faces a choice. He’s not alone in that. Many people in education, health care and other areas of employment face the same one. It’s just none, individually, are as visible as Washington State’s football coach.

And none have more to lose. 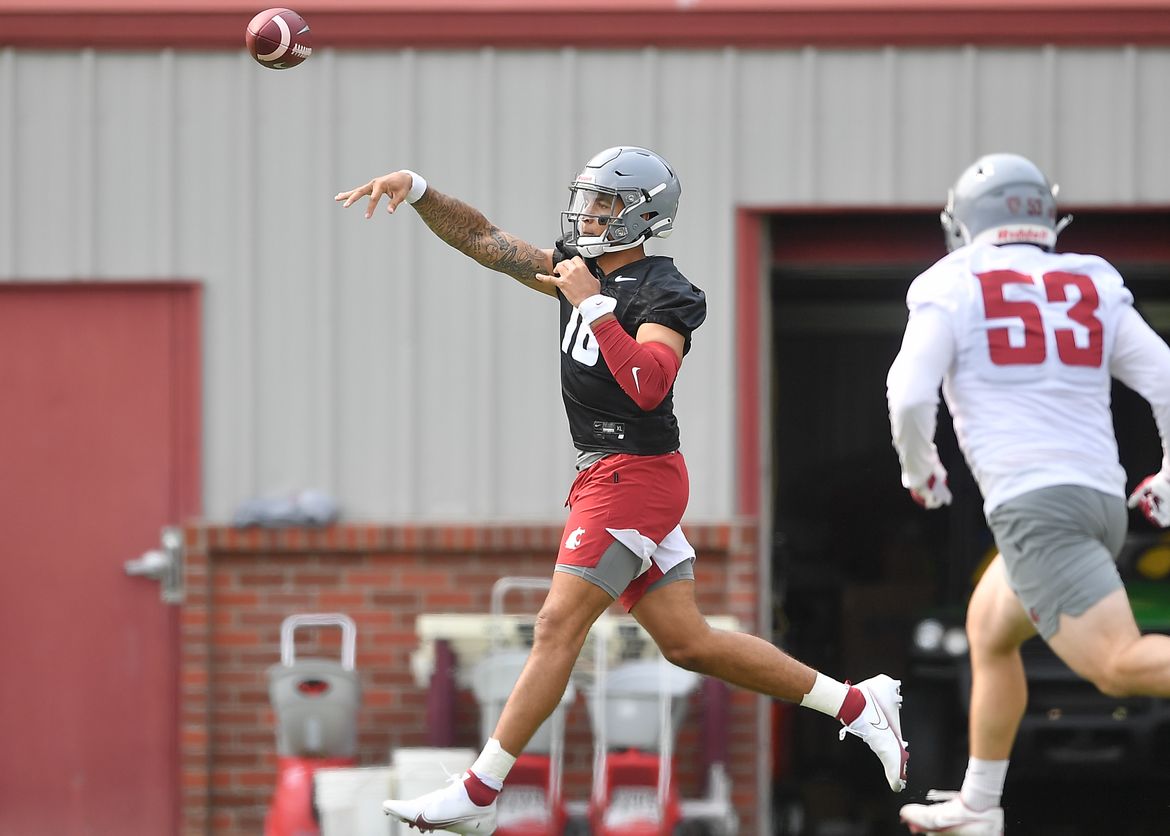 WSU: Of course Colton Clark has coverage of the governor’s mandate in today’s S-R. But that’s not all. He also has this notebook from the 11th day of practice. And, no, a decision hasn’t been made about who starts at quarterback. … We mentioned this above. Jon Wilner has a look at vaccination rates around the conference. He also has a stock report. … Jim Moore, writing in the News Tribune, addresses the Rolovich vaccination situation. … So do others. … Elsewhere in the Pac-12 and college sports, John Canzano has some thoughts about vaccinations as it relates to fans. He thinks it is time for colleges to ban the unvaccinated from games. … What’s been going on at Washington? A lot actually. Especially with the inside linebackers. … A lot was certainly going on in 1991. … Oregon will rely on young wide receivers to start the season. … Oregon State has done a great job of keeping its offensive line healthy and productive. … Colorado may have a new starter at right tackle. … Utah is known as a defense-first school. And a lot of that has roots in history. As well as a history of great safeties. … UCLA starts a week earlier than most of the Pac-12. Masks will be needed to watch in person. … USC has another talented young tight end. … Don’t ask about Arizona State’s problems with the NCAA. … You also won’t get an answer if you ask who Arizona is going to start at quarterback. And you don’t have to wear masks at games.

Gonzaga: Drew Timme seems like the most obvious Zag to cash in on NIL. And he’s teamed up with someone from his past to get that done. Theo Lawson has all the particulars in this story. 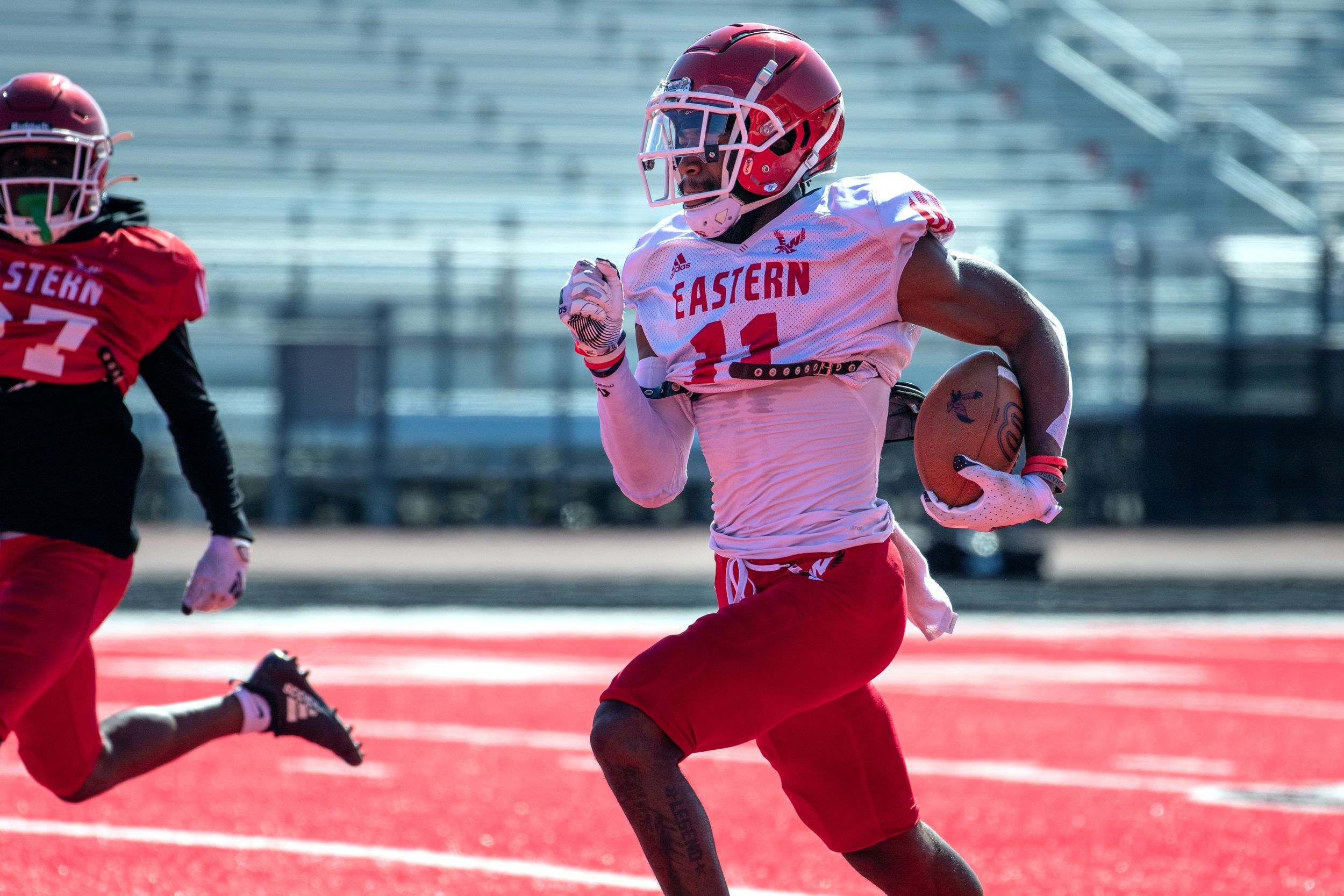 EWU: The Eagles held their first official scrimmage Wednesday and Dan Thompson and Colin Mulvany were there. Dan has the story and Colin the photo report. If you are want to know without hitting the links, the offense dominated. … Larry Weir’s latest Press Box podcast focuses on conference football news. … Around the Big Sky, another preseason All-American team is out. … Montana State is replacing is specialists. … Weber State doesn’t have that problem at linebacker. … A couple of Northern Arizona players have known each other for a long time. … Yes it is.

Preps: Football practice began yesterday in Washington and it began with decent weather. Whether that will last is the big question. Anyhow, Dave Nichols has coverage of the first day of the 2021 season.

Indians: Dave also headed out to Avista Stadium, where the smoke postponed Tuesday night’s game. No such problem Wednesday. But the Hillsboro hitters had huge problems with the Indians’ pitching. Dave has the story of Spokane’s 5-0 win. 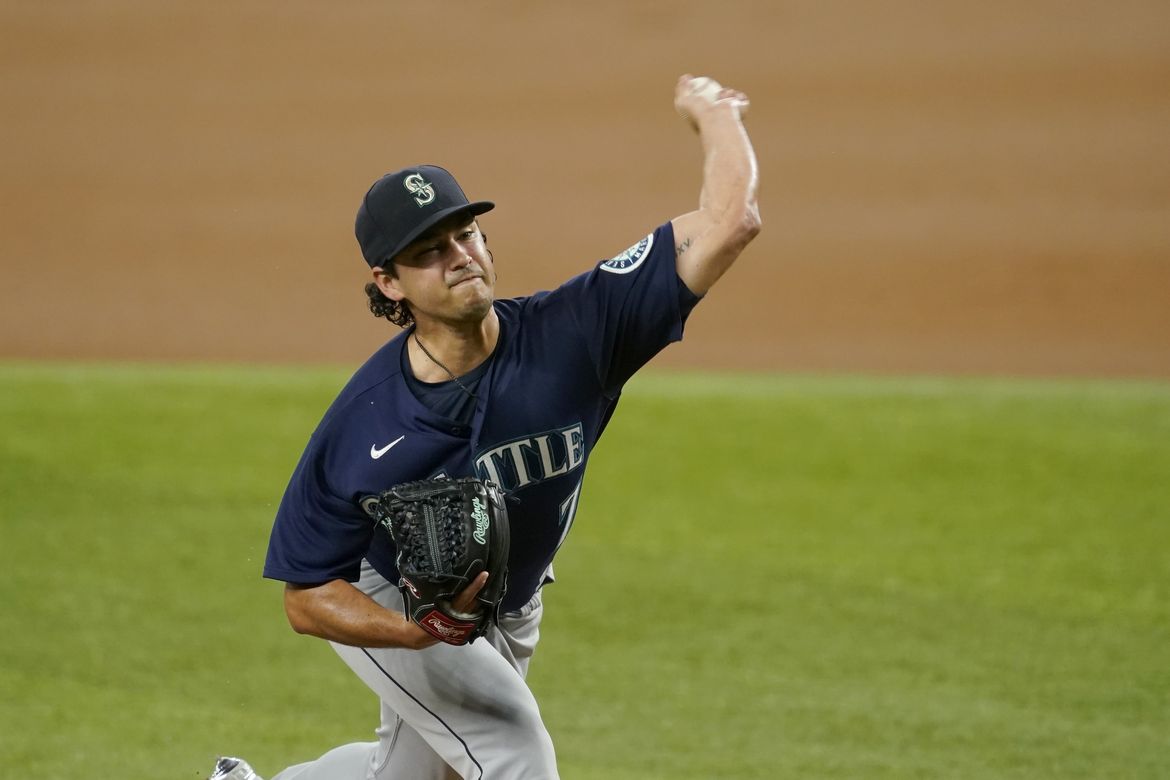 Mariners: Pitching was also once again the story for the Mariners. Marco Gonzales once again was spot-on, literally, making all the pitches he needed to in the M’s 3-1 win. At nine games over .500 (tying the season’s best), Seattle is three games out of the second wild-card spot. … Paul Sewald has emerged as one of the Mariners best bullpen options. … You can make your spring plans now.

Seahawks: Now that Jamal Adams is back practicing, Duane Brown is next up, right? Russell Wilson sure wants something done in that regard. The quarterback has mended his fences with the offensive line but he needs Brown protecting his blind side.

Sounders: Seattle rested much of its top talent and still found a way to defeat Dallas on the road, 1-0. Raul Ruidiaz scored the only goal about a second after subbing in during the second half.

Storm: With its two top stars sitting again, Seattle lost another game, this one 83-79 at New York.

• I’m 100 percent sure you know how I feel about the COVID-19 vaccine. And, yes, it colors how I view the virus’ impact on everything related to sports. Of course, that’s what this column is for. I share my views. It’s so sad we’ve somehow lost trust in institutions that are made up of people who dedicate their entire career to making others’ lives better. Right now I’m referring to the medical community, who not only saw a pandemic coming, they got ready for it, worked unceasingly to prepare a vaccine and dedicated hours treating those impacted by the virus, all with the idea at some point we could get it under control, in this country at least. All that work has been undermined. And such issues like what Washington State football faces surfaced when they never should have. It’s sad. Exhausting. And such a waste. Until later …