By Shafiq Moltafet The Spokesman Review

Nathaniel Rateliff & the Night Sweats headlined the Pavilion at Riverfront on Sunday night.

Nathaniel Rateliff & the Night Sweats performed at the Pavilion at Riverfront on Sunday night welcomed by triple-digit weather and a crowd of nearly 4,000 concertgoers.

The concert kicked off with an opening set by Matthew Vasquez and his band Delta Spirit, an indie-rock group based in San Diego.

The crowd blanketed nearly all of the grass with picnic chairs and beach towels as they waited for the main show.

Around 8 p.m., Rateliff took the stage with his hit “Hey Mama” from his 2018 album “Tearing at the Seams.” The Denver-based singer displayed his wildly soulful voice that matched the instrumentation of his band.

Playing alongside band members Joseph Pope on bass, Mark Shusterman on keyboard, Luke Mossman on guitar, Patrick Meese on drums and Scott Frock on trumpet, Rateliff made sure to keep the crowd on its toes, changing the pace of the concert with every few songs. 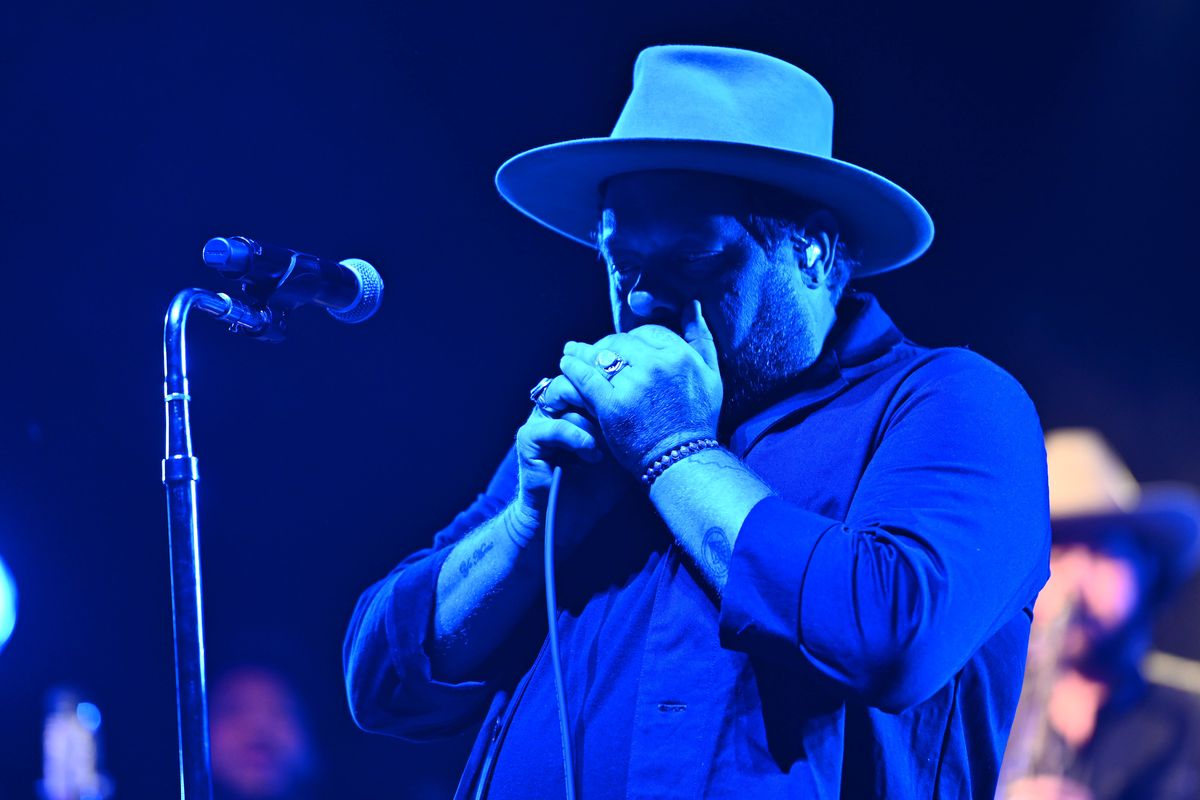 Nathaniel Rateliff performs with the Night Sweats on Sunday, Aug. 15, 2021, at Pavilion at Riverfront Park.  (James Snook/For The Spokesman-Review)

The concert scene made perfect for tipsy guests who absorbed the beats and joined in the rock and for those preferring the tempo at a distance.

Outside the concert, vendors kept ground for hours as concertgoers rushed to quench their thirst during the warm night. At one point, Rateliff took aim at the heat, which he deemed unexpected from the Inland Northwest and compared it to Colorado.

During the last hit, concertgoers stood up to show appreciation and give support to Nathaniel Rateliff & the Night Sweats.

A mix of traditional soul, robust country and blues, Nathaniel Rateliff & the Night Sweats rose to fame in 2015 after the release of their debut self-titled album.

Now with more than 2 million monthly Spotify listeners, Rateliff has become known as “a local folk pop hero,” according to the New York Times.

Earlier this year, Rateliff made his debut with a heartfelt performance on “Saturday Night Live” nearly one year after the release of “And It’s Still Alright,” which received critical acclaim.

The record debuted at No. 1 on Billboard’s Americana/Folk chart, landed at No. 2 on the Current Rock chart and remained at No. 1 on the Americana Albums Chart for eight consecutive weeks.

Shafiq Moltafet is a high school summer intern, and he begins his senior year at Mead High School in the fall. Moltafet can be reached at (509) 459-5150 or at shafiqm@spokesman.com. Moltafet’s reporting is being funded by a grant from Bank of America.